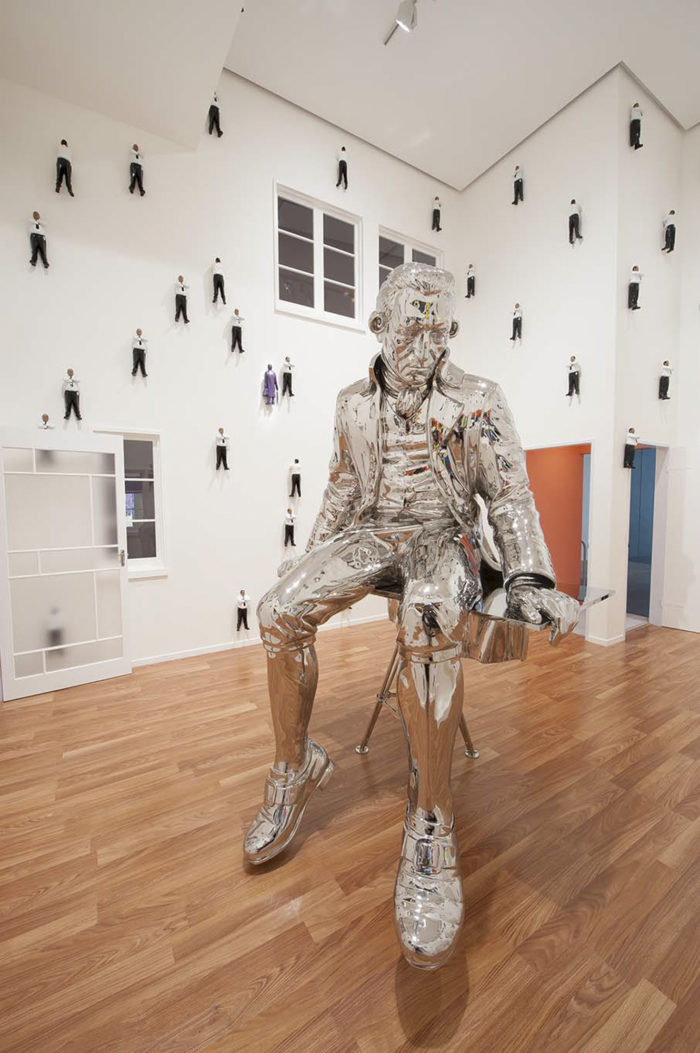 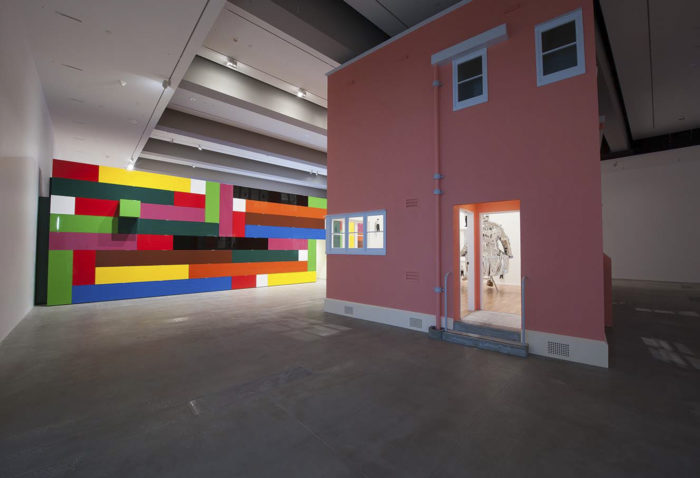 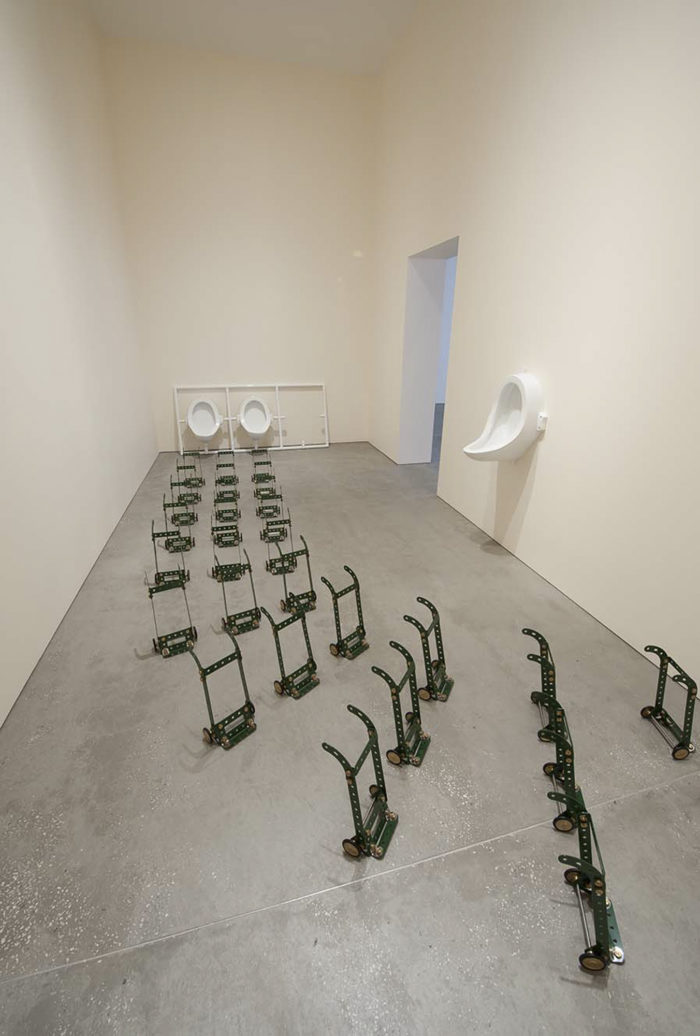 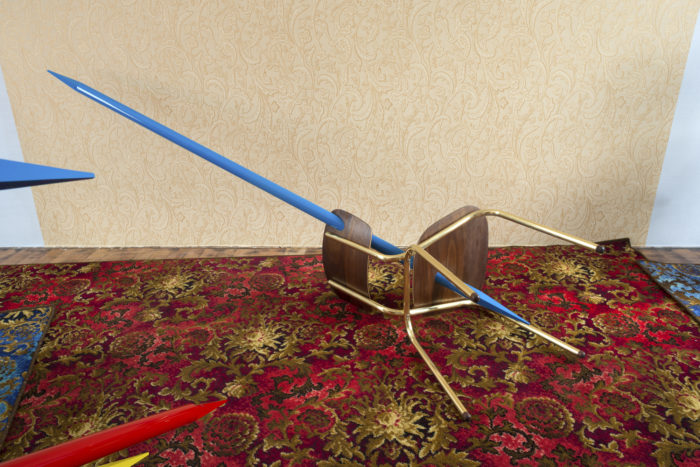 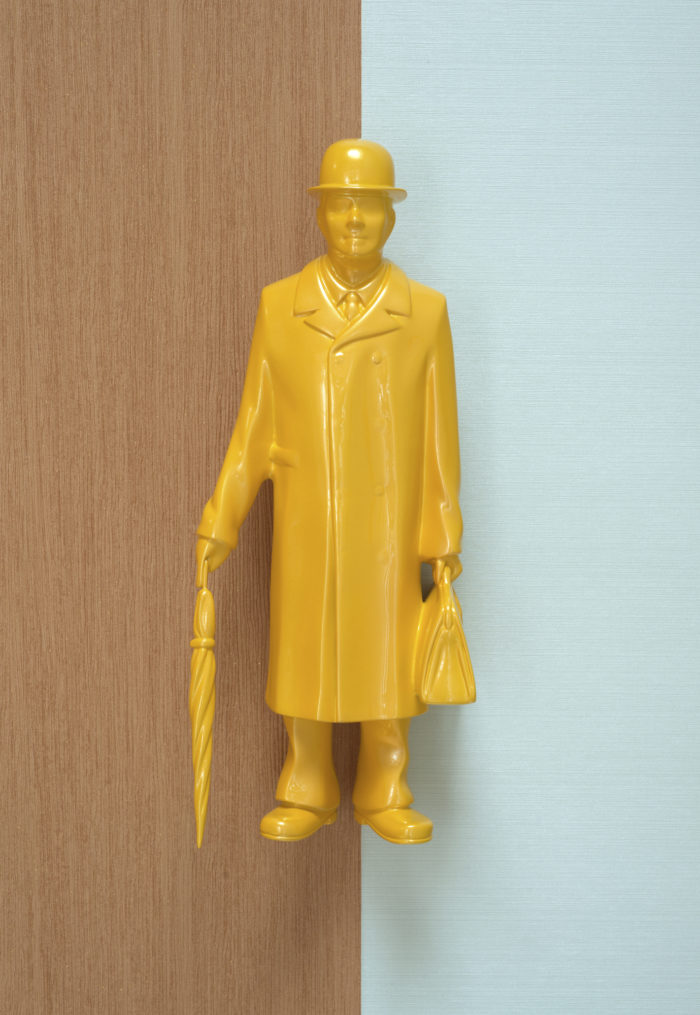 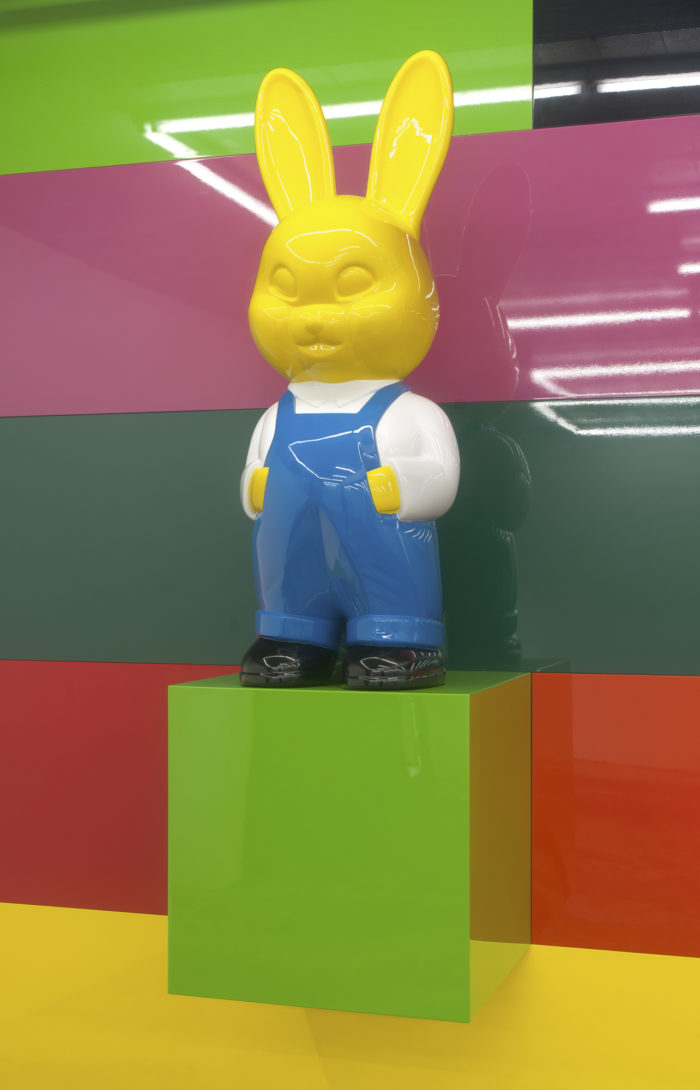 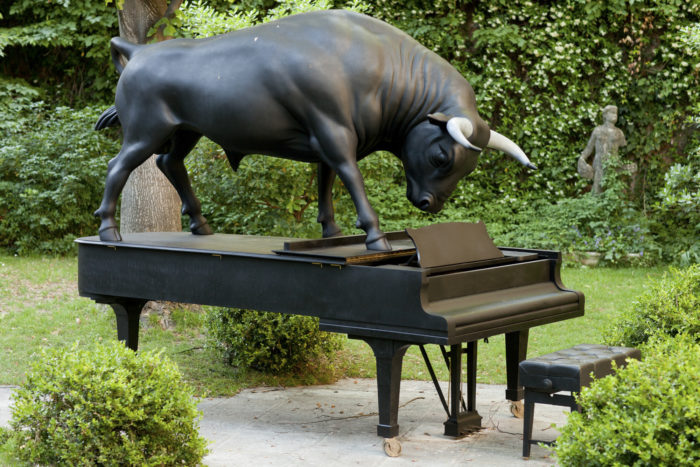 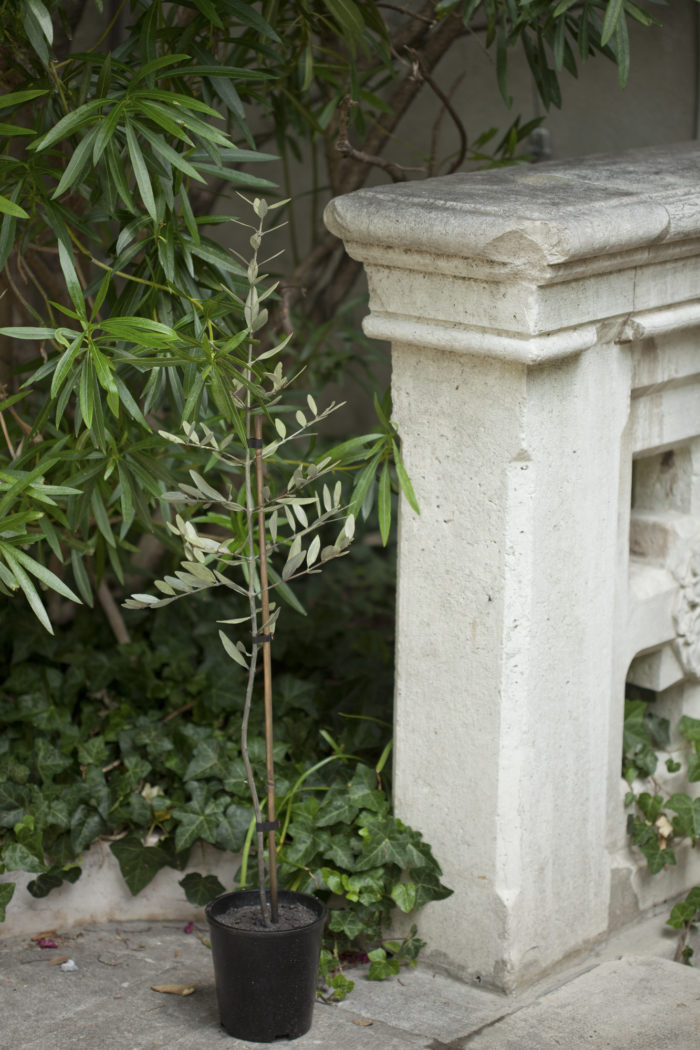 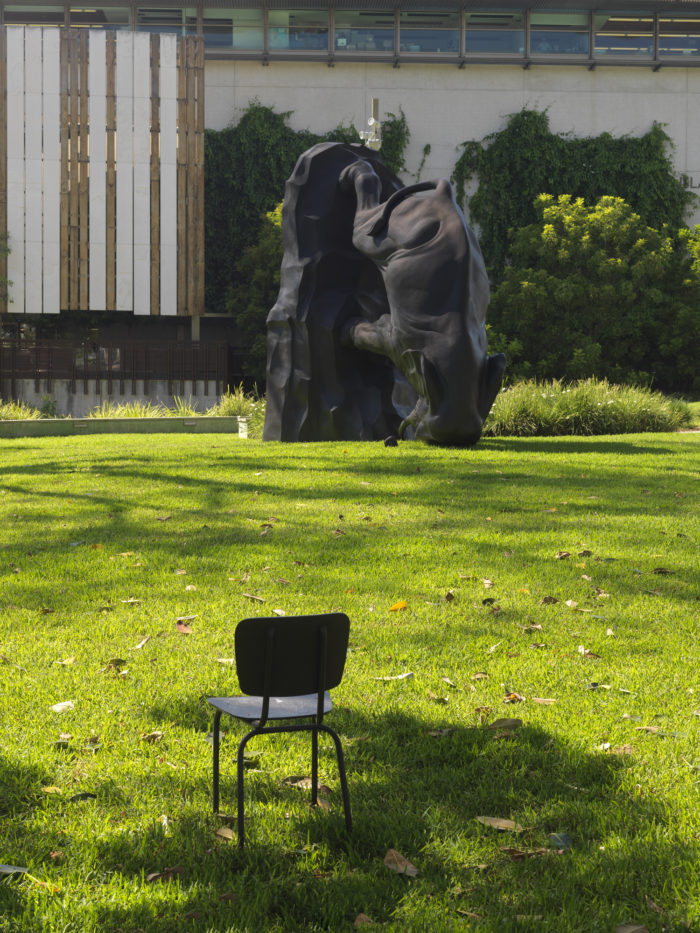 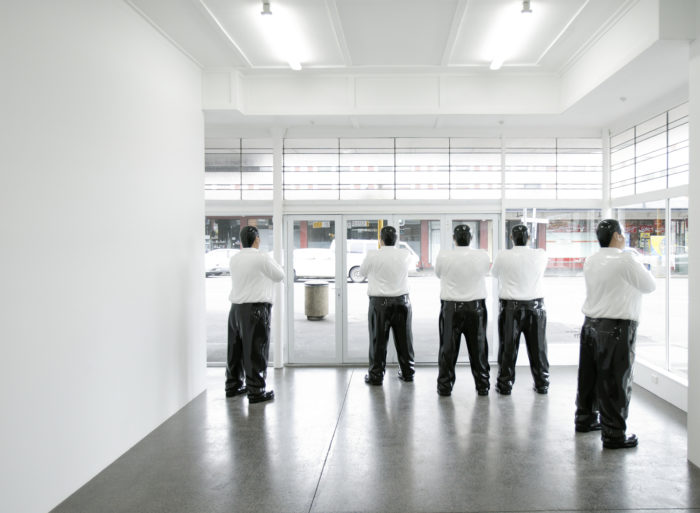 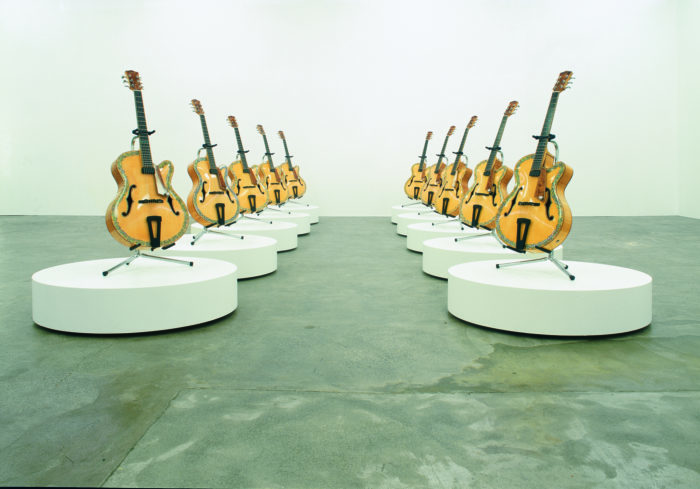 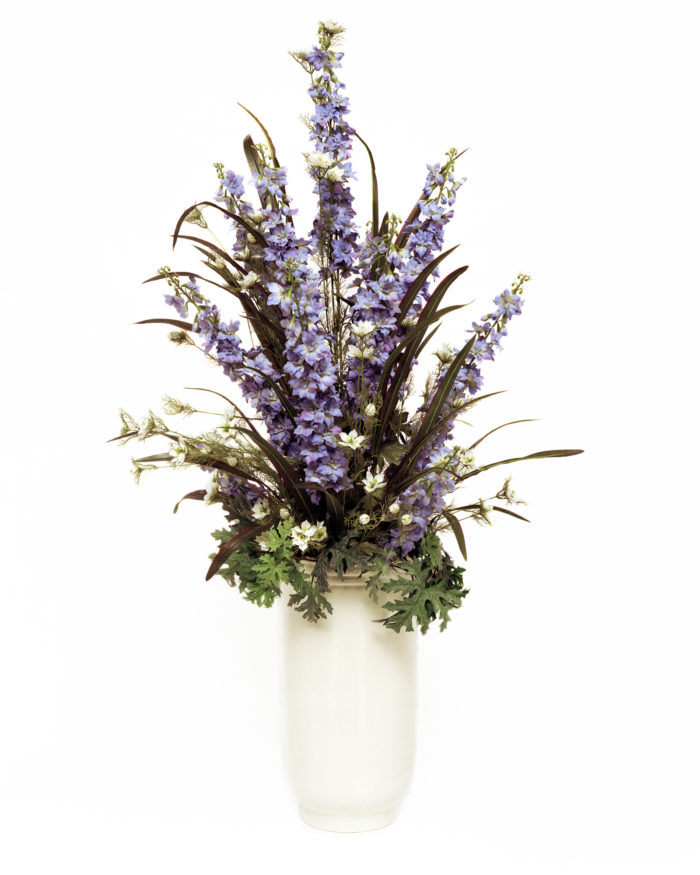 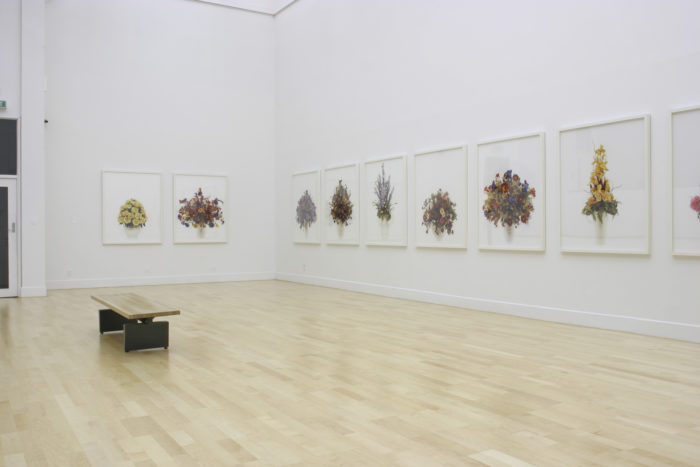 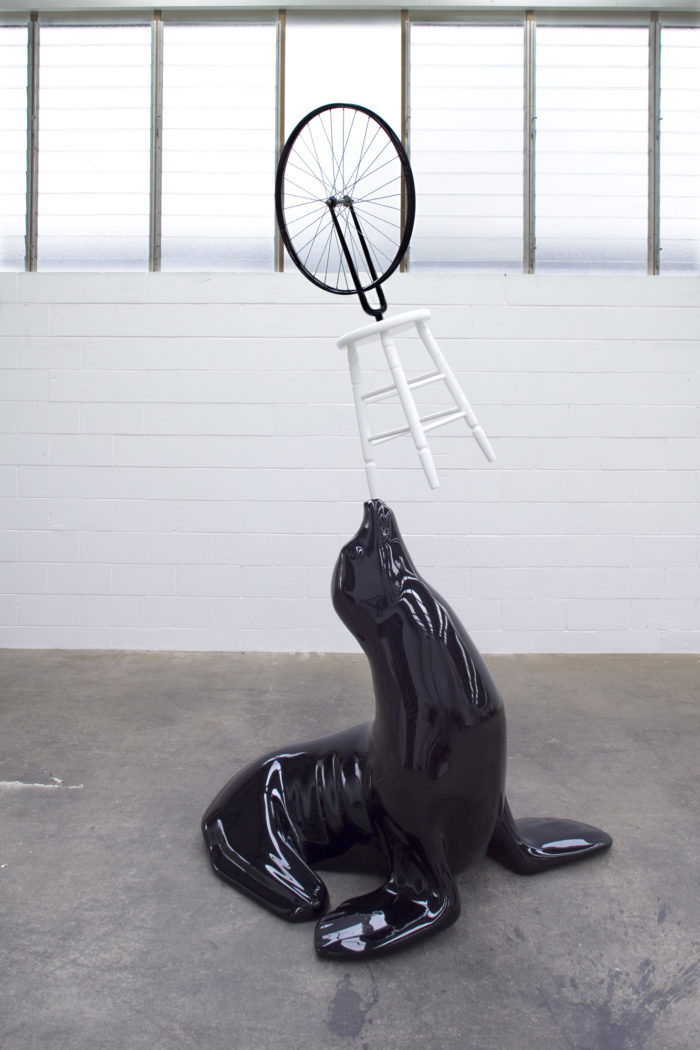 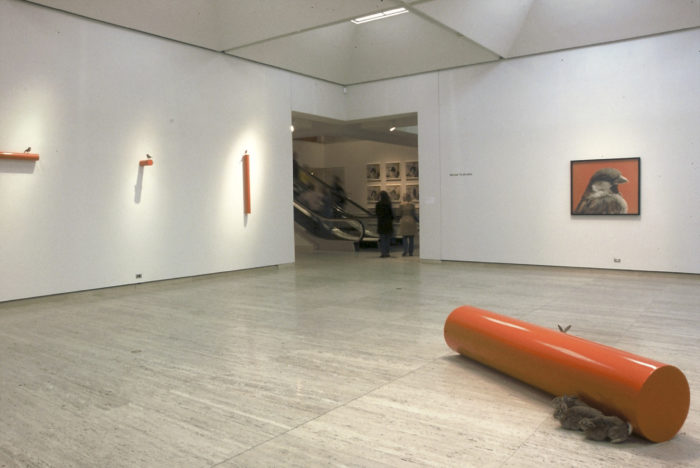 Michael Parekōwhai, (The world may be) Fantastic: 2002 Biennale of Sydney,
Installation view, 2002 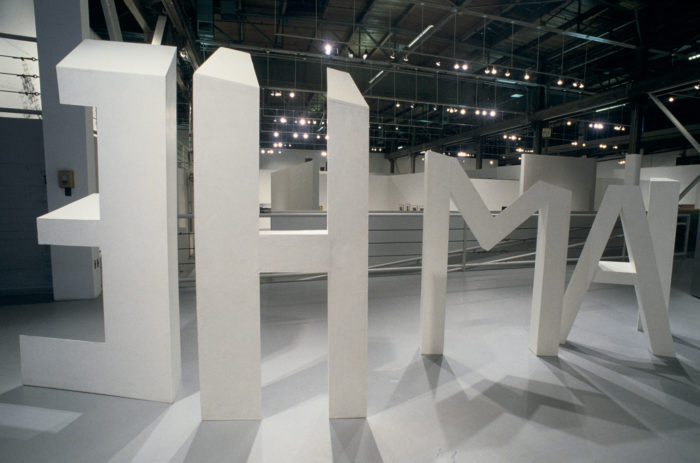 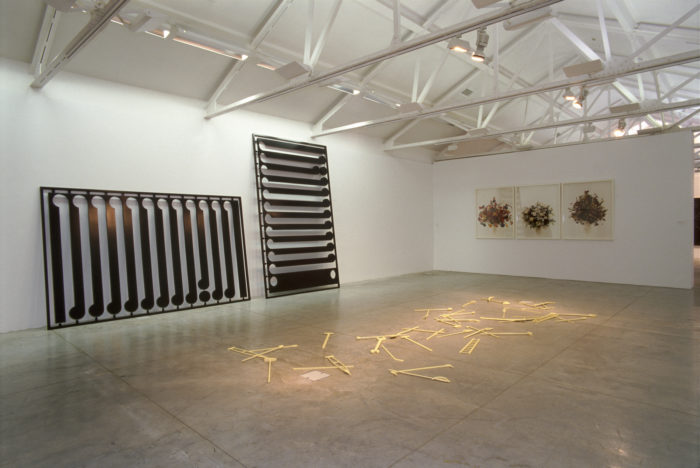 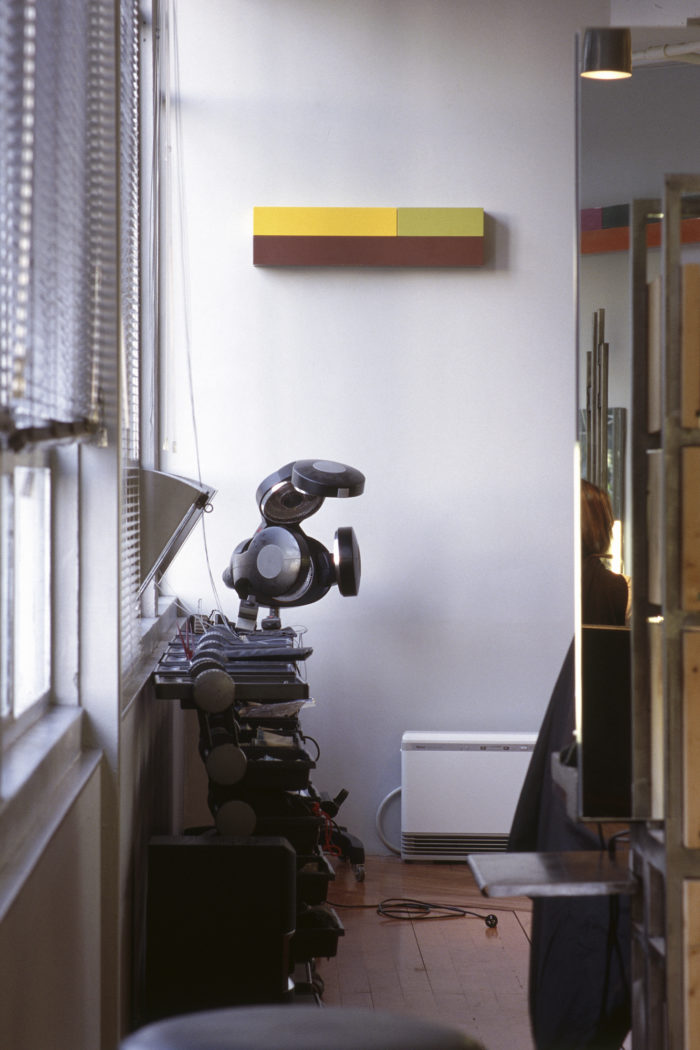 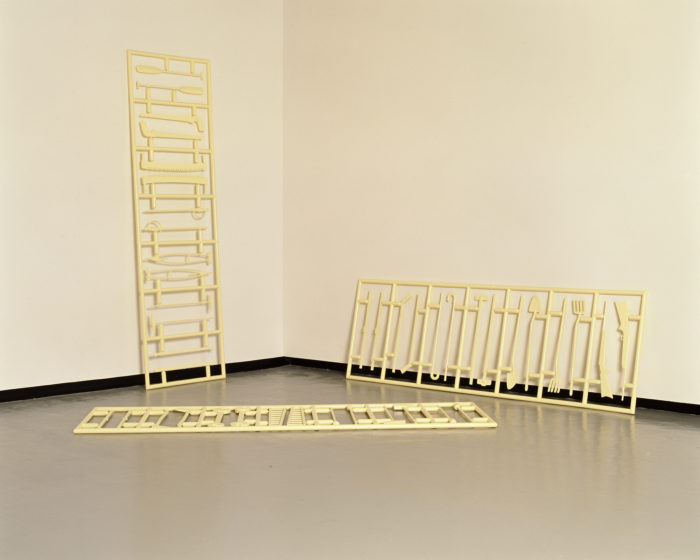 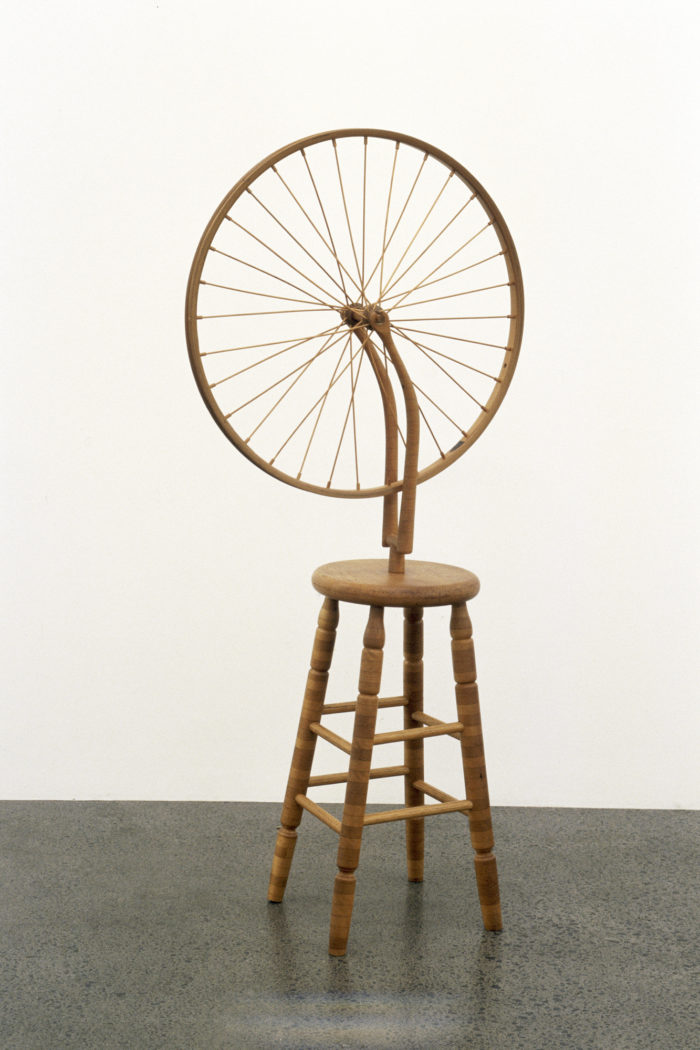 Michael Parekōwhai draws upon an abundant range of both vernacular and collective vocabularies in his work. He re-manufactures these lexicons into complex narrative structures and formal languages, exploring perceptions of space, the ambiguities of identity, the shifting sensitivities of historical memory and the fluid relationship between art and craft. Ideas of camaraderie, tools of teaching and childhood learning, as well as quotes from modern art history and popular culture, also play out in many of Parekōwhai’s stories. While his work is often described as emphasising the extraordinariness of the ordinary, each body of work has layers of potential for meaning and significance – they are open to any depth of interpretation and storytelling.

Michael Parekōwhai was born in Porirua, New Zealand in 1968, of Maori (Ngati Whakarongo) and Pakeha descent. Parekōwhai graduated with a BFA (1990) and MFA (2000) from the University of Auckland’s Elam School of Fine Arts, and in 2001 became an Arts Foundation of New Zealand Laureate. Notable exhibitions include a recent retrospective at the Queensland Art Gallery of Modern Art (2015), the Asia Pacific Triennial (2006-2007), the Gwangju Biennale (2004); Sydney Biennale (2002), Headlands, MCA, Sydney (1992). He currently holds the position of Professor in Fine Arts at the University of Auckland and lives and works in Auckland, New Zealand.

Michael Parekōwhai, (The world may be) Fantastic: 2002 Biennale of Sydney, Installation view, 2002