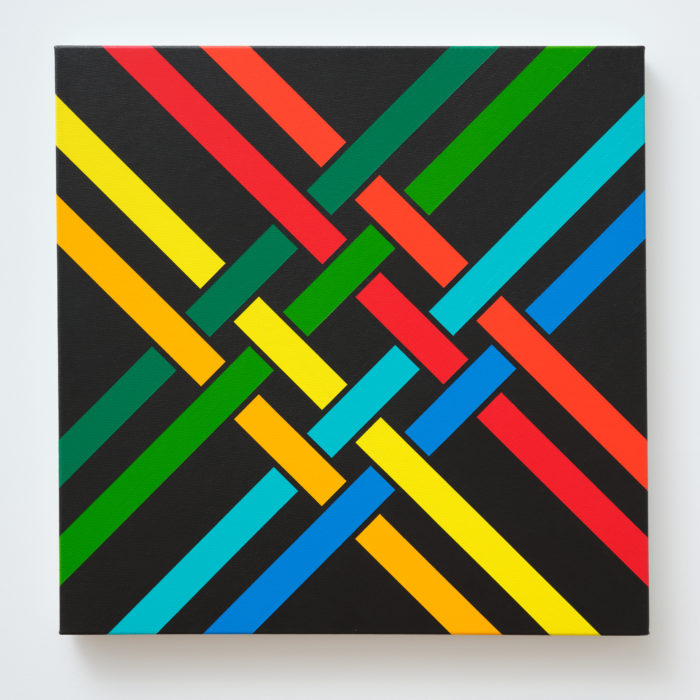 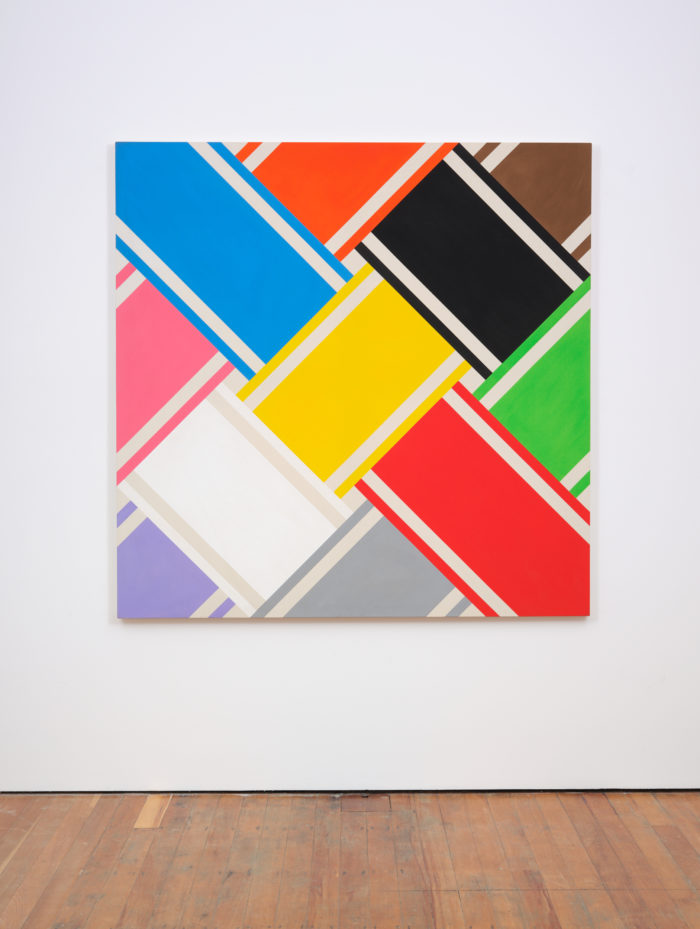 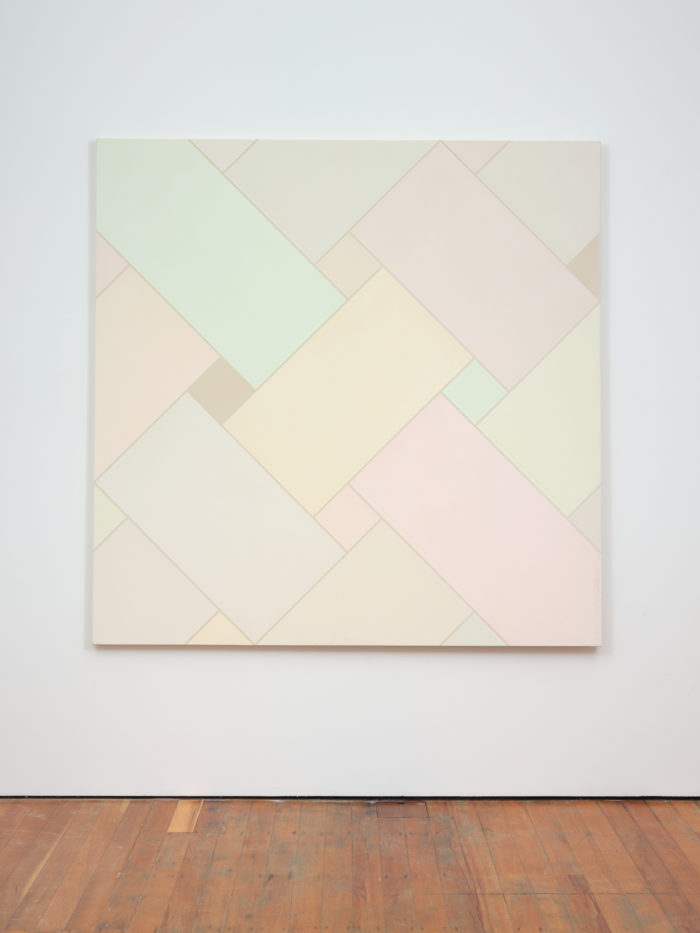 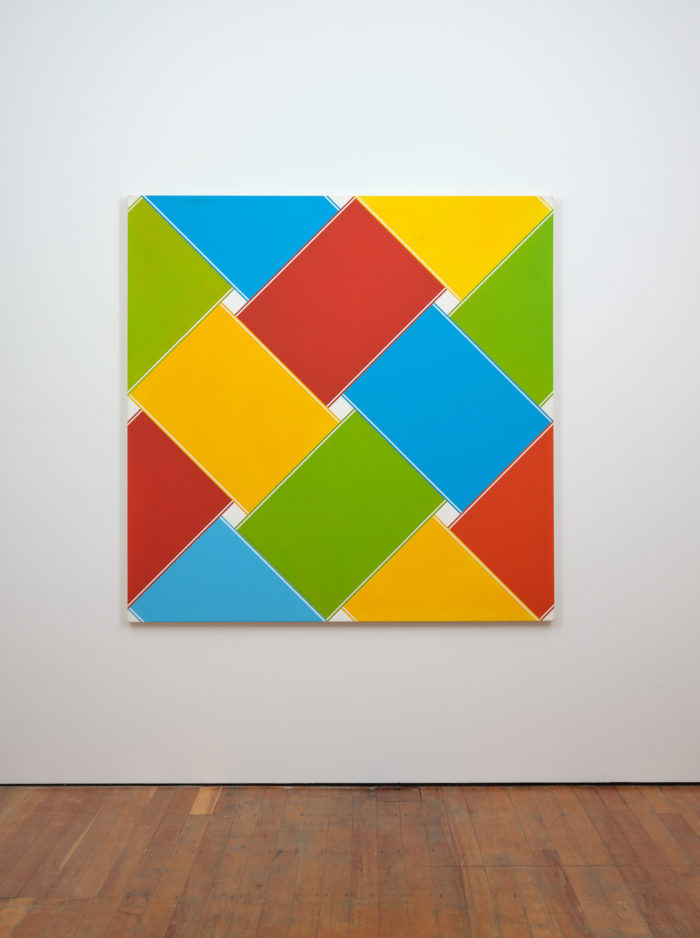 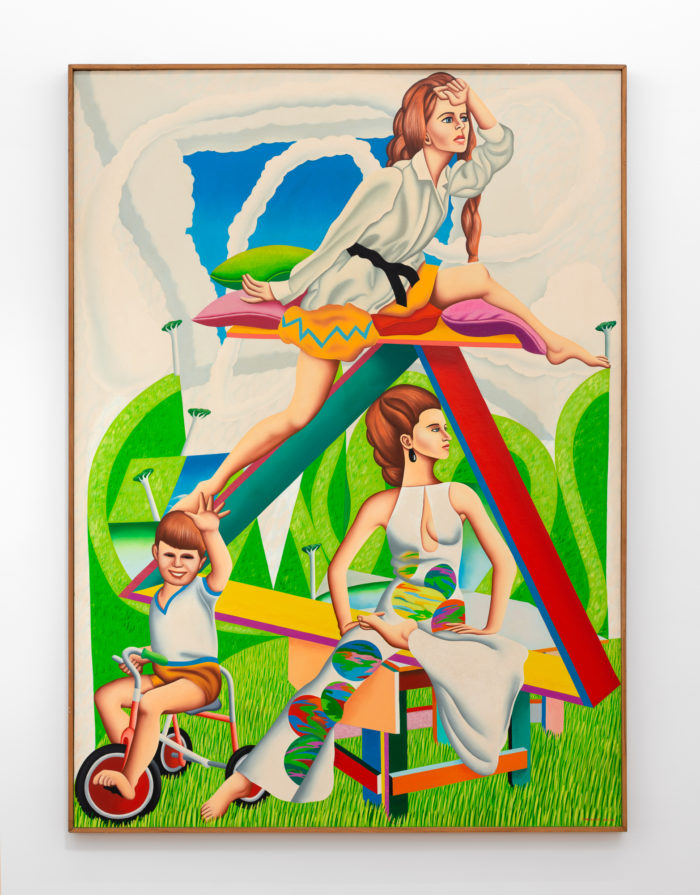 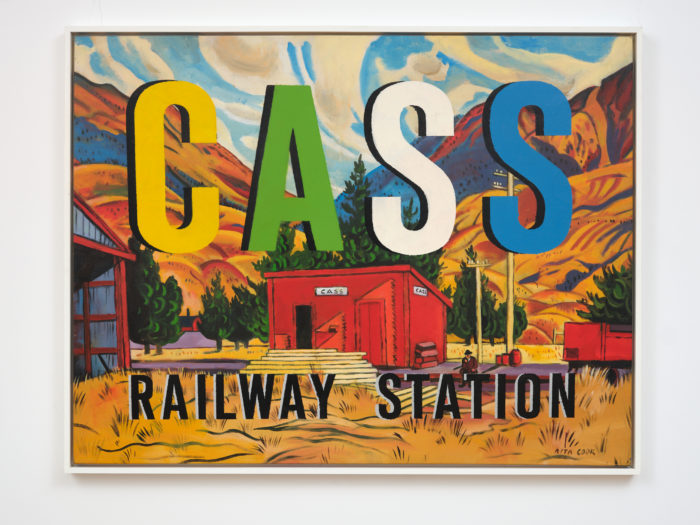 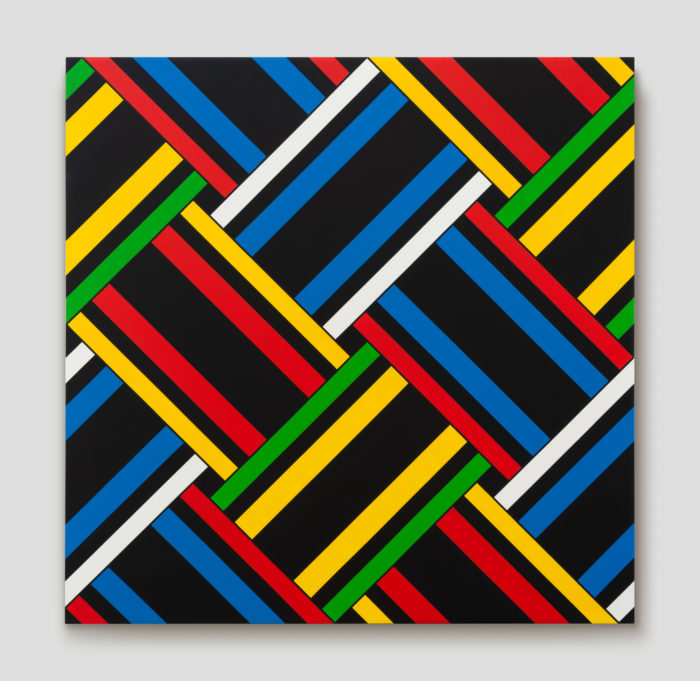 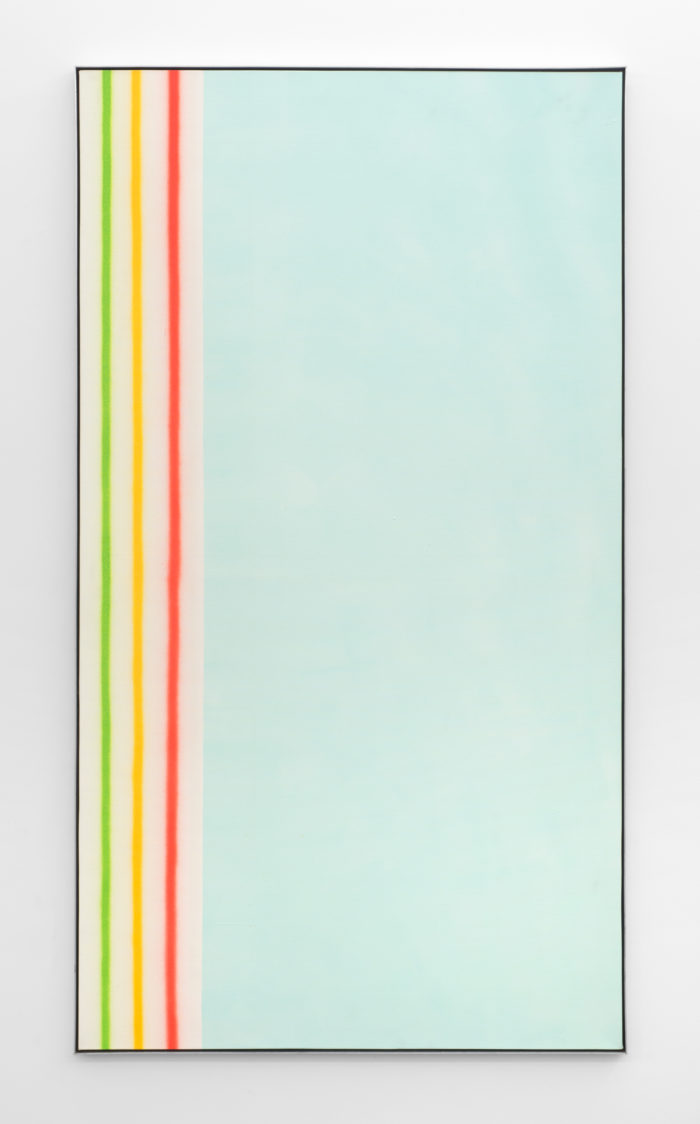 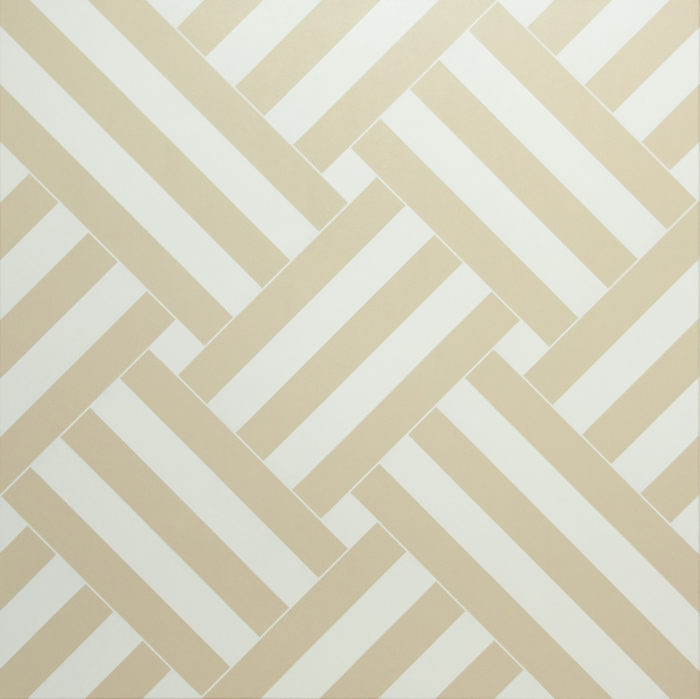 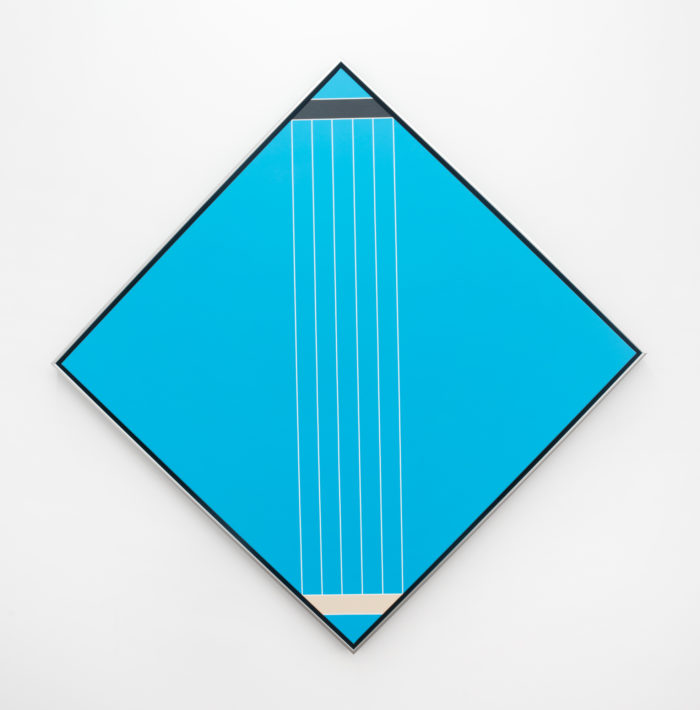 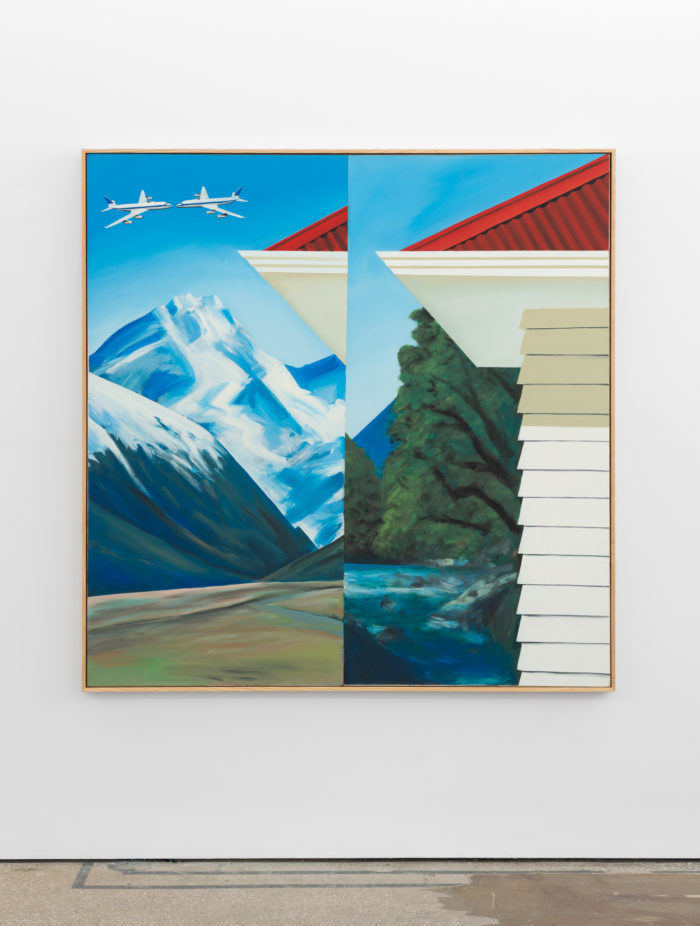 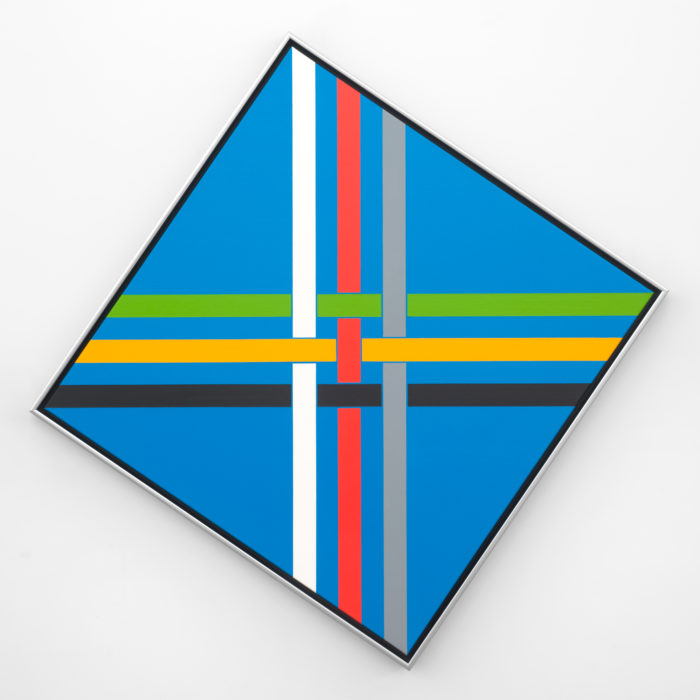 Ian Scott was a New Zealand painter who, over the course of a fifty-year career, consistently pushed the boundaries of representation and appropriation in New Zealand art. Scott began his career working as a landscape painter, responding to the tradition of hard-edged regionalism that dominated New Zealand art. However, by the early 1970s he began drawn on trends in international Modernism, bringing a much needed internationalism into New Zealand’s parochial scene. In particular, the geometric abstraction of American painters like Kenneth Noland and Morris Louis increasingly informed Scott’s practice.

In 1975, Scott began his ‘Lattice’ series, a mode that would dominate his output in the late 1970s, and one which he would frequently return to over the course of his career. The rules of the ‘Lattice’ system were flexible, with many variations produced across Scott’s engagement with the motif, but the archetypal ‘Lattice’ painting sees diagonal bands of colour interlaced across a square canvas. Coloured bands, marking the boundaries of deep stretches of black, reach to and beyond the edge of the canvas, capturing Scott’s desire for a ‘feeling of balanced tension between the sense of movement and expansion of the diagonals and the self-contained nature of the image’ (Art New Zealand 13: Spring 1979).