Zac Langdon-Pole´s studio exhibition «scions» brings together works created during his time as Charlotte-Prinz-Fellow in Darmstadt from 2016 to 2018. The New Zealander´s artistic practice revolves around the histories of objects, their interpretations and the fantasies they fuel. In his installations he uses things of different origins, inherited furniture, meteorites, bird specimens, or texts and takes up various narratives to put the seemingly disparate in relation to one another. By combining different objects, removing parts of them or substituting them with other pieces, he traces various connections between cultures, locations and times. He also refers to gaps and deals with the the way different configurations of objects affect the identity and reading of things. Thus his works question seemingly unambiguous identifications and follows the traces in the histories of objects left by migration, colonialism, exotism and cultural exchange. 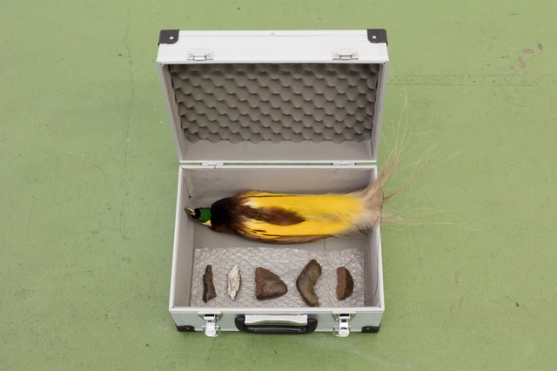