Taking the form of an imagined tertiary institution of two classrooms, Serene Velocity in Practice is based on two seemingly unrelated academic courses, MC510 and CS183, which were modules taught for a short time in Californian higher-learning institutions – one by Vineyard Ministries founder, John Wimber, the other by Silicon Valley entrepreneur and venture capitalist, Peter Thiel.

Both academic courses referenced in the installation were transformative in their respective fields, and each quickly developed a mass following globally, resulting in best-selling books and a multitude of spin-off courses.

While previously unrelated, Stevenson brings these two courses together in Serene Velocity in Practice as an installation of two conjoined structures. 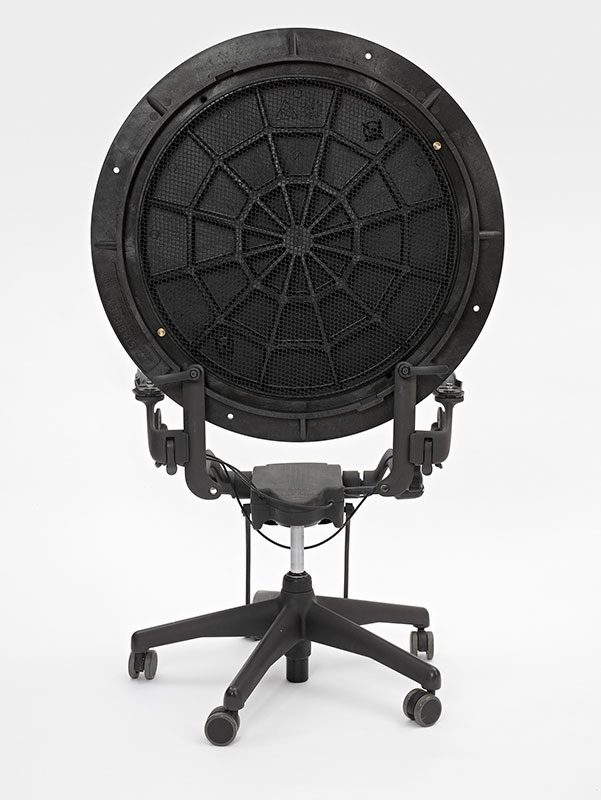