The Promise is an exhibition and events series that explore the city as a political space, and the role of architecture and design in shaping a context for our lives. With more people than ever living and working in urban agglomerations and with a growing importance of commercial and political centers, the space of the city has become one of the most contested issues of today. The Promise highlights the complex organization of space through the built environment, but also the invisible structures of ownership, policies and legal regulations that control access to resources and determine social interactions. Engaging specifically with the surrounding of Index and the city of Stockholm, the project consists of a series of newly commissioned artworks by Swedish and international artists. In addition, the exhibition presents an extensive selection of works, materials and documents that trace the history of urban struggles, conflicts and resistance, a series of talks and events, and a three-part film program throughout the summer.

Questions the project deals with are: How do a city’s inhabitants live together, and how does the city’s design – its architecture, urban design, landscape, and infrastructure – impact on the conditions of living? Since the early modernist movement, design has often been considered to have a critical social function. Revolving around a minimum standard of living and equal access to space, air, light, and water, modernist planning was a promise for a better society for all. On the other hand, planning can only create frameworks for living, and the power of design to shape a new reality has been overestimated, neglecting the many and diverse relationships between people and their environment. Late-modern planning since the 1960s – from the impressive yet ambivalent Million Program to the modernization of Stockholm’s city center – marks a paradoxical moment, in which design principles with ambitious social ideas created spatial solutions with often significant shortcomings, and many were met with resistance. After the deregulation of housing policies since the 1990s, various forms of divisions within the city of Stockholm have become more profoundly articulated, especially in terms of the housing market, leading to a stark dynamic of gentrification, segregation, and social inequality. The Promise engages with what the geographer David Harvey described as “the right to the city” – the possibility to not only access urban resources, but also the ability to impact on space in order to change the way we live. 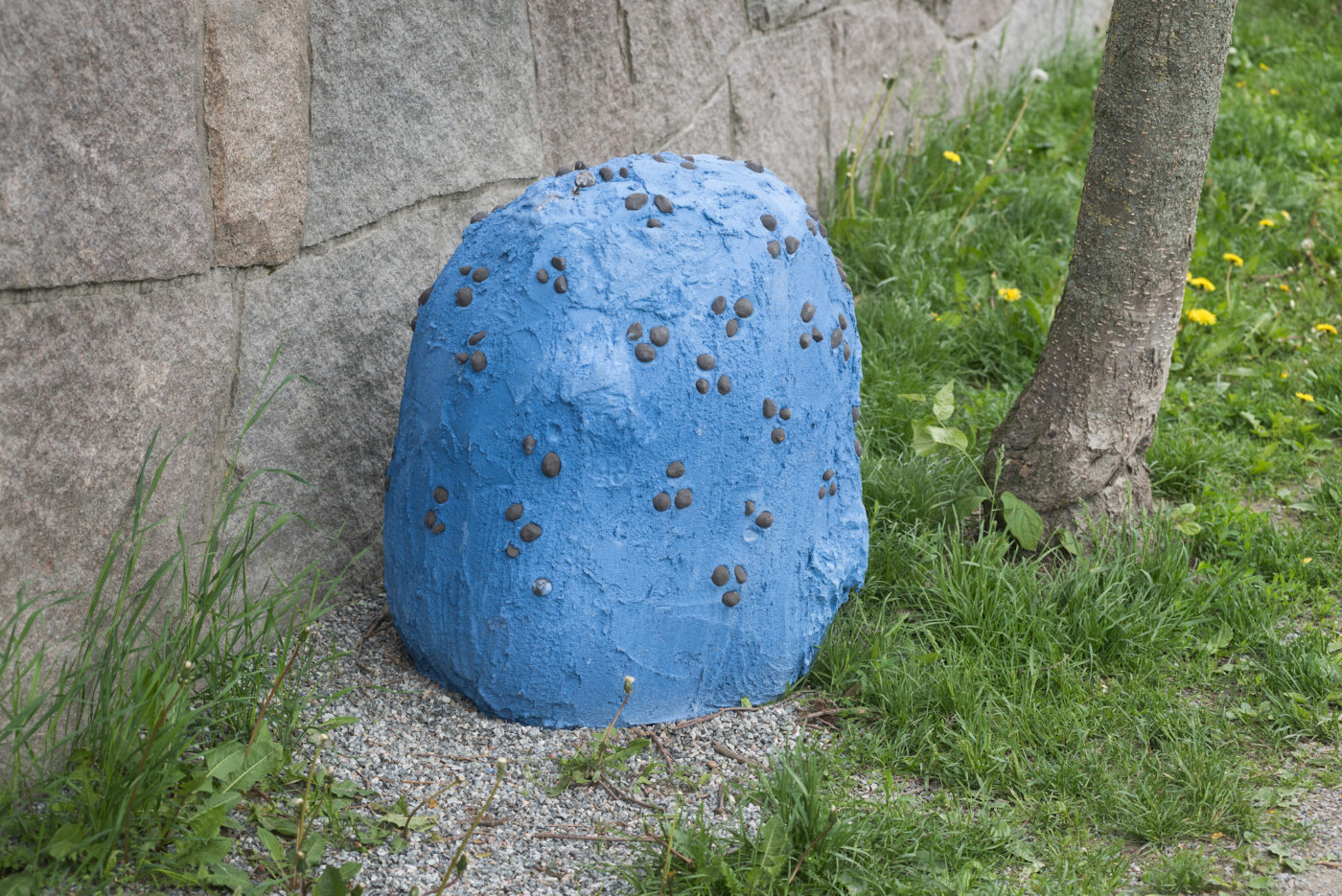 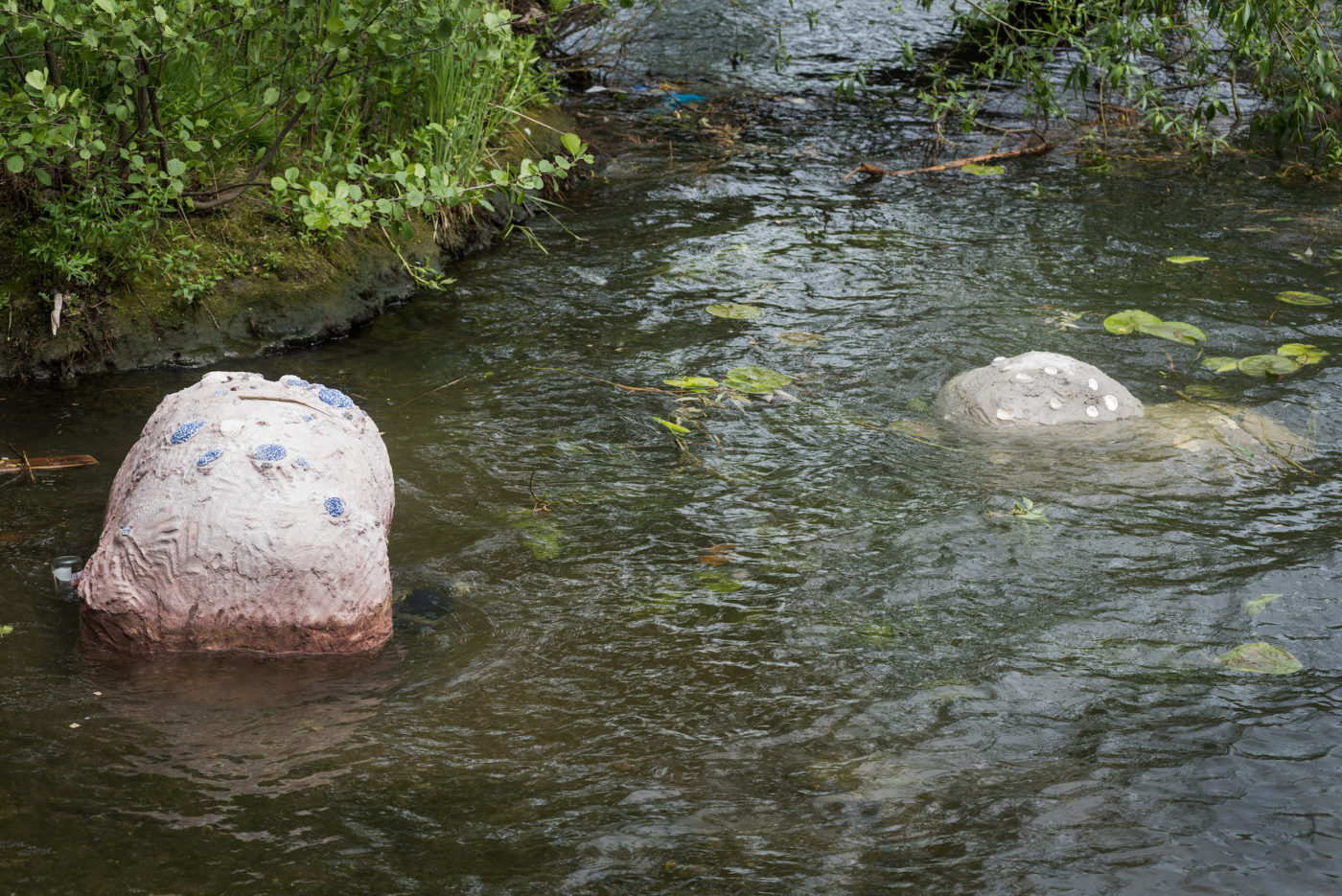 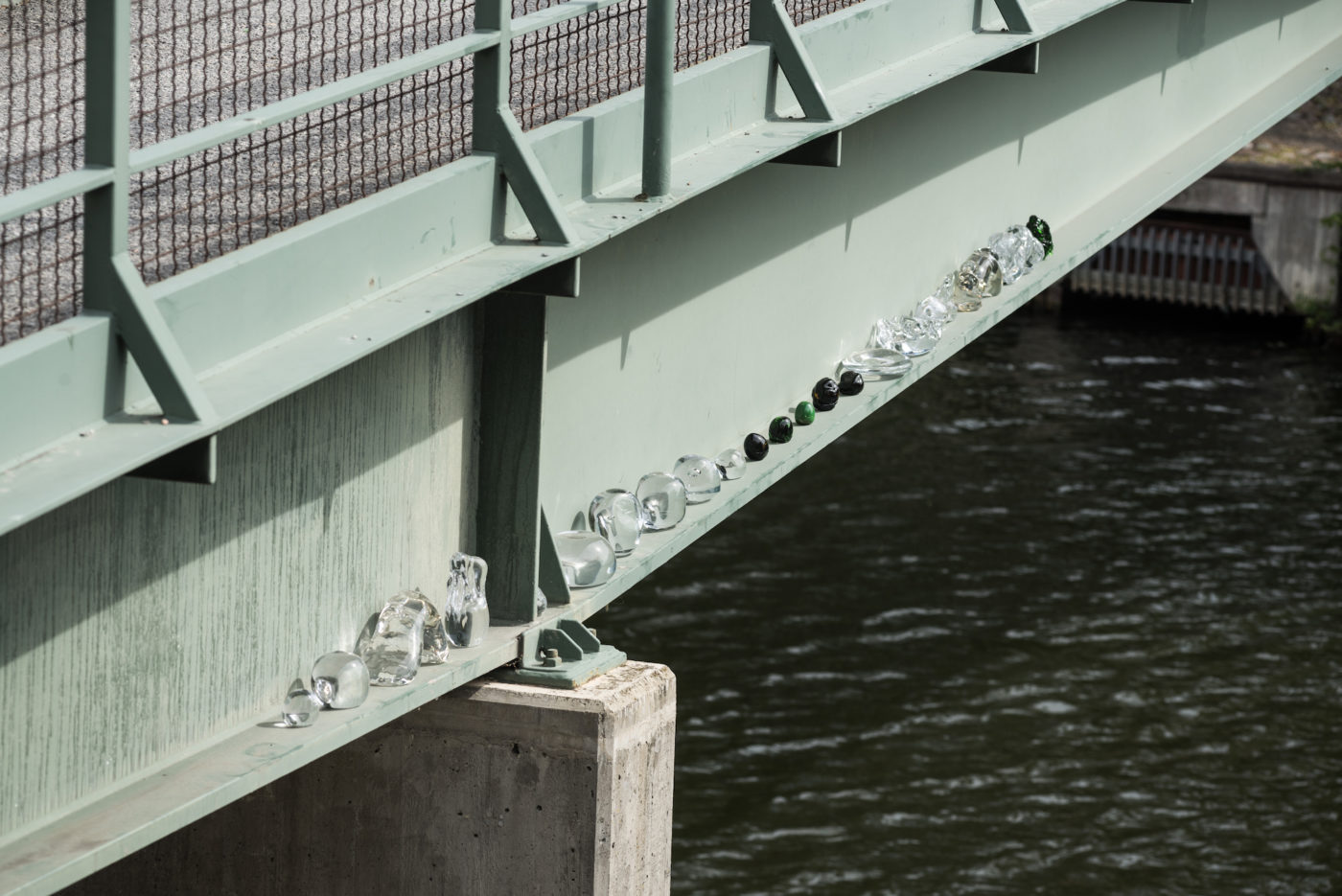 Kate Newby, The more I listen to it the more I love it, 2017, glass, beer bottles