Fiona Clark’s distinctive style of photography has developed from her ability to become a part of the communities she documents. This selection of 55 works in The Dowse collection from the series Te iwi o te wahi kore (1979–1982), reflect the activities, concerns and taonga of Ngātiawa and Te Atiawa in North Taranaki, where Clark lives.

In 1975 Clark, a recent graduate in photography from the Elam School of Fine Arts in Auckland returned home, settling in Tikorangi in an old dairy factory. One Friday evening, while picnicking at the mouth of the Waitara River, Clark overheard locals talking about the dumping of liquid waste into the river and decided to join them at a town meeting about the issue. It was here she met Aila Taylor and began a friendship that would go on to have a significant effect on her life and practice. Through Taylor, Clark learnt about the history and values of Ngātiawa and Te Atiawa, and was introduced to iwi kaumātua.

Te iwi o te wahi kore translates to ‘the people with nothing’ and acknowledges the historical confiscation of the majority of Ngātiawa and Te Atiawa land along the coastline north-east of Mount Taranaki. Reading like a photo essay, the series positions the kai moana of this area as a taonga also at risk of disappearing. These photographs are the result of Clark’s lengthy consultation with Ngātiawa and Te Atiawa, and shows the care, gathering, preparation and eating of seafood as an intrinsic part of their daily life.

In the early 1980s the entire series of 104 photographs were used as a political tool. Most notably they were presented to the New Plymouth District Council, a National Development Act Tribunal hearing and a Treaty of Waitangi Tribunal hearing to assert iwi rights and challenge the polluting of the local foreshore and seabed.

This is the first time all 55 photographs held in The Dowse collection have been shown together since they were acquired in 1983 by former director James Mack. In securing this powerful body of work for The Dowse, Mack supported an environmental cause, while also acknowledging the profound relationship Clark formed with Ngātiawa and Te Atiawa in Taranaki and the iwi connection with the Hutt Valley. In the twenty-first century, these photographs are a testament to the power of peaceful protest and the dedication of Clark, who has formed relationships with the children and grandchildren of the people she collaborated with to make this series. As a result of these bonds she continues to work with the local community to highlight environmental issues. 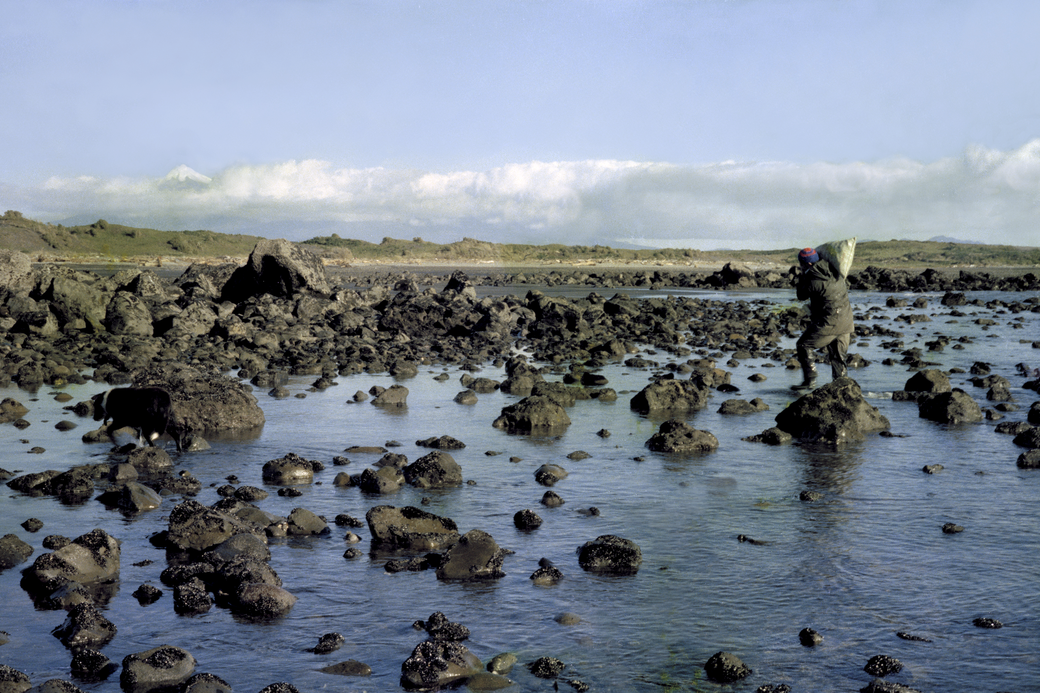