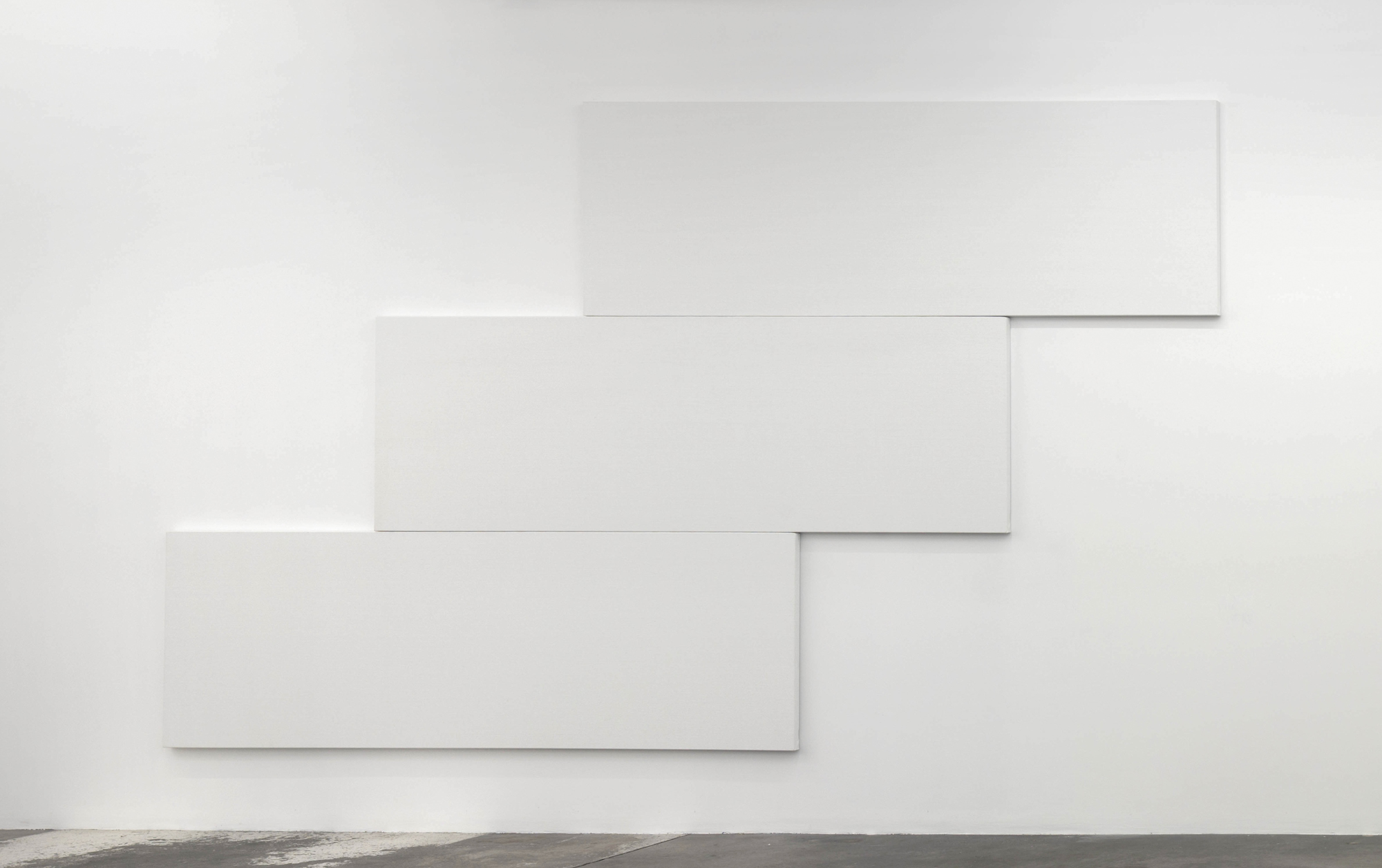 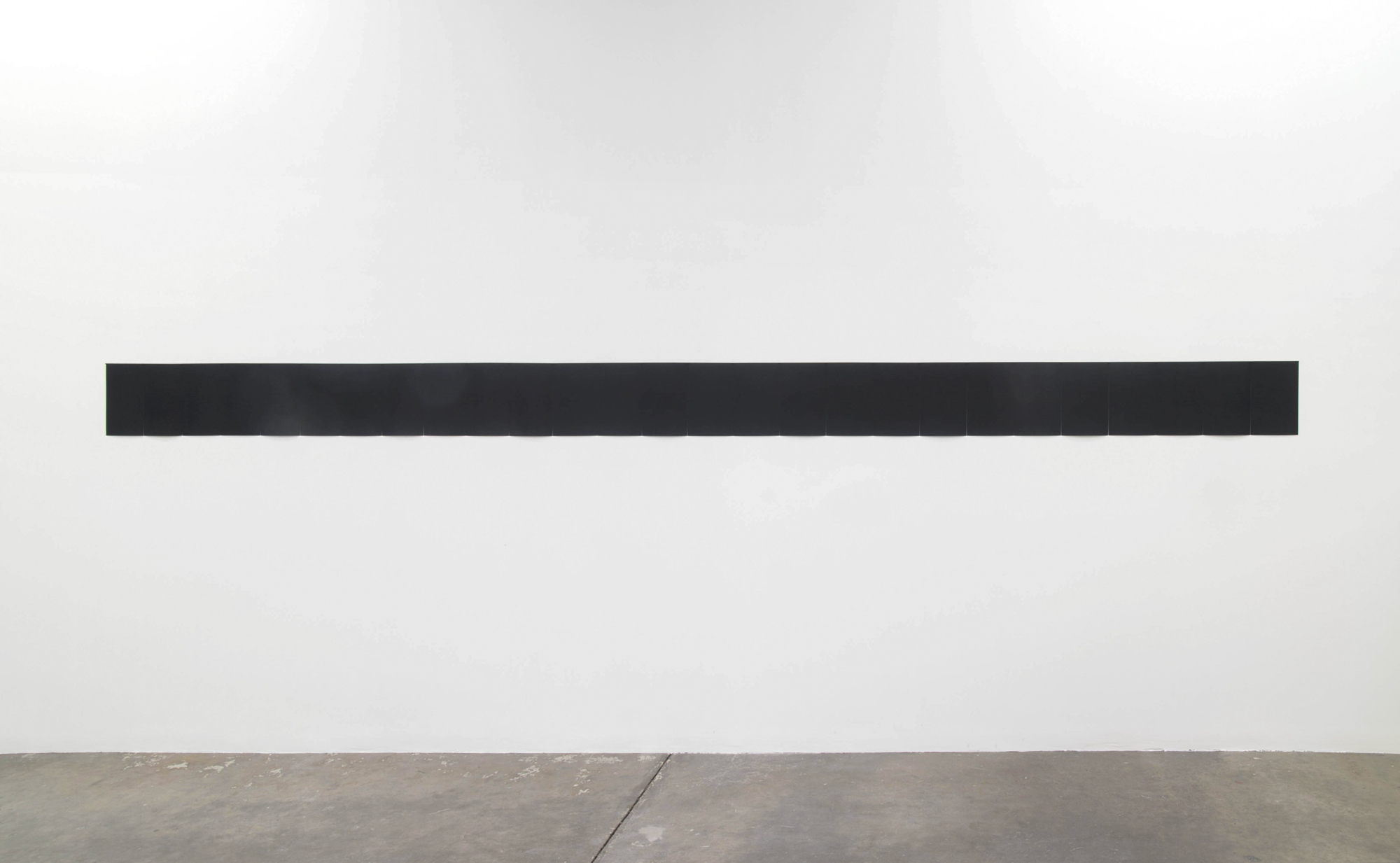 ‘In the history of Art, late works are the catastrophes.’ – Theodore Adorno

1.    White
Hospital-white, poppy-white, snow-white, overdose-white, stark-white. Julian Dashper’s ‘Untitled (Victory over death Part 3)’ 2007, like many of the works from this final period of the artist’s career, manages both a profound gaping emptiness and a conceptual plenitude. “This elusive quality it is, which causes the thought of whiteness, when divorced from more kindly associations, and coupled with any object terrible in itself, to heighten that terror to the furthest bounds,” wrote Herman Melville in Chapter XLII, ‘The Whiteness of The Whale’, in Moby Dick. But Dashper’s white is more than this, if more is possible. Frequently Dashper’s white has been overpainted on a white pre-primed canvas. (“This work was made by putting on another painting, which is the same, on top of it. A painting of a painting if you like.” – My new pants, 2005). The deathly terror of the blank canvas is multiplied by intentionality and piled upon itself. Dashper’s white canvas is over-determined to the point of stress. Emptiness redoubled. White-line fever, white-out…

2.    Last Works
Last works, his last works, the last works of the artist Julian Dashper. They are reducible to a document of biography, the works of the dying artist, but that is to do them an extreme disservice. There are also more formal concerns. Losing substance with each day, Dashper’s final works hang upon the very edge of thinghood. It is as if their solid existence is both an acknowledgement of dimensioned being and a pointer to the fact that the real game is elsewhere. The weight of their existence in a conceptual world often far outweighs their presence in common space. They are works touched by death. As autobiography (“very thing I do as an artist is always intertwined with me as person.” – The morphine paintings, 2006) they take their place in a process which can only be perceived in its totality post-mortem. They are still part of a progression that is not yet resolved, and cannot be resolved by the artist himself. They are a dialogue between Being and Non-Being on the edge of Nothingness. They preserve the idea of decoration, of painting, but these fragments of décor are suspended on the brink of dissolution, wisps in storm. They are works which turn to say farewell while being blown out the door.

3.    Blank Canvas
“The power of subjectivity in the late works of art is the irascible gesture with which it takes leave of the works themselves,” wrote Theodore Adorno in his key essay ‘Late Style in Beethoven’ (1937). “It breaks their bonds, not in order to express itself, but in order, expressionless, to cast off appearance of art. Of the works themselves, it leaves only fragments behind, and communicates itself, like a cipher, only through the blank spaces from which it has disengaged itself.” Daspher’s late works are a break, stripped down to its essence. They are not vacant. They are a rupture into the real. They are paintings which have profoundly jettisoned painting. Their superficial quiet conceals a maelstrom. ‘The work is silent at the instant it is left behind,’ Adorno continues, ‘and it turns its emptiness outward.’