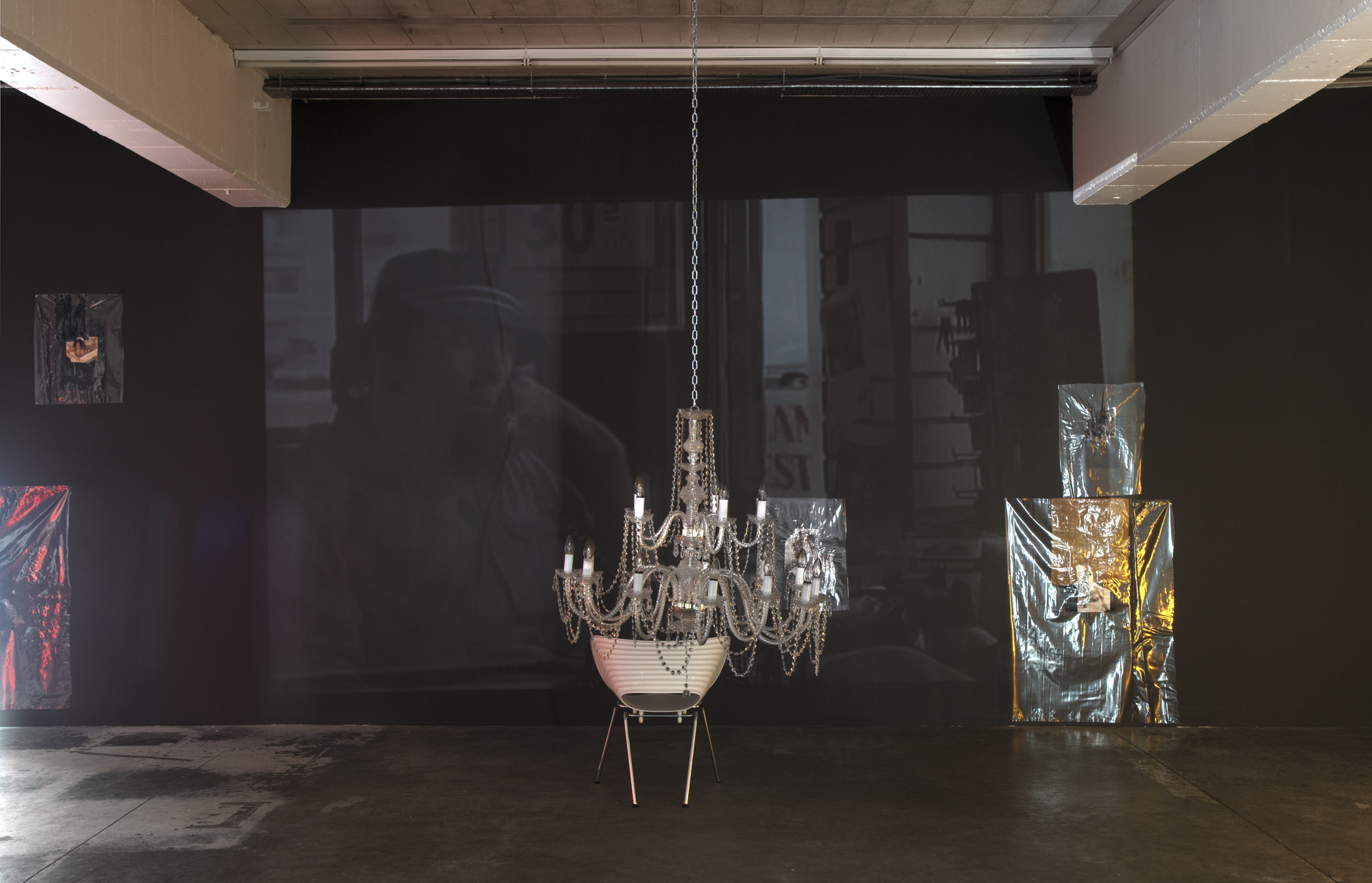 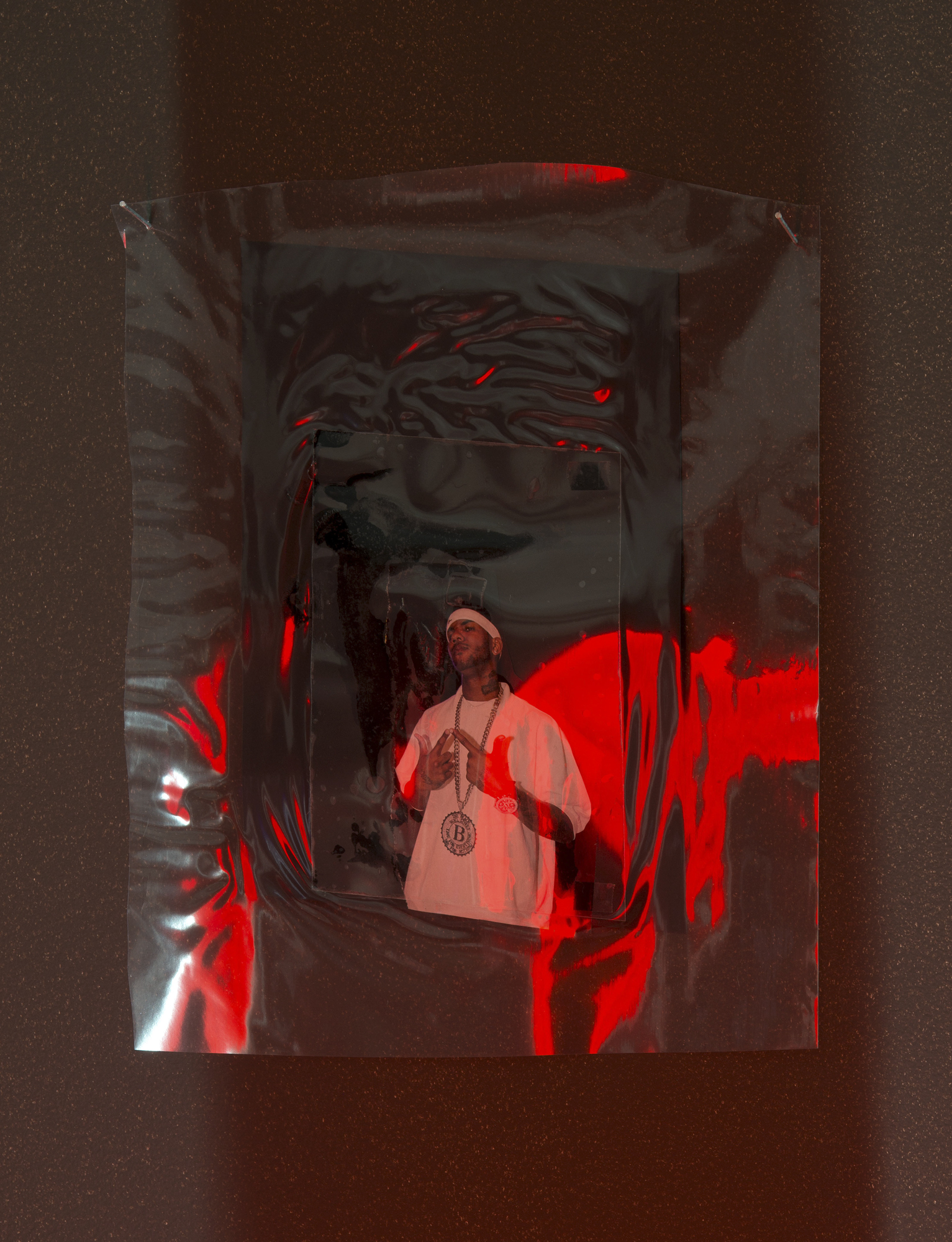 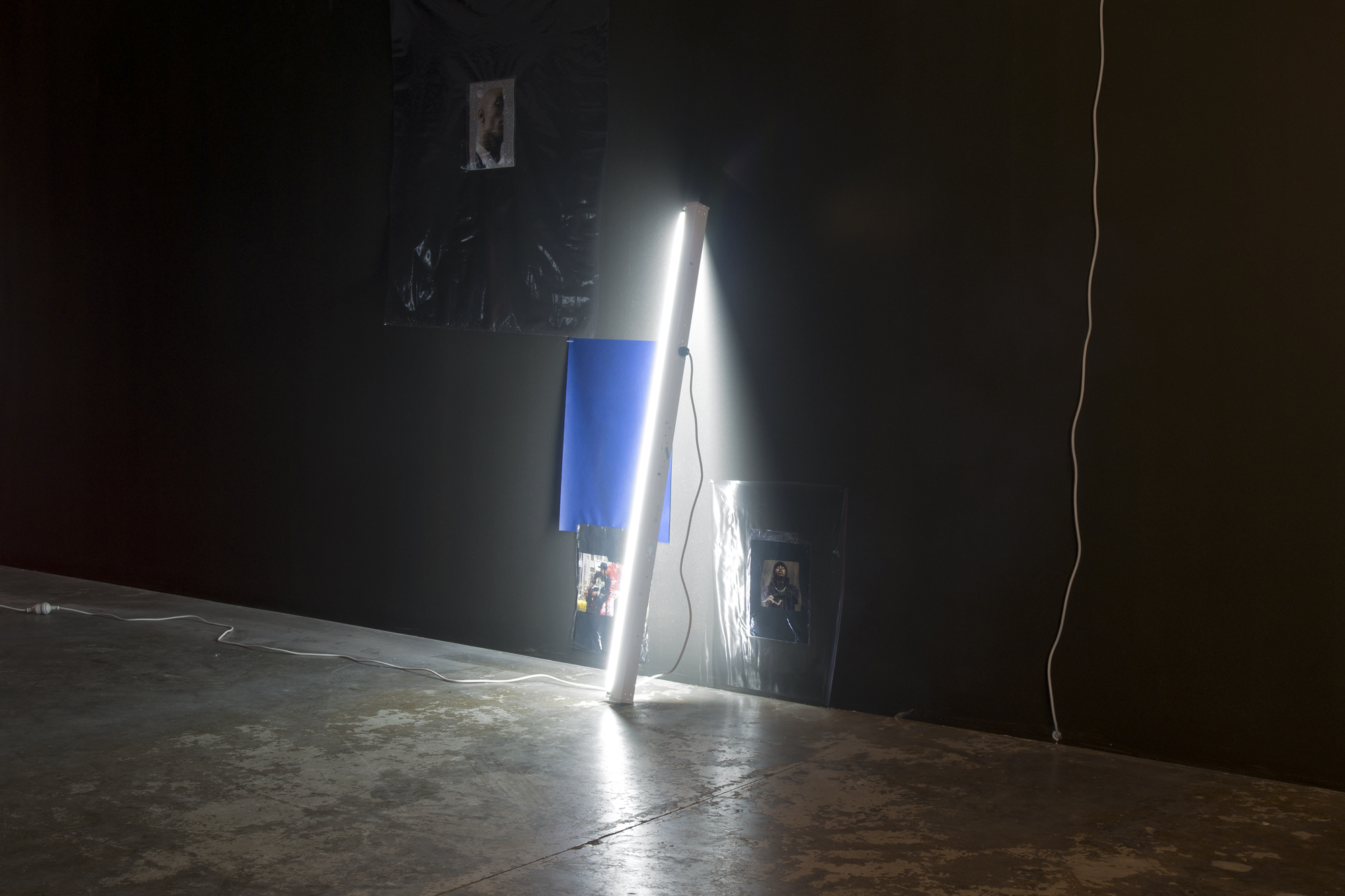 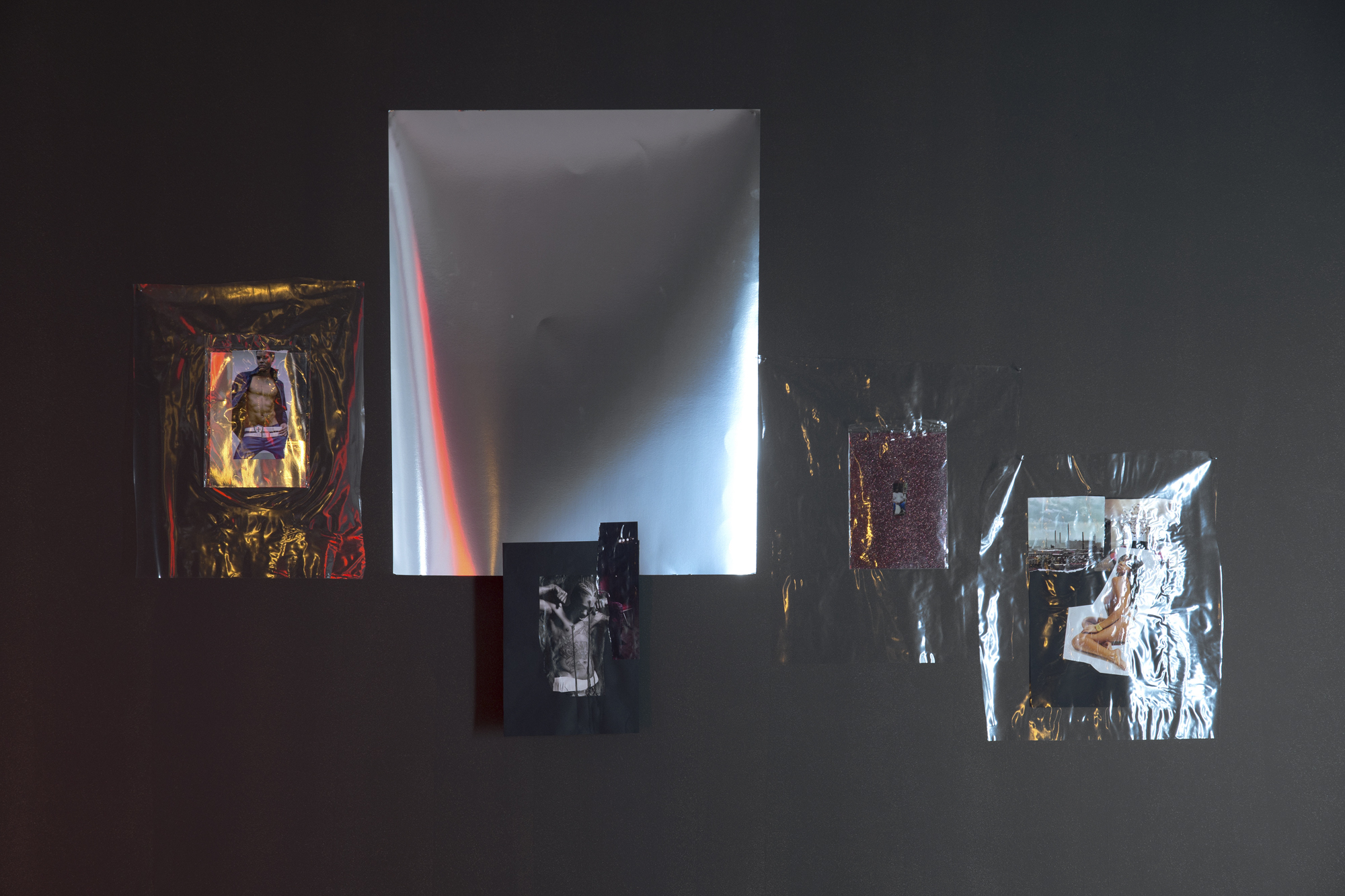 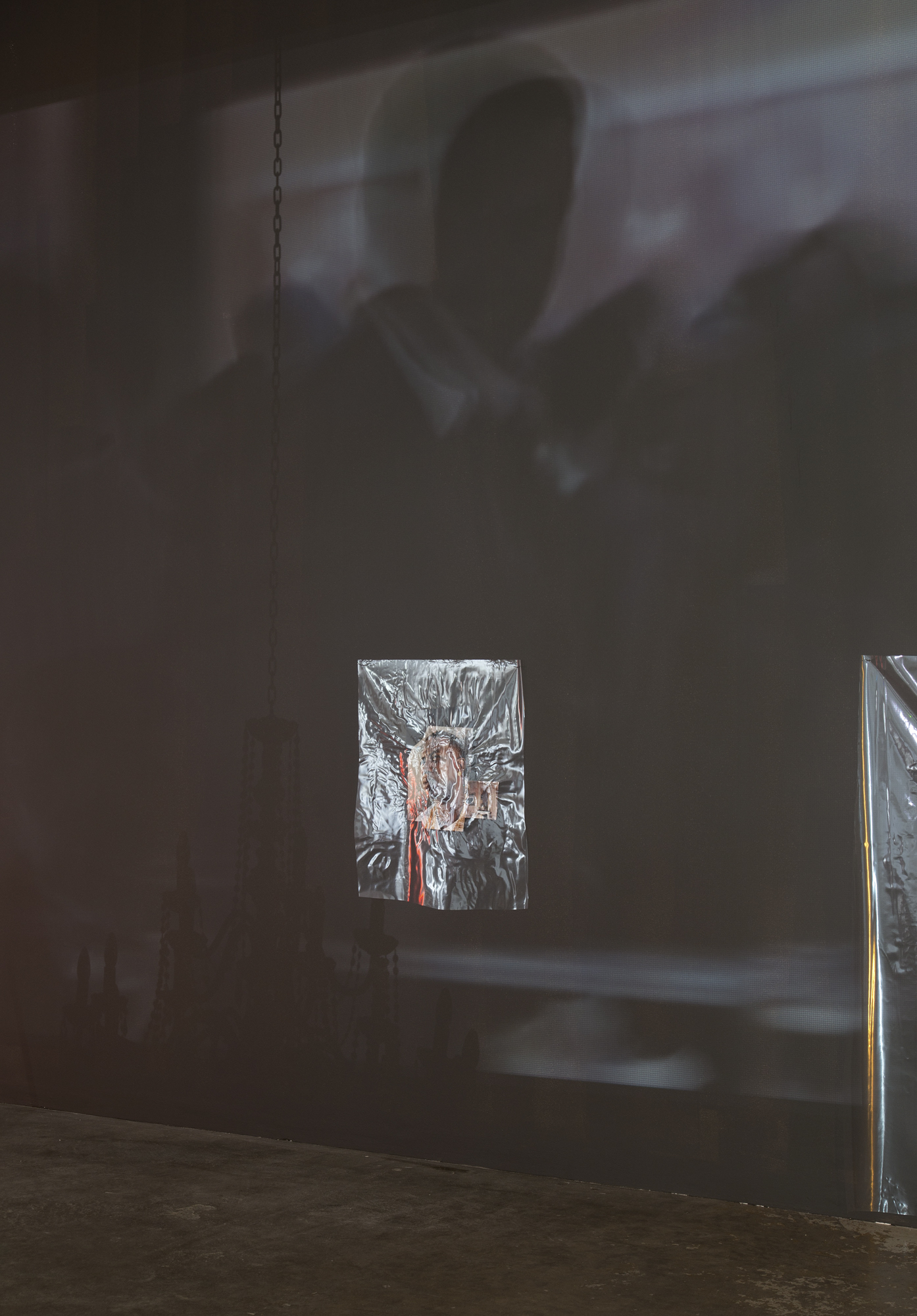 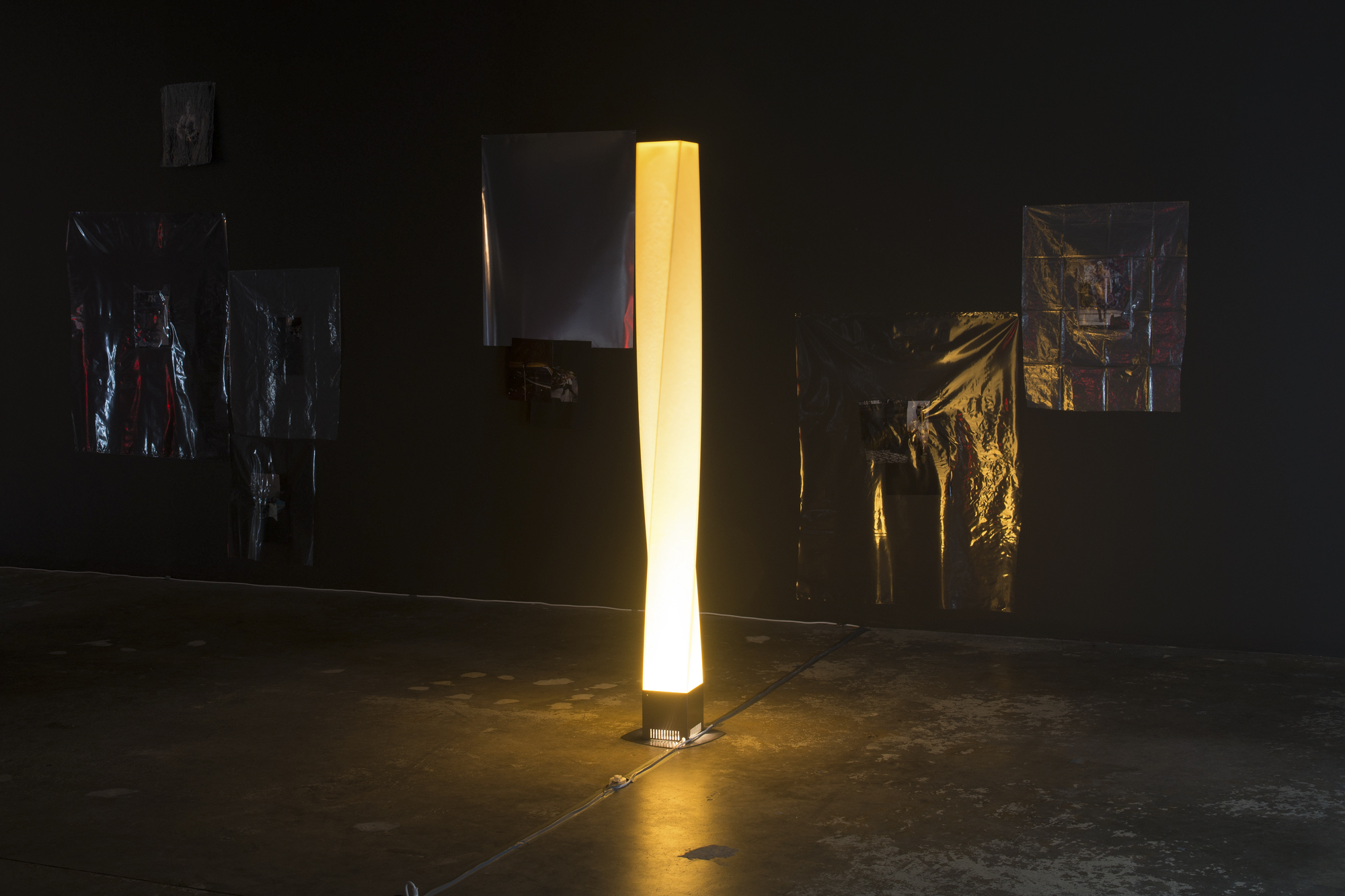 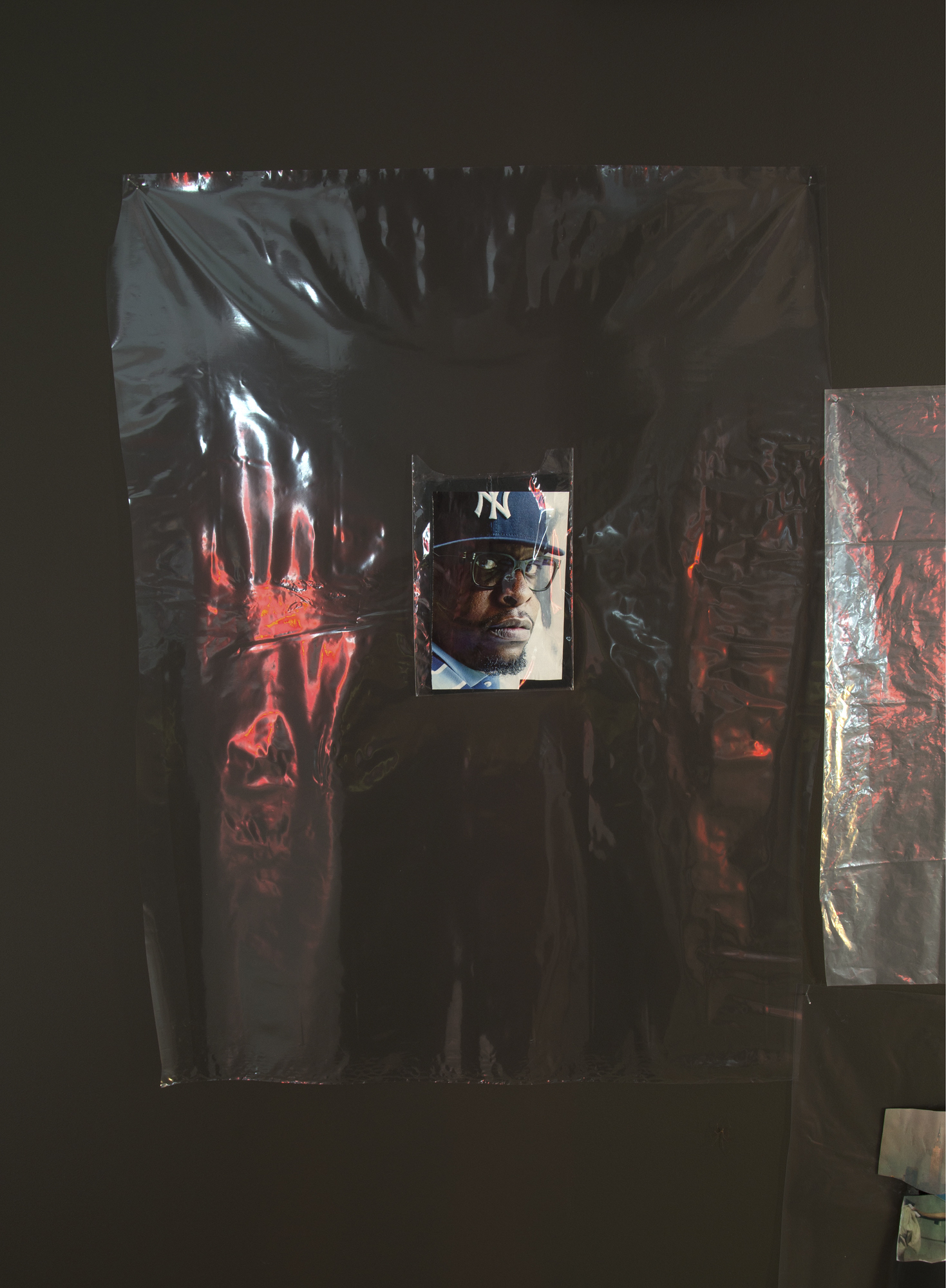 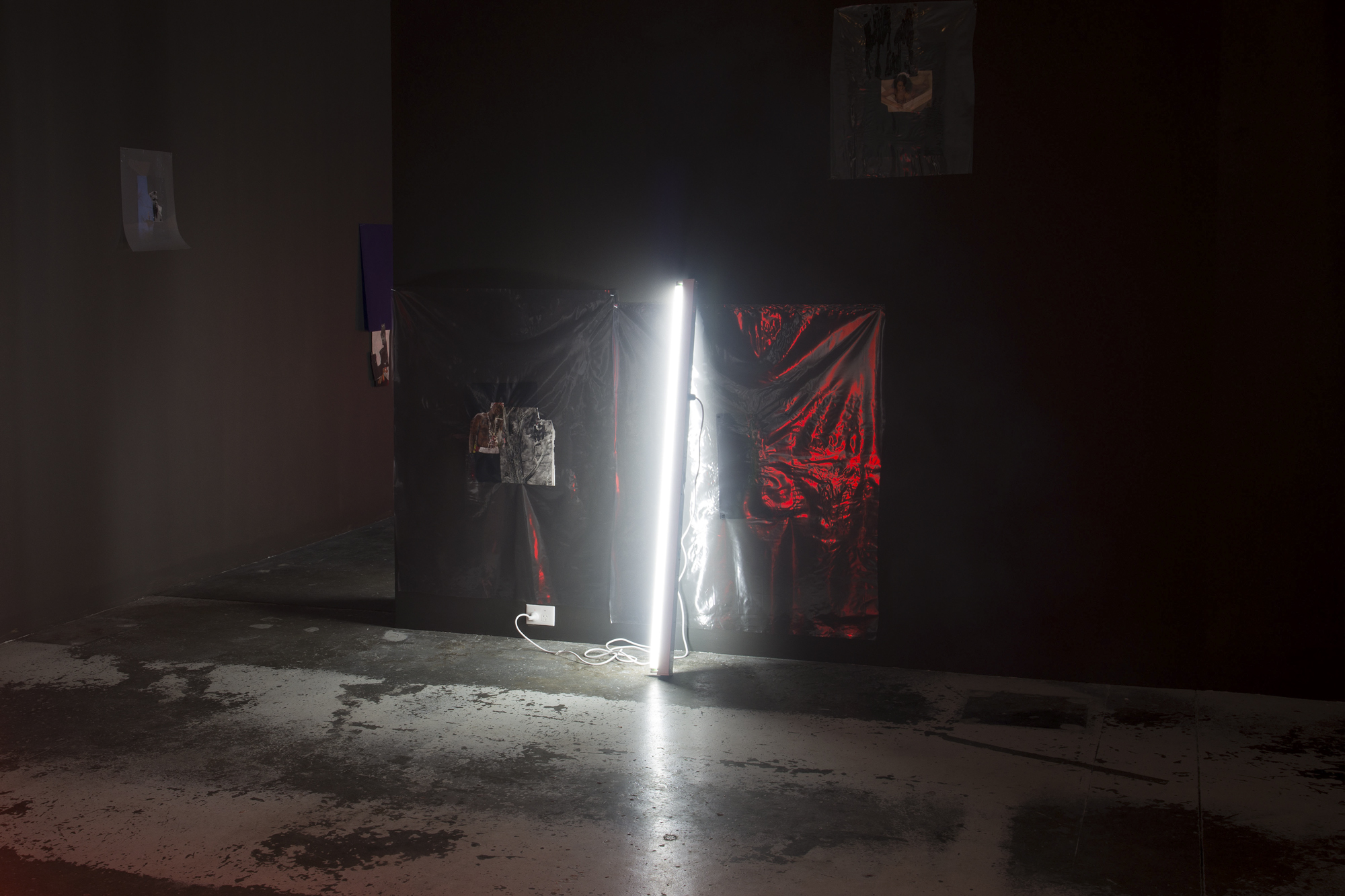 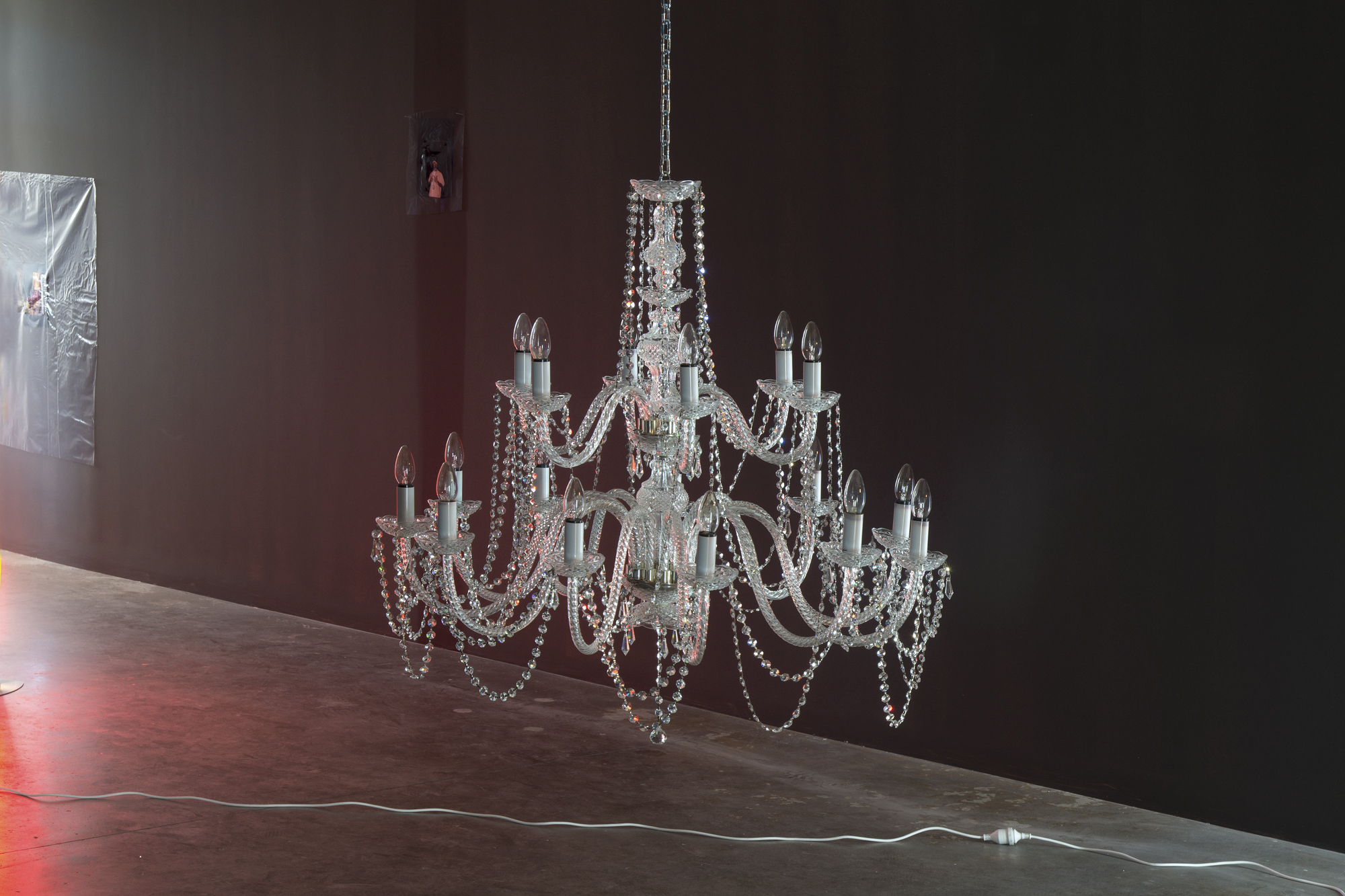 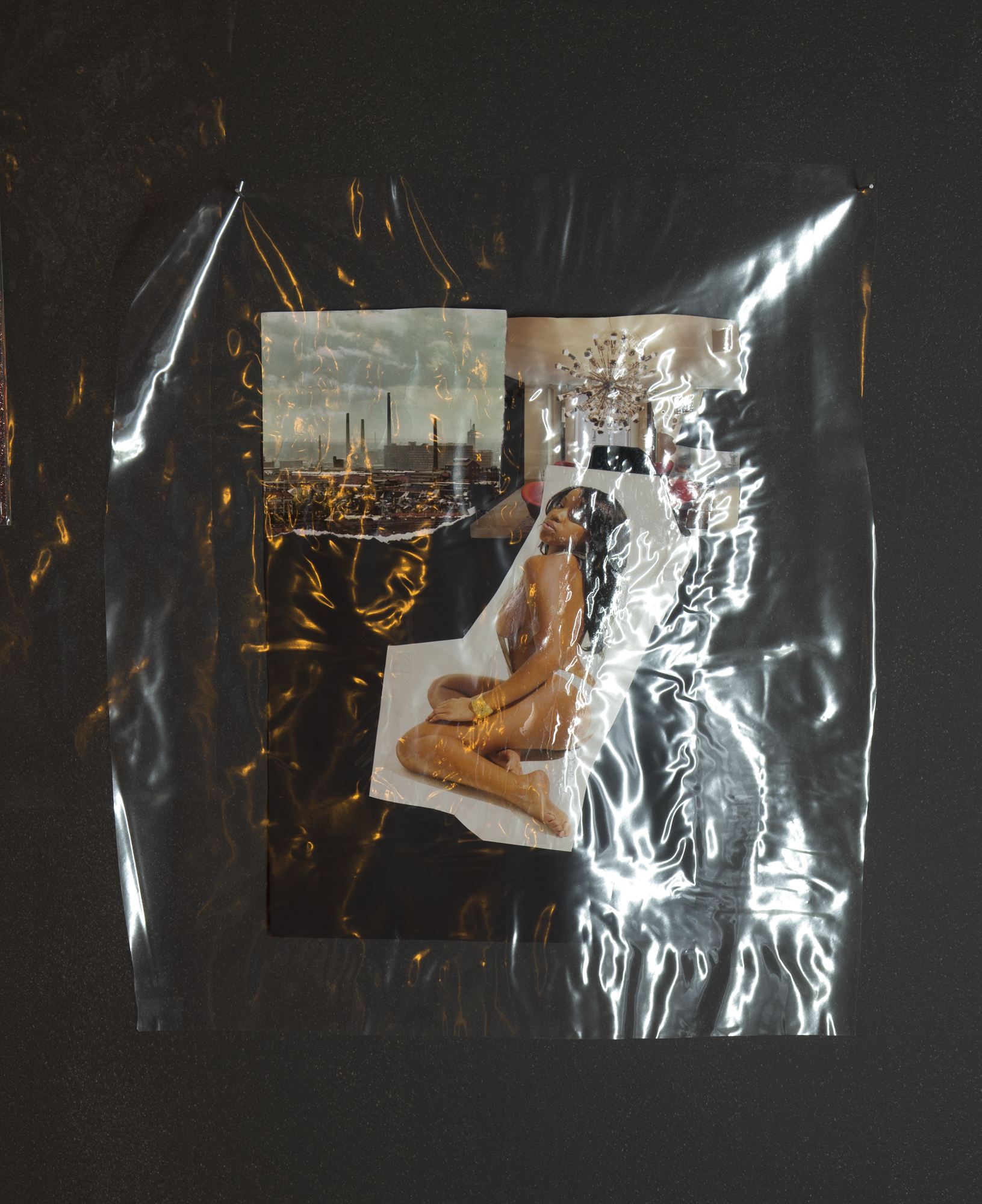 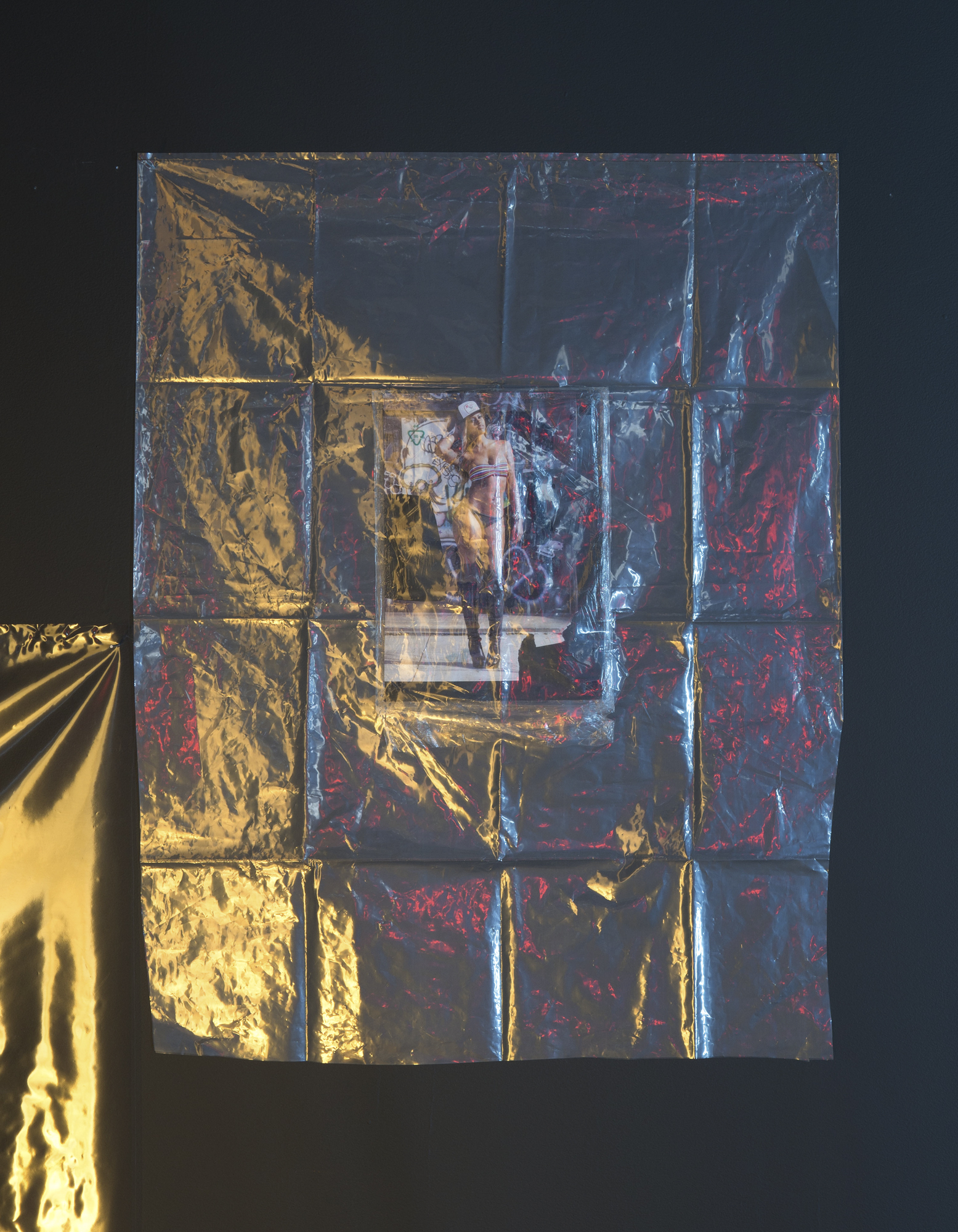 Michael Lett is pleased to present THE MAKING OF AMERICAN GANGSTER 2012, an exhibition of new work by Jacqueline Fraser.

American Gangster is a film by Ridley Scott released in 2007 and starring Denzel Washington. It dramatizes the real life events of Frank Lucas, an infamous 1970’s Harlem drug lord.

Using the premise and visual language of American Gangster as a starting point, the exhibition will include a series of 47 collages fabricated from an array of found images glued to large paper sheets, cling wrap, cellophane pochettes, plastic sheets, glitter and assorted papers. These re-appropriated book and magazine images act as fictional promotional stills of an ‘American Gangster’ for an imaginary 2012 remake of the original film.

The collages, roughly tacked to the wall, are occasionally punctuated with bullet wounds expressed by a smear of black paint. This minimal yet powerful intervention alters our reading of the assembled images, their relative fragility and ephemeral quality now bestowed upon the lives of the characters themselves, as is the reality of gangster life.

The collages form part of an immersive installation that will also include two projections – one either side of the gallery’s dividing wall. Each has been slowed down to a fraction of its true speed, thereby making it impossible to follow either the plot or dialogue but instead focusing viewers on the details and essence of the films imagery. An un-illuminated glass chandelier will hang from the ceiling in both spaces. Freestanding contemporary Italian floor lights and two viewing chairs will complete the furnishing of the fictional viewing rooms.

THE MAKING OF AMERICAN GANGSTER 2012 is the second film and collage installation by Jacqueline Fraser this year. THE MAKING OF 8 MILE 2012 was exhibited at Roslyn Oxley9 Gallery, Sydney during the Sydney Biennale 2012 and involved an installation of collages, party debris and digital collage projections. In 2011 Fraser exhibited THE MAKING OF THE POPE OF GREENWICH VILLAGE 2012, her first digital collage projection set to a soundtrack of Jay Z’s 99 Problems, as part of Prospect: New Zealand Art Now at the City Gallery, Wellington. Jacqueline Fraser is included in the New Museum’s third volume of the Bowery Artist Tribute publication, an ongoing project that celebrates artists who have lived and worked in New York’s Bowery district.