Campbell Patterson turns quotidian or everyday activities into monomaniacal encounters. He is known for economically viable, unspectacular actions that are obsessively repeated and documented according to an underlying formal methodology. Though his practice crosses over a number of mediums, with a specific reputation for performance and painting, it is notably the pen that is Patterson’s primary tool in this exhibition.

The central focus of Honky Tonkin’ is a site-specific frieze of hand-written text. Like many of Campbell’s previous works, the wall drawing contains a deadpan act – in this case, copying text by hand — that becomes absurd through regular repetition that borders on neurosis. Drawing directly on the wall, the handwritten script spans the full length of two gallery walls. Held within the tight repetition of writing across an expanse is a number of dichotomies: the mundane and the monumental; the hand-made mark and the disembodied text; the publicly exposed and the privately diaristic. Drawing these tensions together is the shifting relationship between the orchestrated and the uncontrived that is inherent across all of Patterson’s works.

Campbell Patterson was the McCahon House artist-in-residence from March-May 2015. This post-residency exhibition will be accompanied by an essay from George Watson, supported by McCahon House. 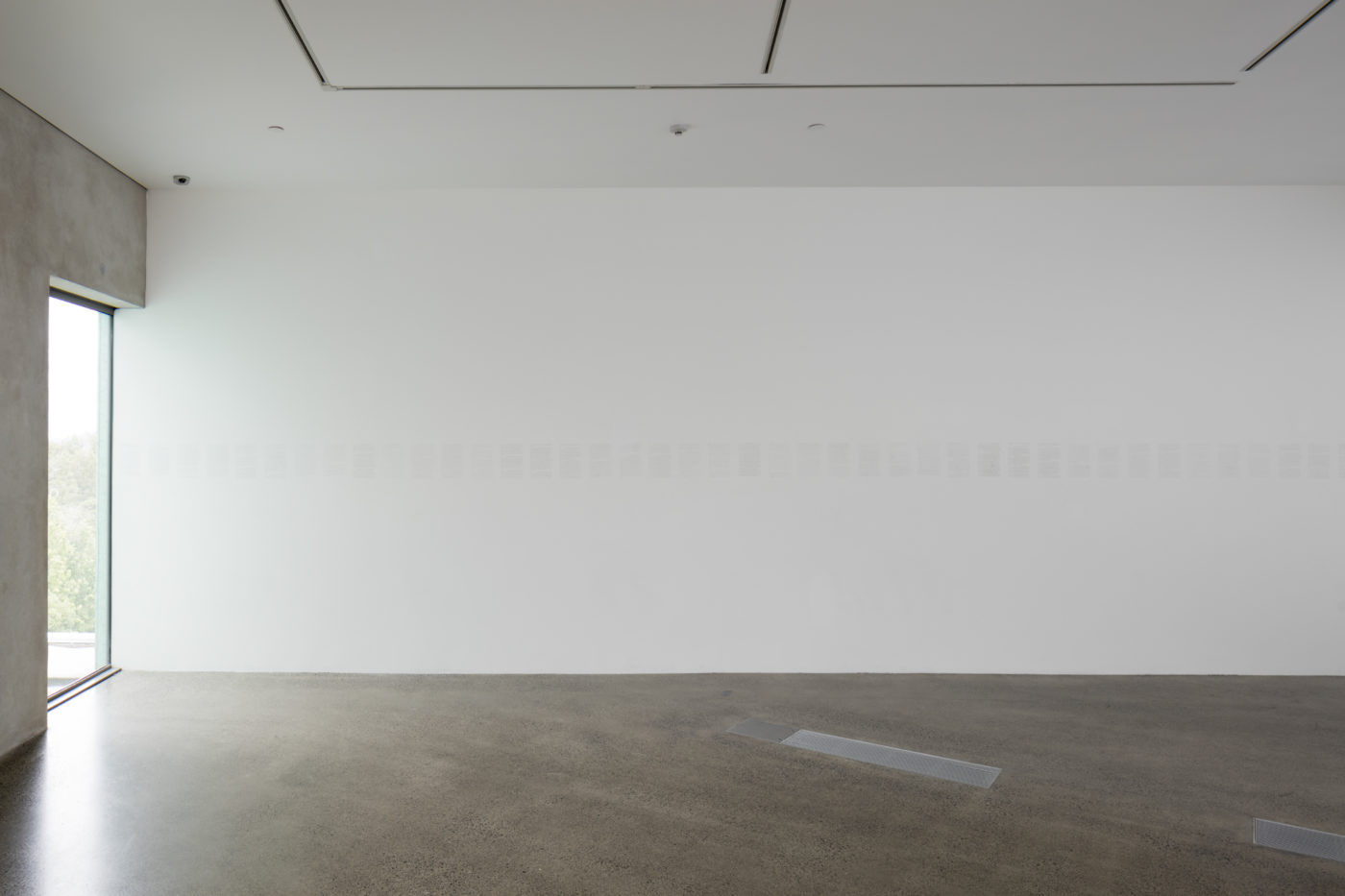 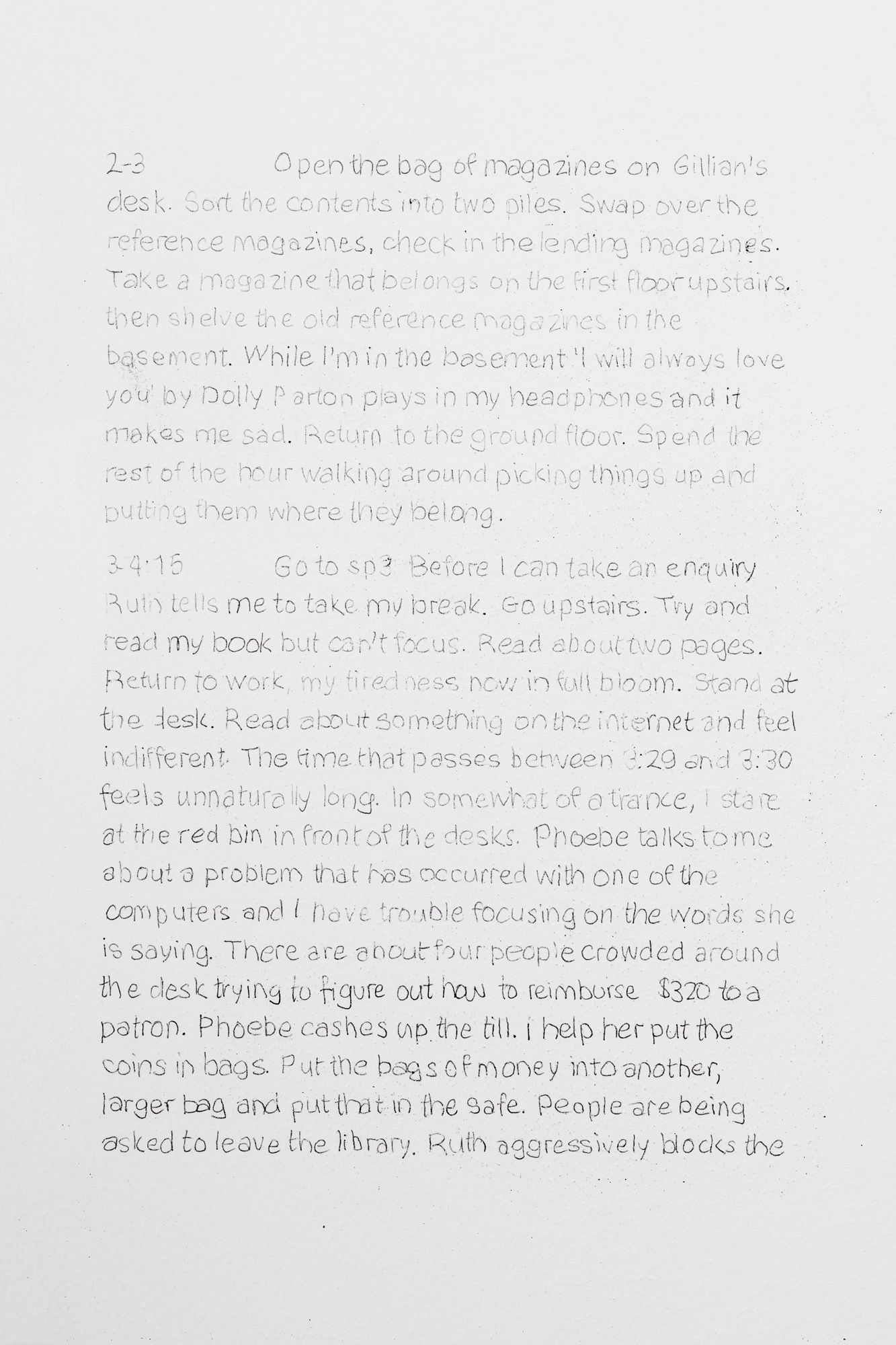