Spike Island presents Sriwhana Spong’s largest exhibition to date outside of her native New Zealand. The exhibition includes a series of sculptures based on the traditional Balinese gamelan and a new film, shot in and around the artist’s ancestral home in Bali, Indonesia.

Her new film, titled The painter-tailor (2019), constructs a family portrait from 16mm film and HD video footage collected by the artist, her relatives, and the family dog. The hook to which the film repeatedly returns is an untitled painting by Spong’s grandfather, I Gusti Made Rundu (1918–1993), which hangs in the ancestral home in Sanur, Bali. This painting, the intimate surroundings of the family compound, and her father’s memories weave a net in which fragments relating to the effects of colonisation, invasion, and tourism on image-making in Bali gather.

Alongside the film, Spike Island presents a series of sculptures that form part of Spong’s ongoing project (initiated in 2016), an evolving personal orchestra based on the Balinese gamelan (a traditional ensemble music made up mainly of percussion instruments). Existing instruments made in Berlin, Singapore and New Zealand are joined by a new instrument based on a ‘bell tree’ and made with the assistance of Bristol-based bronze foundry Ore and Ingot. A large silk banner dyed in tea — a nod to Spike Island’s history as a warehouse for processing tea from India and China — will hang in the central gallery. This continues a series of works dyed with Coca-Cola and Fanta, inspired by American musician and writer Ian F. Svenonius’s essay The Bloody Latte: Vampirism as Mass Movement (2006) which tells the history of beverages and describes their movement across continents as acts of colonial bloodsucking, whereby colonisers develop a voracious taste for drinks derived from the produce of the lands and peoples they colonise. The dyed banners also relate to the daily offerings of flowers and everyday foodstuffs, made by the Balinese as a form of gratitude and self-sacrifice. 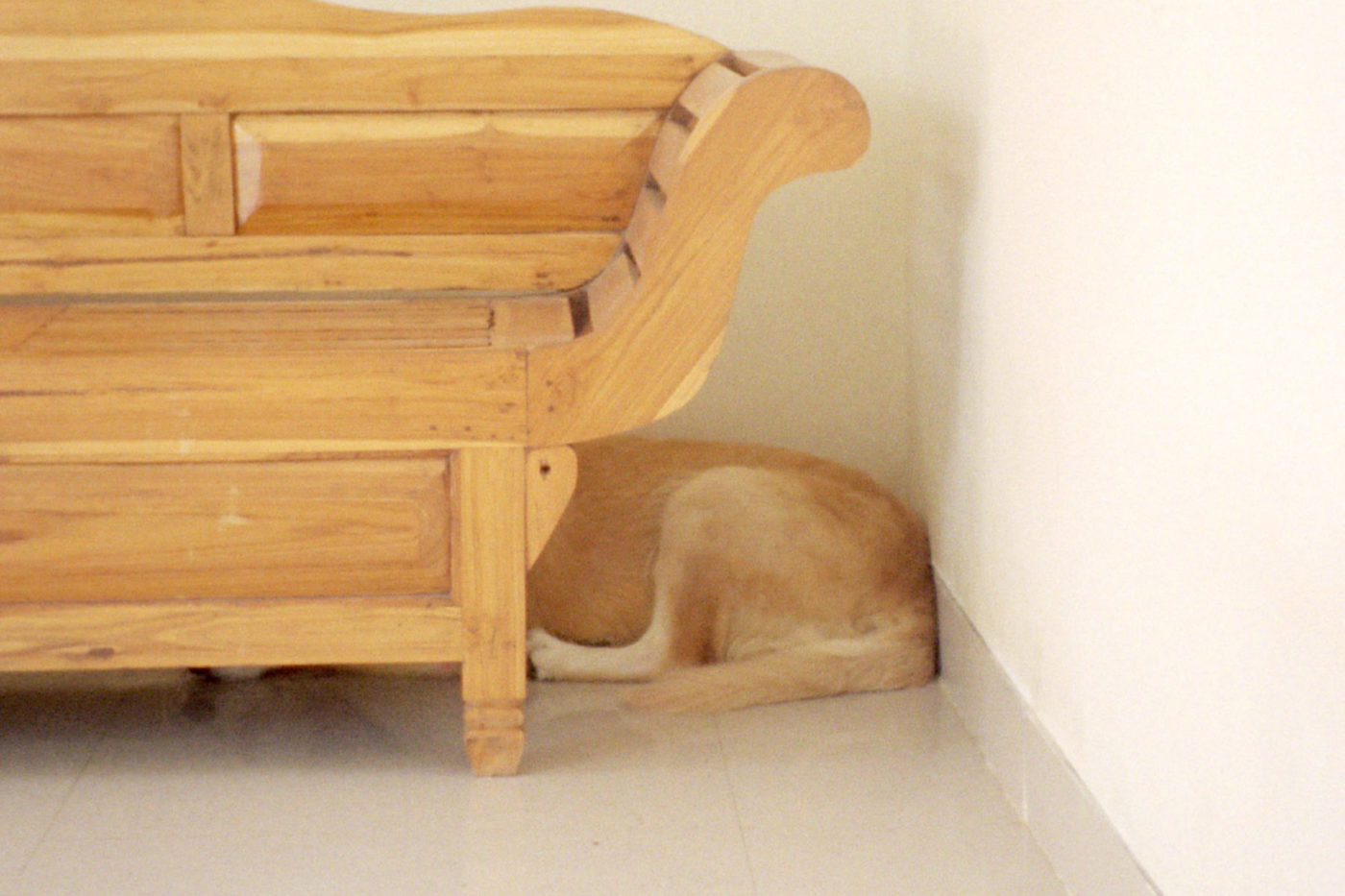