My Body… (Brendan Pole) consists of a poem that has been re-authored by the artist based on the recollection and testimony of his mother, Cathy Pole, regarding a poem that was only ever conveyed verbally by her brother Brendan Pole shortly before he passed away in 1991 due to complications caused by AIDS. Having reworked the poem over the course of a year through continuous dialogue and reflection, the words offer an open-ended meditation on a number of unresolved issues that centre on Brendan’s identity, desires, beliefs and doubts when confronted with his passing. Adding further complexity to the project, Langdon-Pole has chosen to portray the poem through a series of 297 photographs that constitute the individual letters of the poem and depict an historical overview of ornamental and illuminated typographies largely from religious texts. 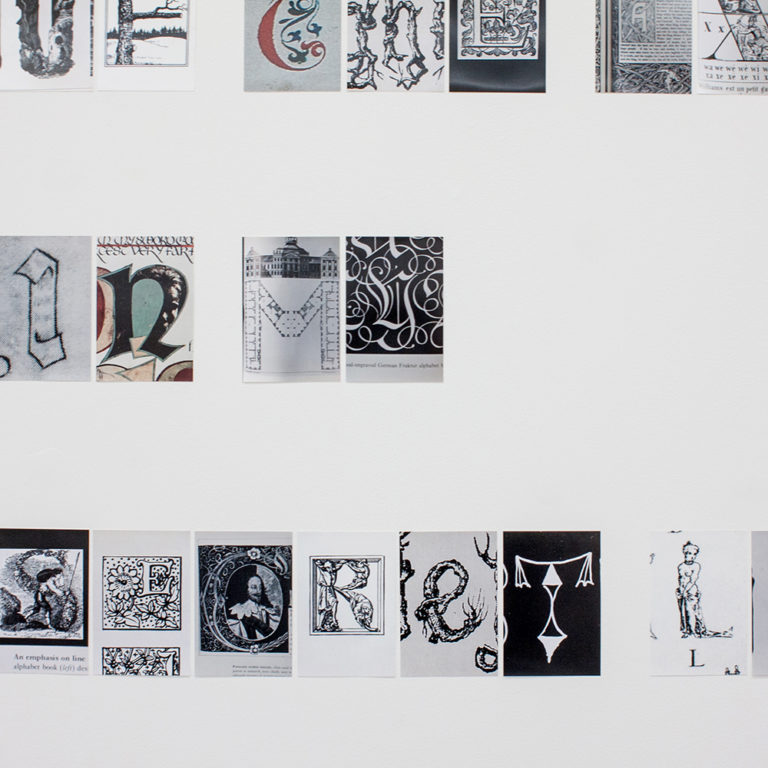 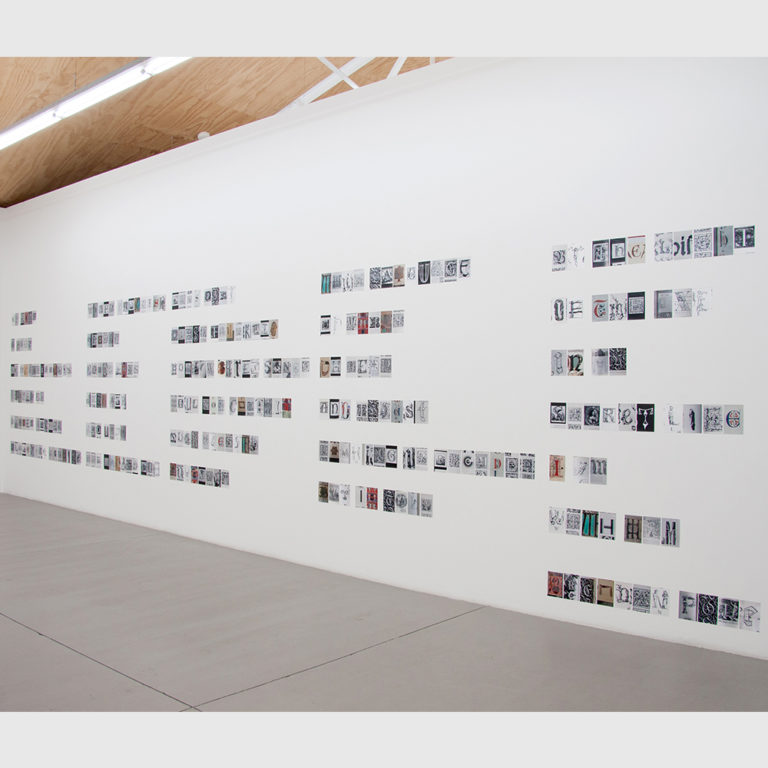 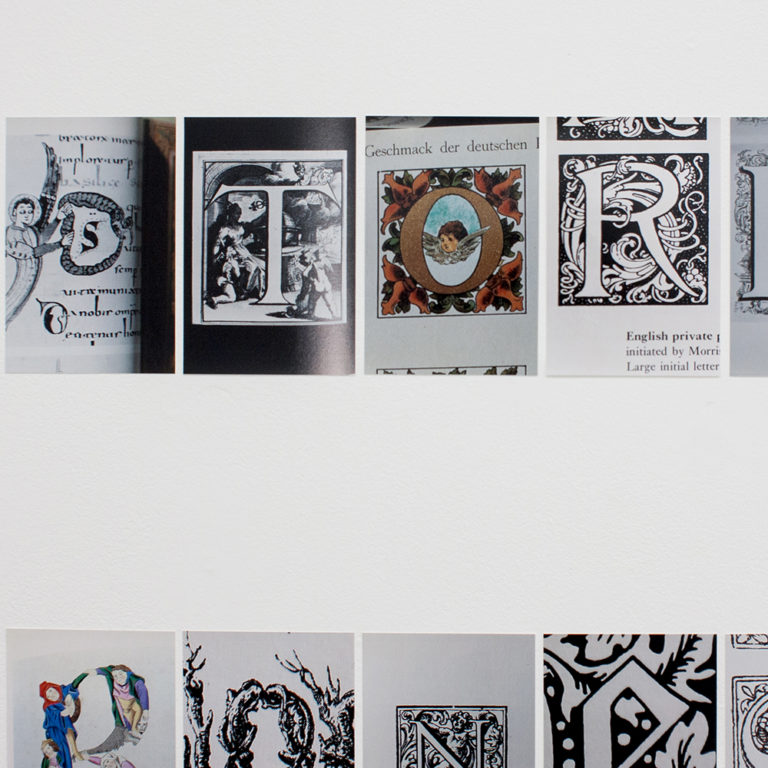 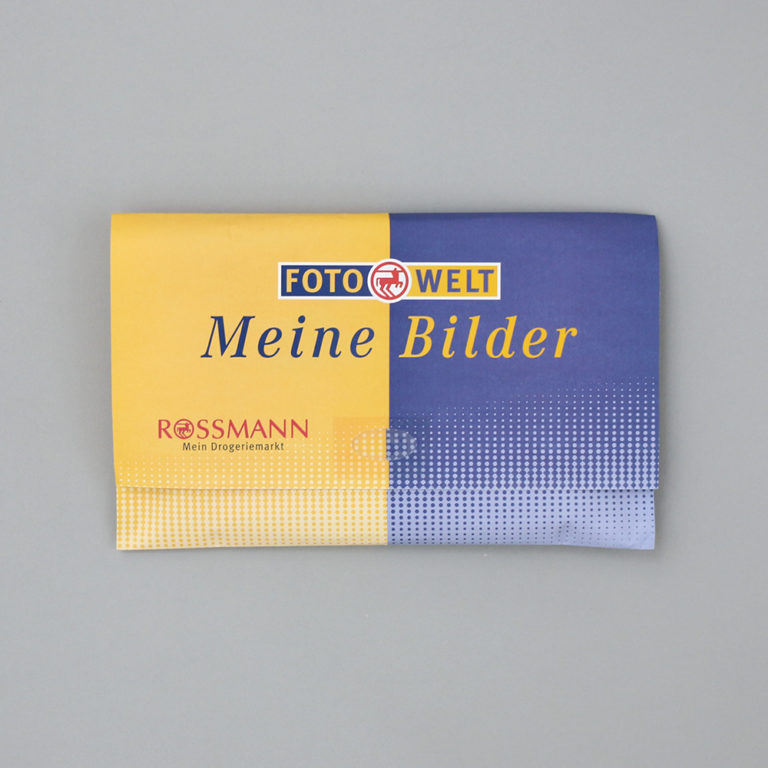