Four artists have been announced by Auckland Art Gallery Toi o Tāmaki as the nominees for this year’s Walters Prize.

Established in 2002, The Walters Prize is considered the most esteemed award in New Zealand visual arts. It presents the very best of New Zealand contemporary art, as selected by an independent jury, in an exhibition from which a winner will be determined by a widely respected international judge. The Walters Prize exhibition will be held at Auckland Art Gallery from Saturday 18 August 2018 to Sunday 20 January 2019.

Jacqueline Fraser has been nominated for: The Making of Mississippi Grind 2017, 2017, mixed-media installation, exhibited at Auckland Art Gallery Toi o Tāmaki, 20 May – 15 October 2017.

The Making of Mississippi Grind 2017 operates as a sponge for an array of popular cultural references, casting a seductive gaze towards celebrity, rap culture and high-fashion. The installation exemplifies Jacqueline Fraser’s ability to create viscerally charged domains at an architectural scale; complete with a gold ceiling reflecting pink and gold tinsel from the walls and chandelier, and pumping sound tracks including Rhianna and Migos. The light from the film ‘Mississippi Grind’ was projected across the space, its soundtrack muffled every five minutes by one of the 19 rap songs.

As well as large-scale, site-specific installations, Fraser’s THE MAKING OF series includes thousands of individual collages, three significant examples of which featured in the exhibition. Each collage in the series references a film, from mainstream Hollywood movies to cult classics. But in titling her works as fictional ‘making of’ documentaries, Fraser’s intention is less to represent these films than to position her own collages and installations as short-form documentary mash-ups: instigating an irreverent procedure of exhibition making that uses the content from the films as a prompt to lay bare the production of image culture. 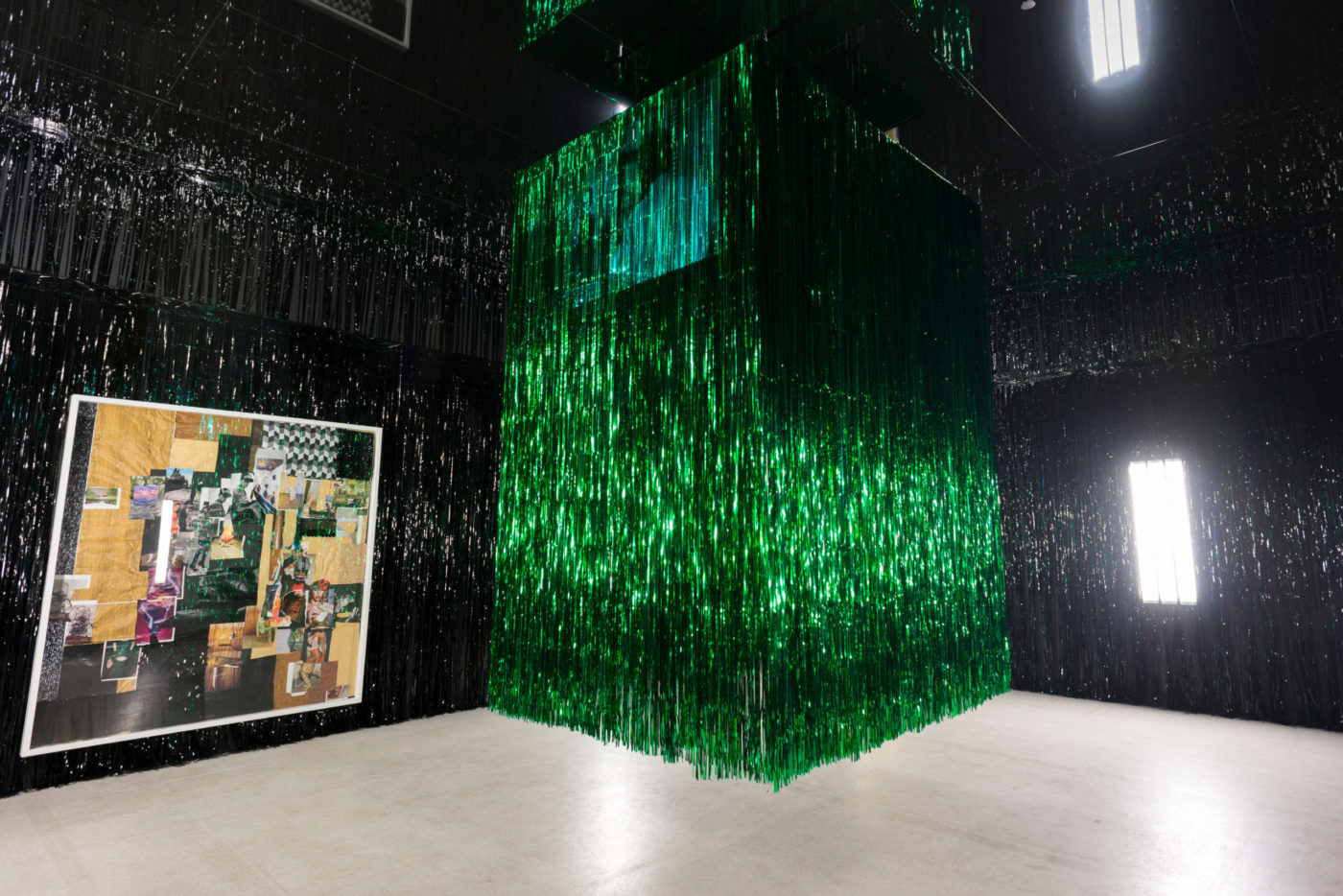 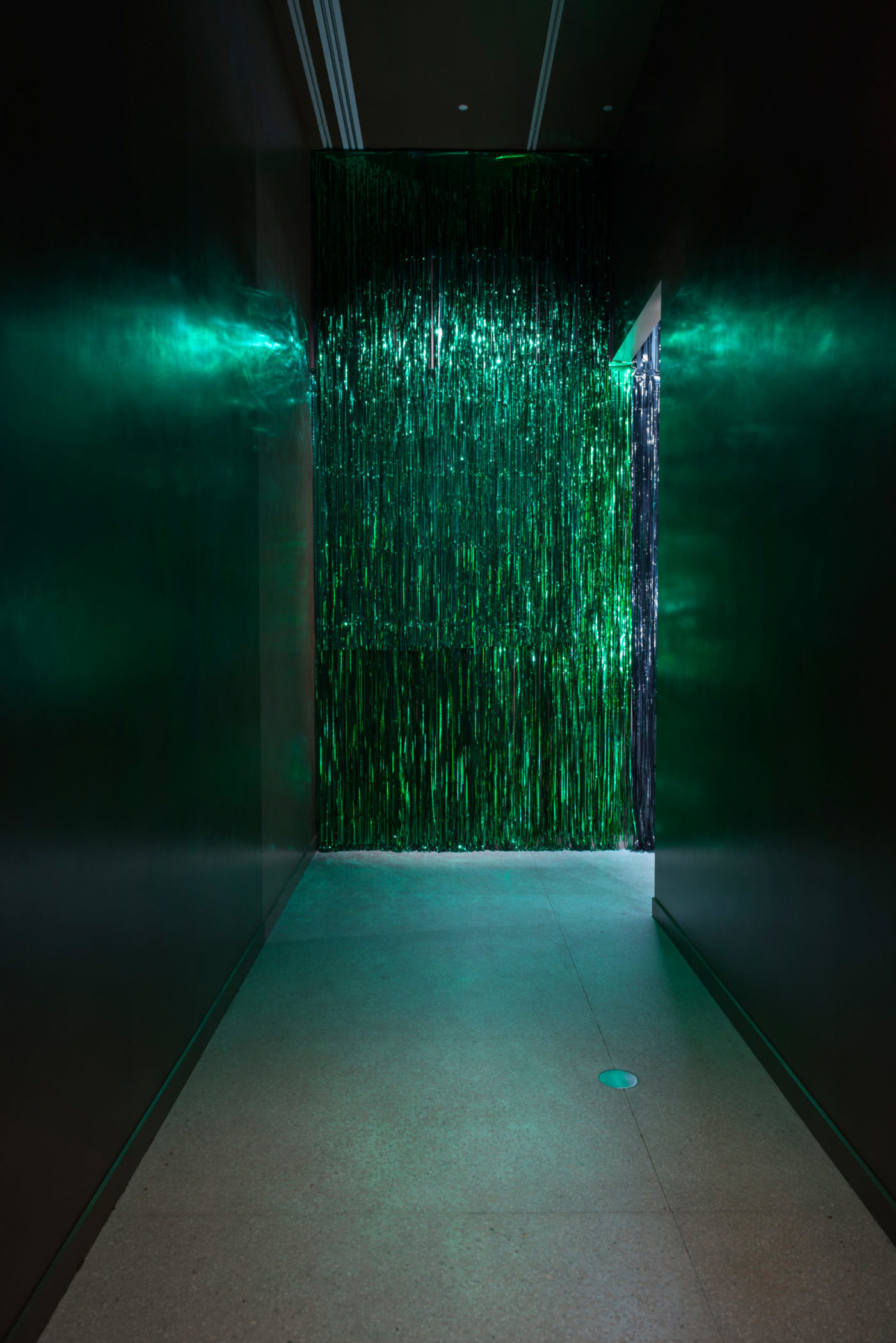 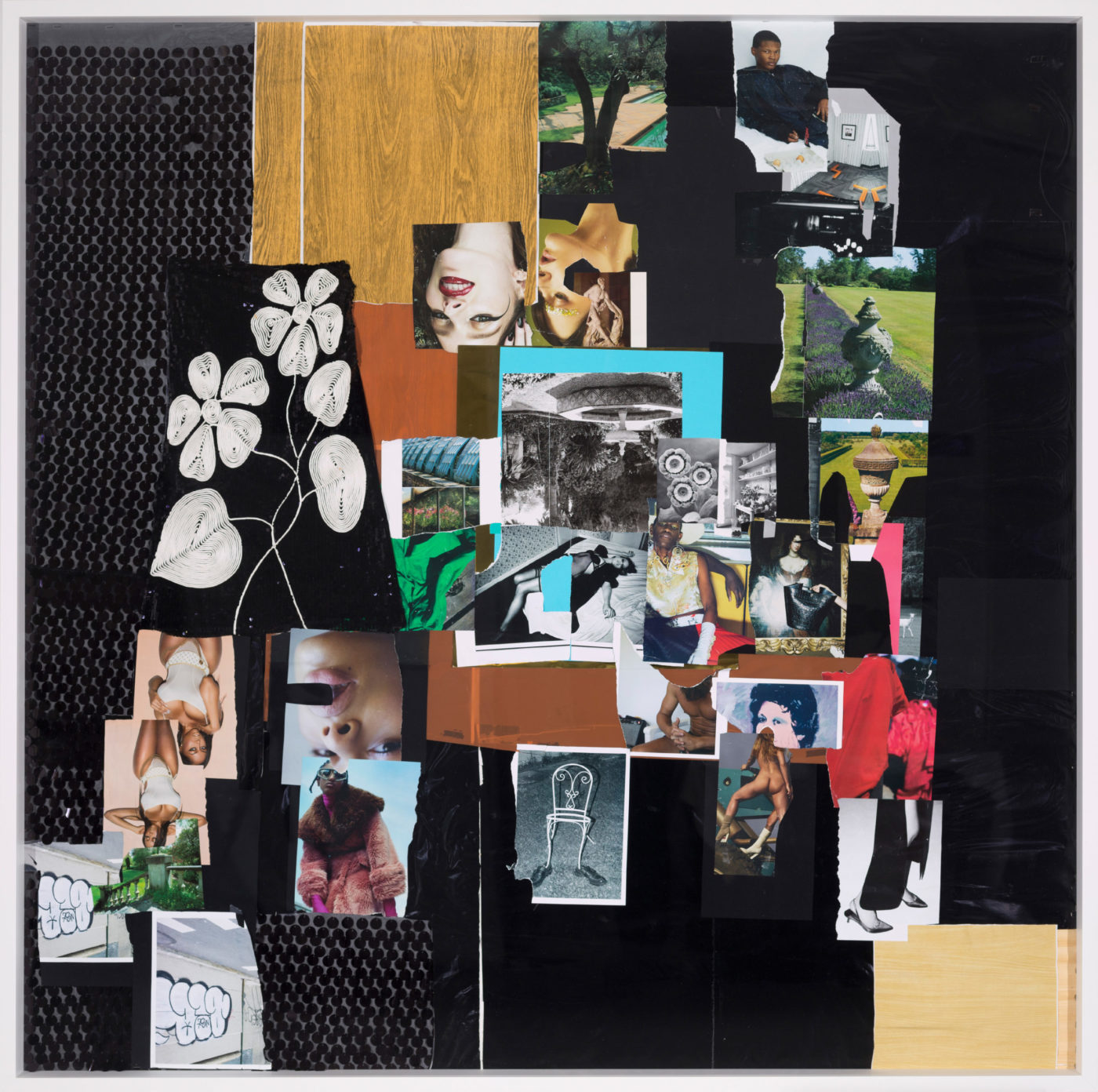 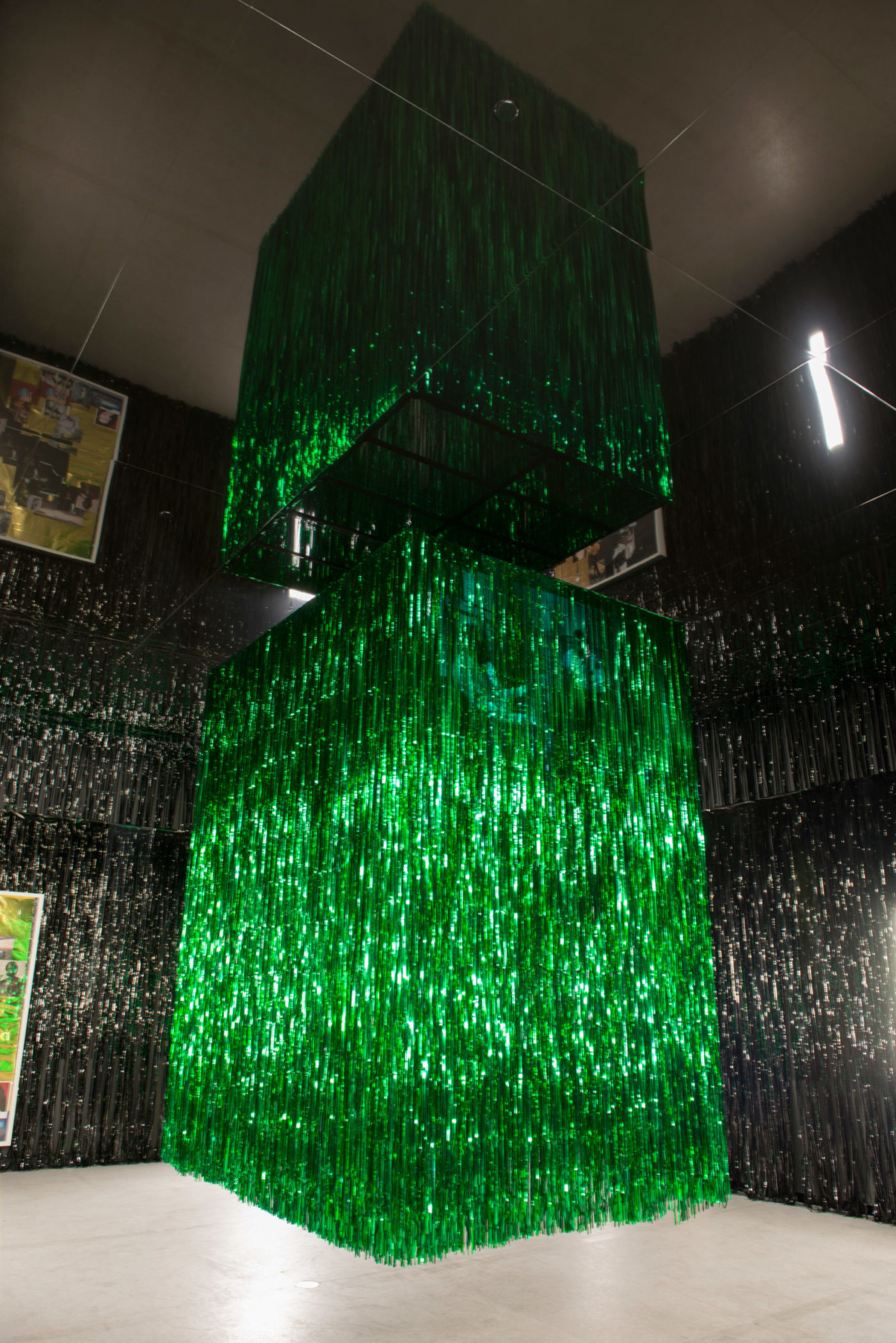 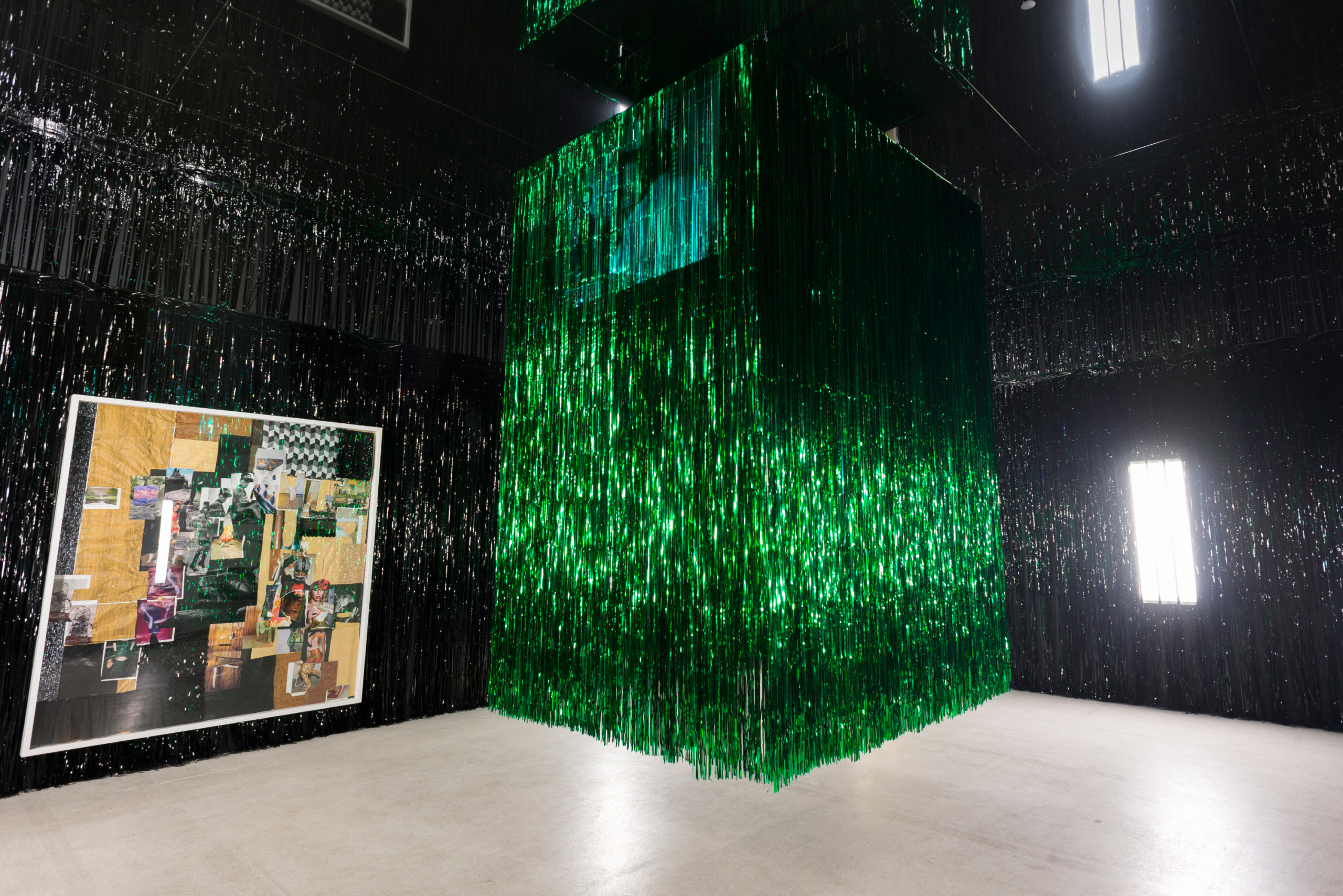 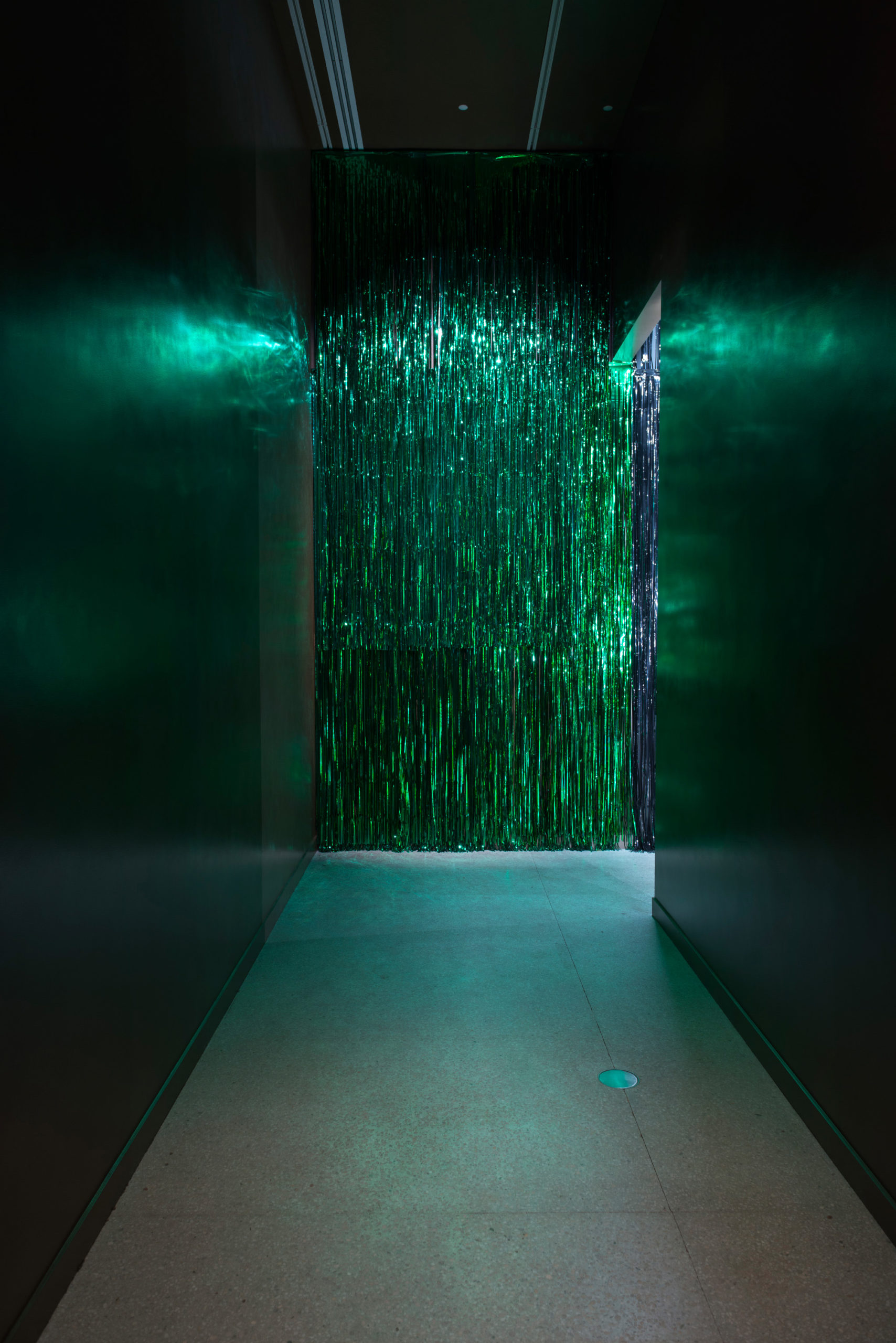 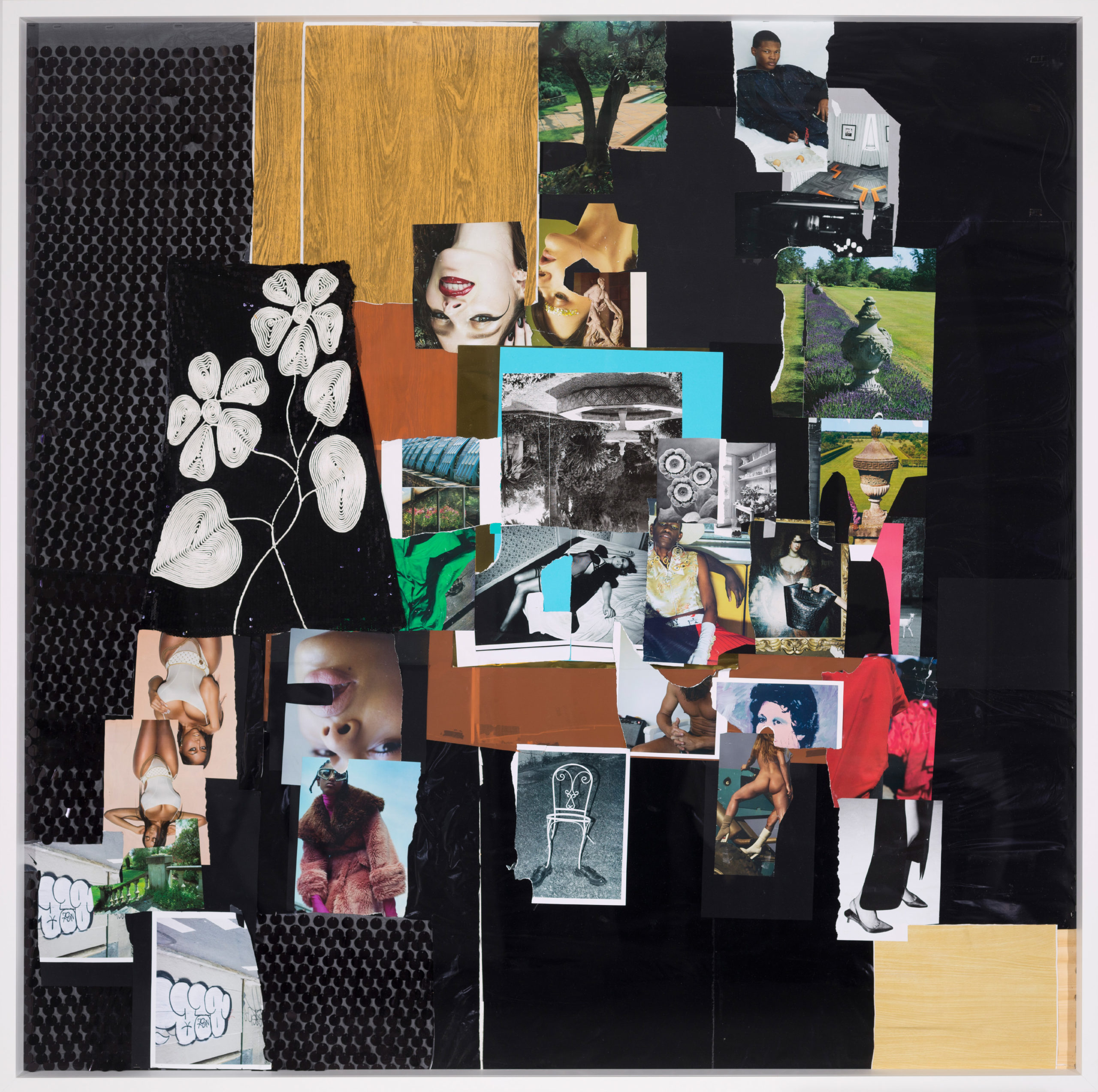 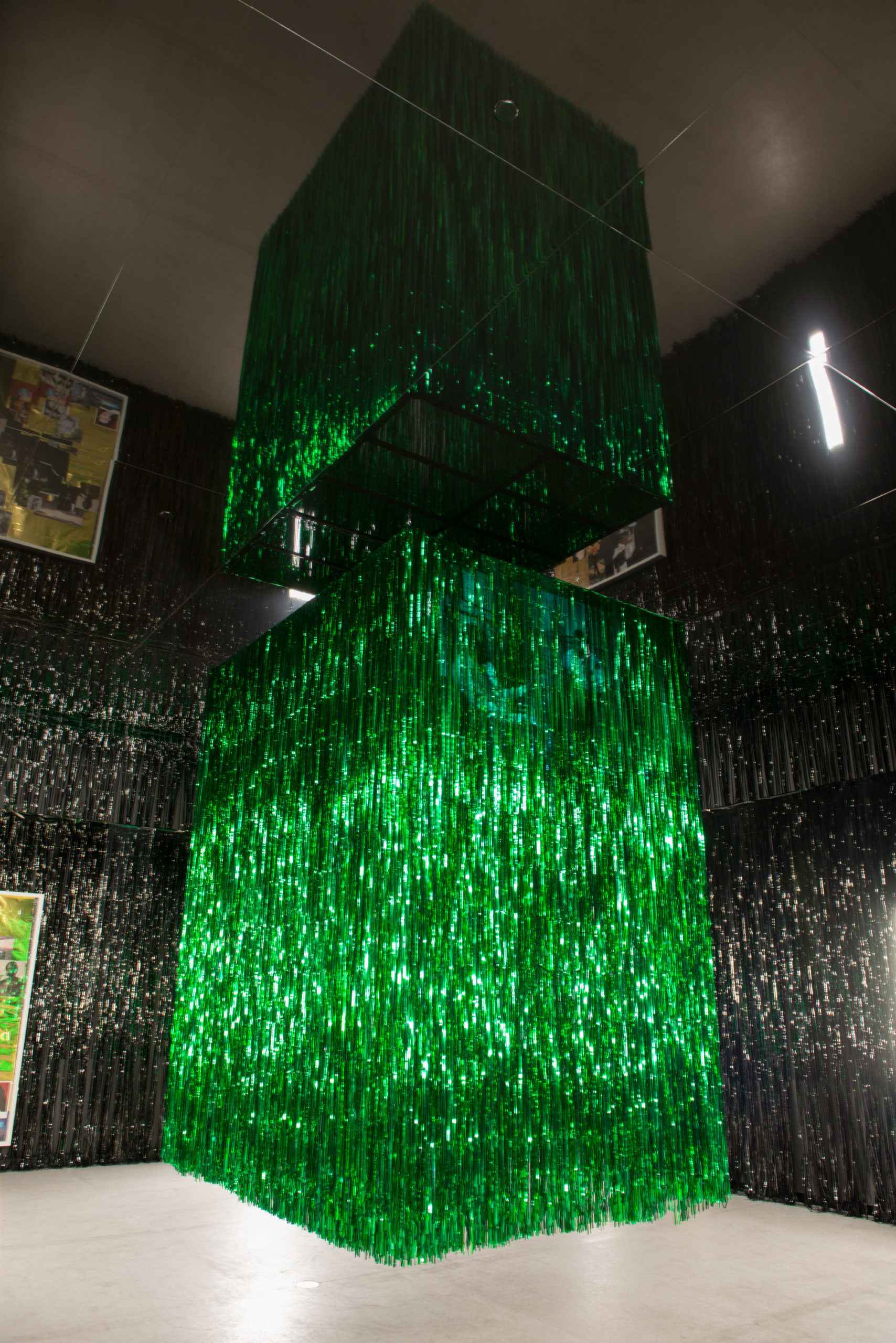