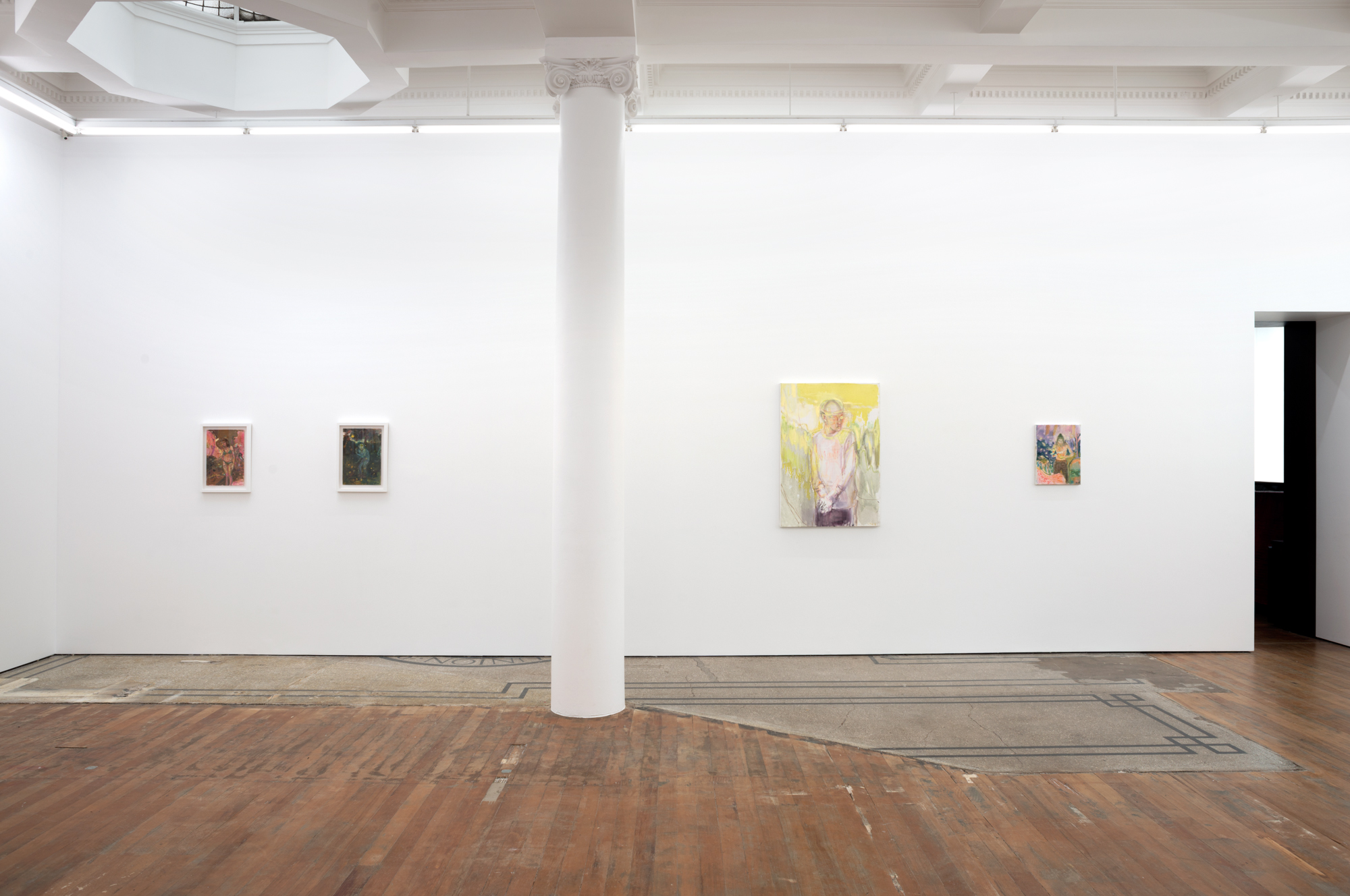 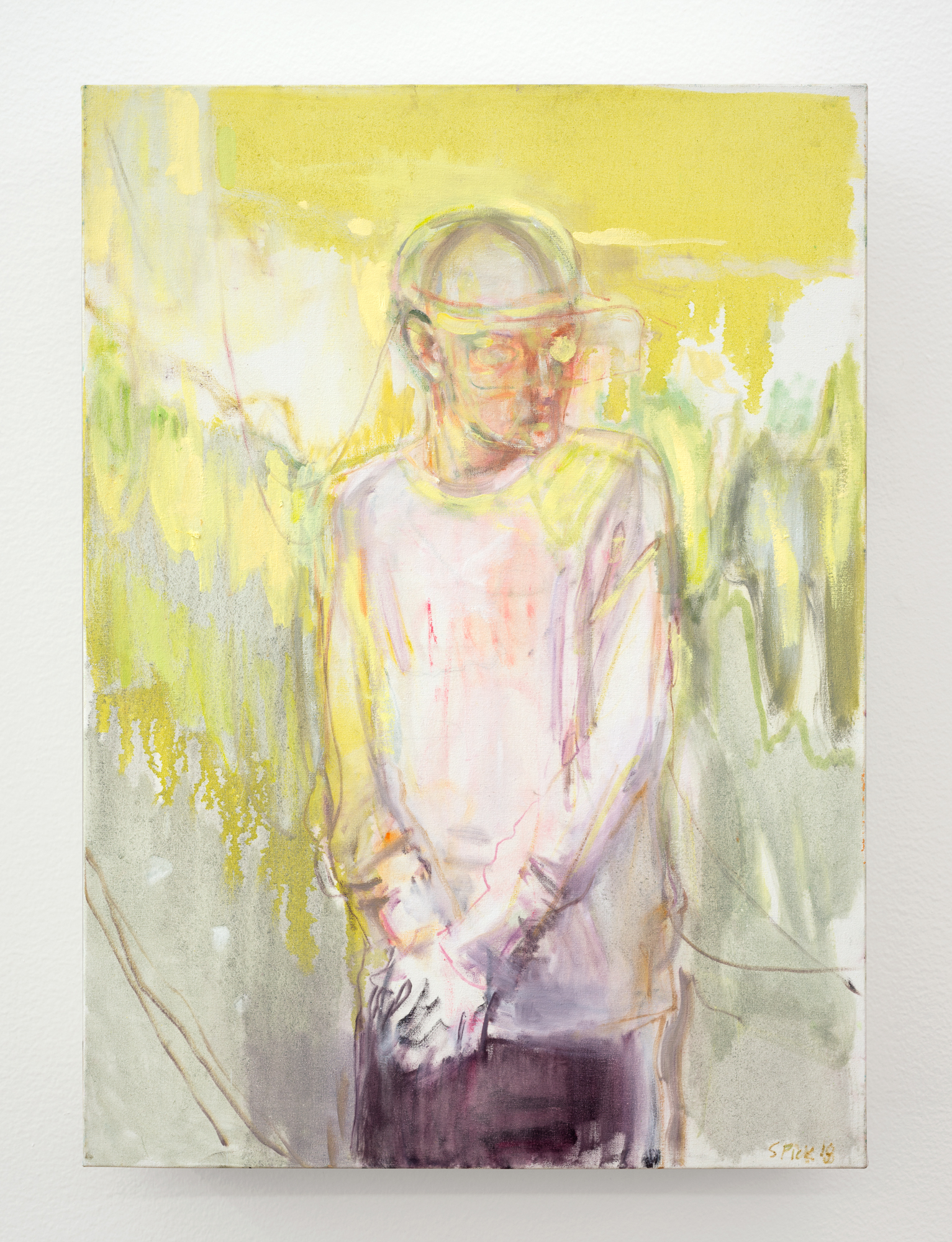 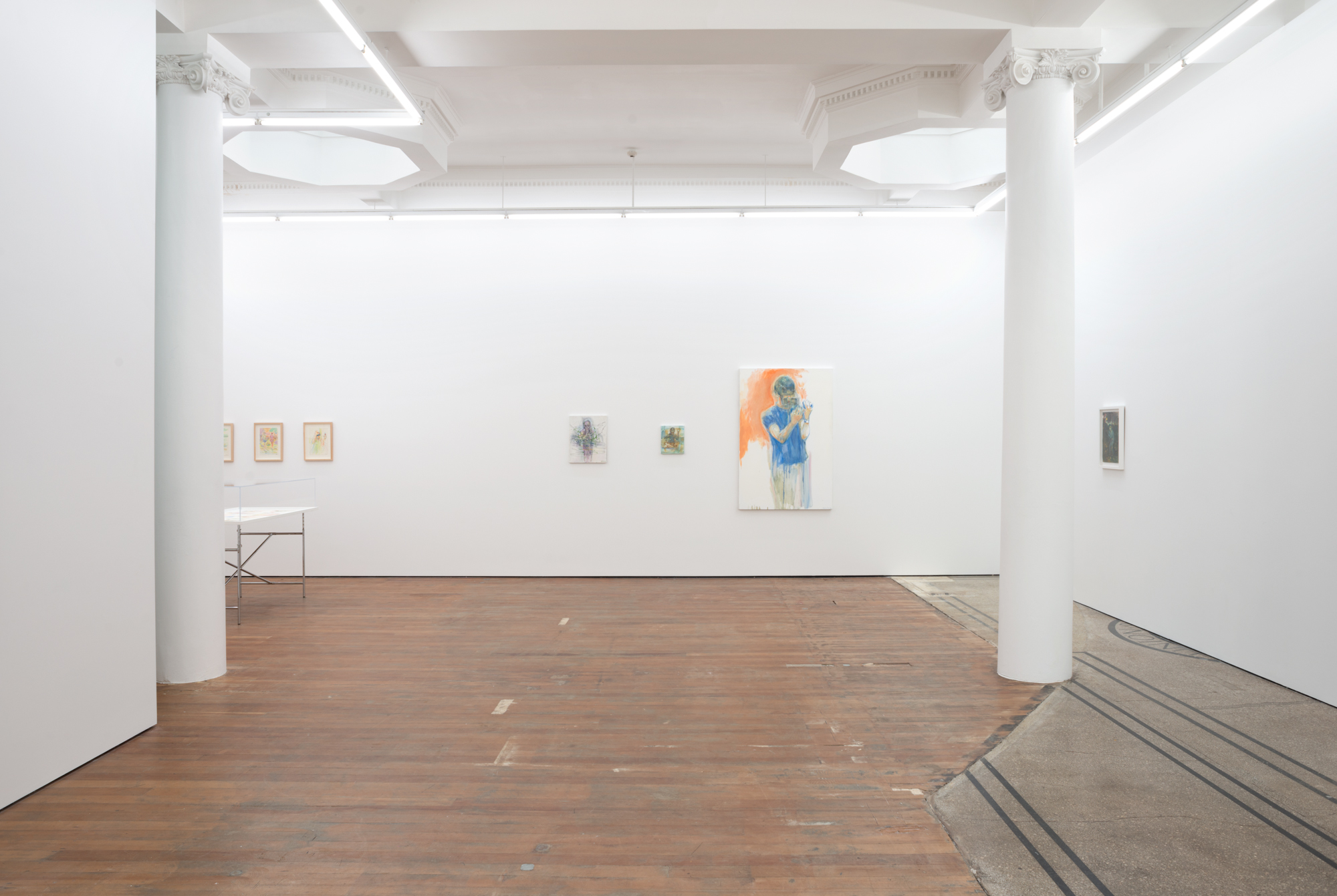 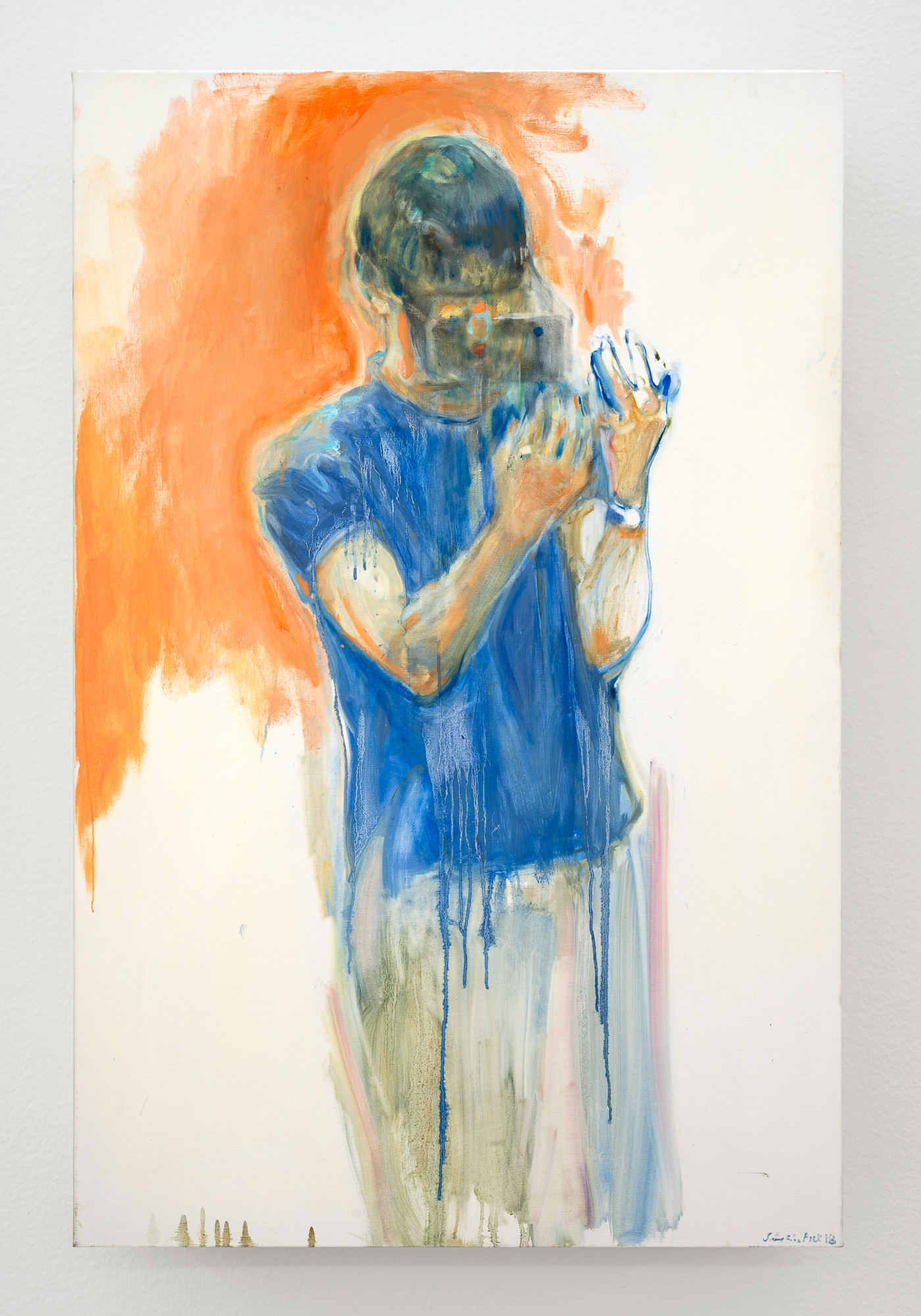 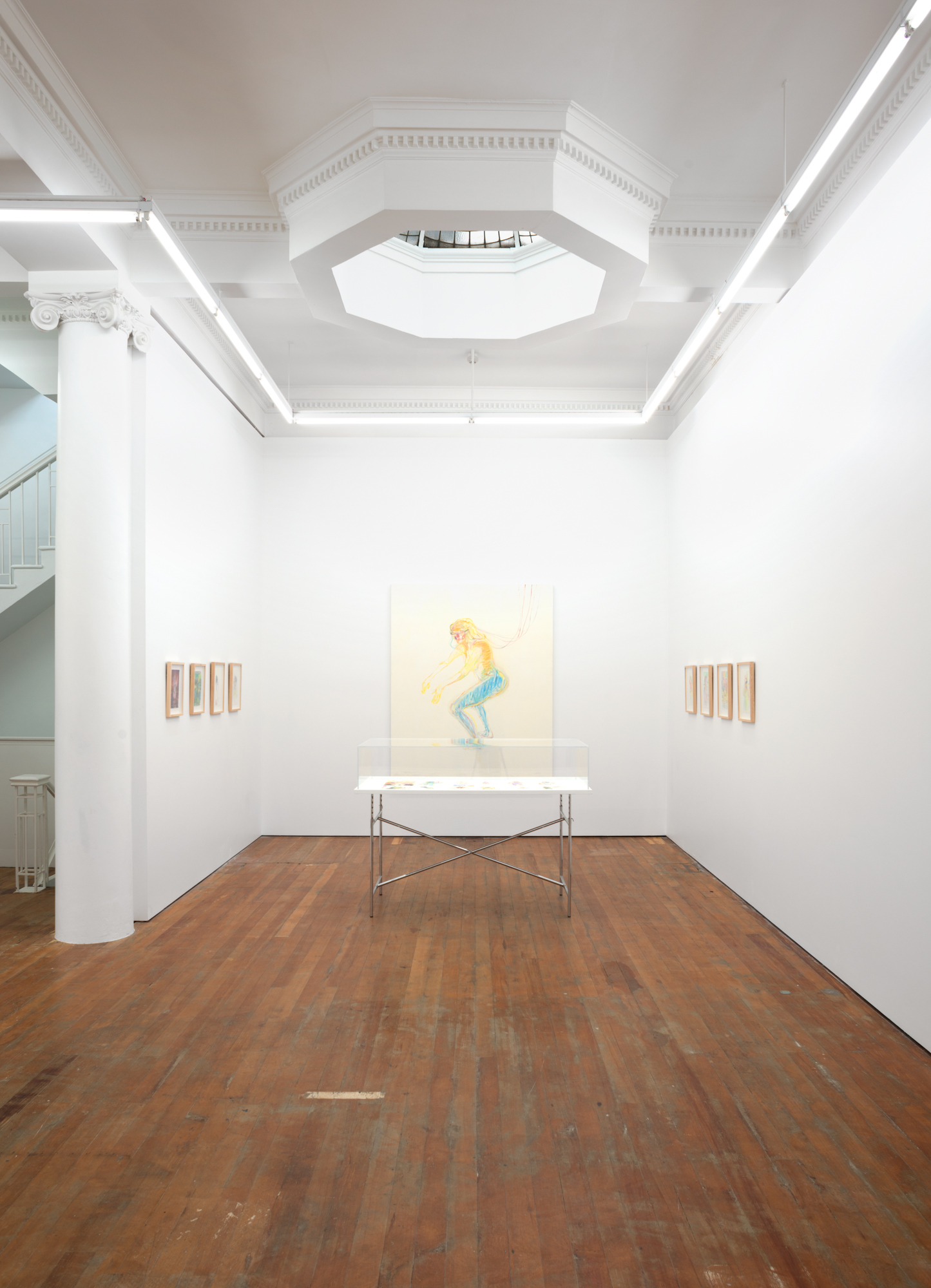 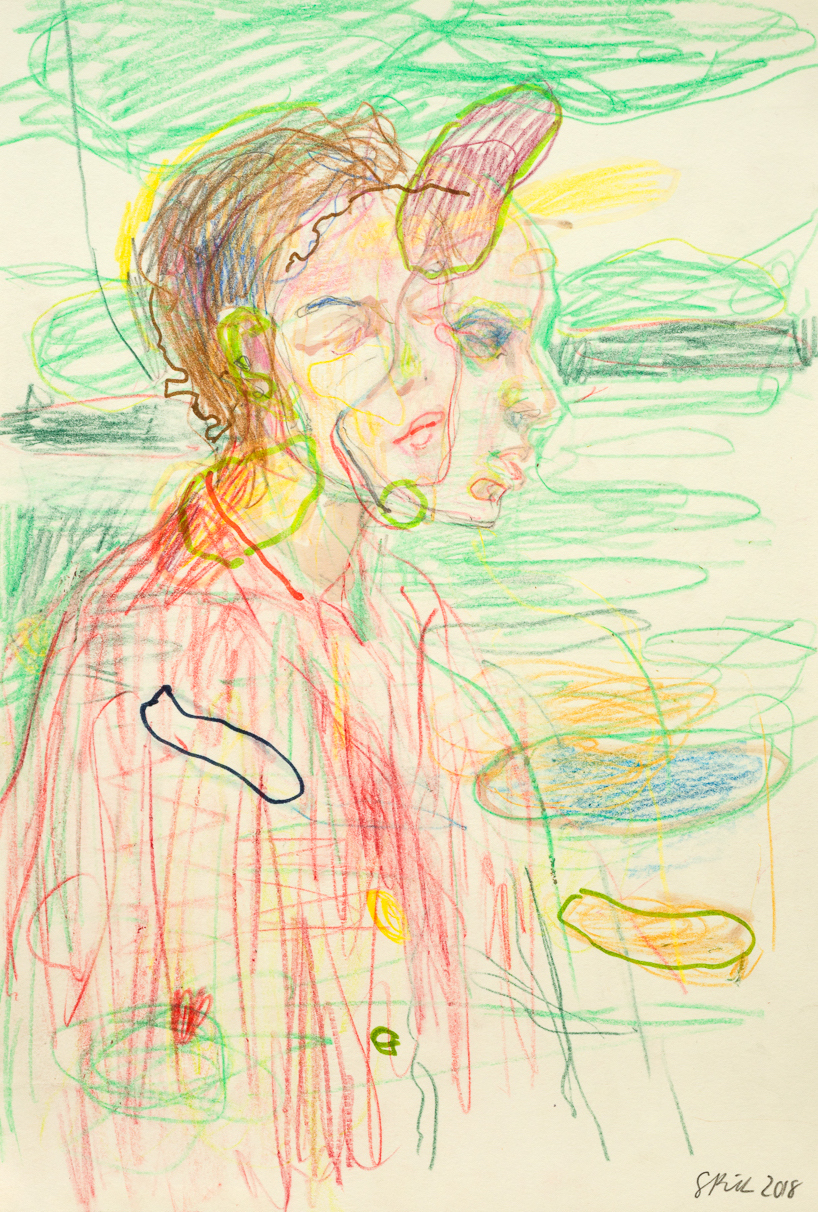 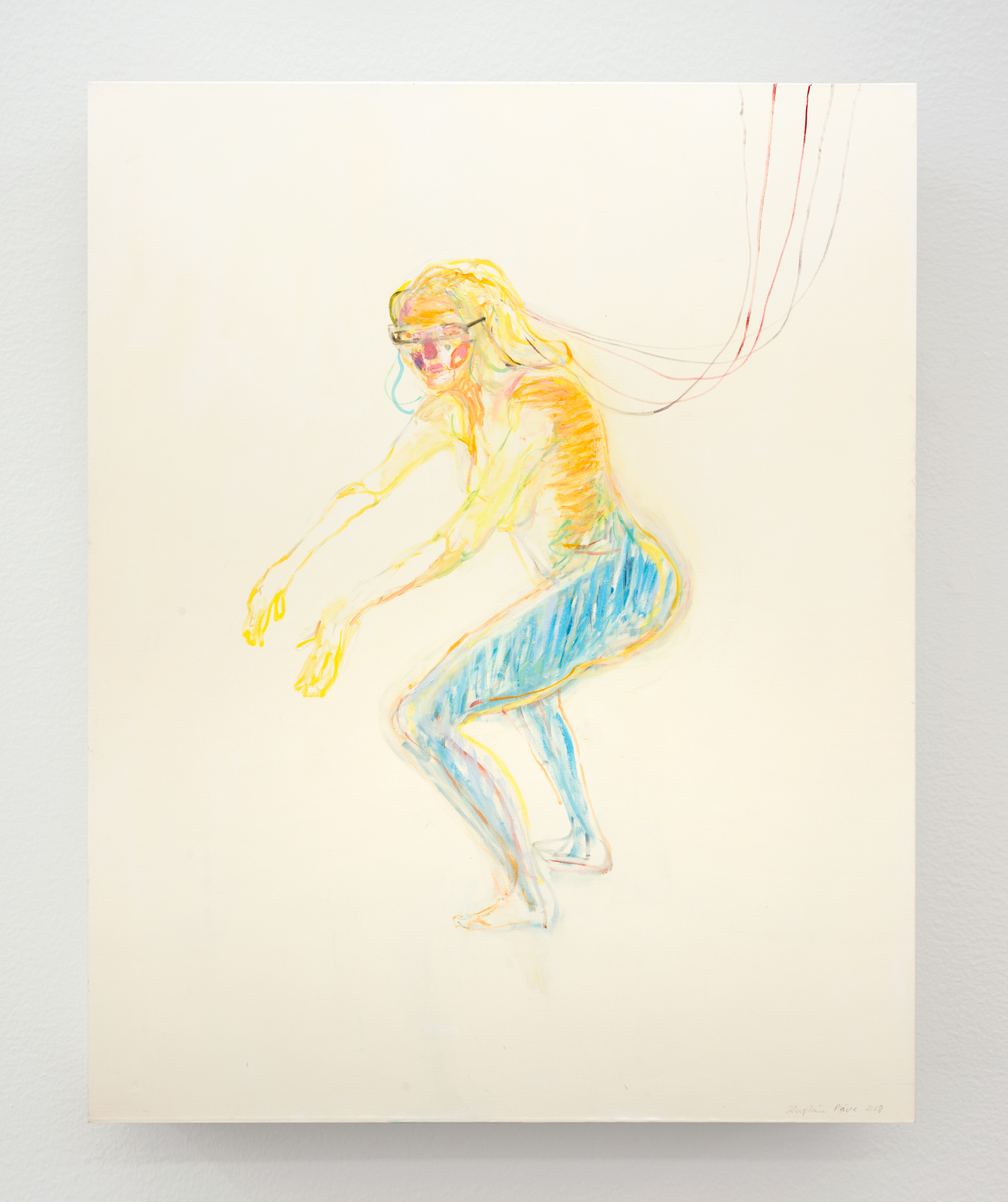 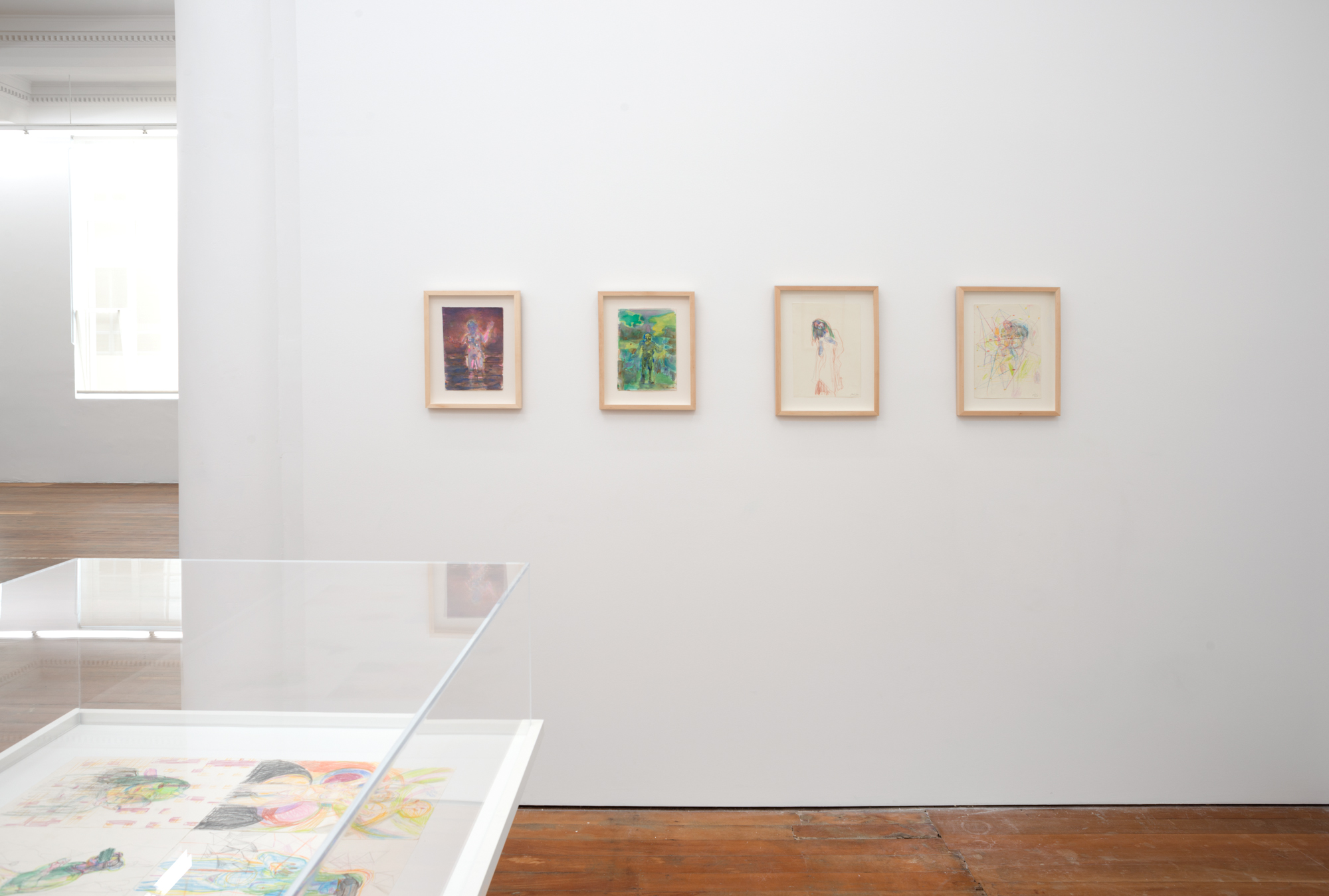 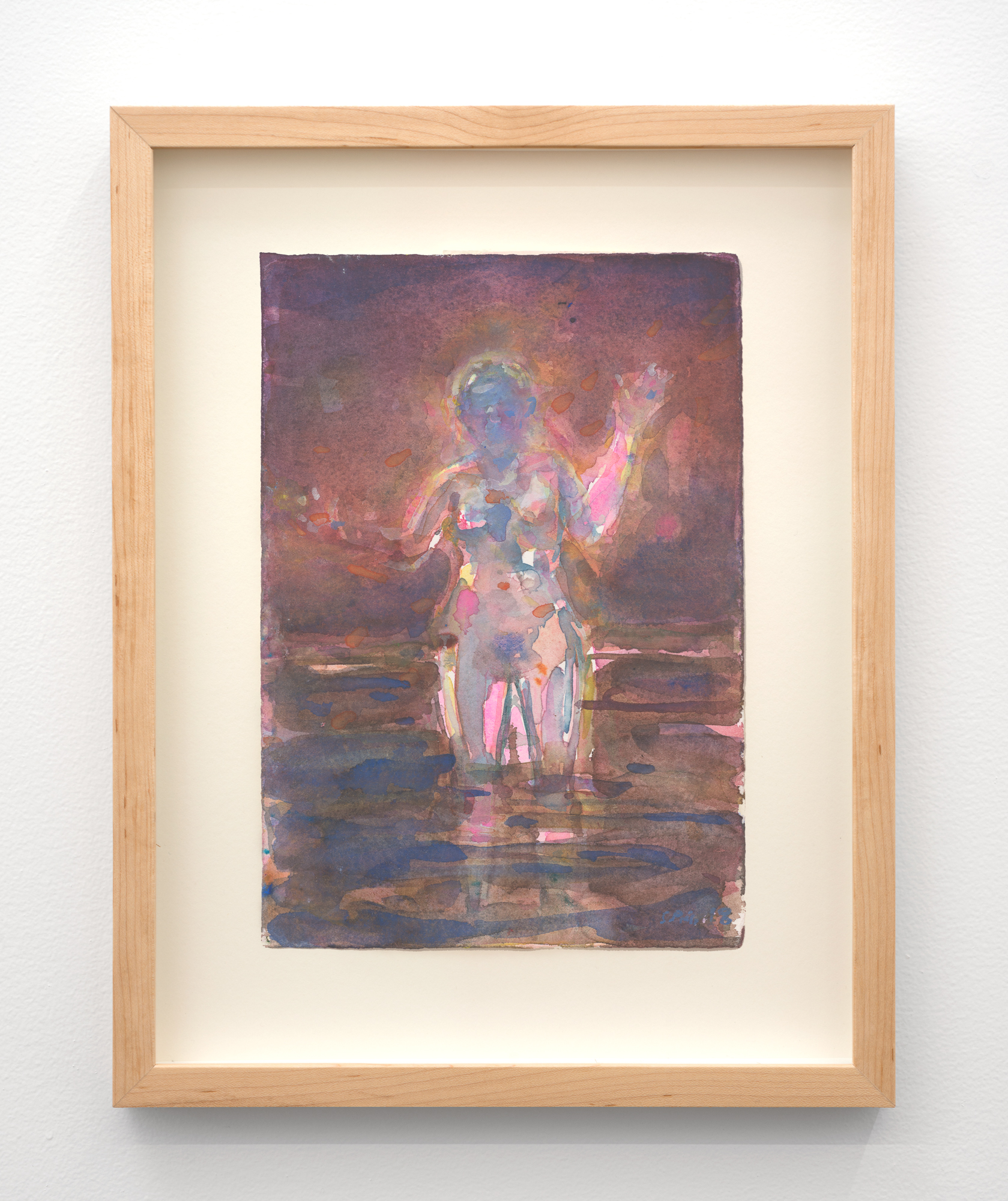 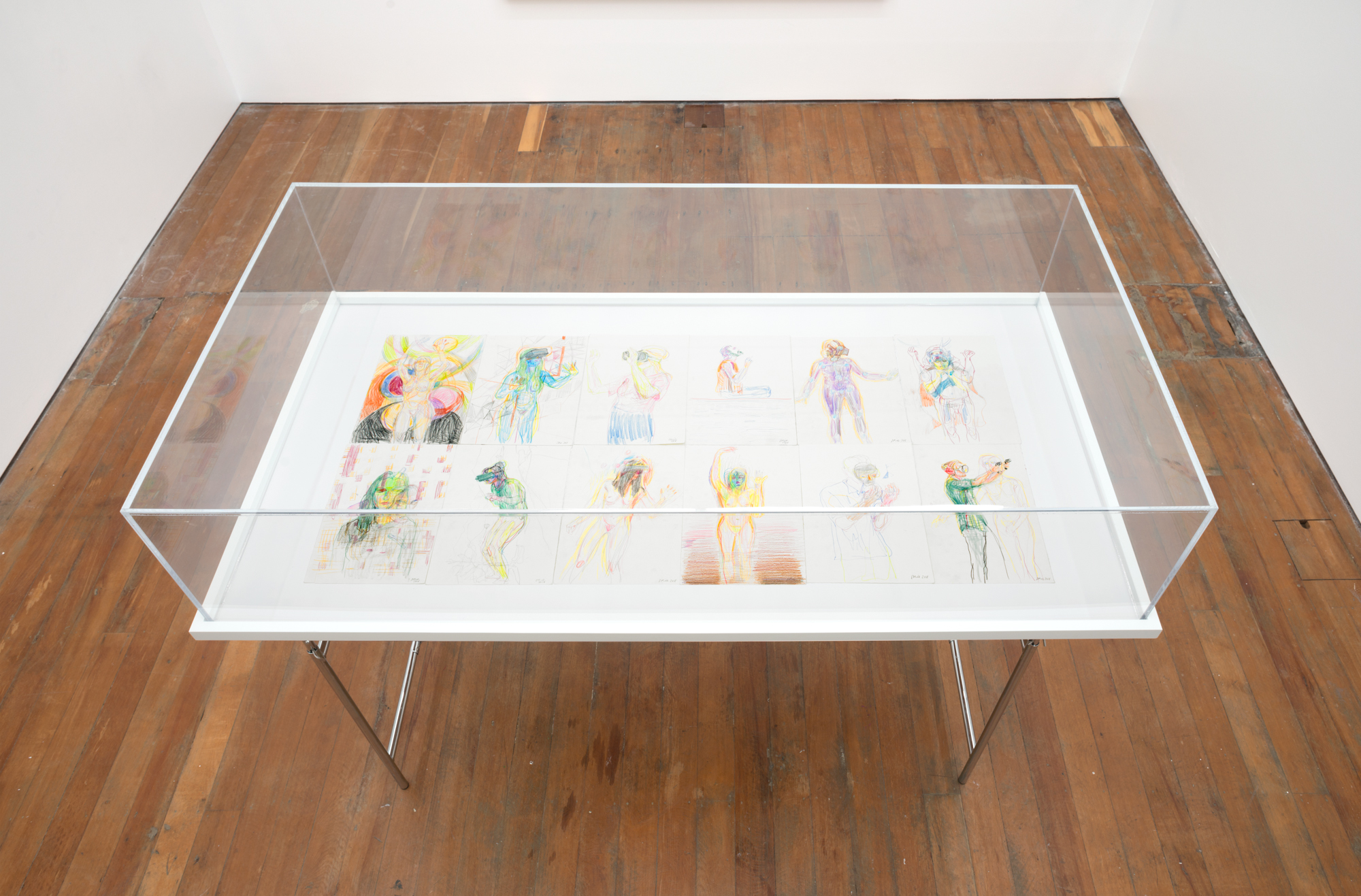 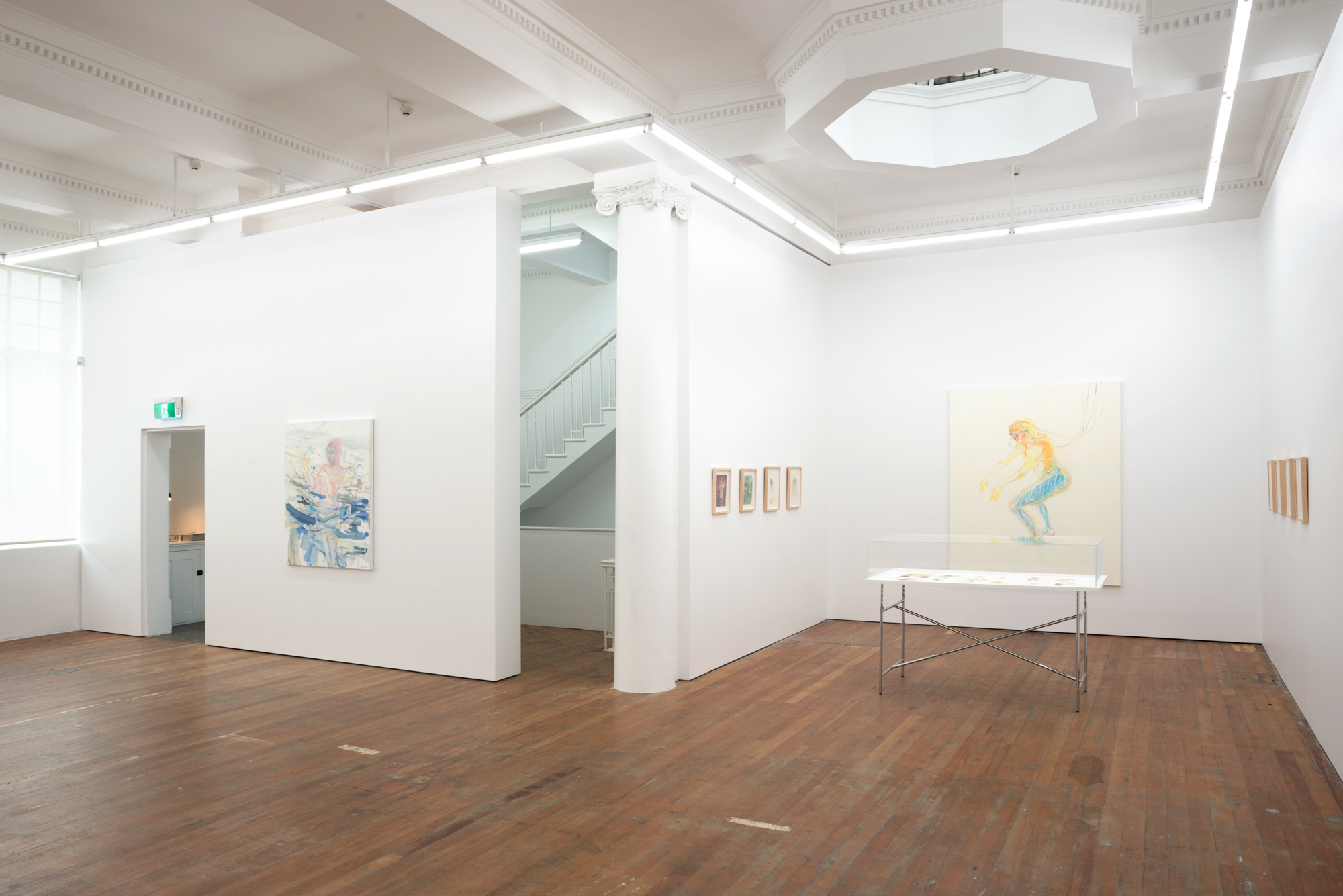 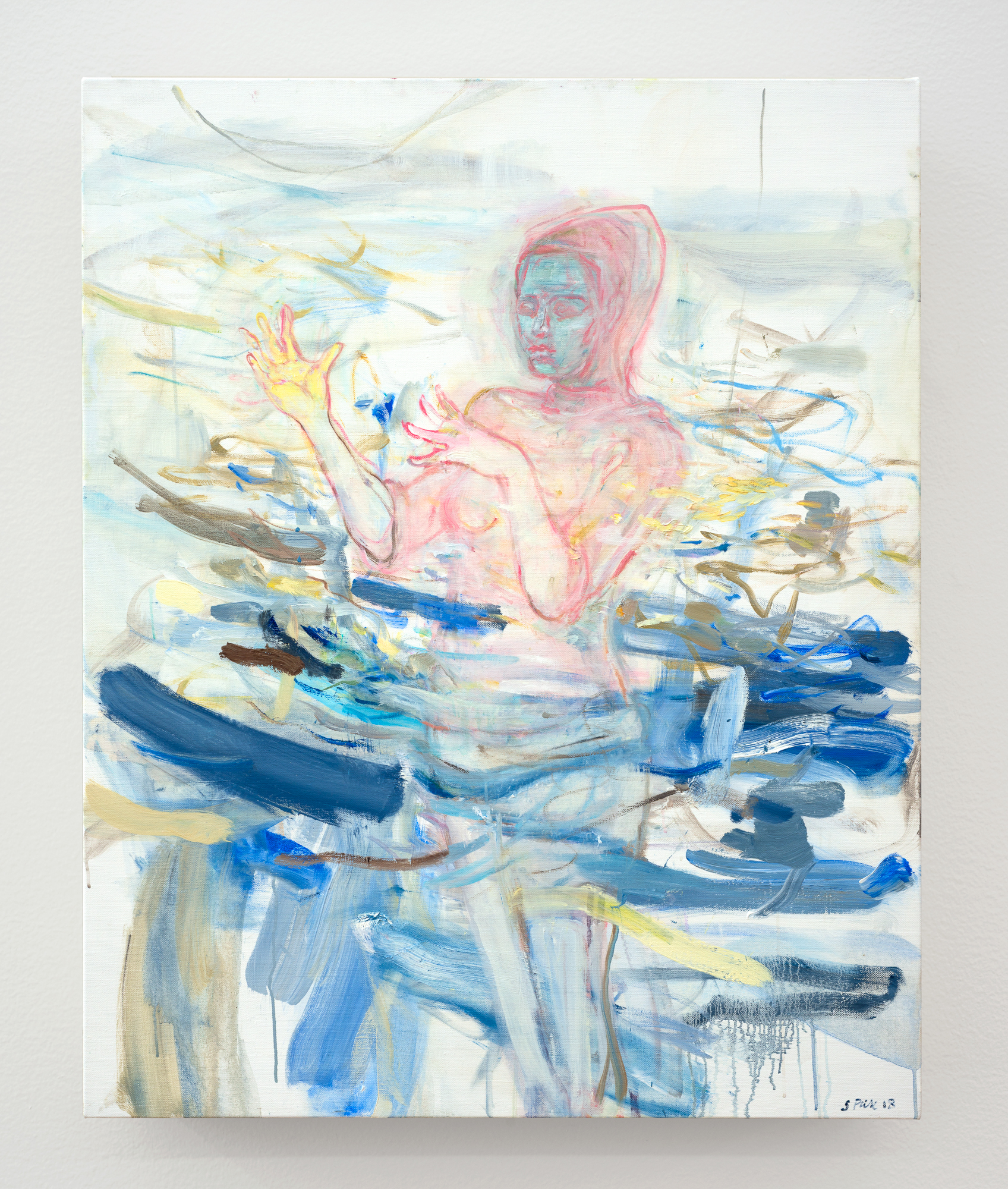 In 2007 psychiatrist Dominic H. Ffytche began experiments in London testing a new device that altered the visual perception of his participants. Wearing goggles that bathed the eye in flashing diodes of light, subjects experienced ‘white noise’ that eliminated visual cues from the optic nerve and created phantom, hallucinatory signals. Even with their eyes closed, a spectrum of shapes, shimmering dots and lines emerged that resembled abstractionism.

For the past thirty years Séraphine Pick has engaged with figments of memory and explored the body as a site of consciousness in her practice. Most recently, she has looked to digital information technologies to decode aspects of universal human experience. Hazy images of people who appear comatose found online, the internet as a crowd that offers belonging, misrepresentation and an information deluge.

God Helmet touches on the mind’s ability to generate its own imagery via virtual reality (VR) systems. These out-of-body experiences are treated like real memories by the brain, forging intimacy that has been built by the creator of a digital world. The artworks explore what it means to live in a mediated state. Bodies grope the air around them, their hands searching for affirmation of existence. Tentatively their fingers flex, grounding the reality they now find themselves in.

The contours of these figures shift, an imprint of movement time-lapsed between fiction and the tangible. Like in many of Pick’s other paintings, the trace of a liminal world is visible just beyond the surface. God Helmet speaks to the unknown, a colloquial name given to an experimental apparatus of the 1970s that transmitted low frequency magnetic energy to the brain, thought to aid the study of creative and religious experience. Accounts from many participants displayed a genuine belief that they had connected directly with God.