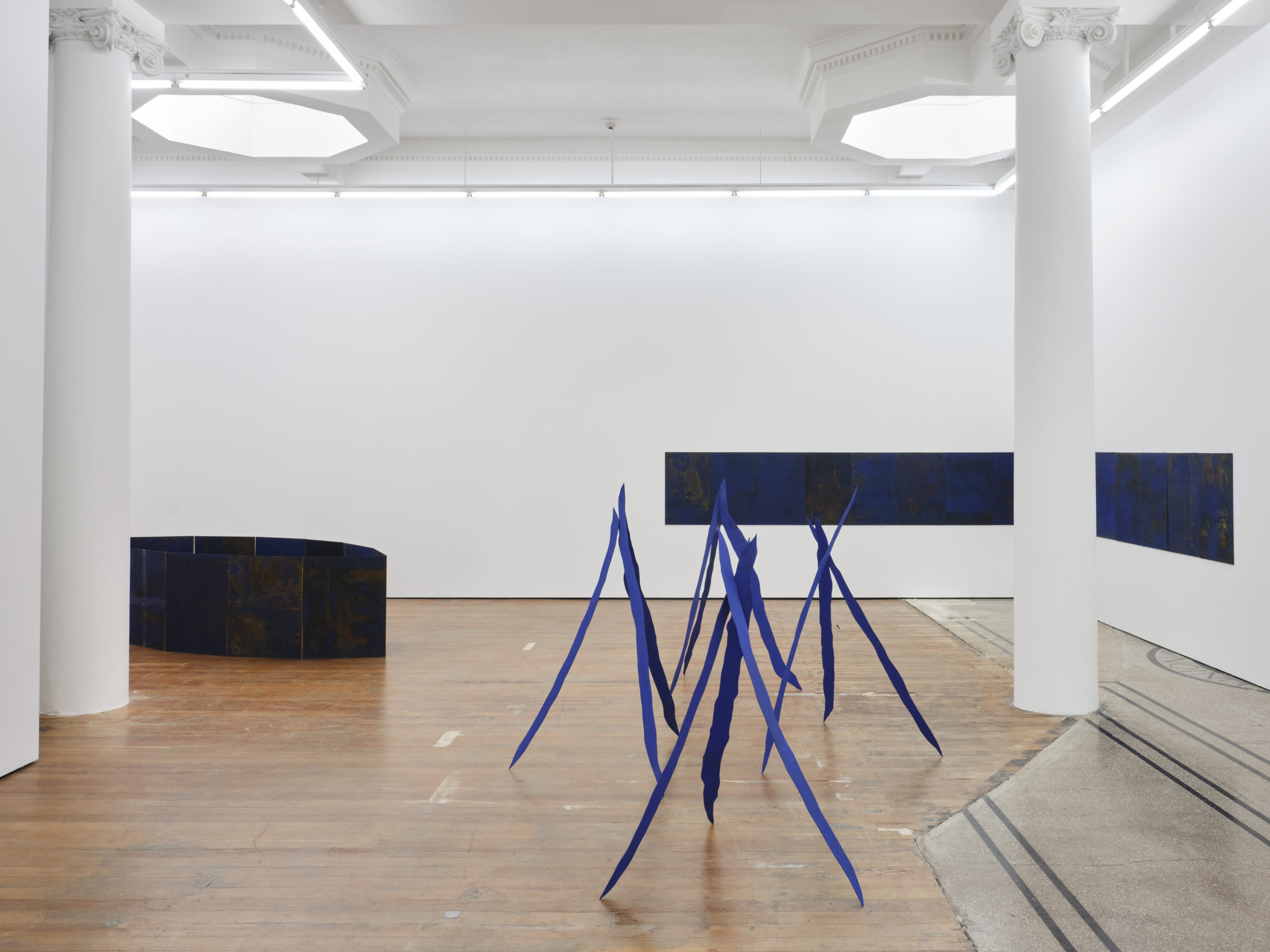 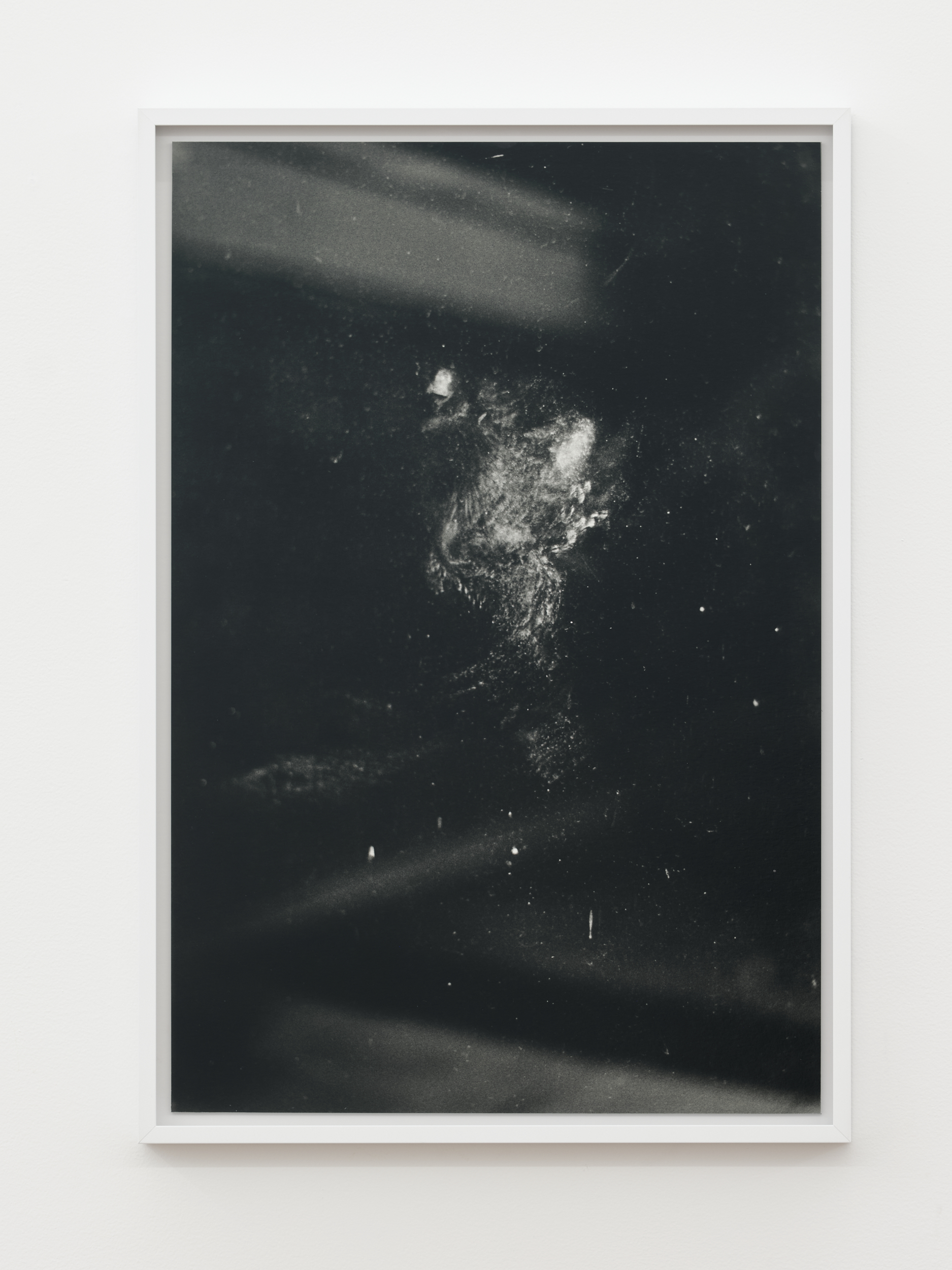 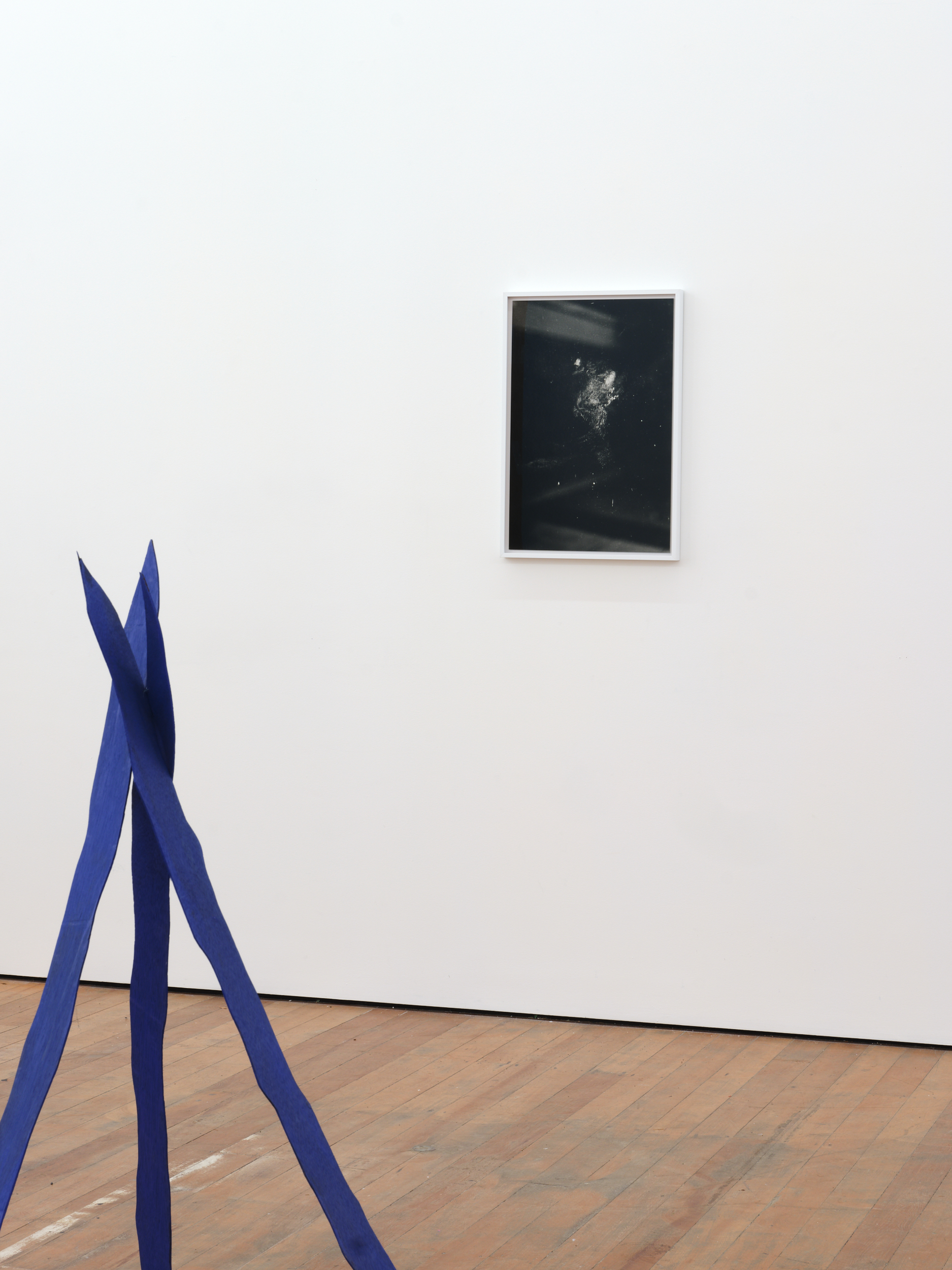 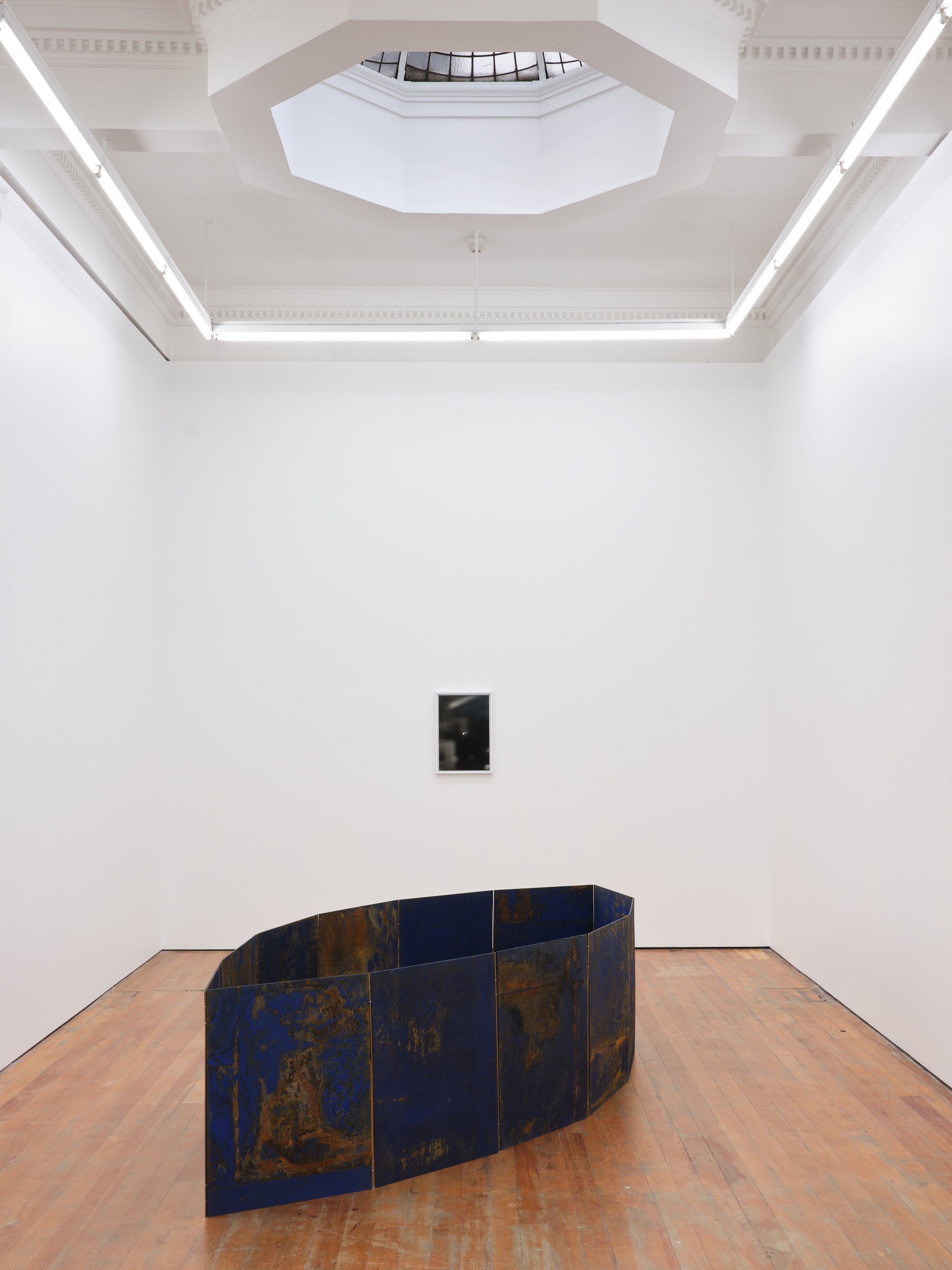 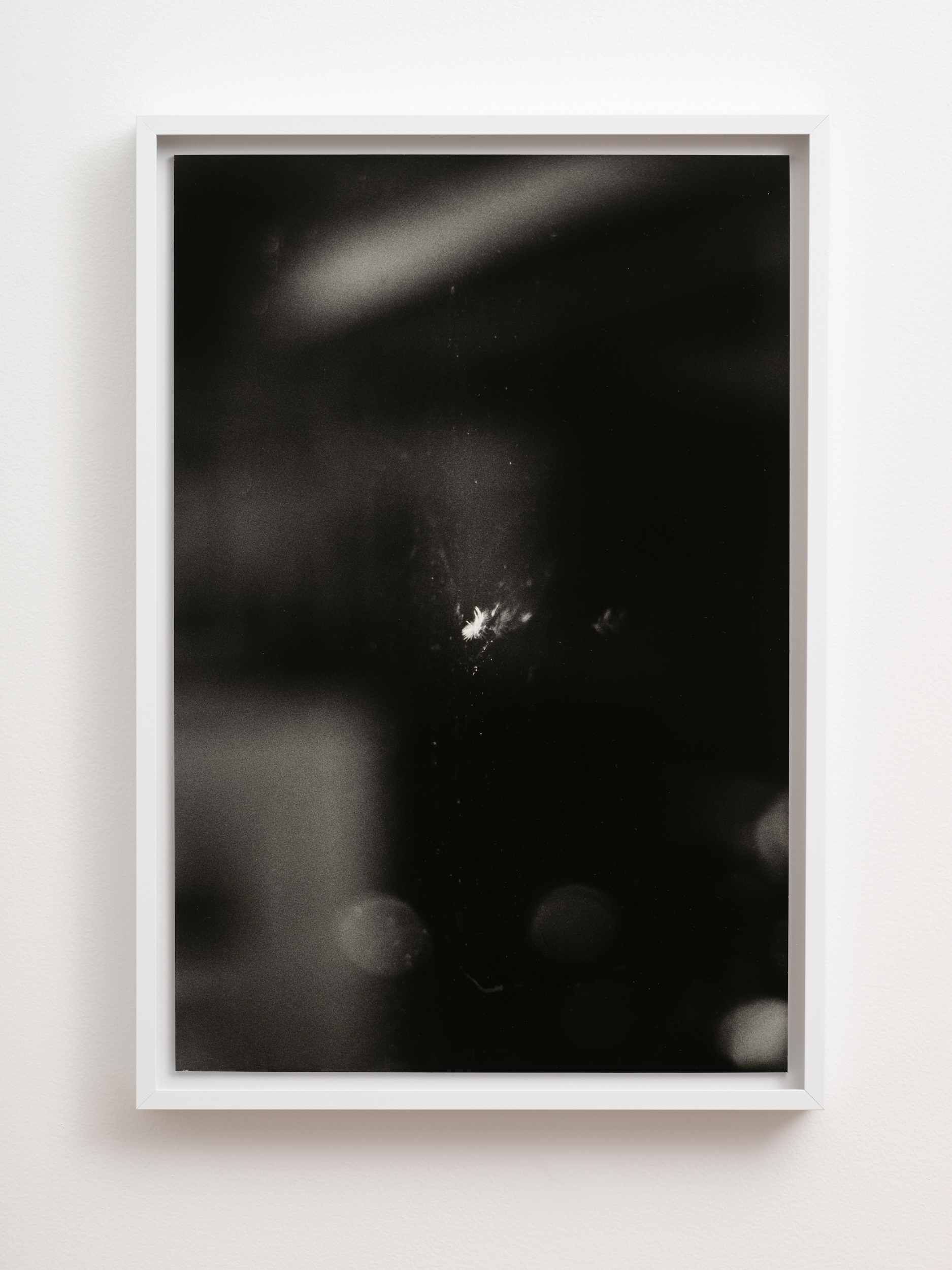 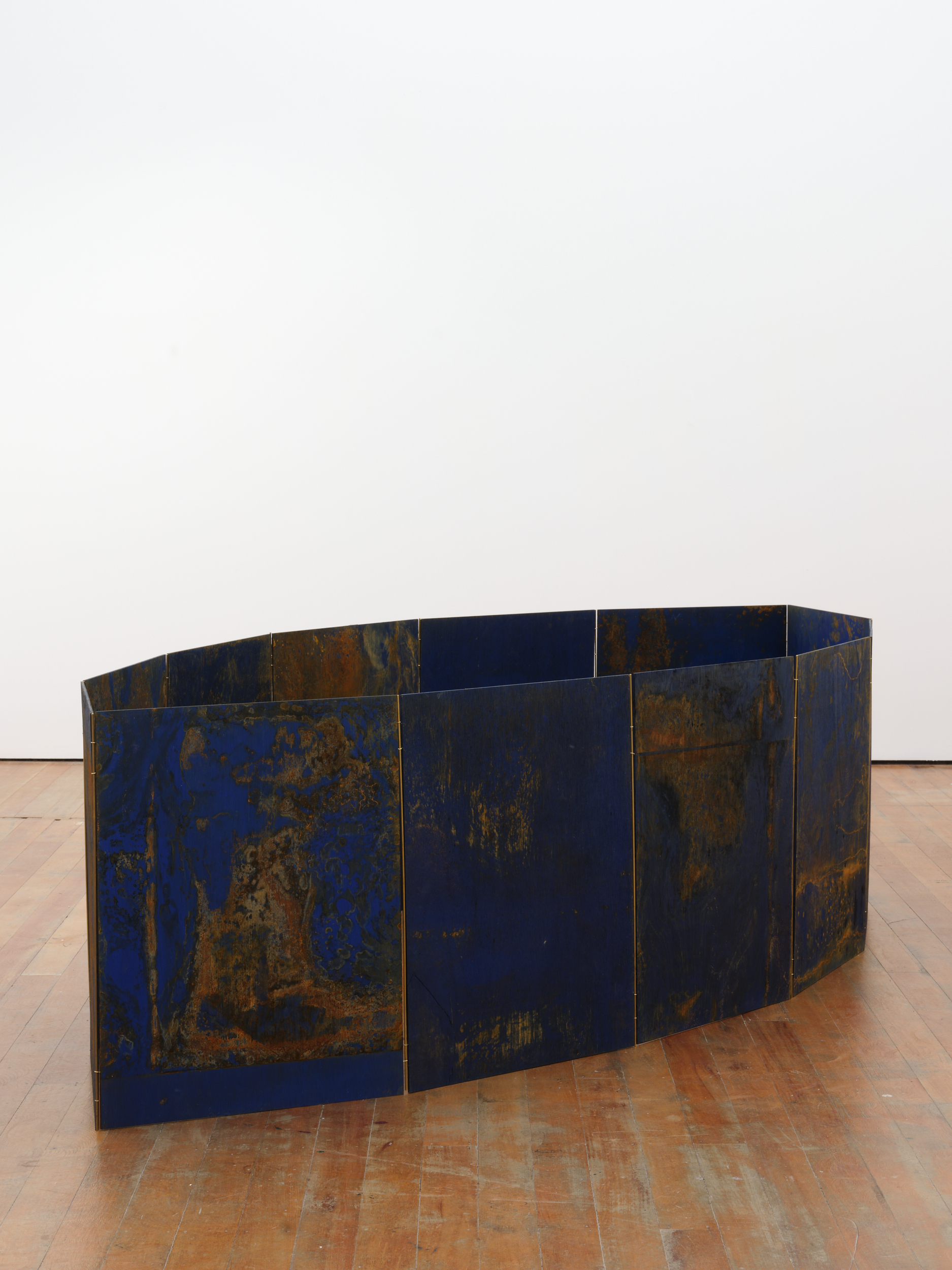 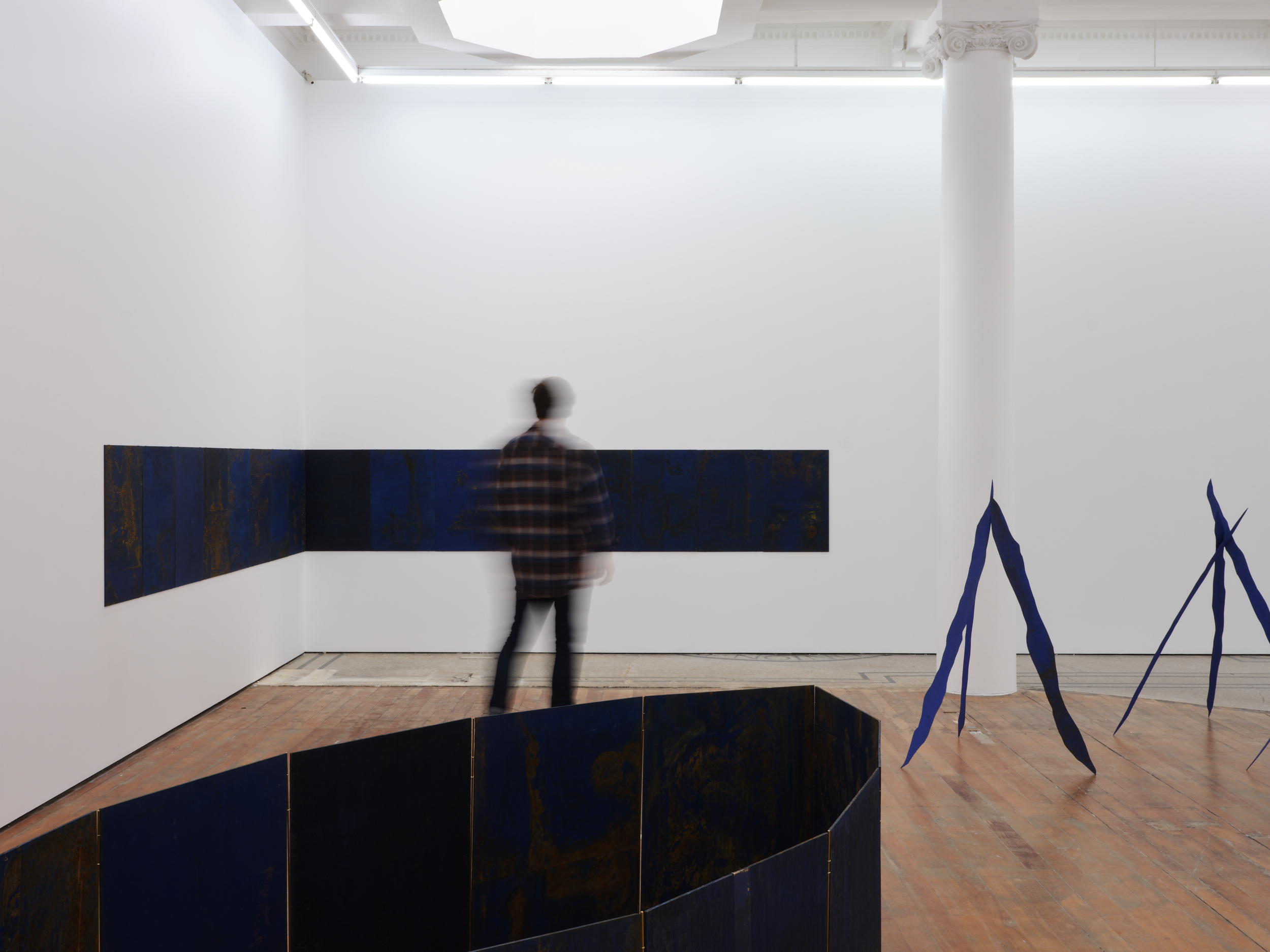 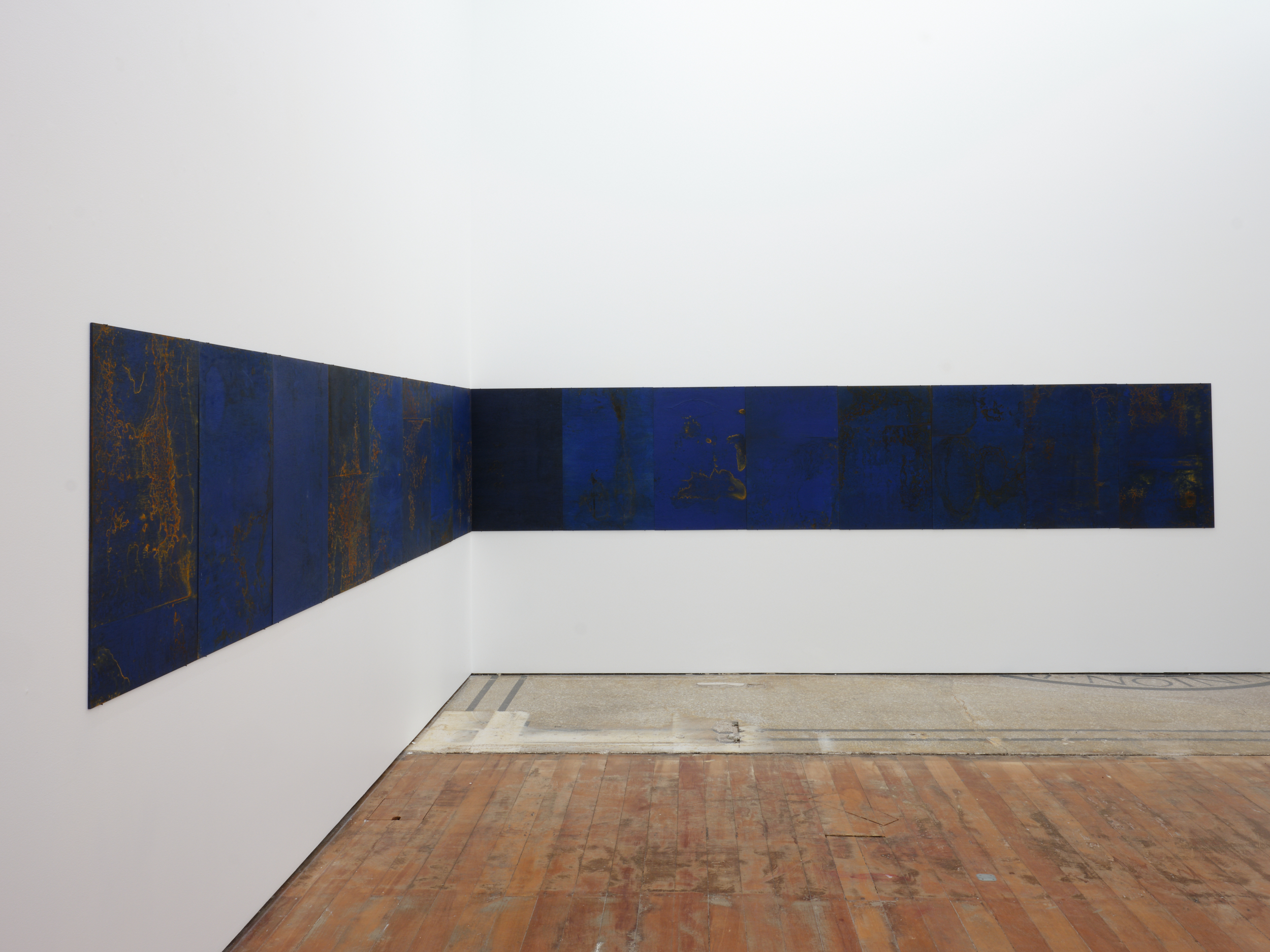 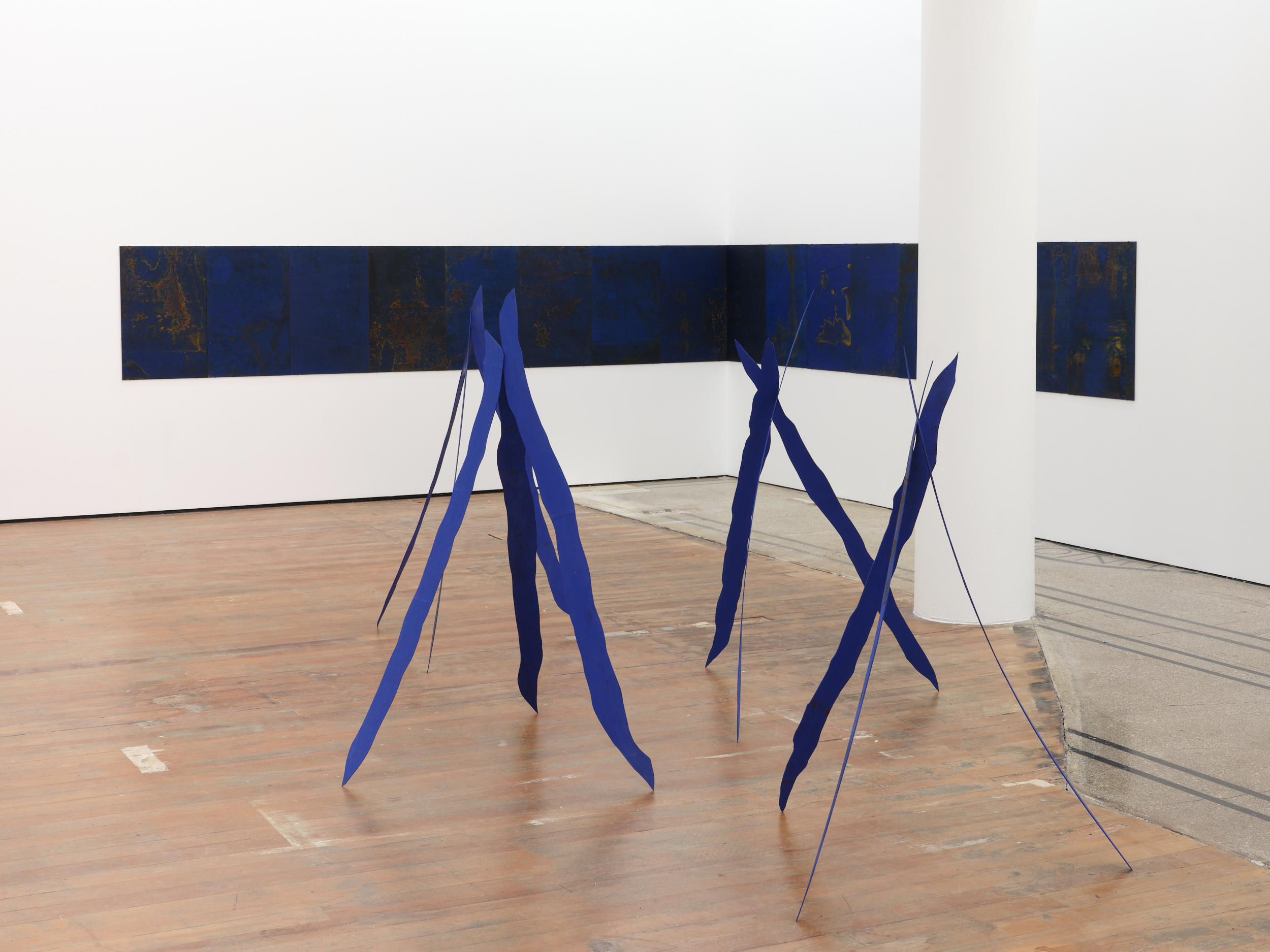 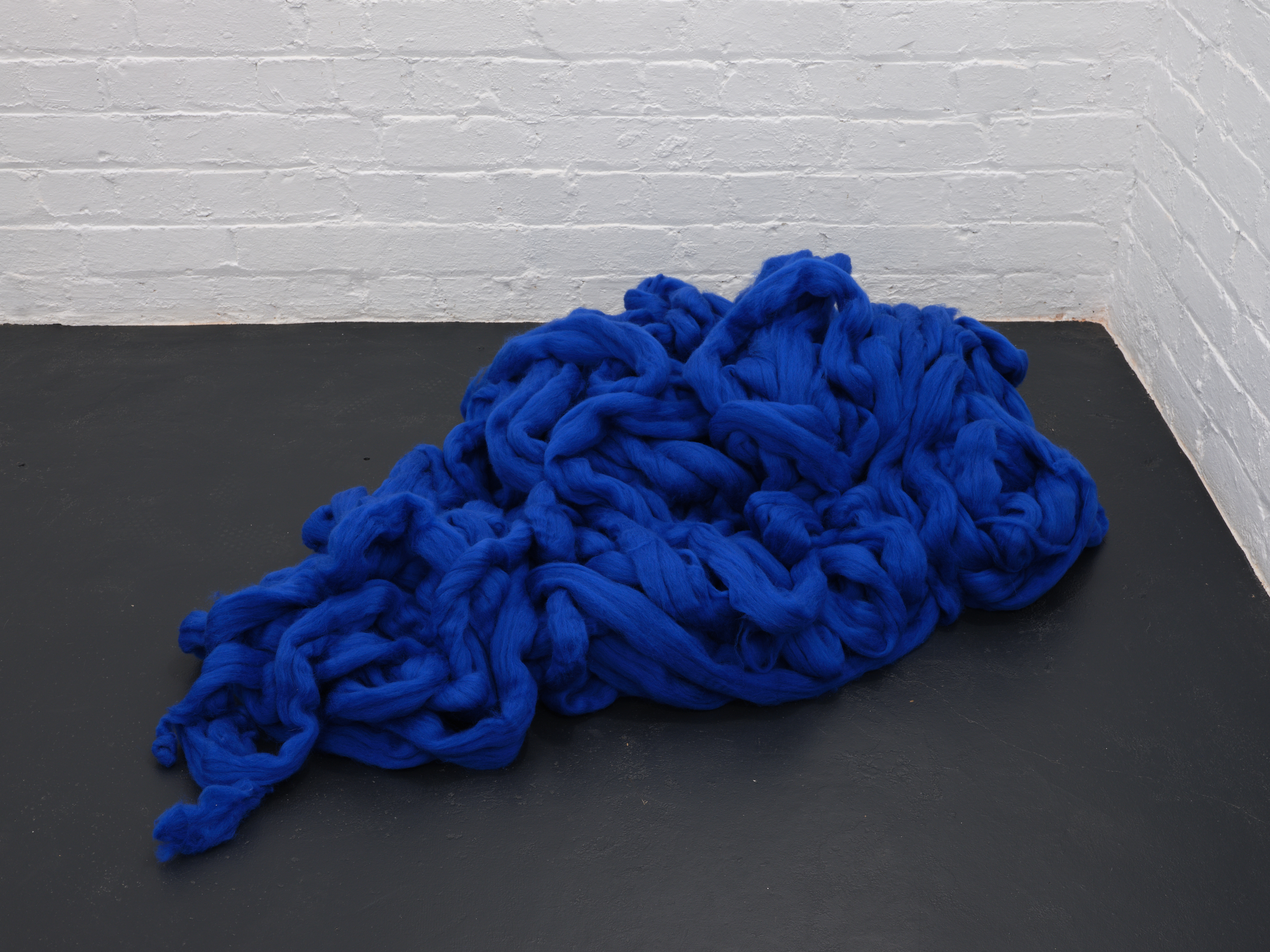 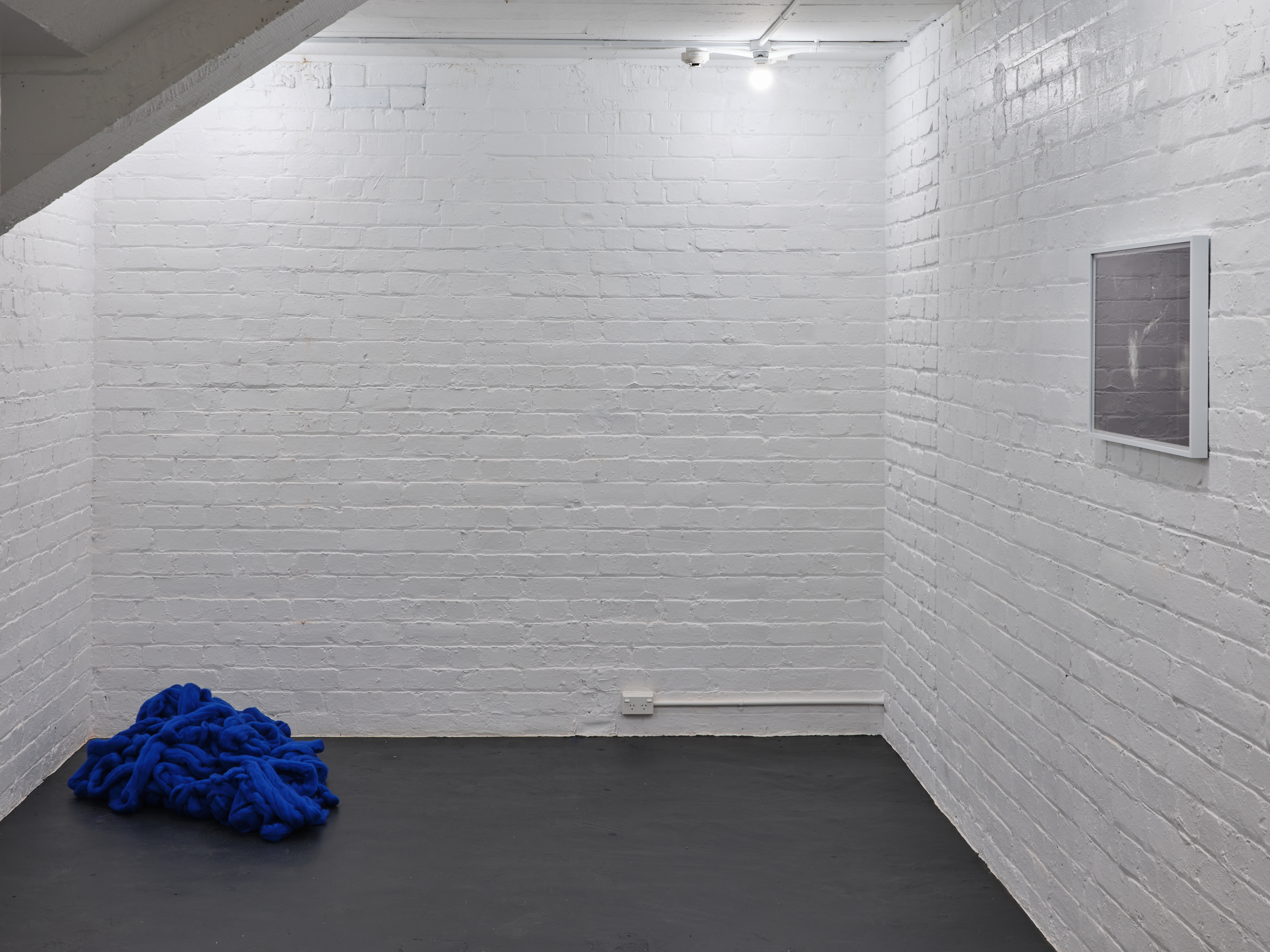 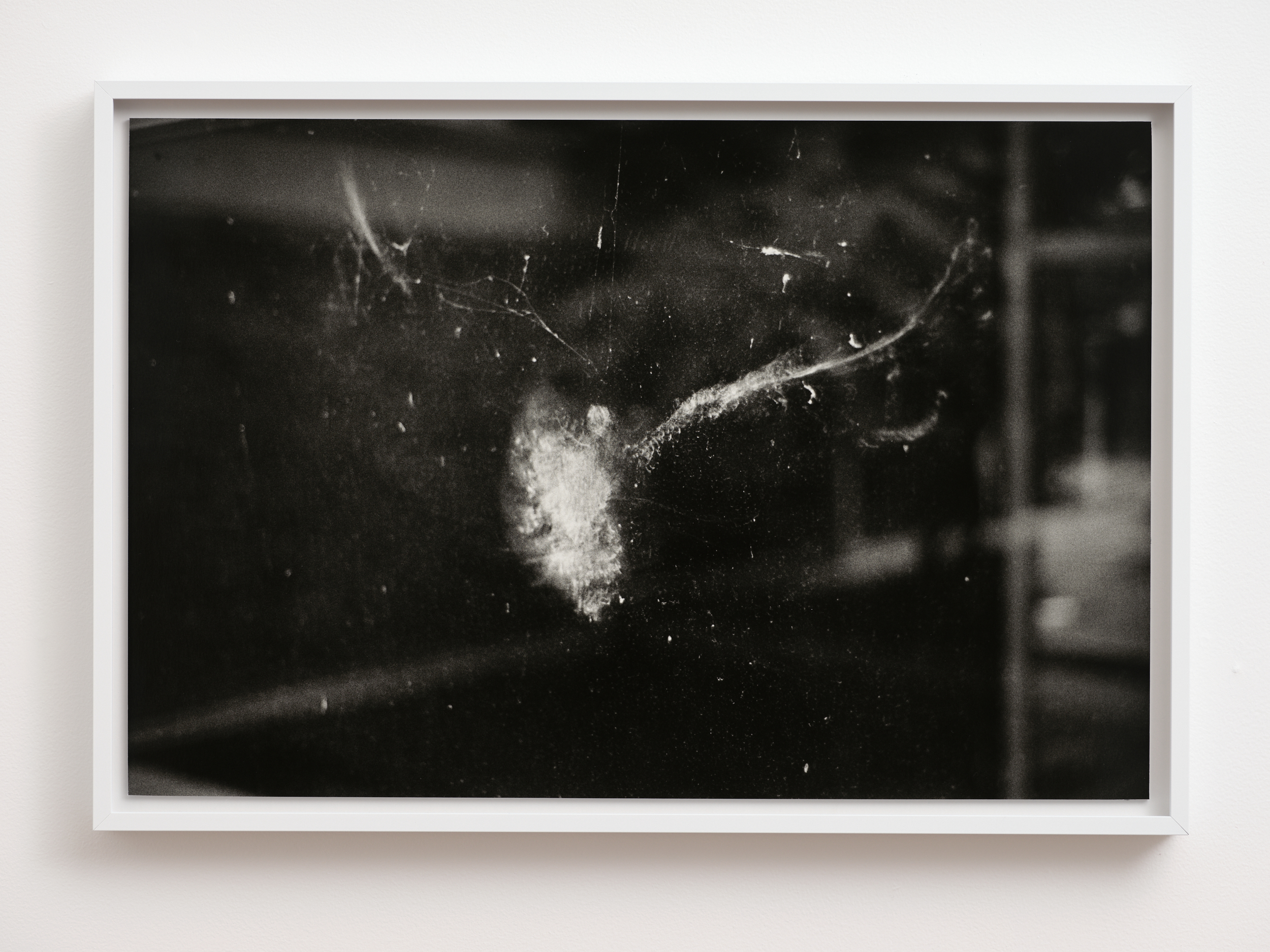 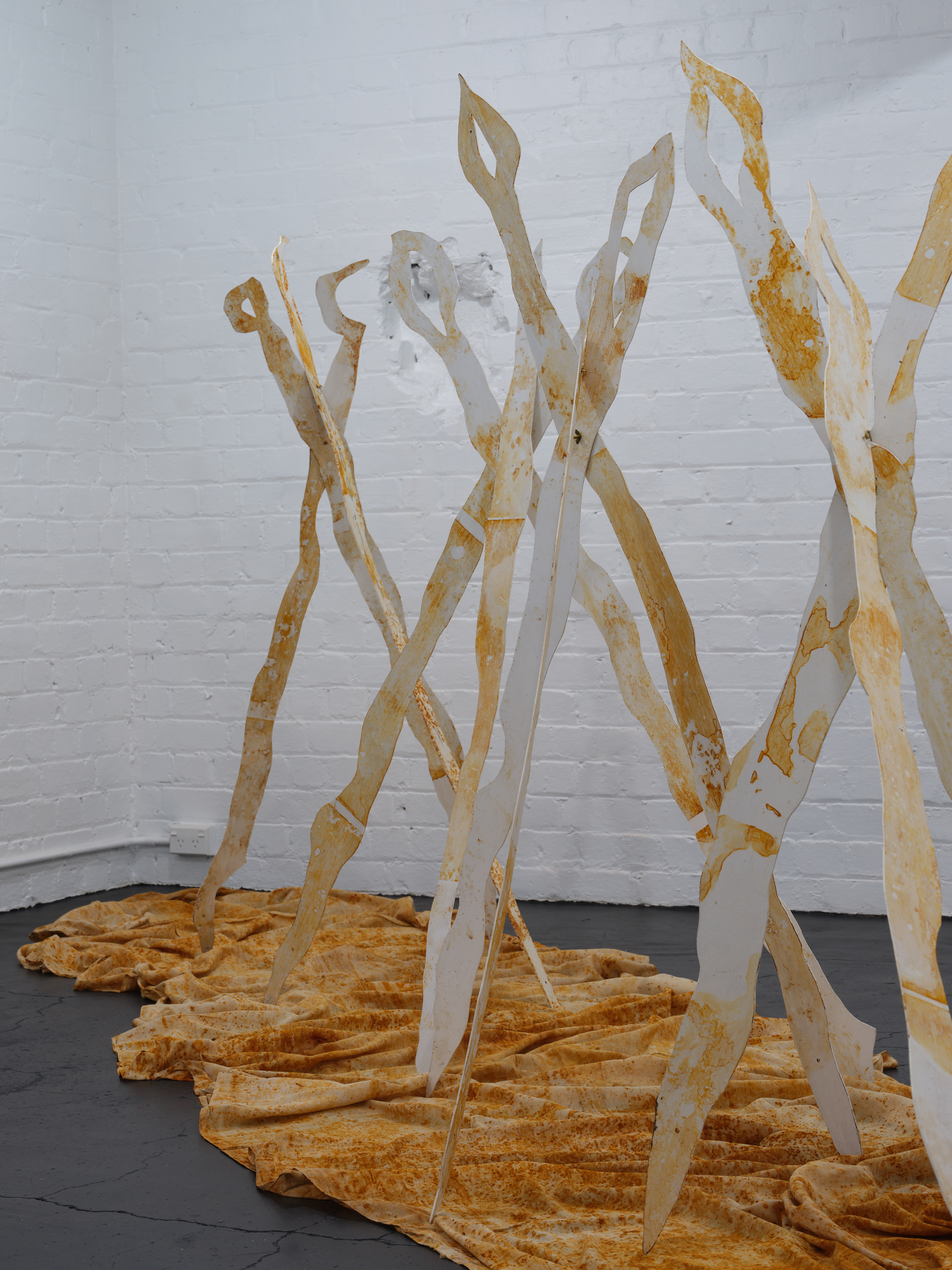 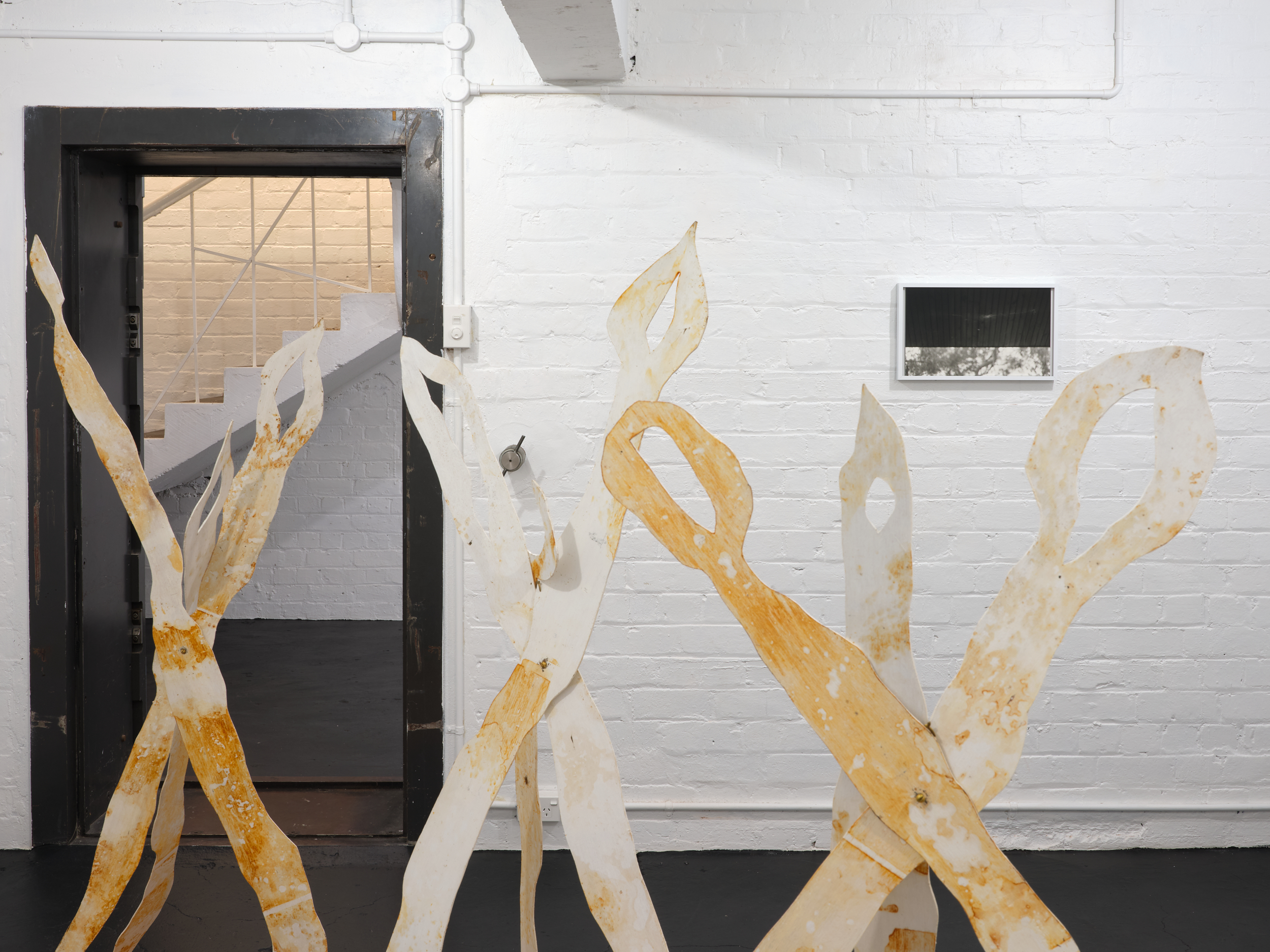 Bluets addresses intricate, material entanglements between the human and non-human, as well as built and natural environments.

The exhibition presents work by two artists— Richard Frater who is currently based in Berlin and Canterbury-based Pauline Rhodes. It takes its title from Bluets, US-based author Maggie Nelson’s 2009 attempt to craft

a blue tome, an encyclopedic compendium of blue observations, thoughts and facts.*

Extending from her earlier installation Blue Mind, in Bluets Rhodes continues to explore the theme of the colour blue, in particular its reference to the sea.

Frater’s contribution consists of photographic prints from his series Invitation Dilemma, a phrase ornithologists use to refer to the existential threat of glazing. Birds are lured towards attractive habitat that appears to be on the other side of windows, including those of art galleries, which draws them to fatal collisions. Millions of birds hurtle towards their death because their limited cognitive capacity inhibits them from recognising glass.

When a bird collides with a window, the impact draws fats and dust out of the feathers. The bird gives out a film for the feathers to press into, preserving a proto-image of itself in flight, while simultaneously capturing the moment of its untimely death. This idea of the imprint is at the heart of photography.

The photographs on display were taken at the Akademie der Künste, in Hansaviertel, Berlin and the Heide Museum of Modern Art in Bulleen, Victoria, two examples of museum-in-park scenarios that connect viewers to the scale and distribution of the problem.

For Bluets, Rhodes draws on the accumulation from 1990 to 2020, of adaptable sculptural elements that respond to situations indoors, as well as on the land or near the sea. A vessel of non-containment alludes to life as a voyage. The blue and white tripods have been previously set up in the inter-tidal zone to watch the sea and its changes. The blue painted and rust-stained panels form a background to the free-standing works. The rust refers to the presence of iron throughout the earth and in the universe.