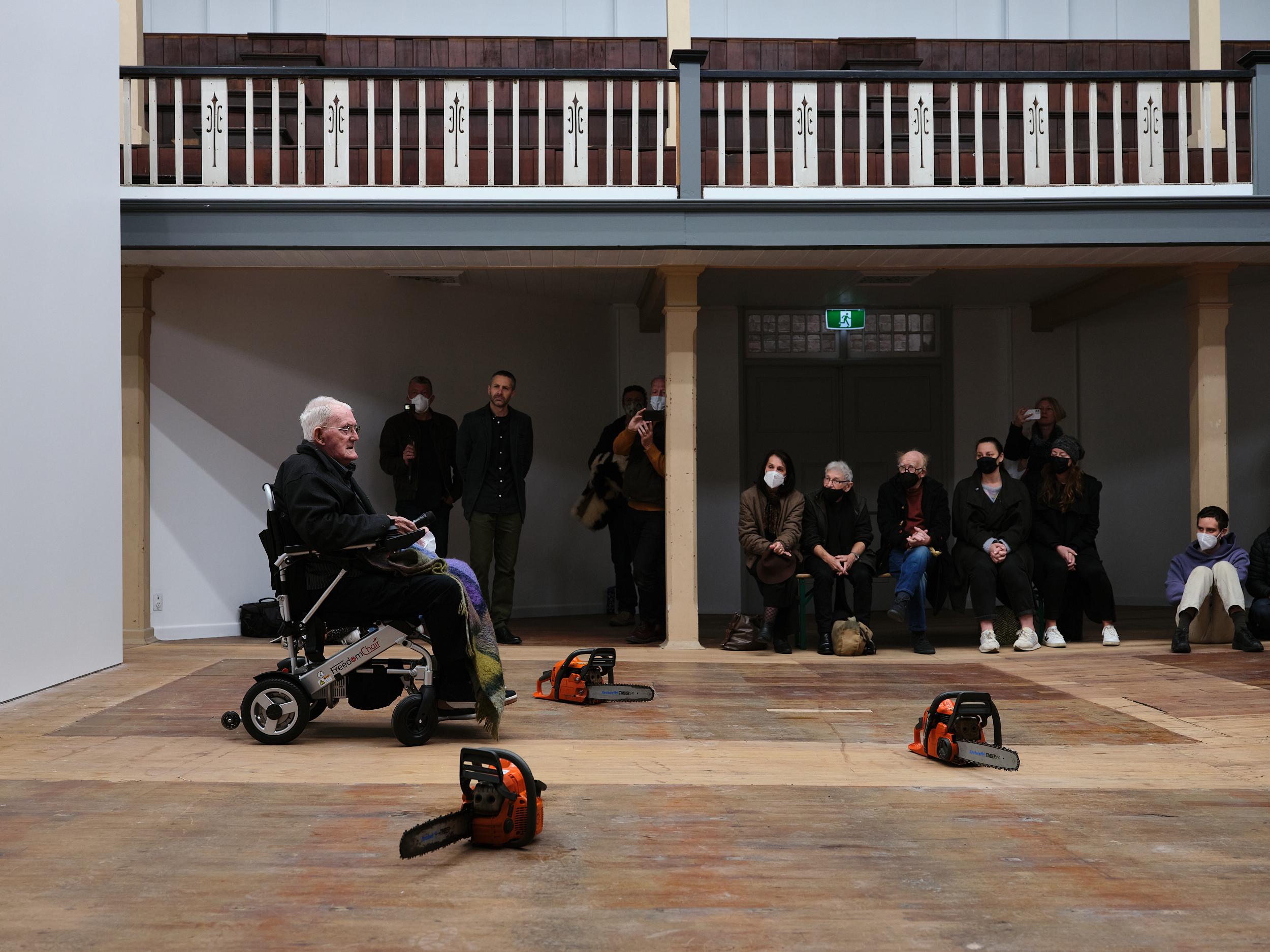 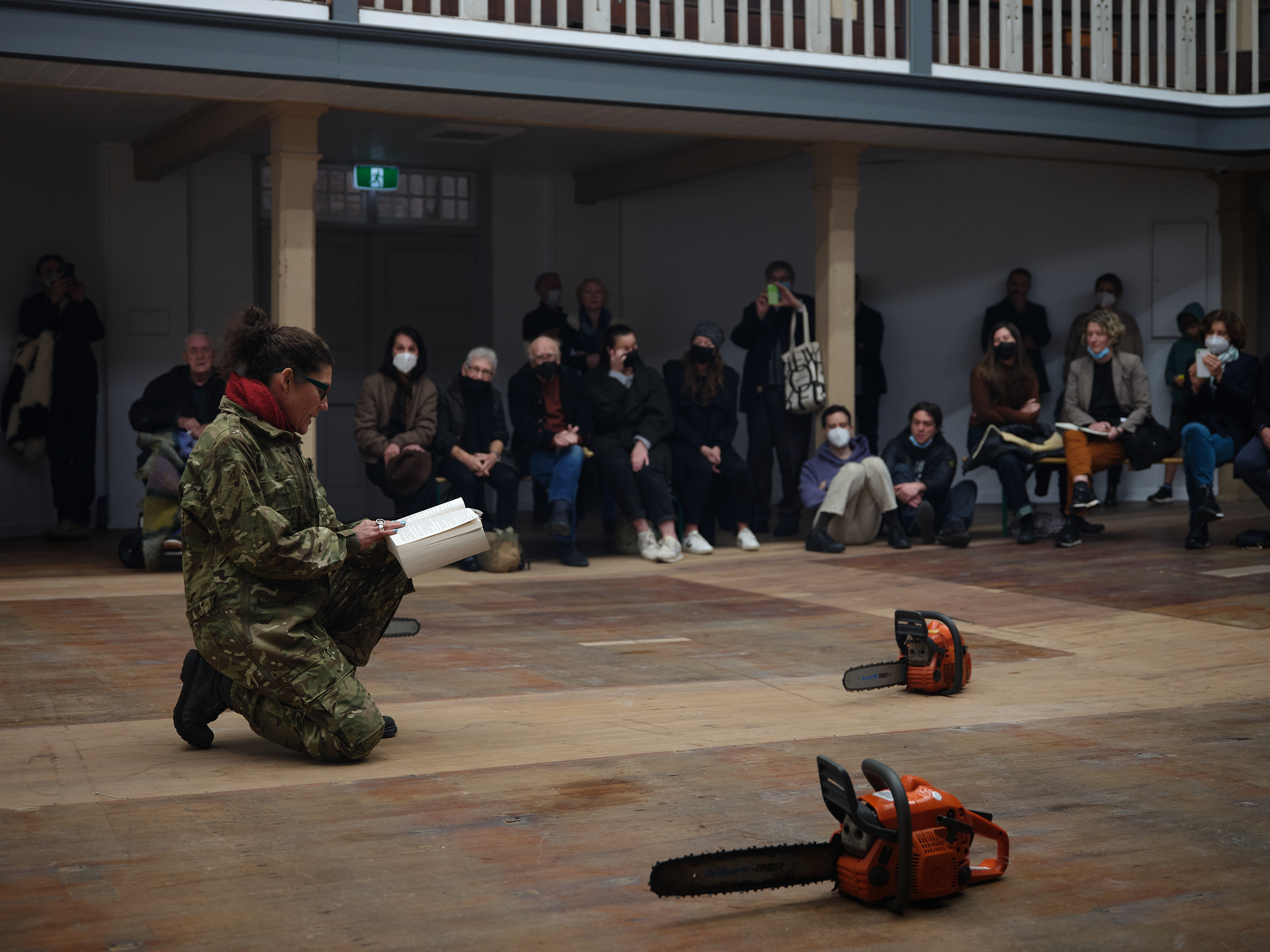 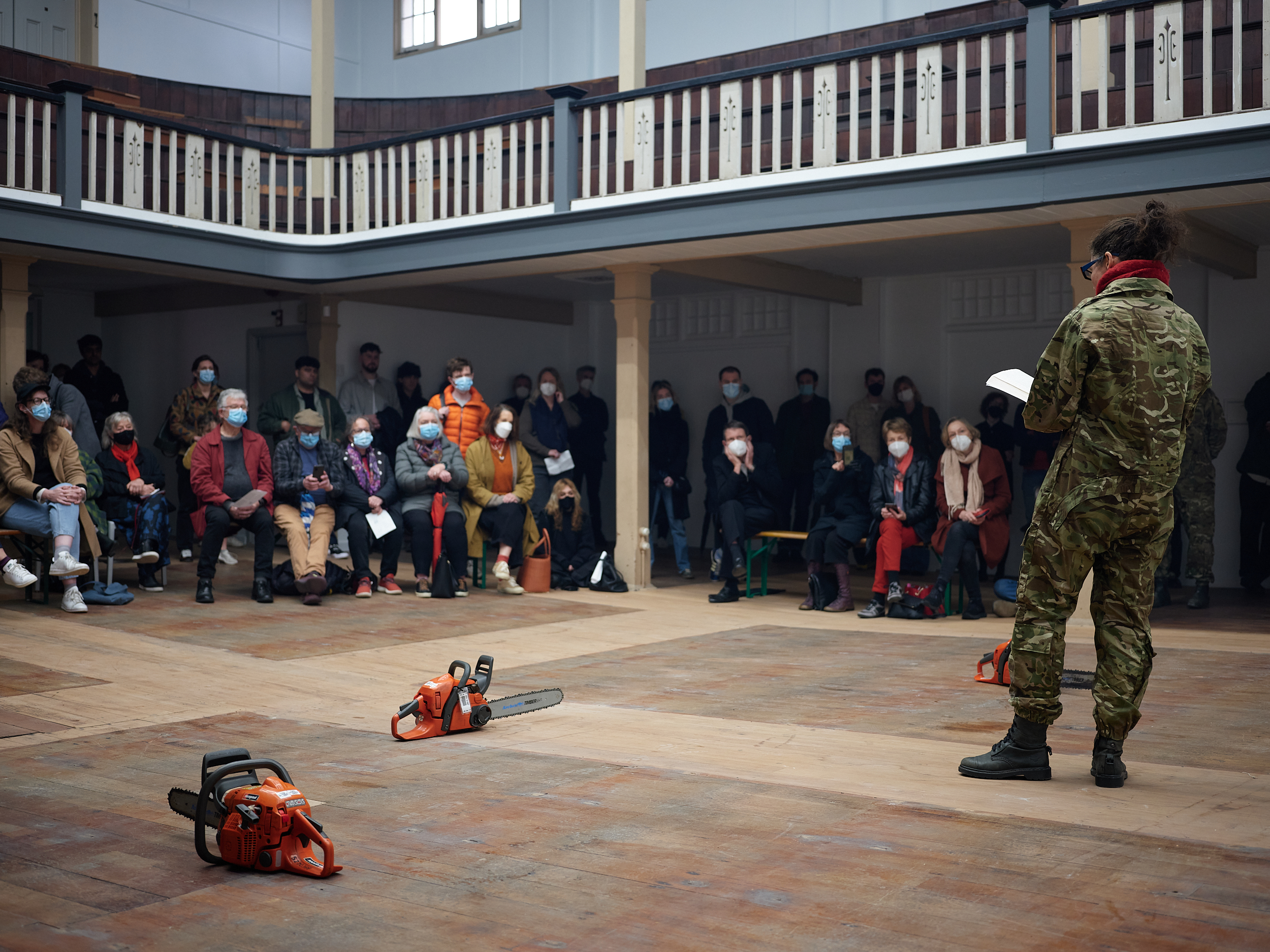 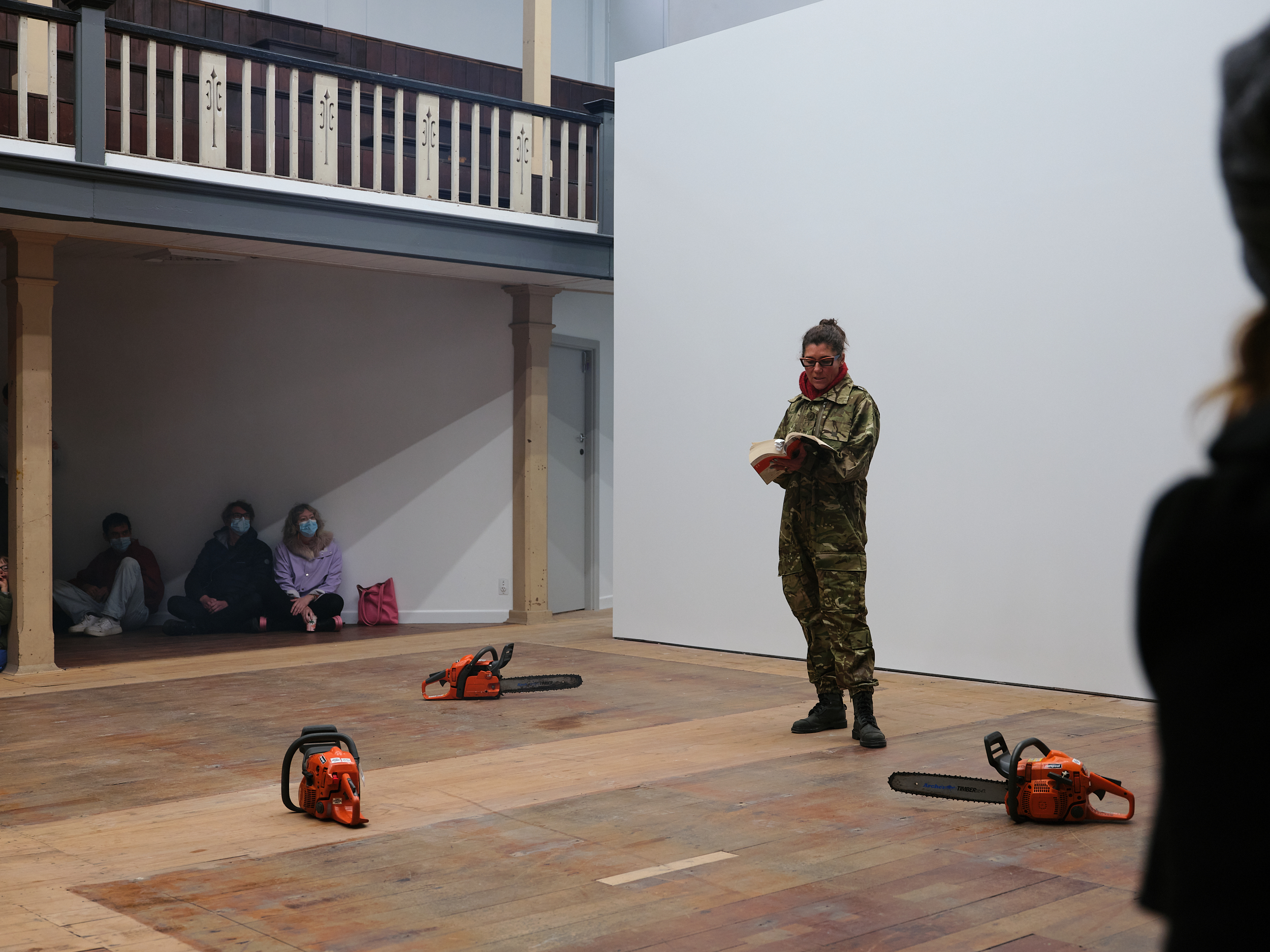 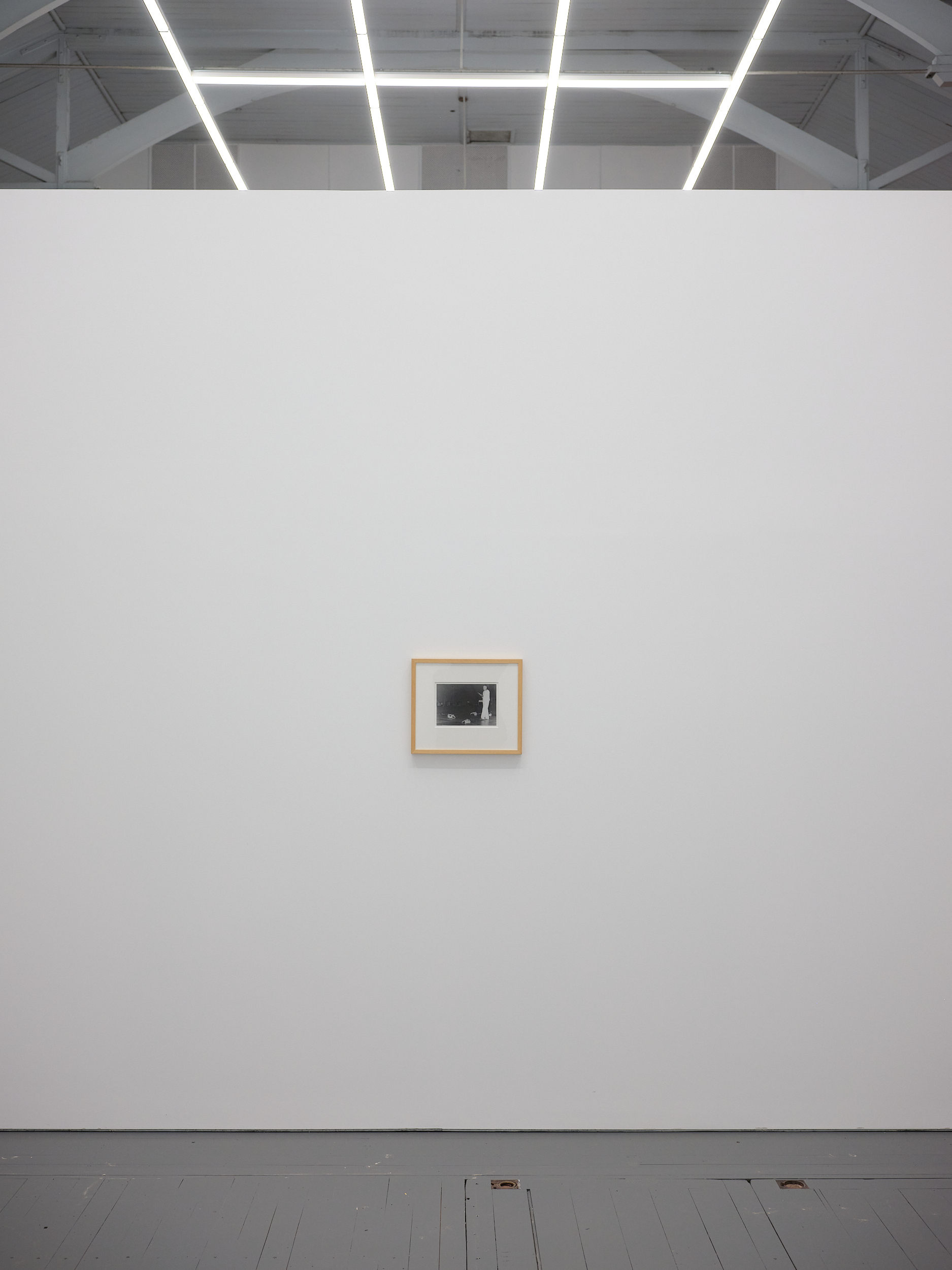 In honour of Jim Allen’s 100th birthday, the artist’s daughter, Ruth Allen will perform his work Poetry for Chainsaws.

Initially performed in 1974 as part of the event Pavilion K held at the Auckland Showgrounds, Allen also presented the work at Adelaide’s Experimental Art Foundation in 1976.

“The hysterical machine racket is enough in this small space to render Jim’s reading more or less inaudible (‘… among the scholars of war…’). His voice has always been light, and it’s more so these days, but he’s shouting out the lines as the poem demands (‘yacketetayakking, screaming, vomiting…’) as best he can. (‘vast sordid movies…’). Few words are distinguishable (‘… mustard gas of sinister intelligent editors…’) but increasingly what I do distinguish is the not quite subliminal sound of urgent human articulation. (‘shuddered mouth-wracked and battered…’). I hear it, and feel it in the muscles of my face and throat.”*

This performance is the first event to be held at Michael Lett’s new space at 3 East Street.