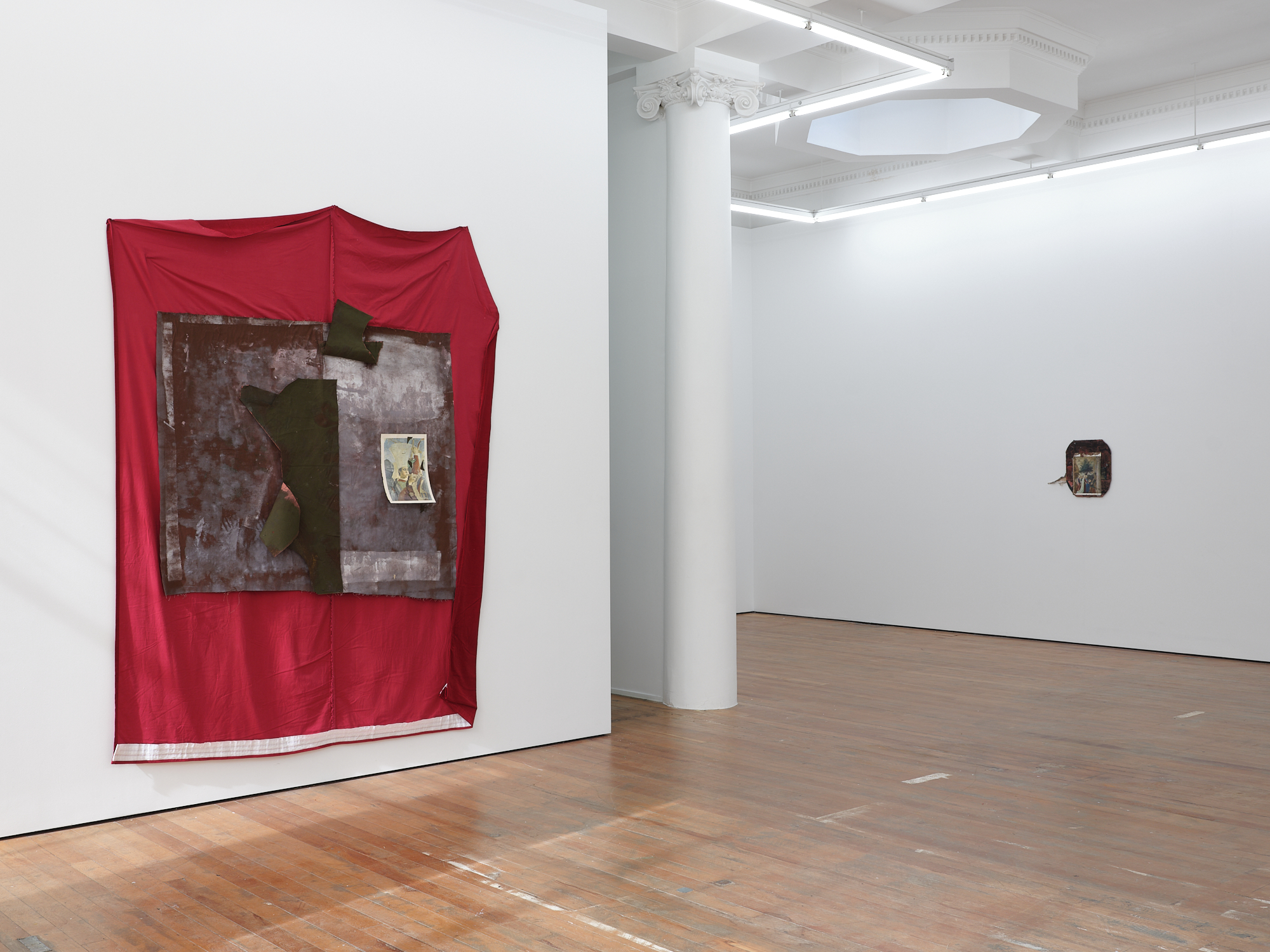 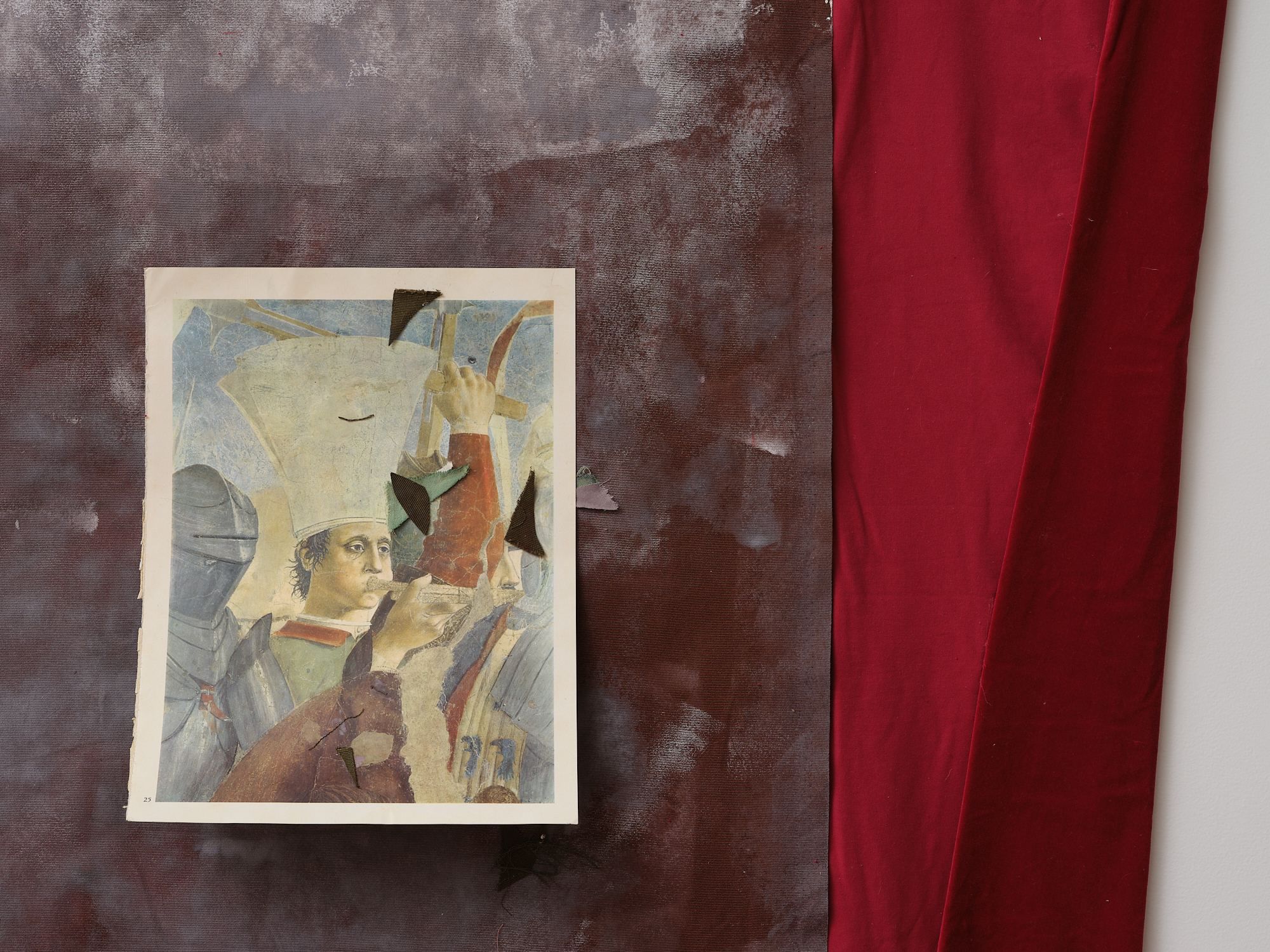 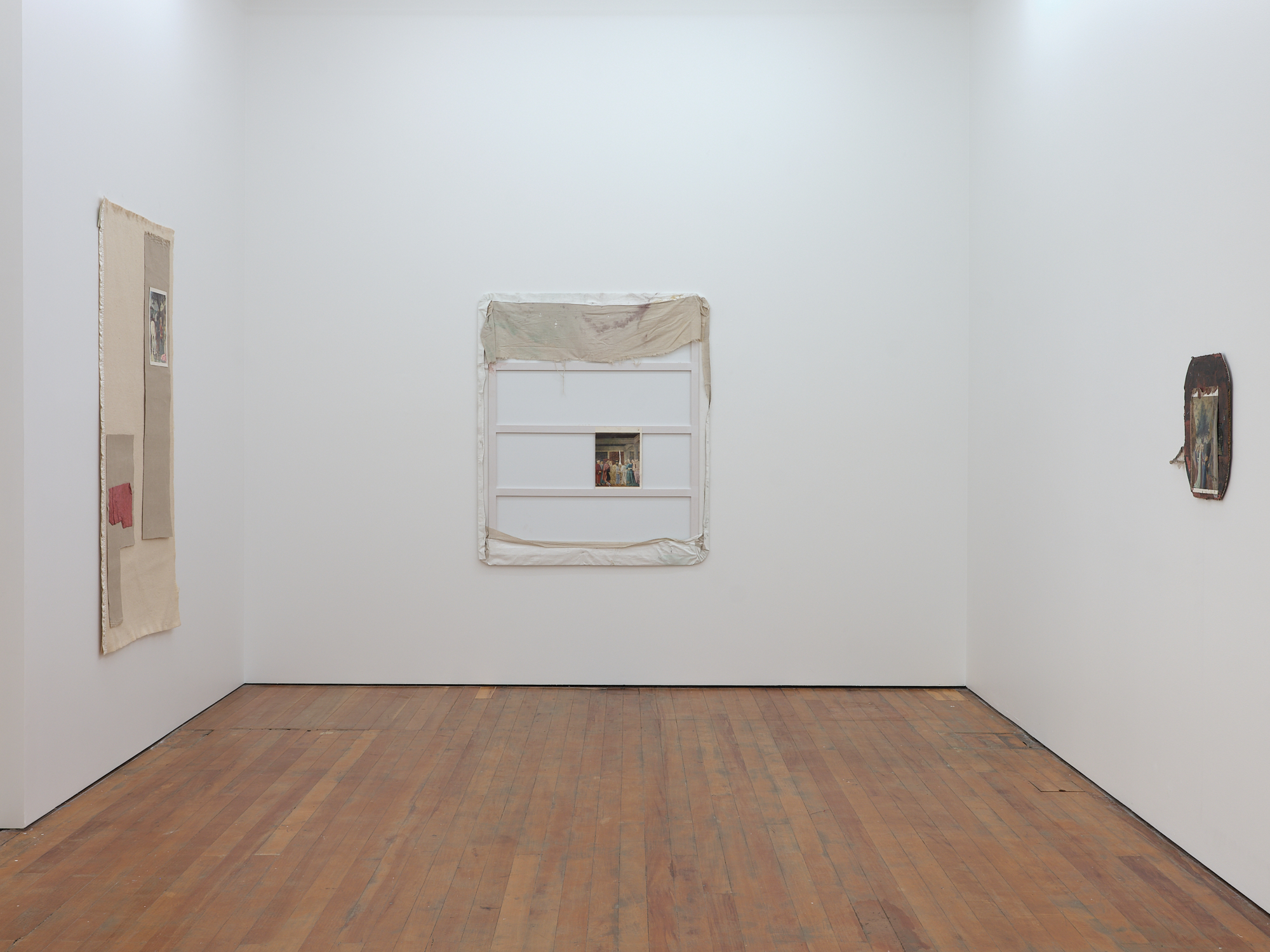 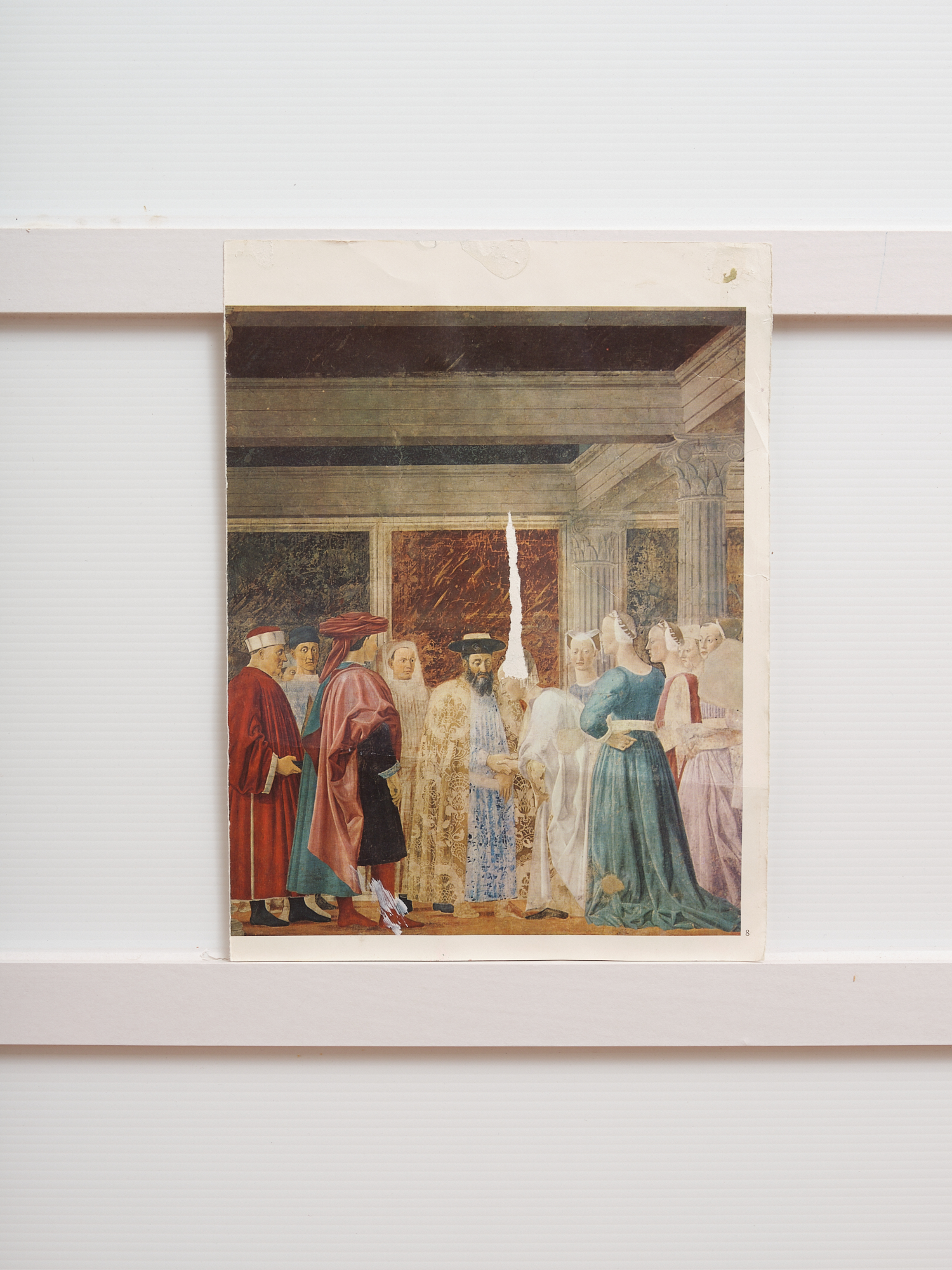 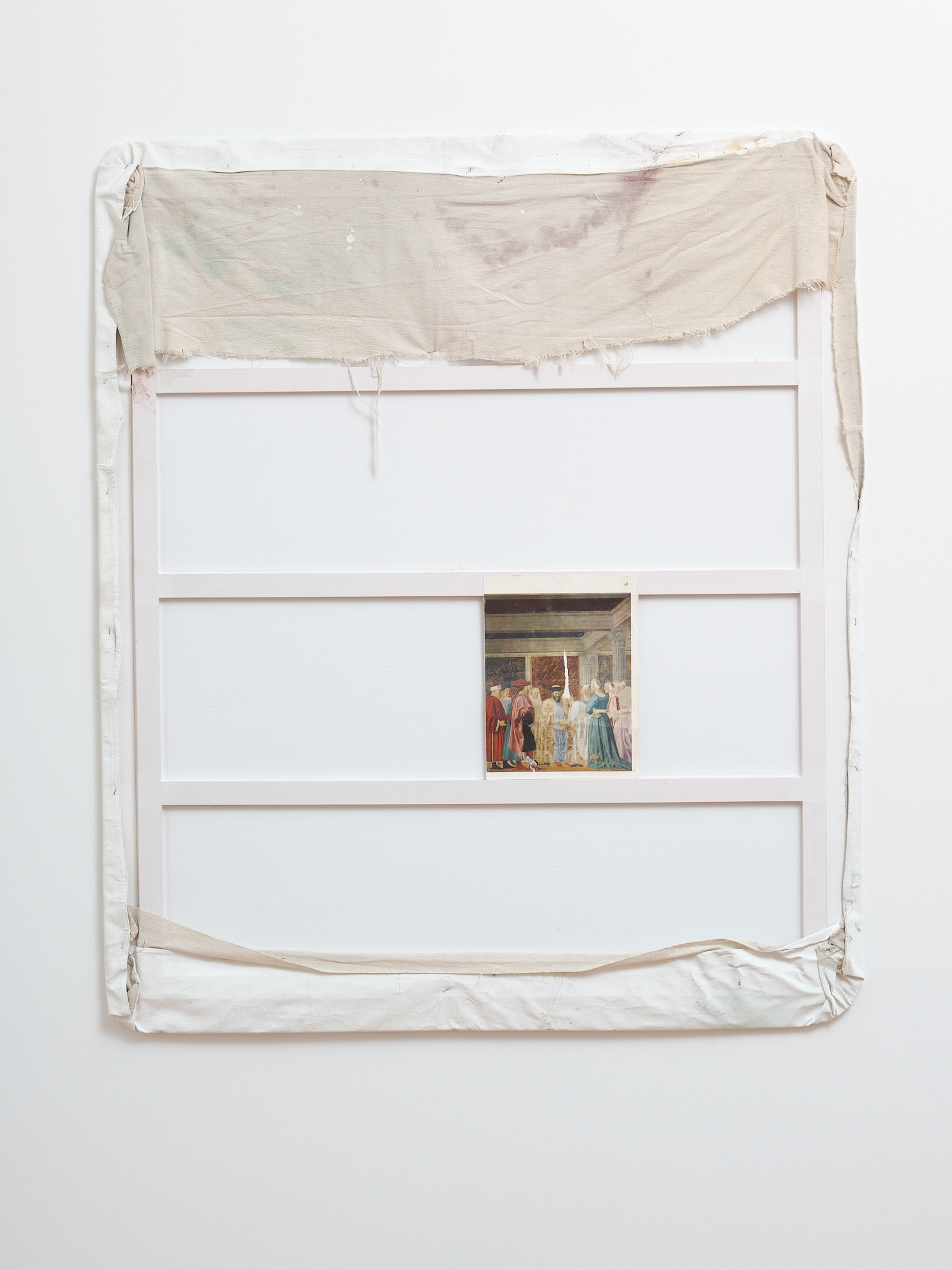 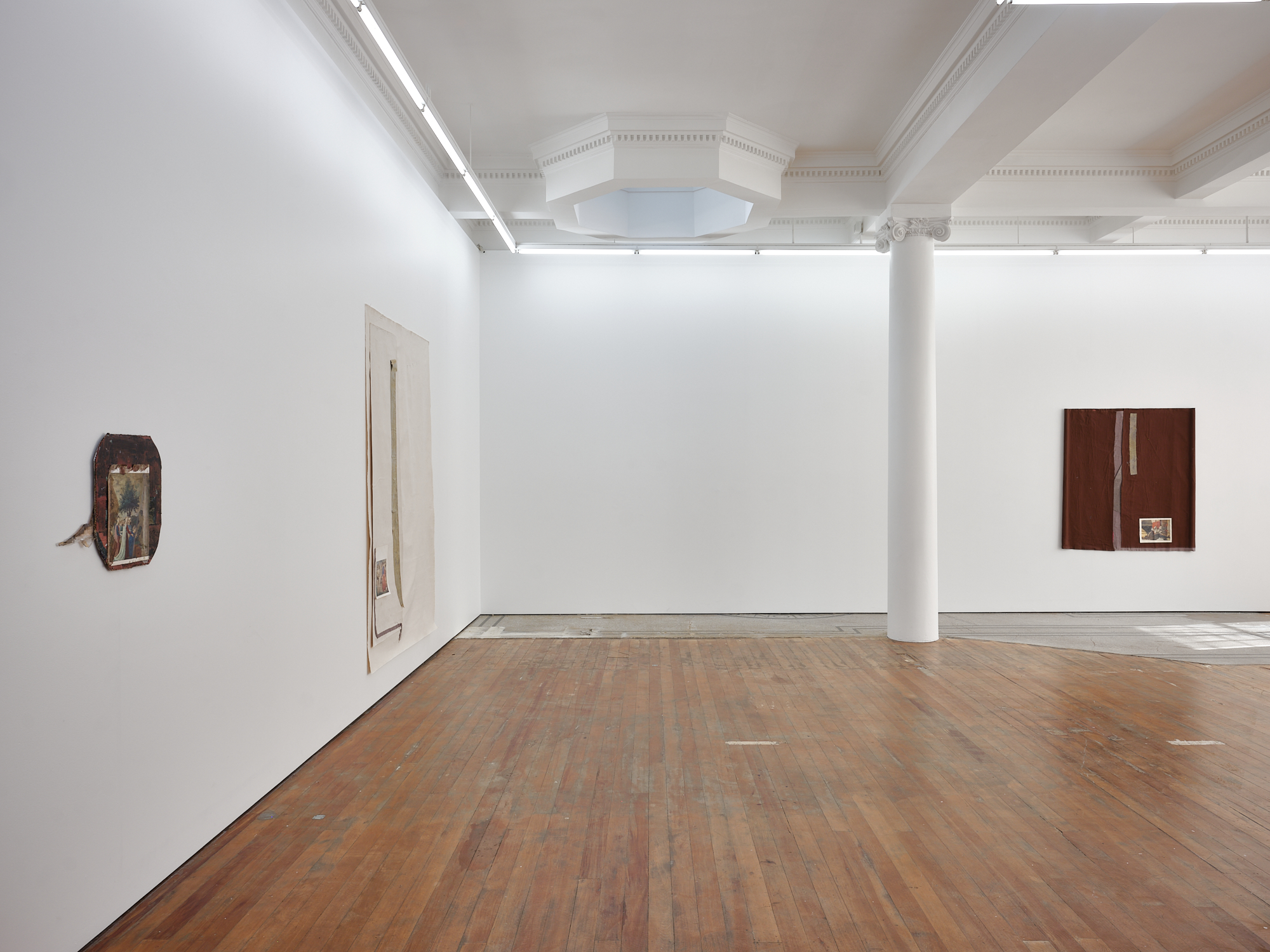 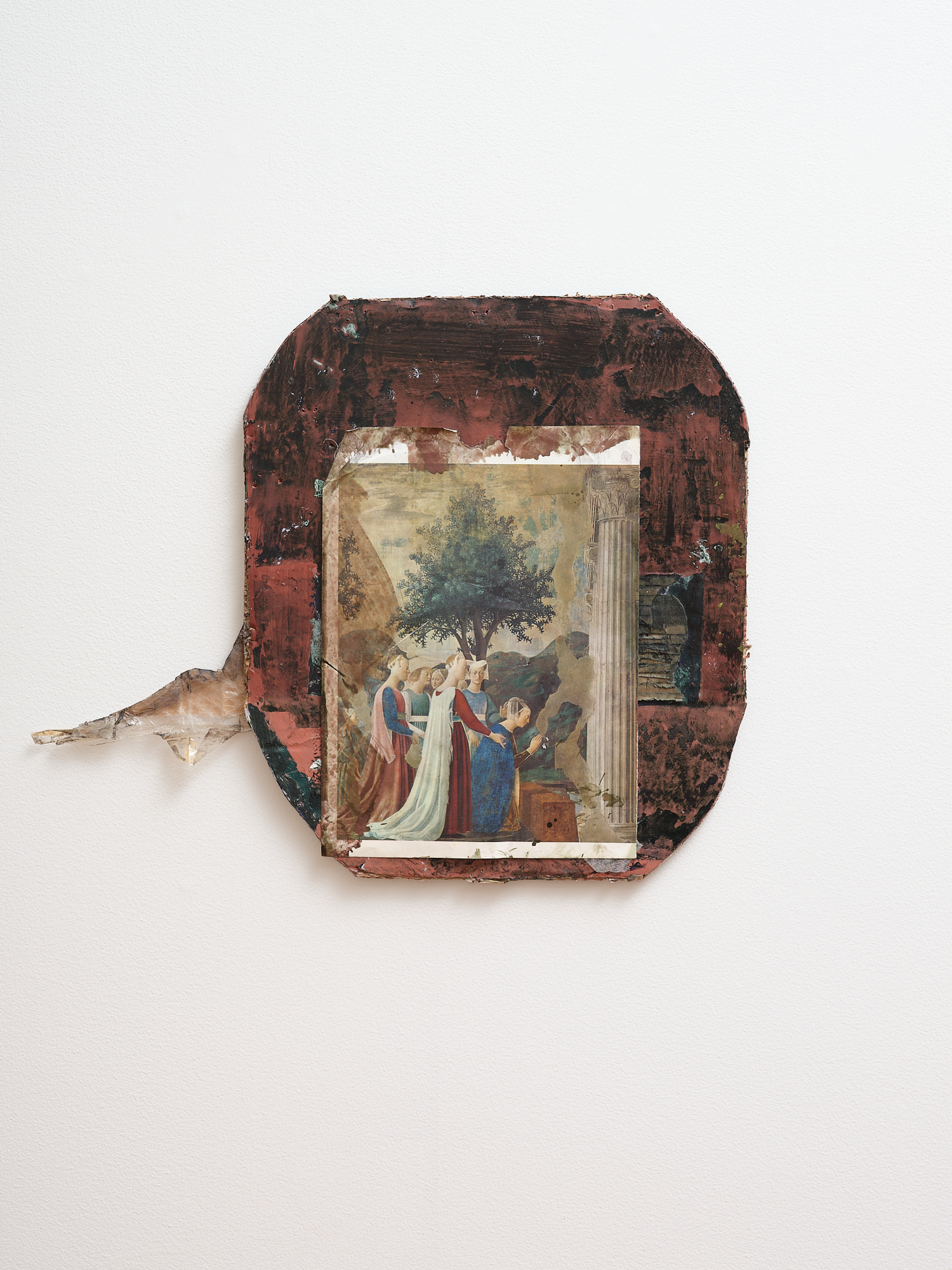 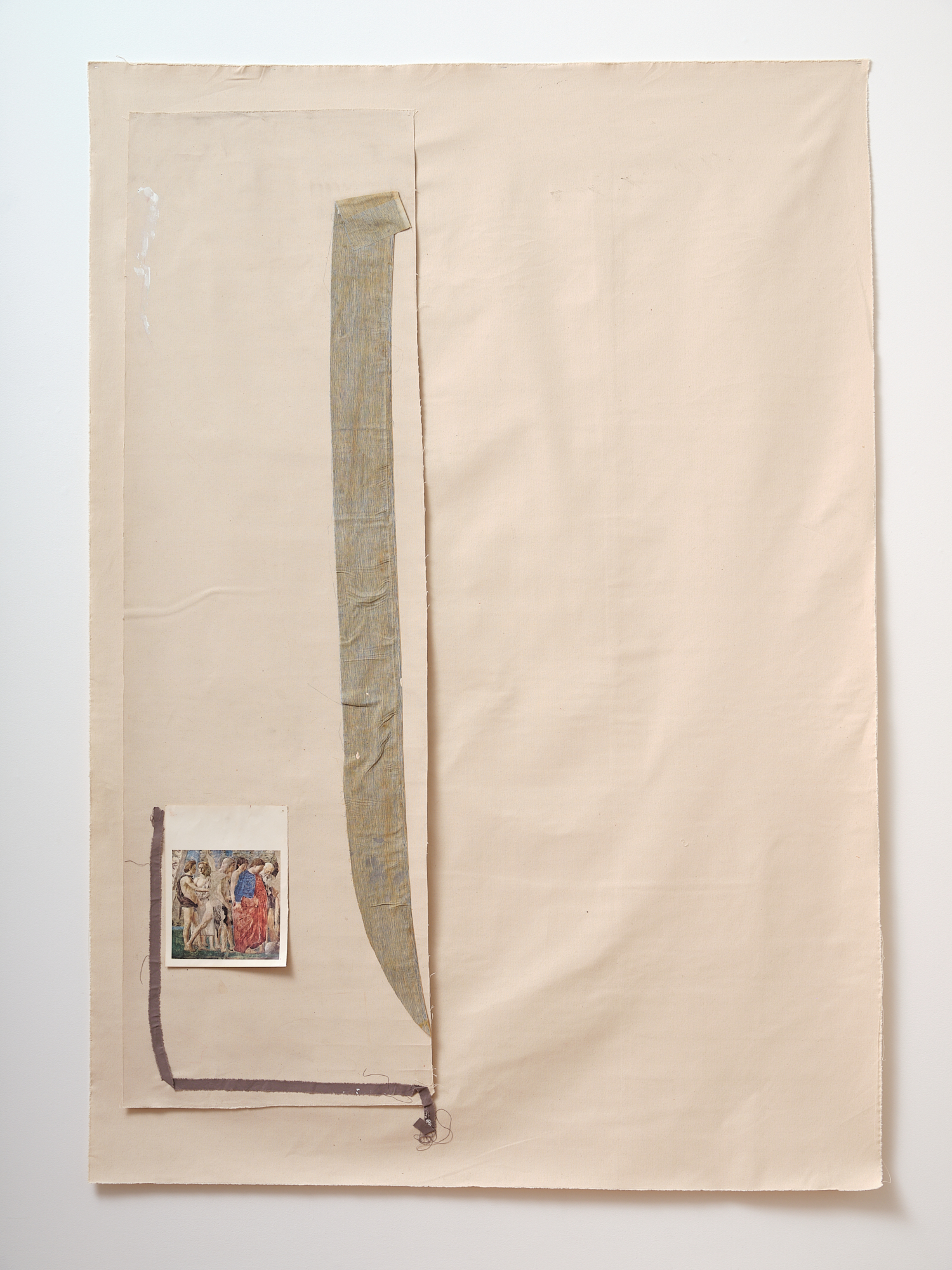 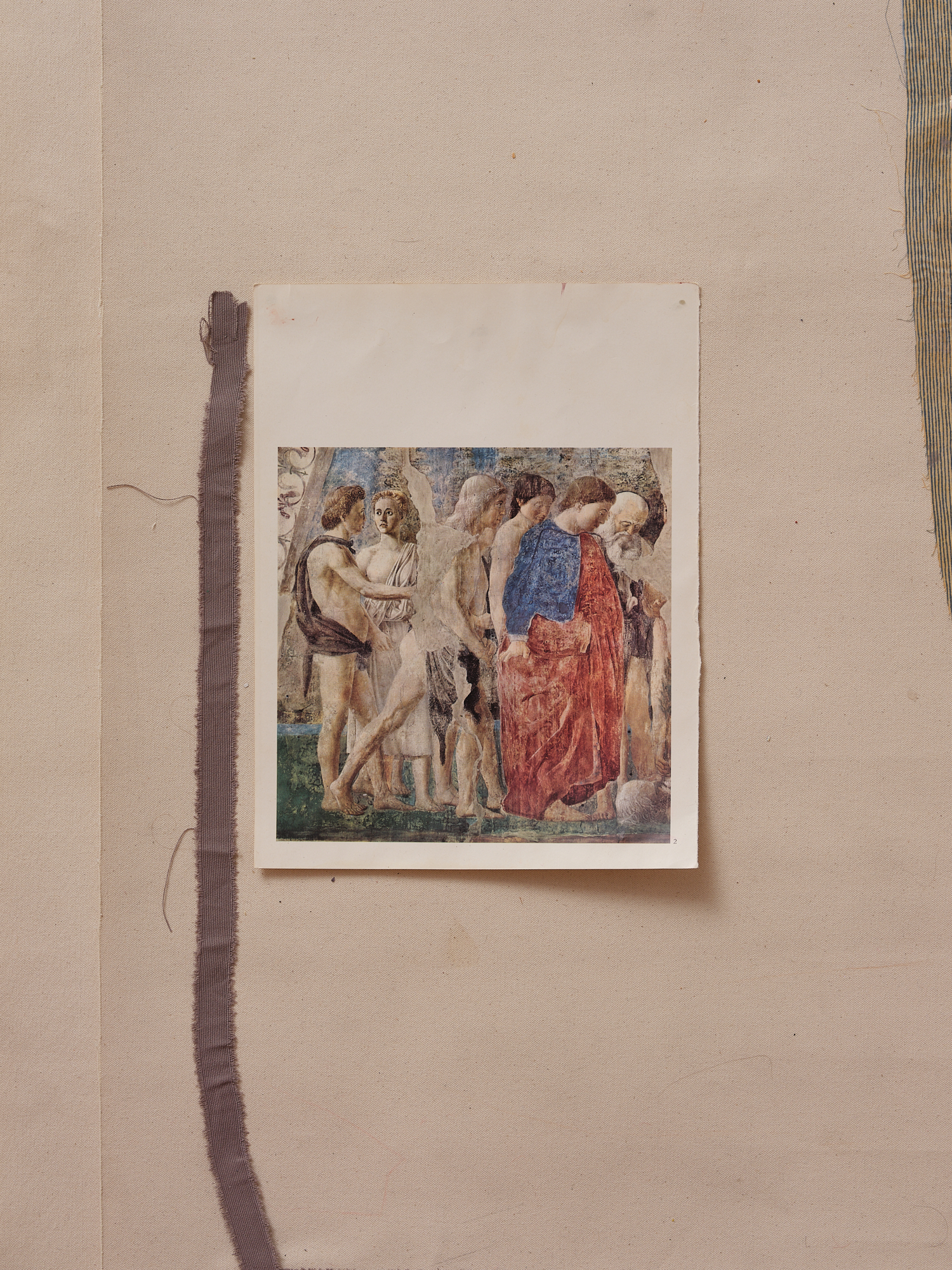 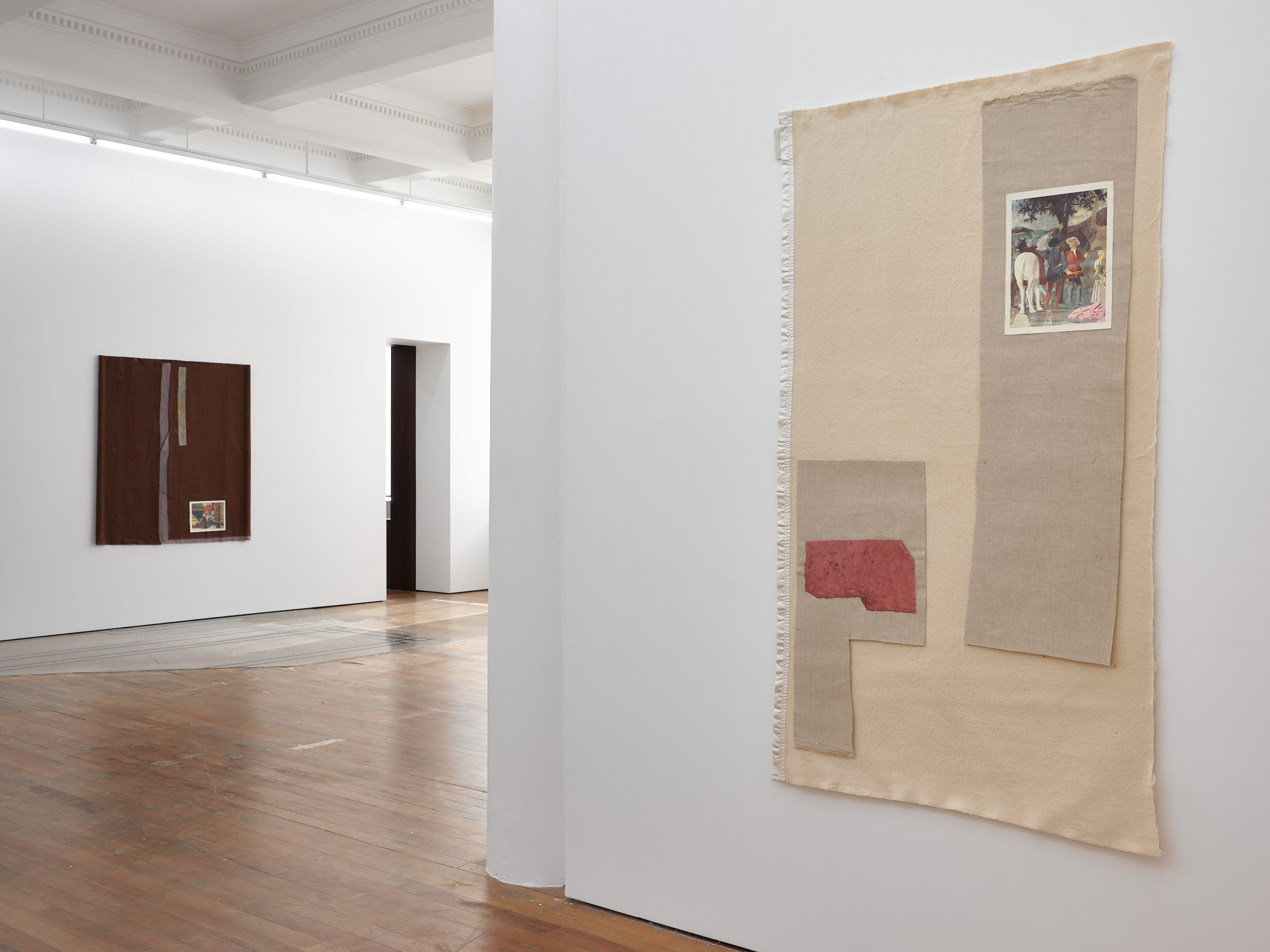 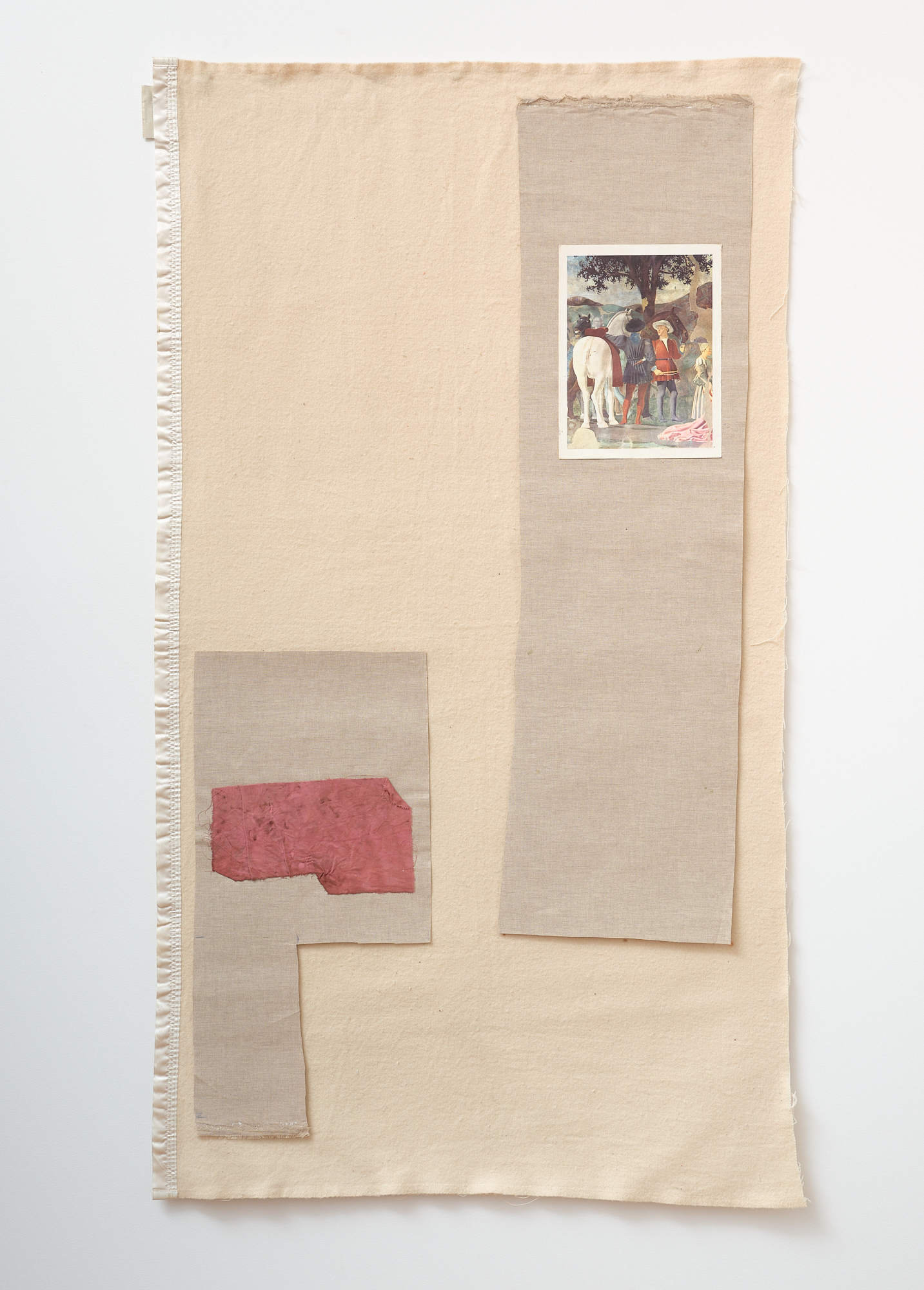 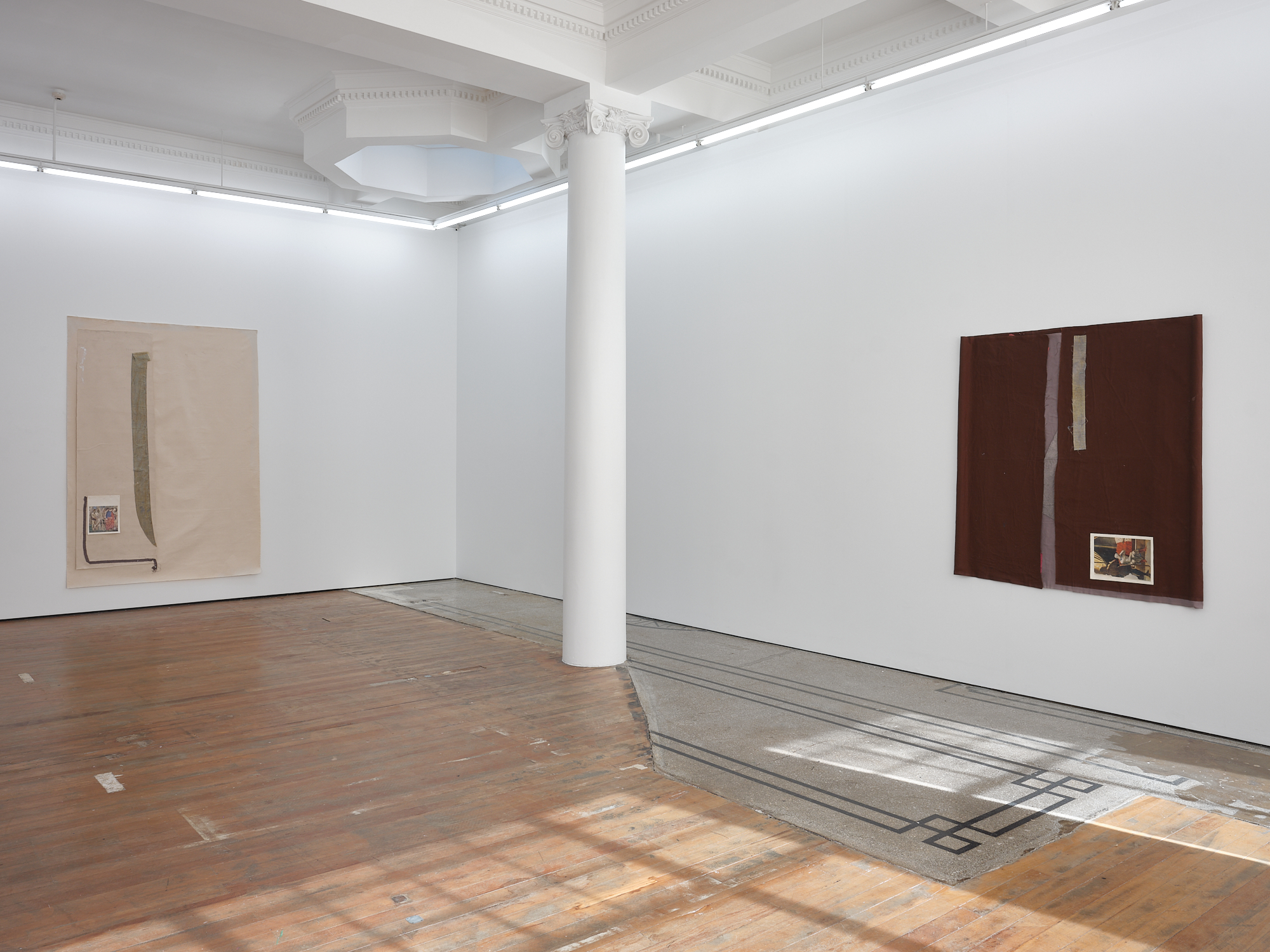 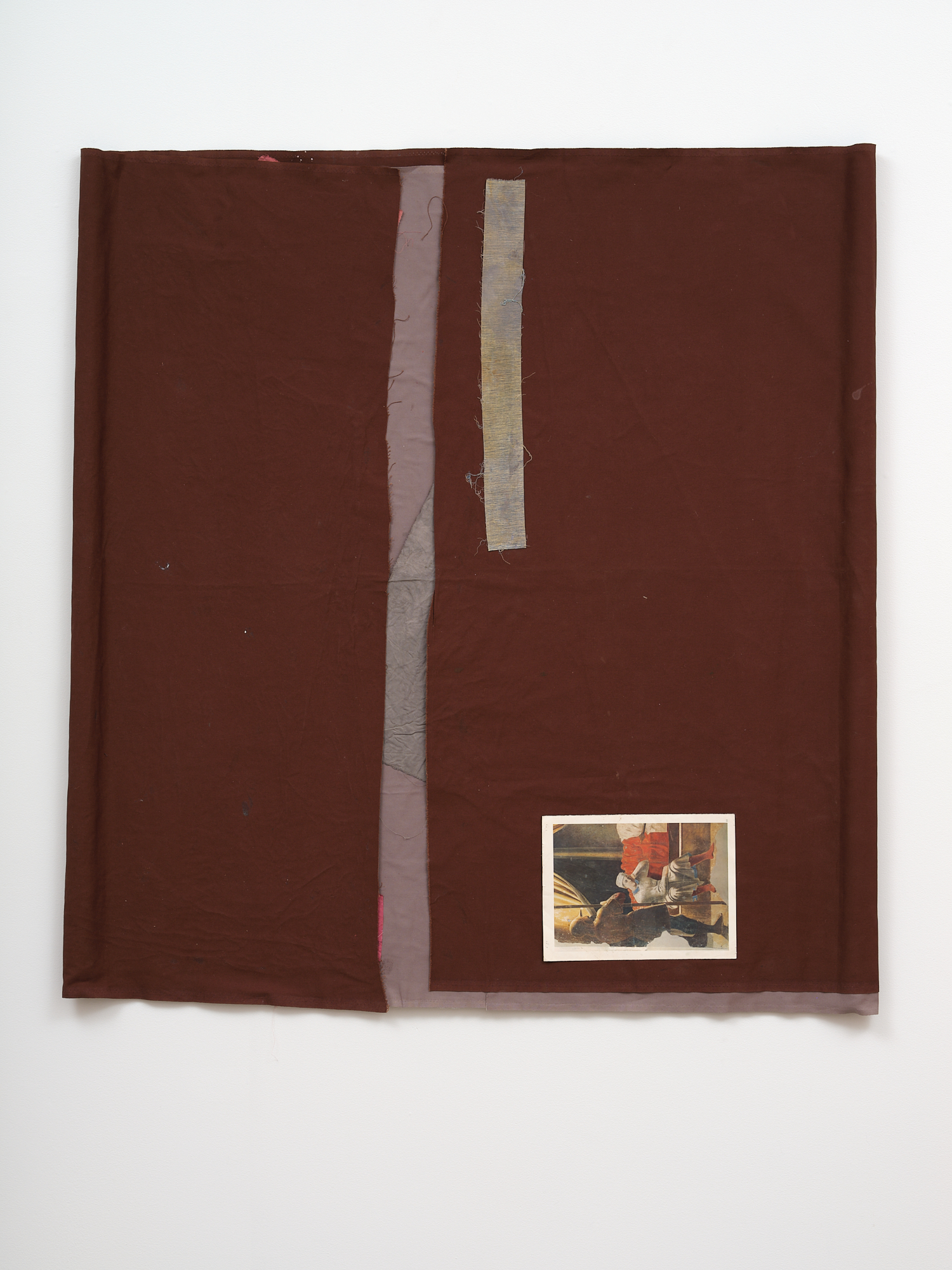 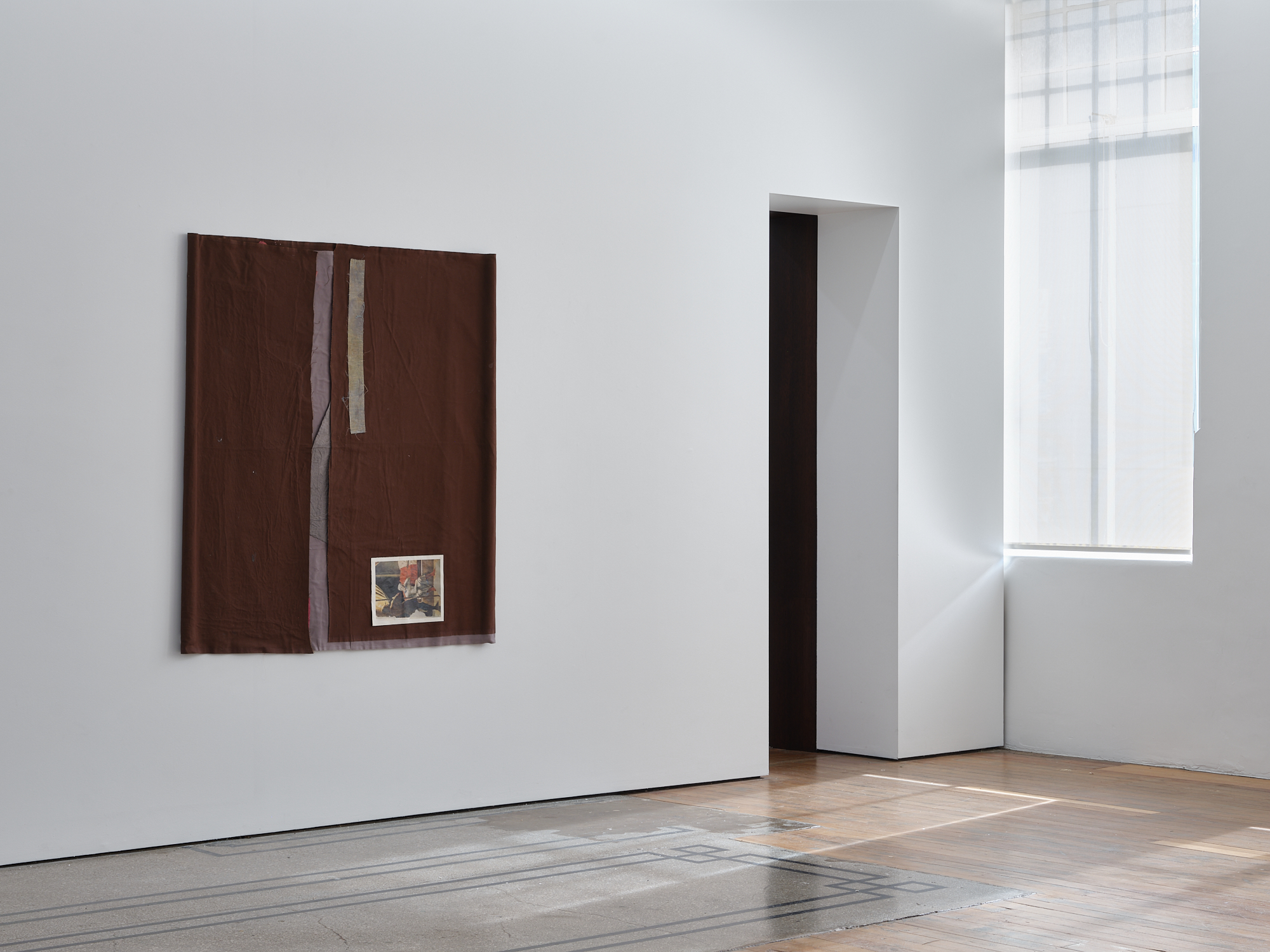 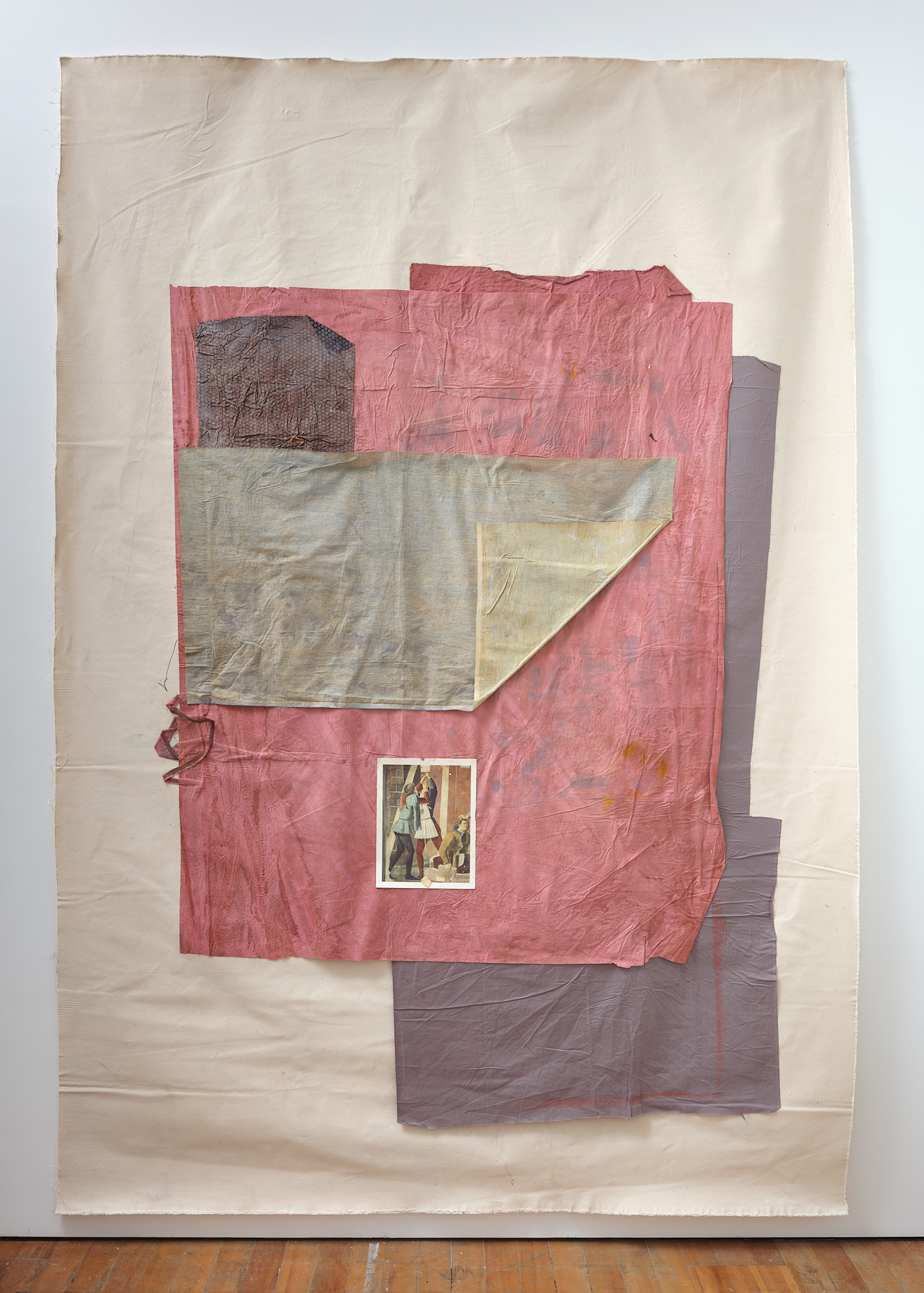 A cycle of frescoes, The Legend of the True Cross (1452–60, the Church of San Francesco, Arezzo) as captured in individual printed pages furnish Hartigan with provocations for making. A wide range of materials that are draped, torn,  stretched, hung and incised provide supports for layer upon layer of painted and adhered components.

Each painting acts as a frame or setting for an individual page, extrapolating and extending cropped fragments of frescoes, scraps of stories and moments taken from inciting incidents. Just as Piero della Francesca forewent chronological order, in favour of the creation of symmetrical correspondences in the various scenes, Hartigan places and arranges according to a logic of his own, so that his deftly constructed collages allow a partial narrative to unfold anew.

Patrick Hartigan (b. 1977) is a Sydney-based painter and writer whose studio practice foregrounds painterly processes and experimentation. His work often occurs in conversation with art historical examples. He has produced two books, Offcuts and The Village is Quiet, which combine drawn and photographic imagery with everyday experiences as an artist and traveller, both published by Gazebo Books.

He has exhibited in Australia and New Zealand since 2004. Recent exhibitions include Archetypes at The Commercial, Sydney, and Zombie Eaters at the Murray Art Museum, Albury, NSW. His work is held in a number of collections, including the The Chartwell Collection, Auckland Art Gallery Toi o Tāmaki, Auckland; The Art Gallery of Western Australia, Perth; Monash University Museum of Art, Melbourne; the Museum of Contemporary Art Australia, Sydney; the National Gallery of Australia, Canberra; Murray Art Museum, Albury, NSW; and Wollongong University Art Collection.