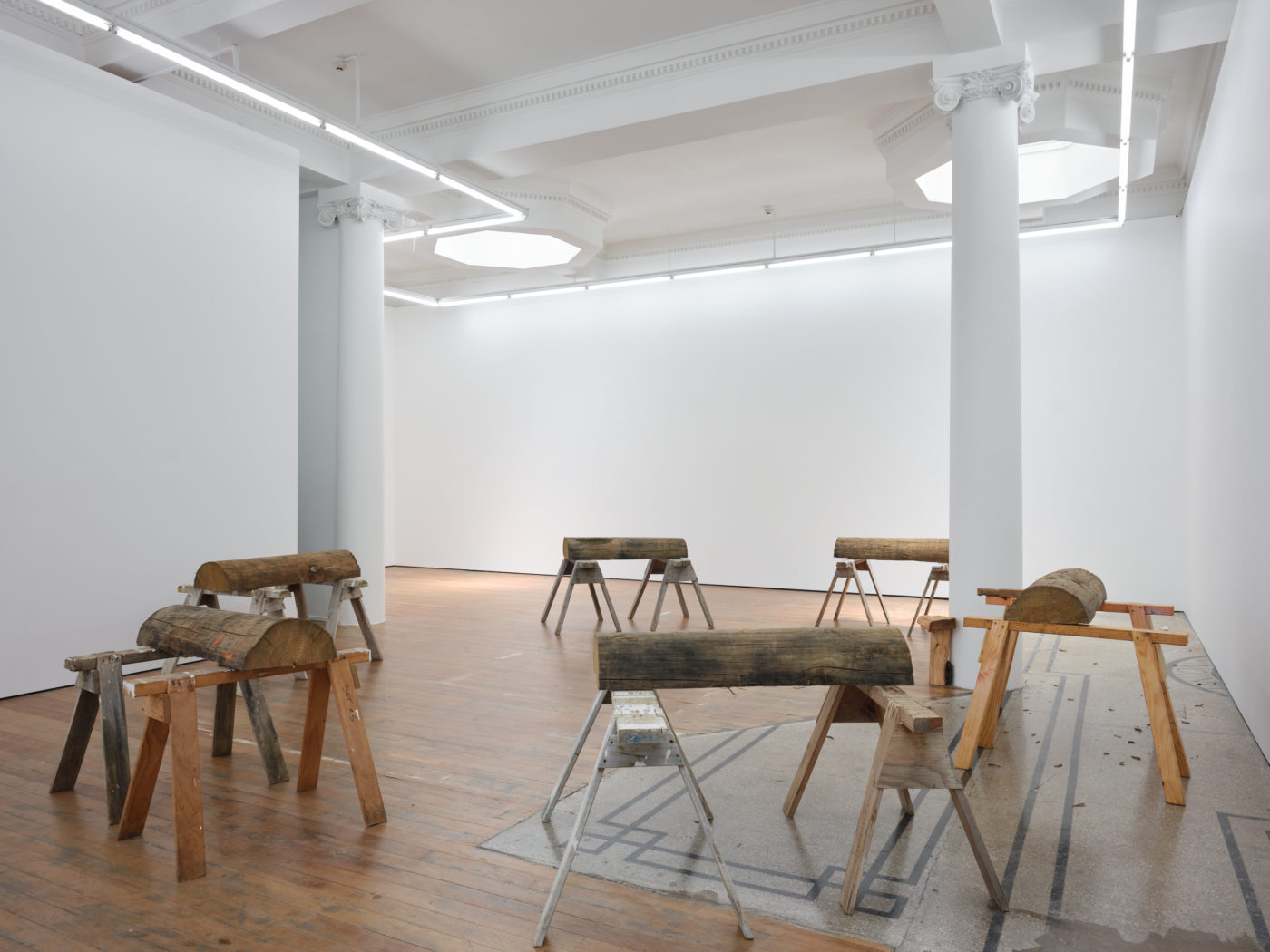 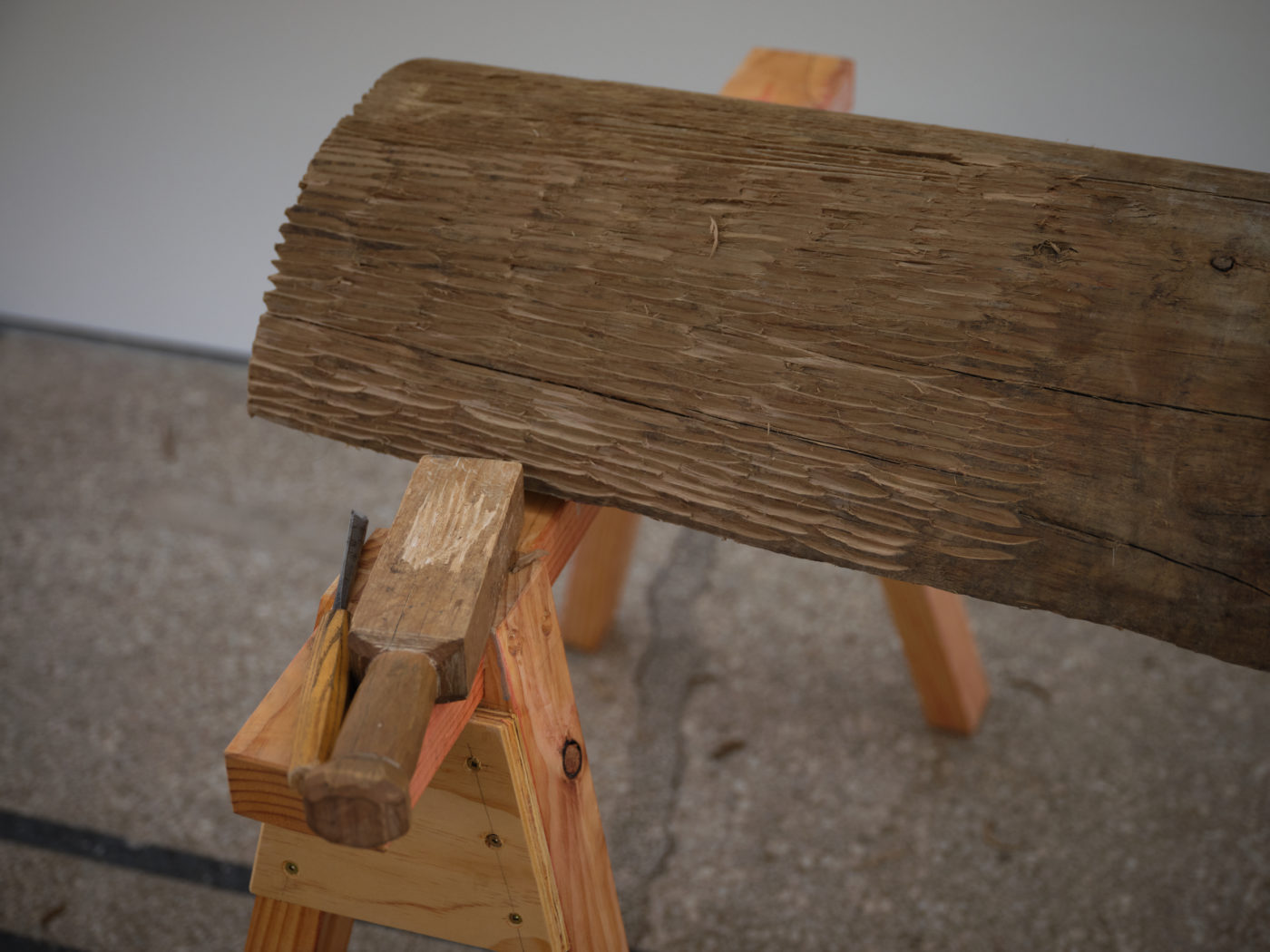 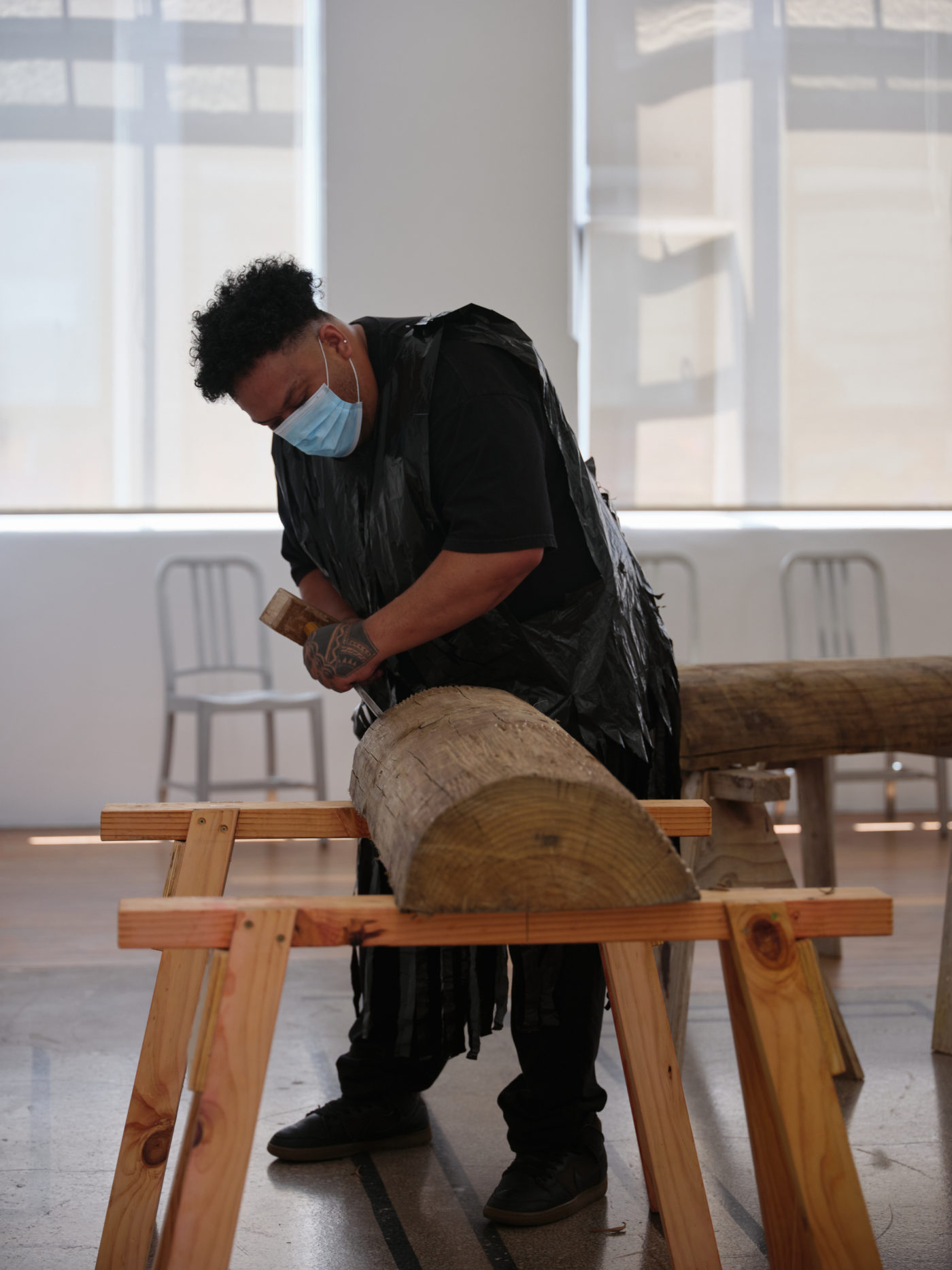 Michael Lett re-opens for 2022 with a solo presentation by Kalisolaite ‘Uhila.

Ouau kohikohi / Ceremonial Markings will unfold over the course of the exhibition as the artist creates new carvings in the gallery space, through a process of performative mark-making.

In this ceremonial performance the artist begins encircled by six painted pieces of timber, each of which represents an ancestor, family member, mentor or supporter.

Moving from one to another, ‘Uhila makes intricate and repetitive incisions into the wooden surface. This subtractive, sculptural performance actually harks back to the artist’s previous engagement with print-making due to its application of forceful pressure, the extraction of material from an existing surface and the interplay of positive and negative spaces.

Ouau kohikohi / Ceremonial Markings also demonstrates ‘Uhila’s interest in using a range of tools and actions in live acts of art-making. Visitors have the opportunity to see artworks in the process of being made. By making works within the gallery, rather than introducing ones that have already been executed, ‘Uhila conflates the spaces of gallery and studio and embarks on a journey in which the outcomes are partially unknown.