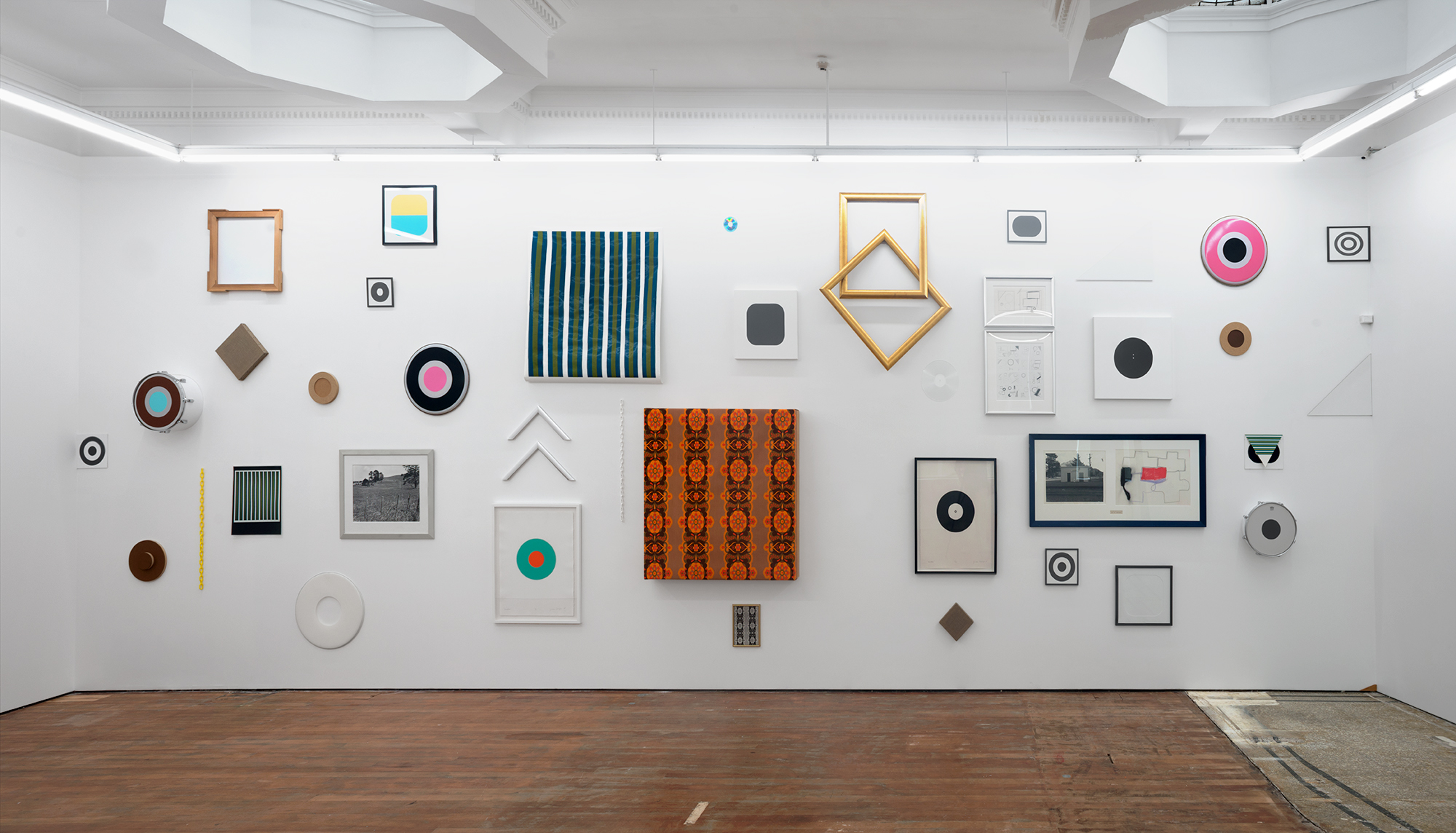 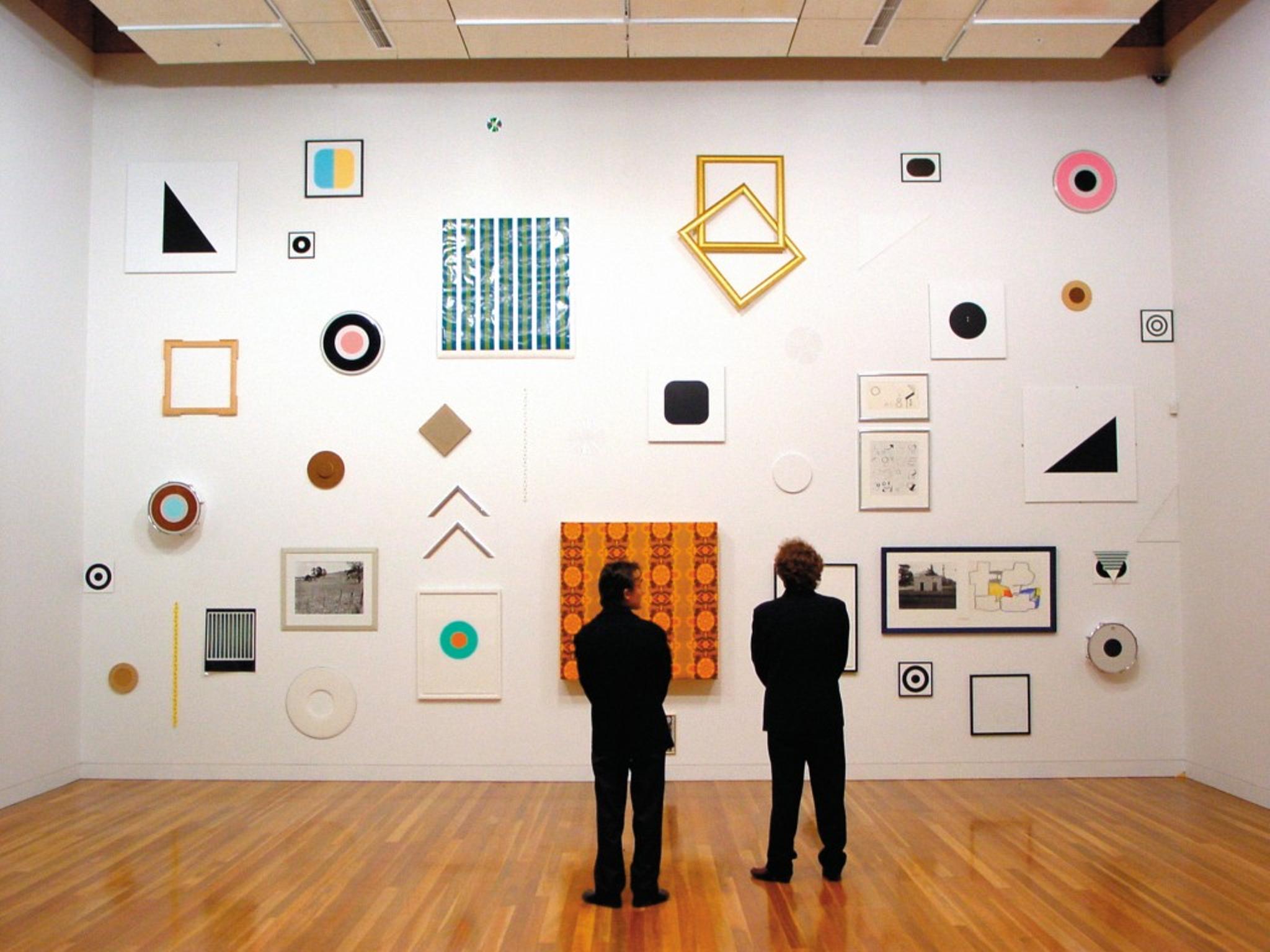 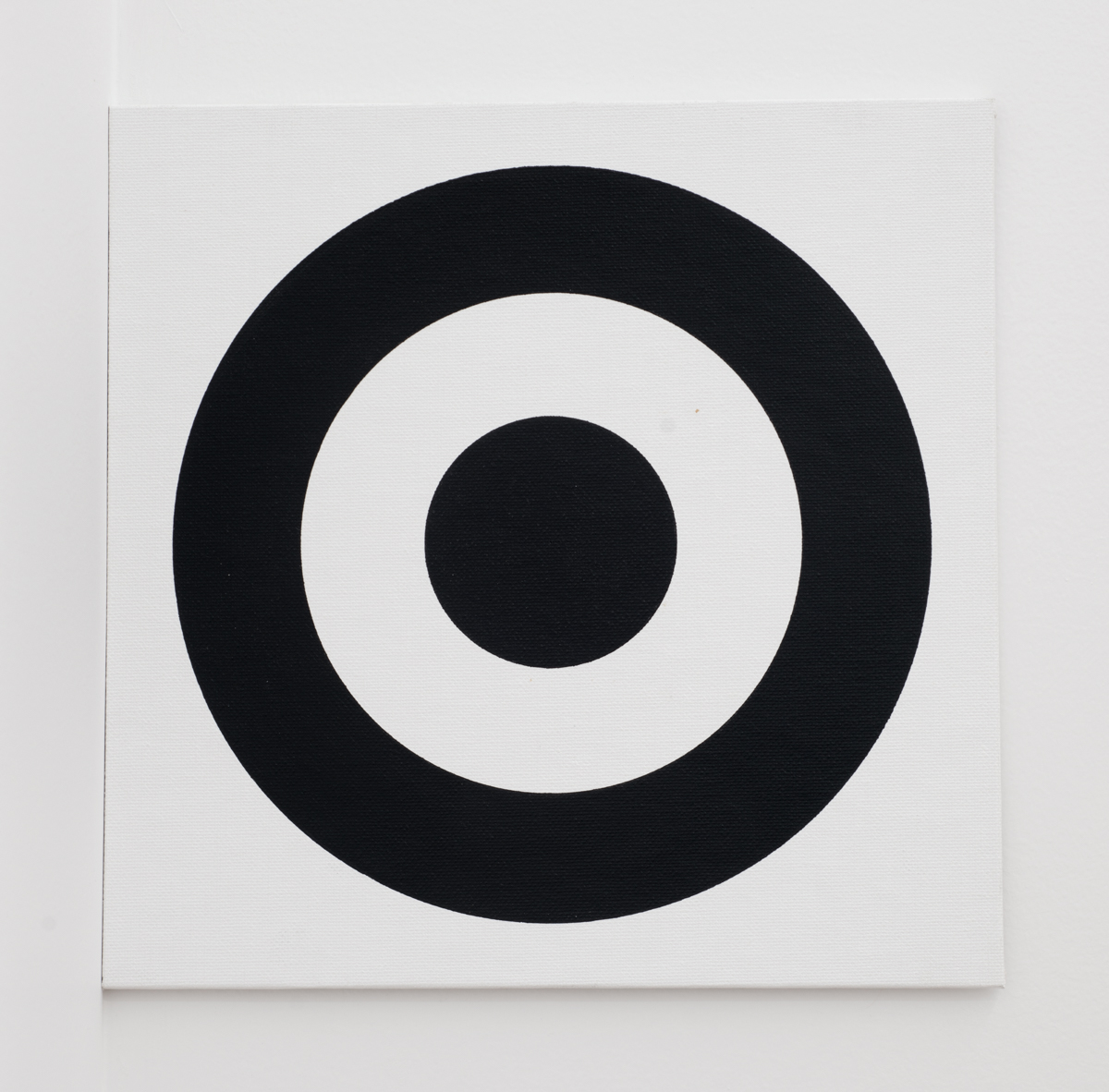 Julian Dashper, Untitled, 1996, acrylic on canvas board, edition of 4 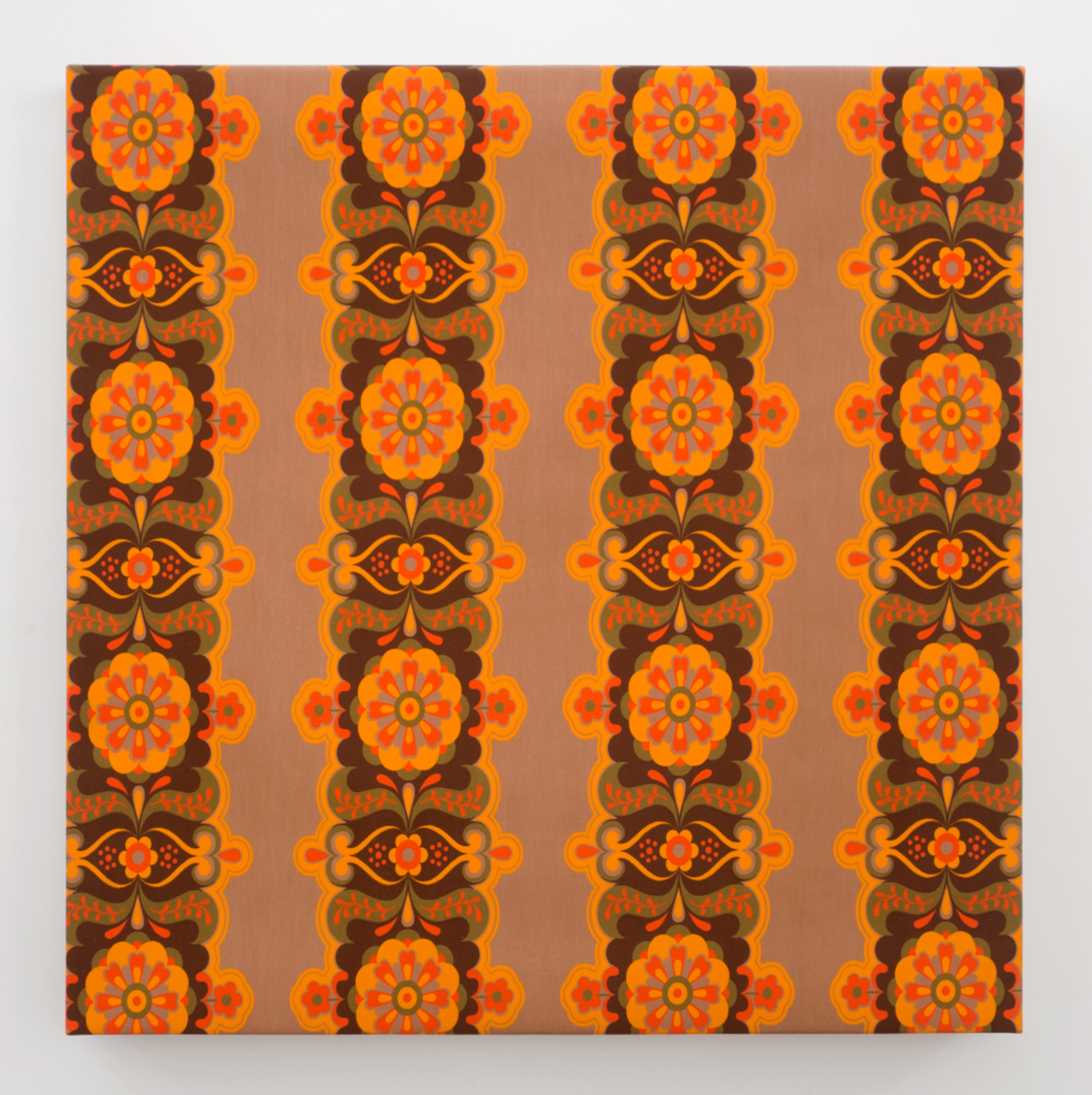 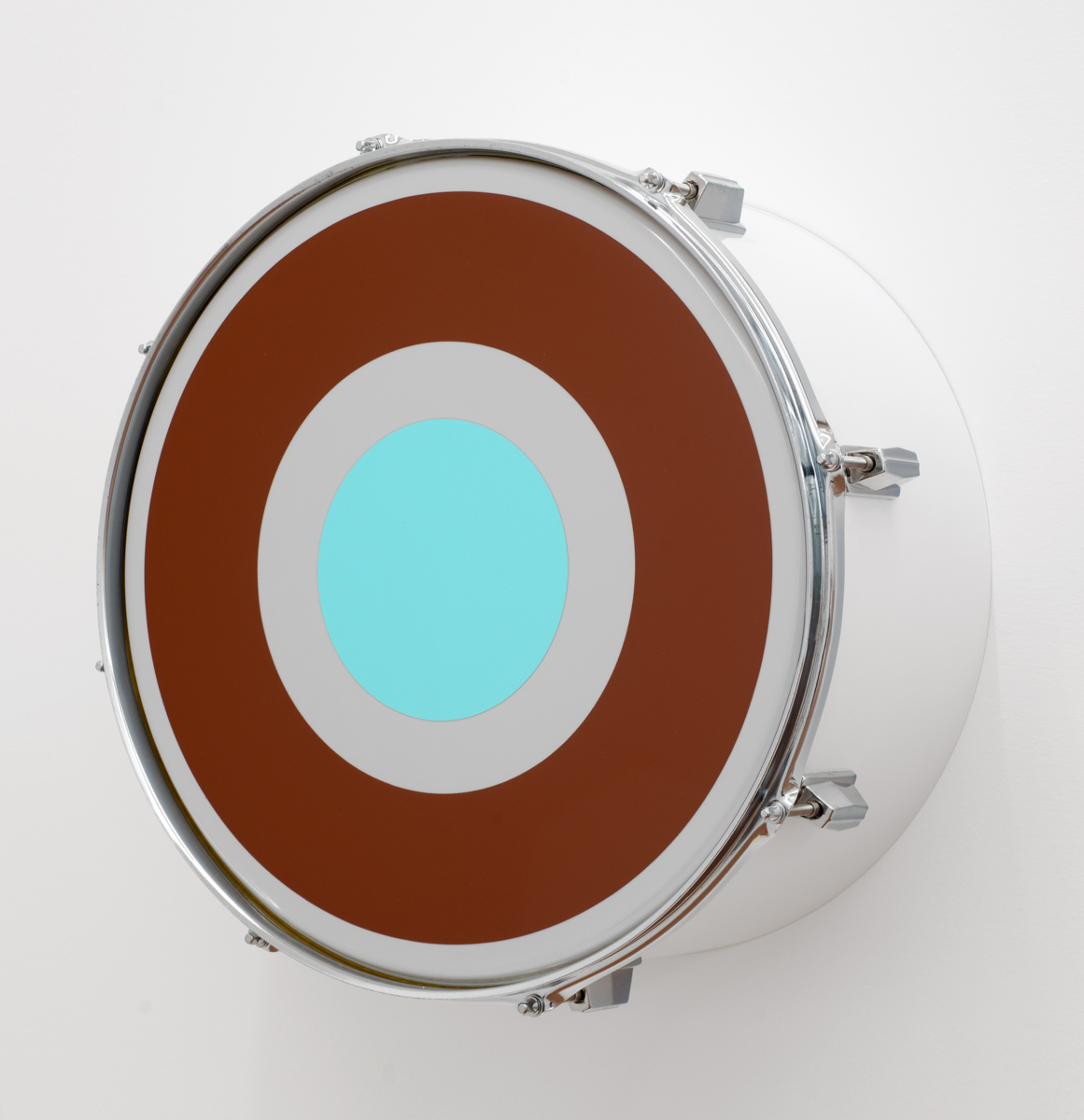 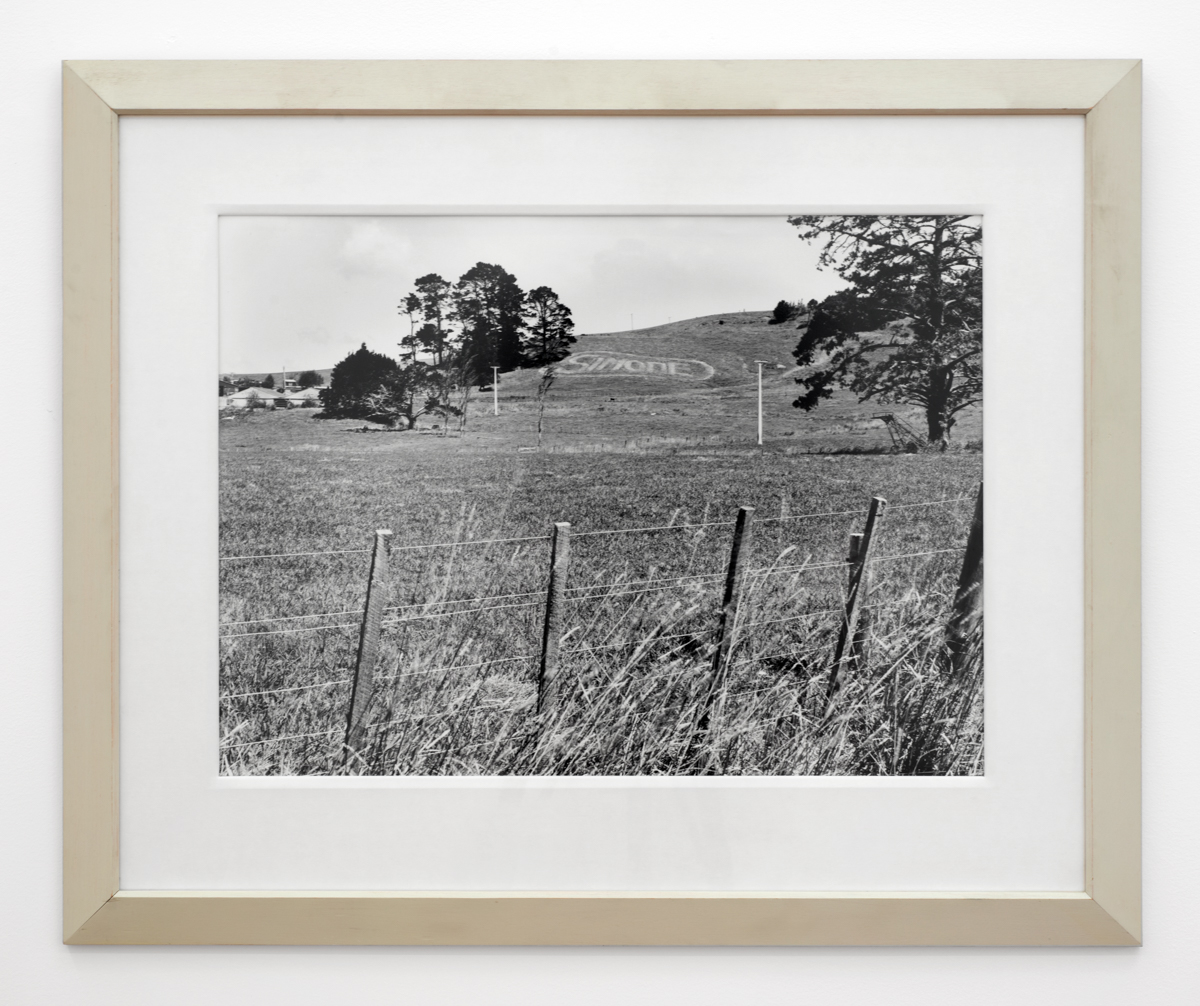 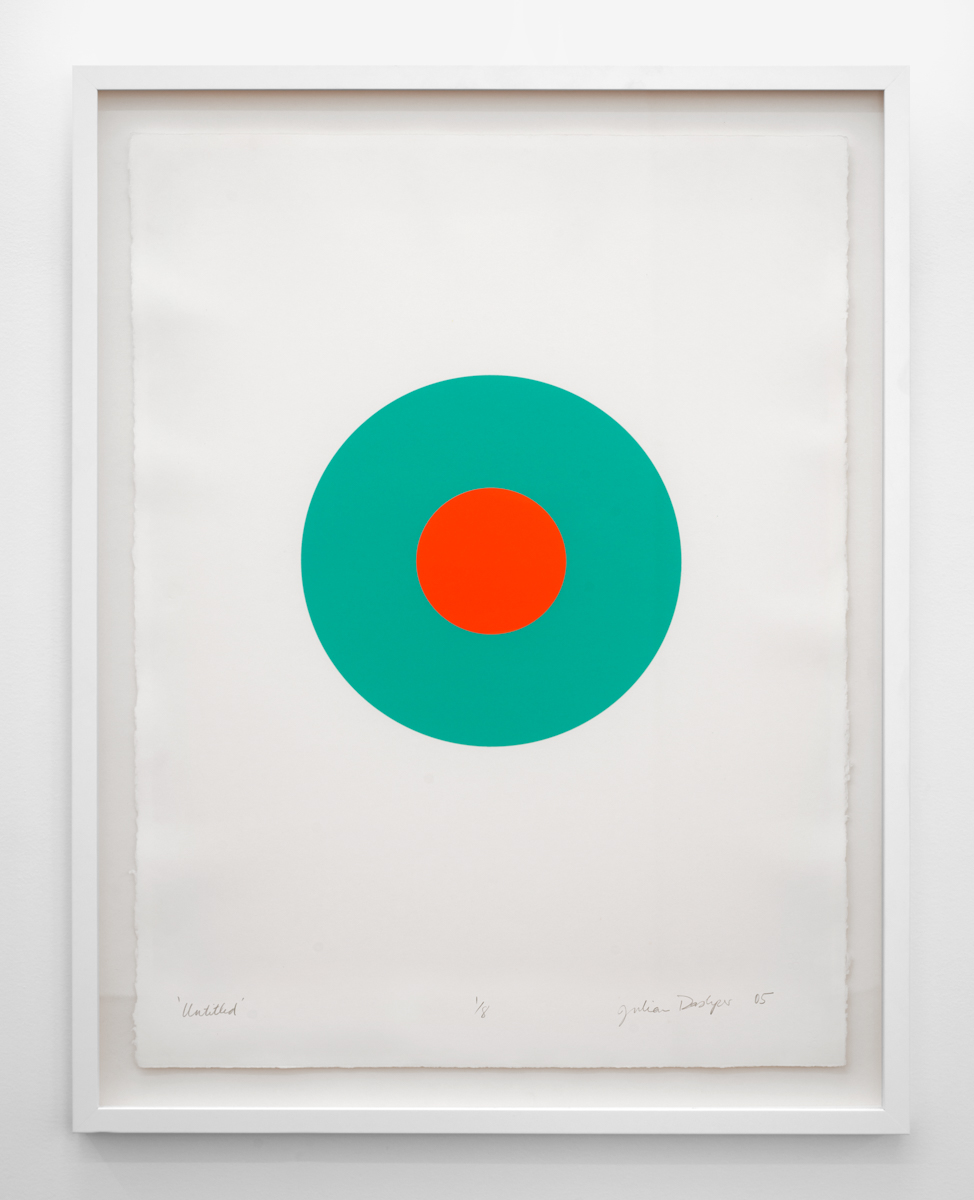 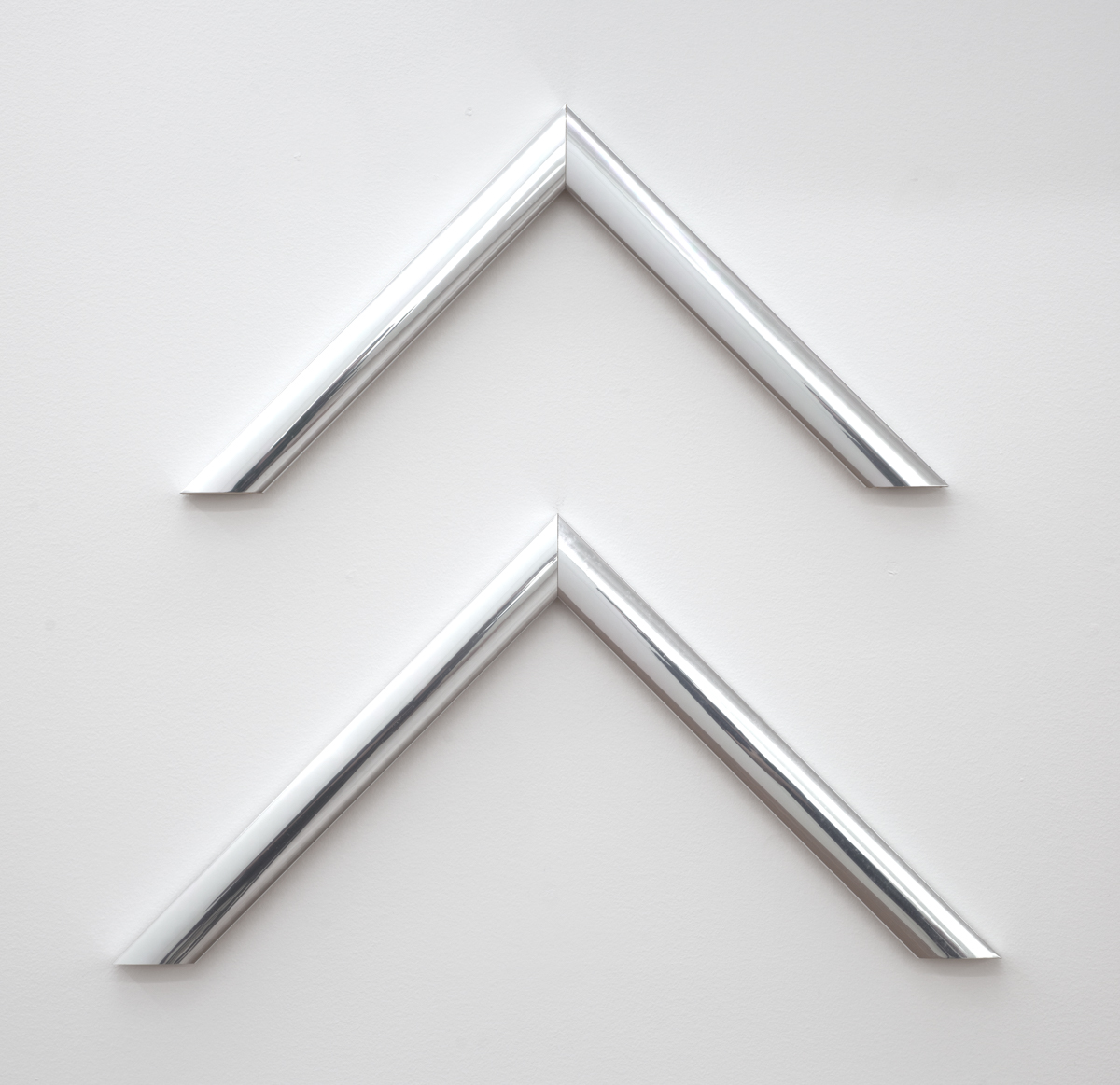 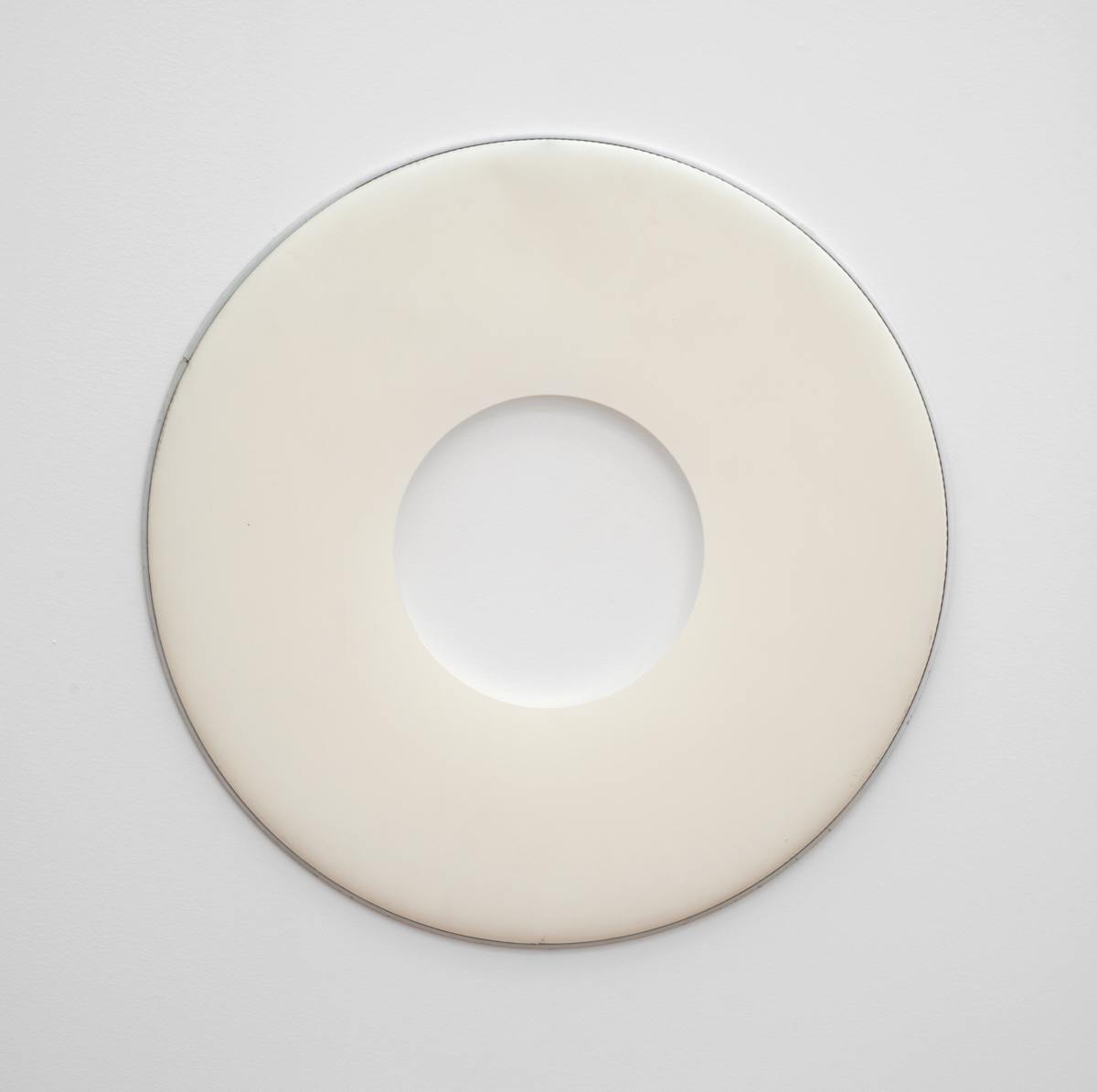 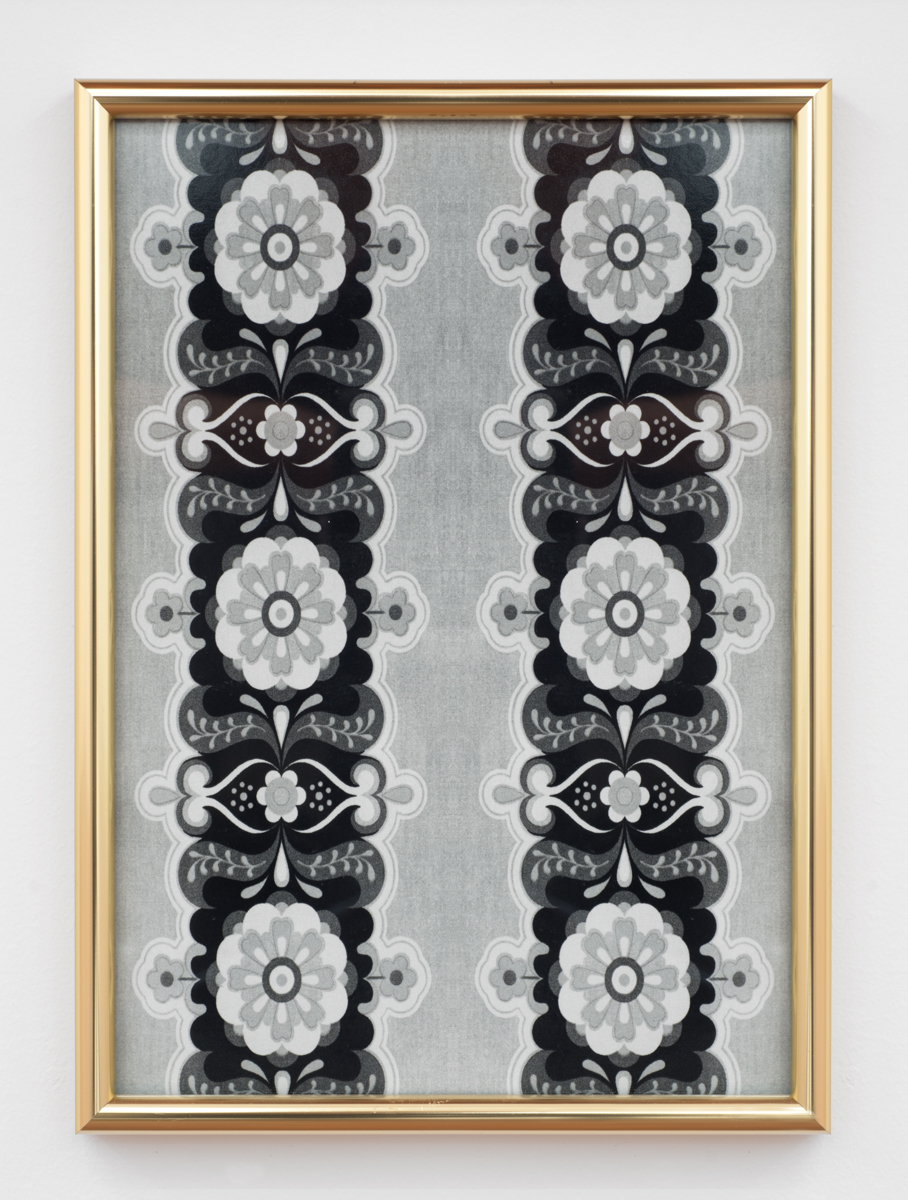 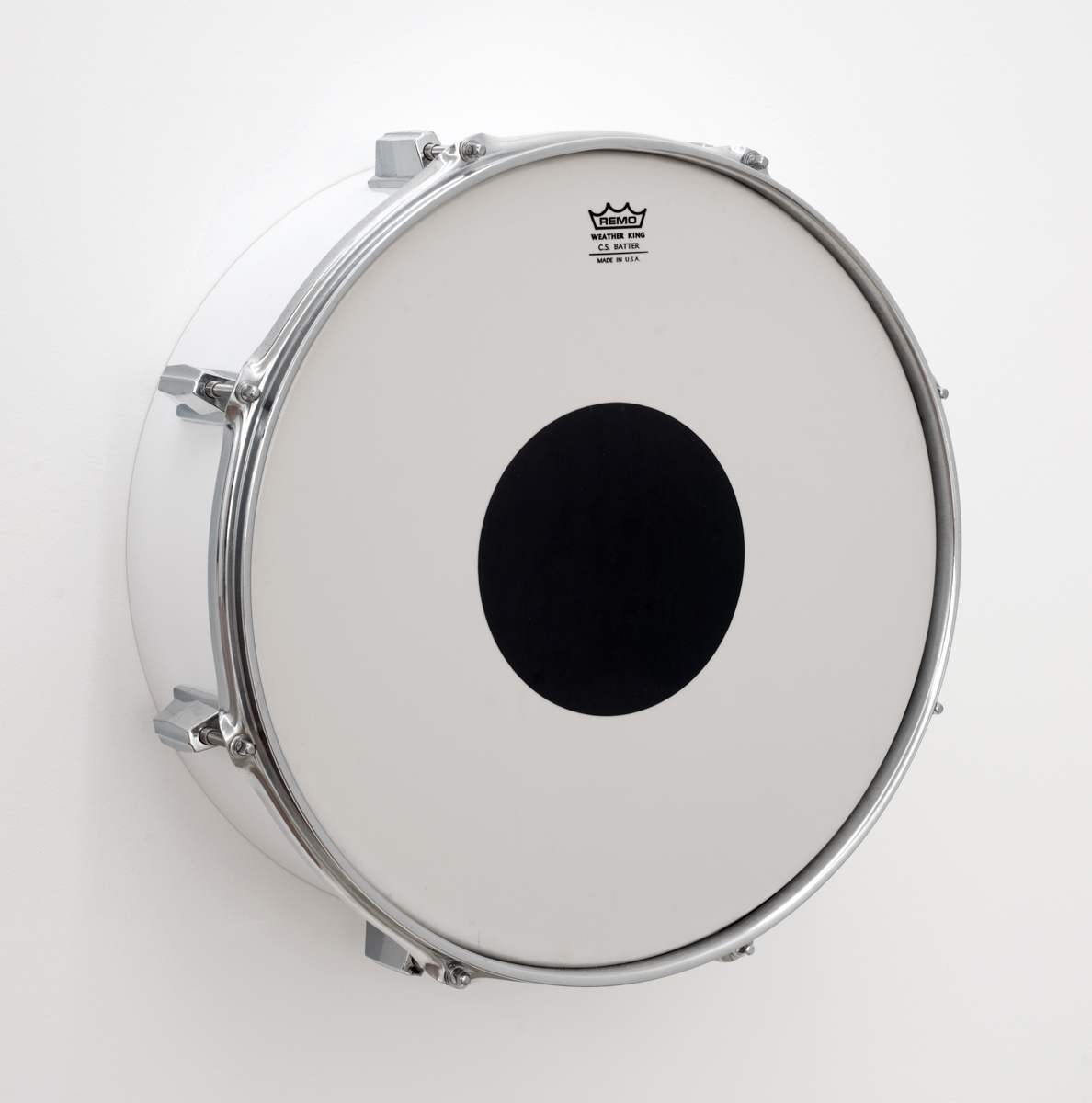 In other series Dashper specifically explored multiplicity in painting and photography. Initially, in the early 1990s, he exhibited mounted slides of his paintings from the 1980s to reference how art is recorded and mediated photographically, as in art history lessons. In two recent series, one of rounded-squares that look somewhat like television or computers screens and the other of black concentric circles that resemble targets, he turns painting into an industrial project in the manner of photography by making multiple painted copies of a single one-off photographic image. In each series each image is so similar that not only is it impossible to distinguish one painting from another, it is also hopeless to separate the painted copies from the unique photographic original.

In his most recent multiple works he has combined an abstract painting with its copy by mounting one on top of the other in a type of Siamese twin orientation. This screwing together of image and original is a curious twist on the parlour pursuit known as ‘en abyme’, in which a painting represents itself within itself. Here Dashper tests the relationship between an object and its copy, just like in his work of 20 years prior, and suggests that an images is only ever chimerically linked to that which it imitates, that the representation relationship is a forced one, only made possible by fixatives such as screws.

It is no coincidence that much of Dashper’s work from the last 20 years is in multiple format. Just as a good chicken lays more than one egg, a ‘good’ idea according to Dashper, will have multiple outcomes. And, if what 19th Century Canterbury sheep farmer-cum-writer – Samuel Butler said is correct, that ‘a hen is only an egg’s way of making another egg’, then artists are the art’s way of sustaining itself. Exactly like many many artists before, from Vincent van Gogh to Gordon Walters, Dashper chooses, as the fancy takes him, to make his art again and again.

Julian Dashper, Untitled, 1996, acrylic on canvas board, edition of 4