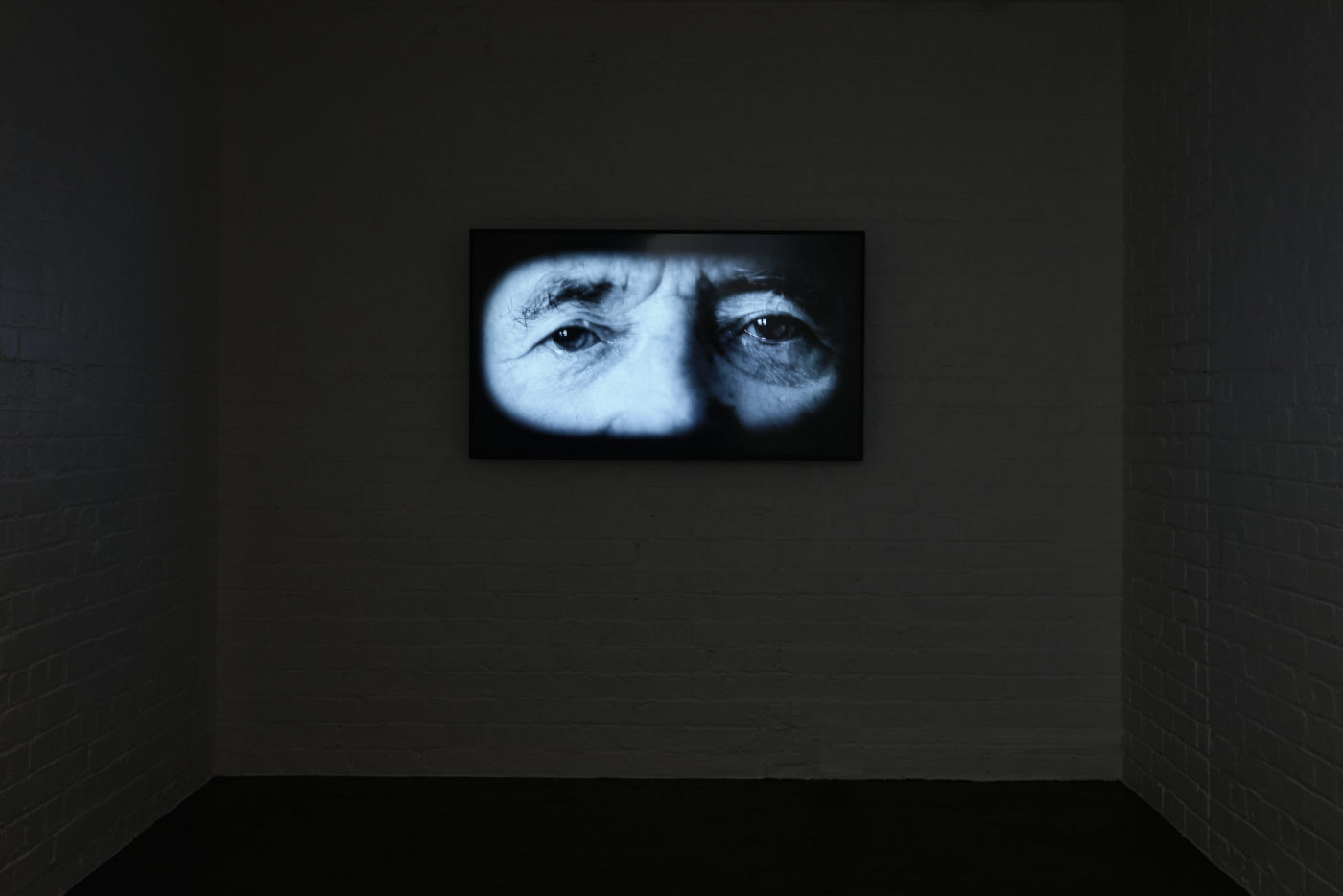 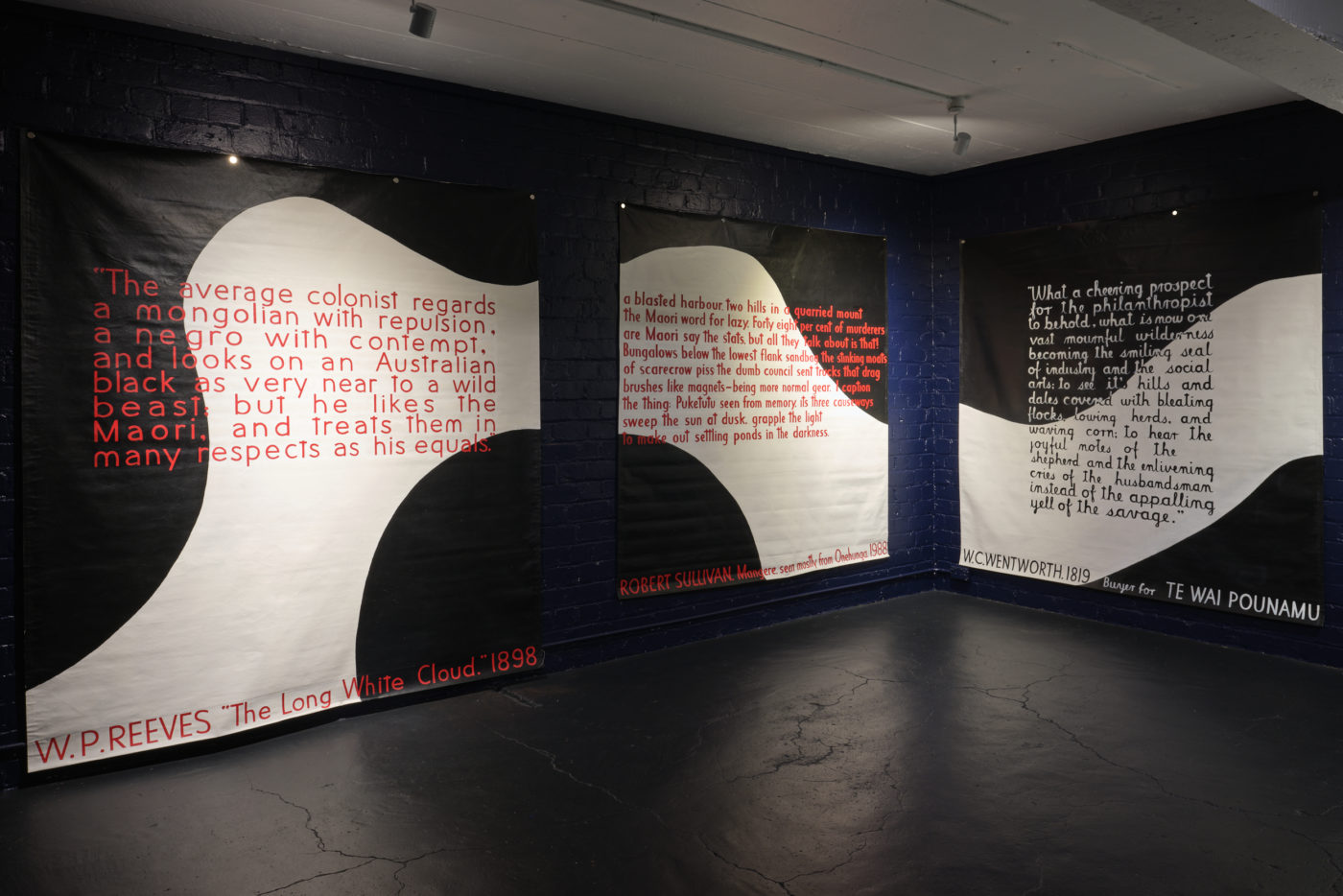 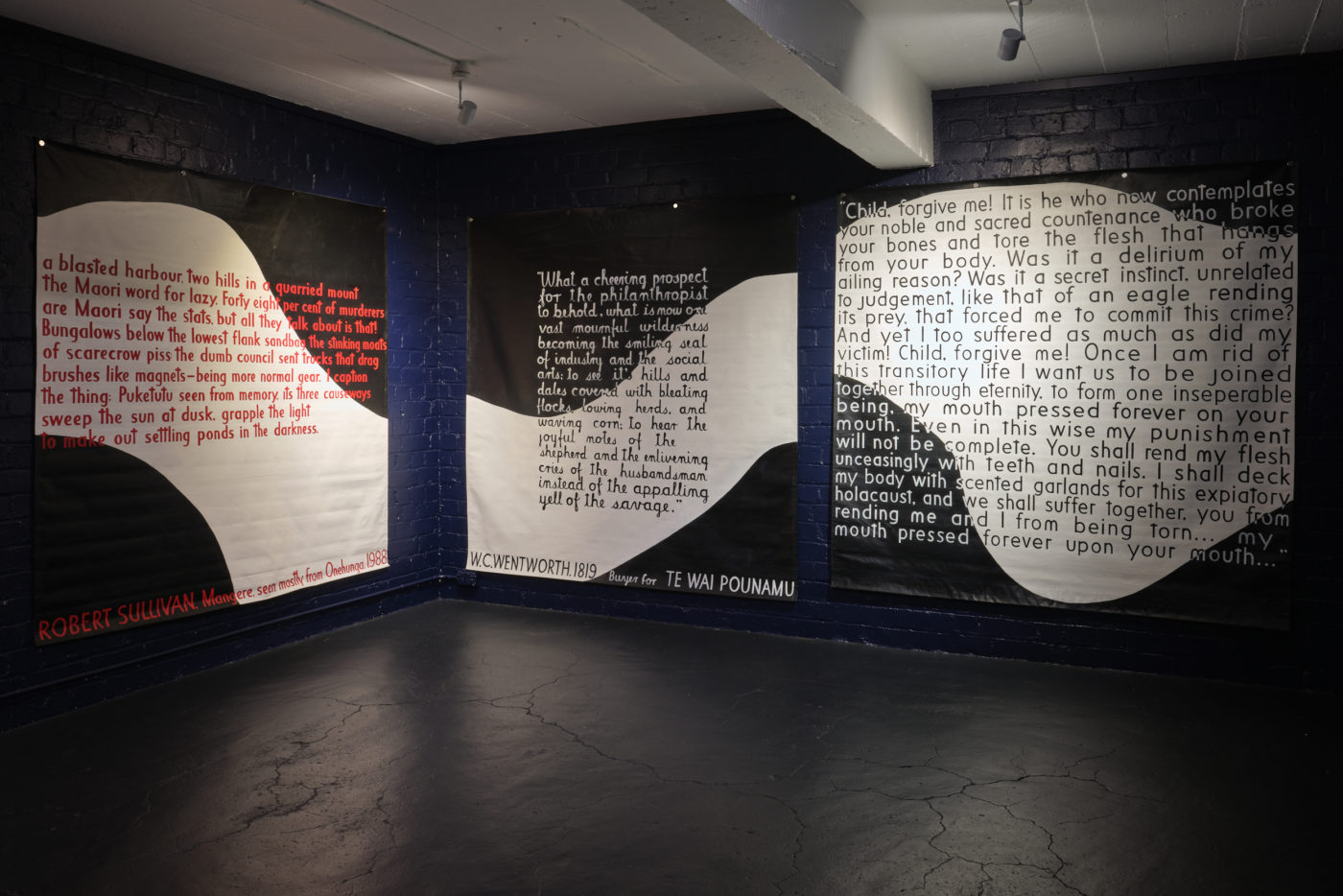 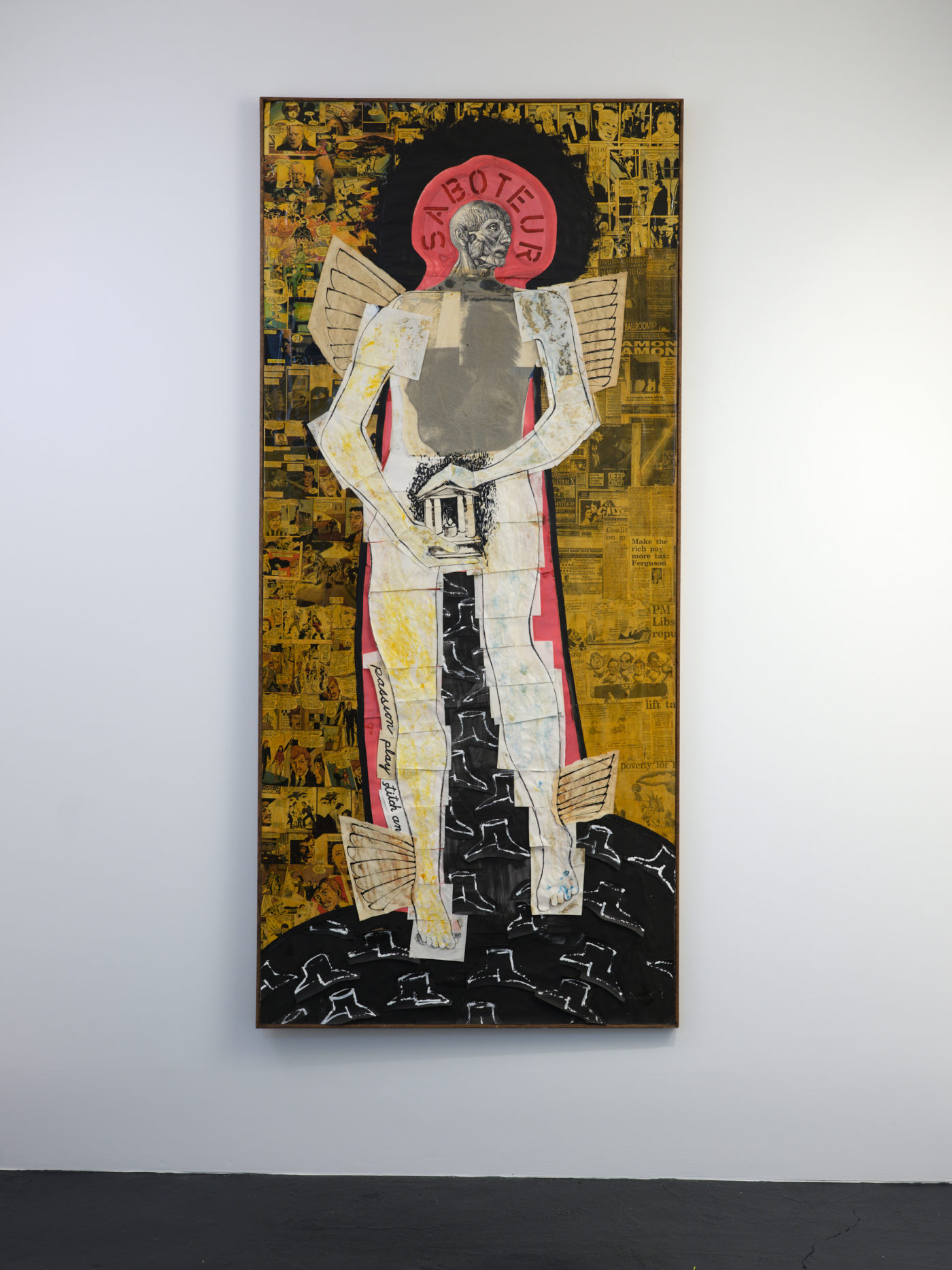 Michael Lett re-opens for 2022 with a celebration of Jim Allen’s centenary year. The exhibition includes a suite of works in various media, from the past three decades, some which have never before been exhibited.

Horse and Buggy Days (1999) is a large-scale work made up of four pieces. Created in Allen’s studios on Great Barrier Island, the paintings emerged from the artist’s research into histories of Aotearoa New Zealand, after reading Judith Binney’s Redemption Songs: A life of Te Kooti Arikirangi Te Turiki (1995)Each work is clearly inscribed with quotations taken from written accounts of settler-colonists as they contemplate ways to dominate the peoples, lands and resources of Aotearoa. Canvas supports have been painted with a black and white cow-hide pattern and blood-red text. In this context the cow-hide references introduced cattle and agriculture and it is on this background that Allen simply presents words so that they may be interpreted in various ways by those who read them. His careful selection and presentation of historic voices and ideas mean that there is little doubt as to where the artist’s sympathies lie, the paintings are an indictment of the cruel and careless devastation brought upon the indigenous peoples and natural environment of Aotearoa.

Many of the sources and themes included in Horse and Buggy Days re-appear in Allen’s video work. In Uncertain Propositions (2011/2014) he takes a sculptor’s approach to moving image. Found text is used as a kind of ready-made that is printed, extracted, re-presented, cut-up and spoken. Allen has always been appreciative of the way that text slowly degrades and disintegrates in its reproduction, in the process it can be distorted, gaining additional textures. Copies of copies are endemic to Uncertain Propositions, Allen re-presents and visually layers-up previous works and existing materials from his studio, creating a palimpsest of possible meanings, poetic utterances, reflections and cryptic proclamations. For the recorded voice-over Allen adopted a contrived physical position rendering his voice strained, haunted and almost prophetic.

A cut and paste approach was also taken in the construction of Allen’s Saboteur (2009). In this collaged work a messanger figure with winged ankles stands upon a landscape of decimated tree-trunks, a Grecian temple with a single candle in place of genitals. Amidst the clamour of super-hero comics, newspaper advertisements and articles, Allen’s figure emanates with an urban, magenta glow. With rudimentary outlines, composed of many pieces of paper that have been incised and adhered, this so-called saboteur appears flayed, his face taken from an anatomical illustration. According to curator and art-historian Leonhard Emmerling, Allen’s Saboteur is an anachronistic and fragmented ode to human suffering, one that also hints at the possibility of healing. Emmerling interprets the work as:

“mass garbage against whose background the figure of Hermes stands out, bringing light, another angel of history, a saintly fool of sabotage… He protects his light of hope, the flame of reason, just as he shamefully hides it.”*