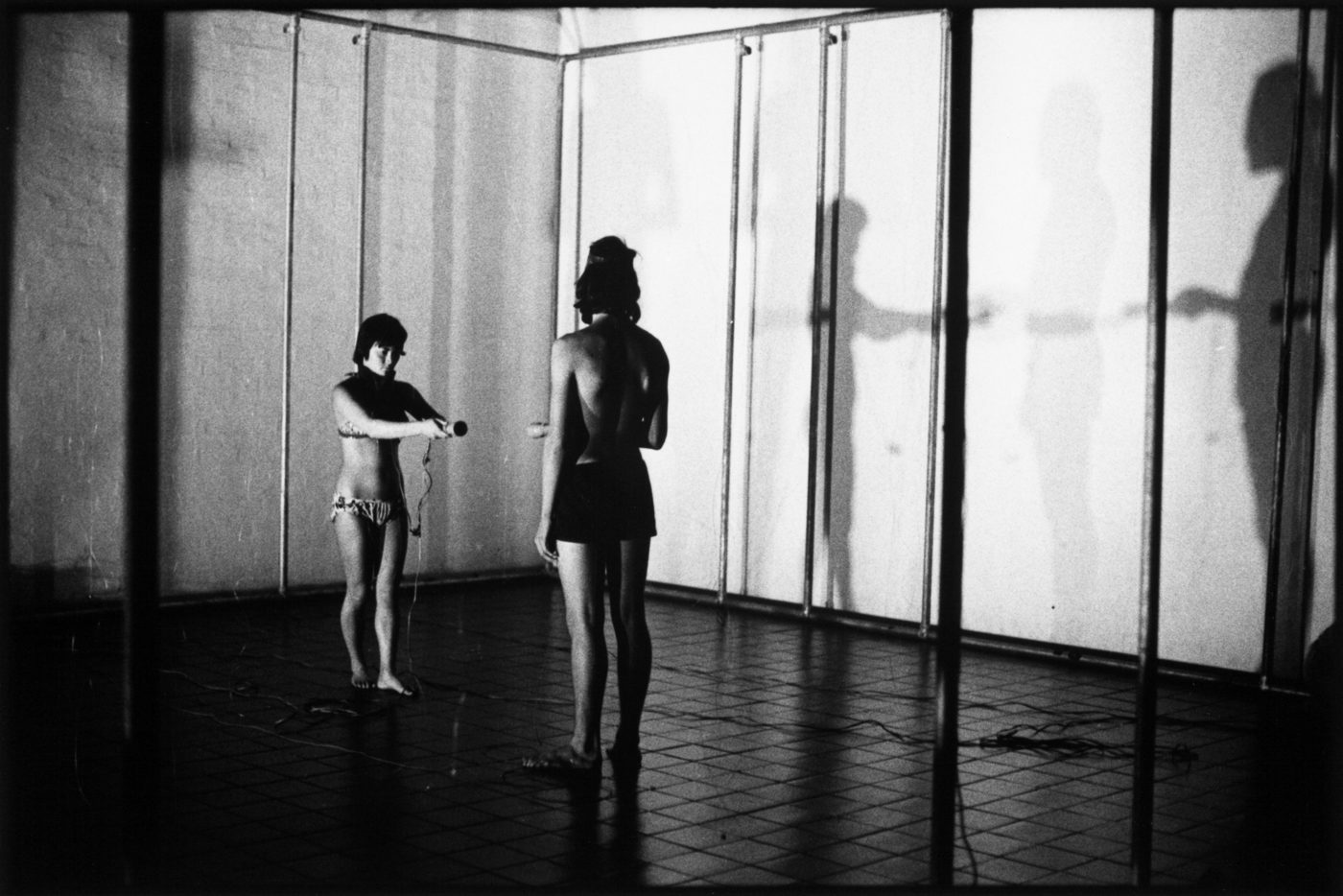 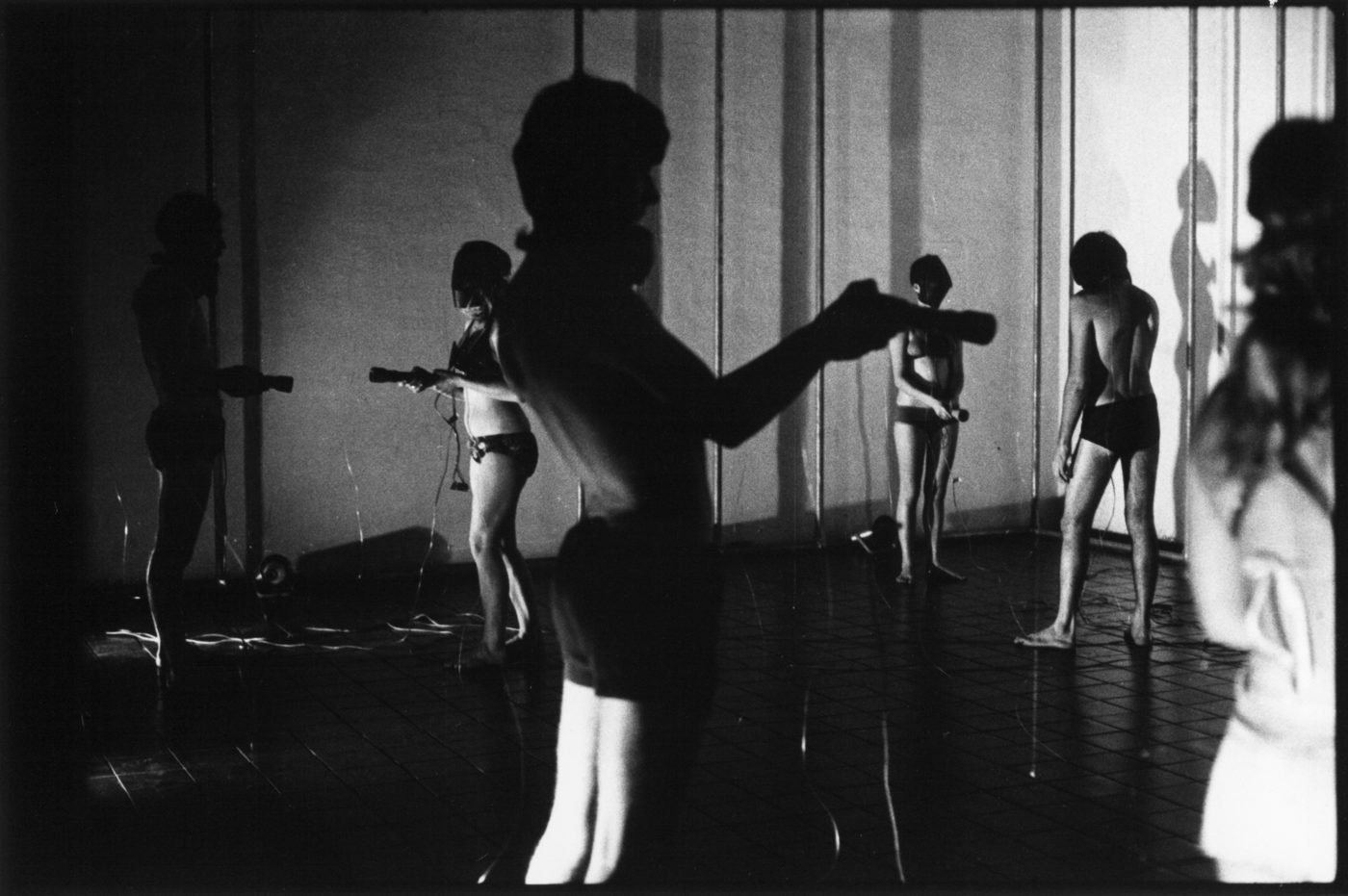 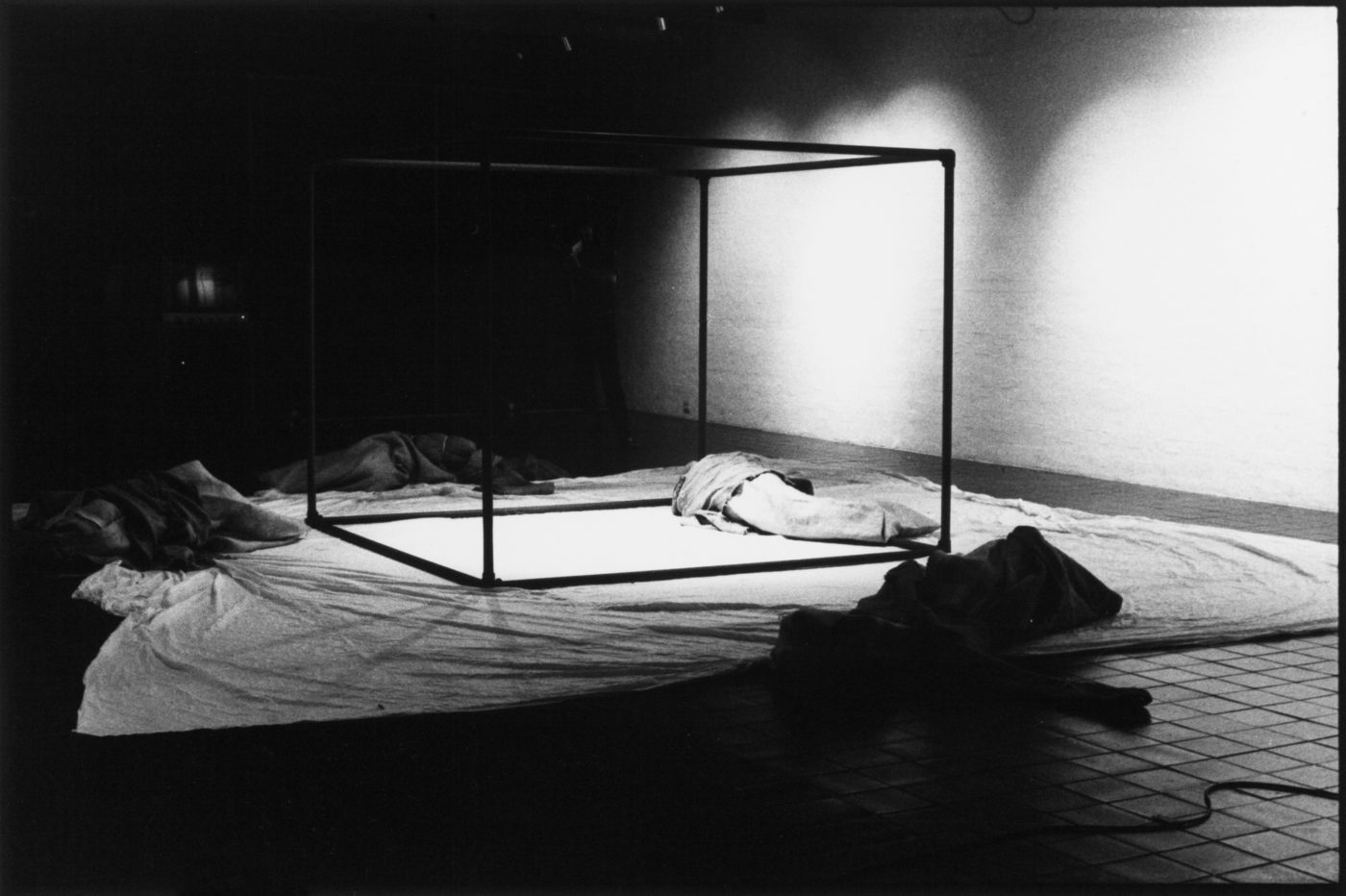 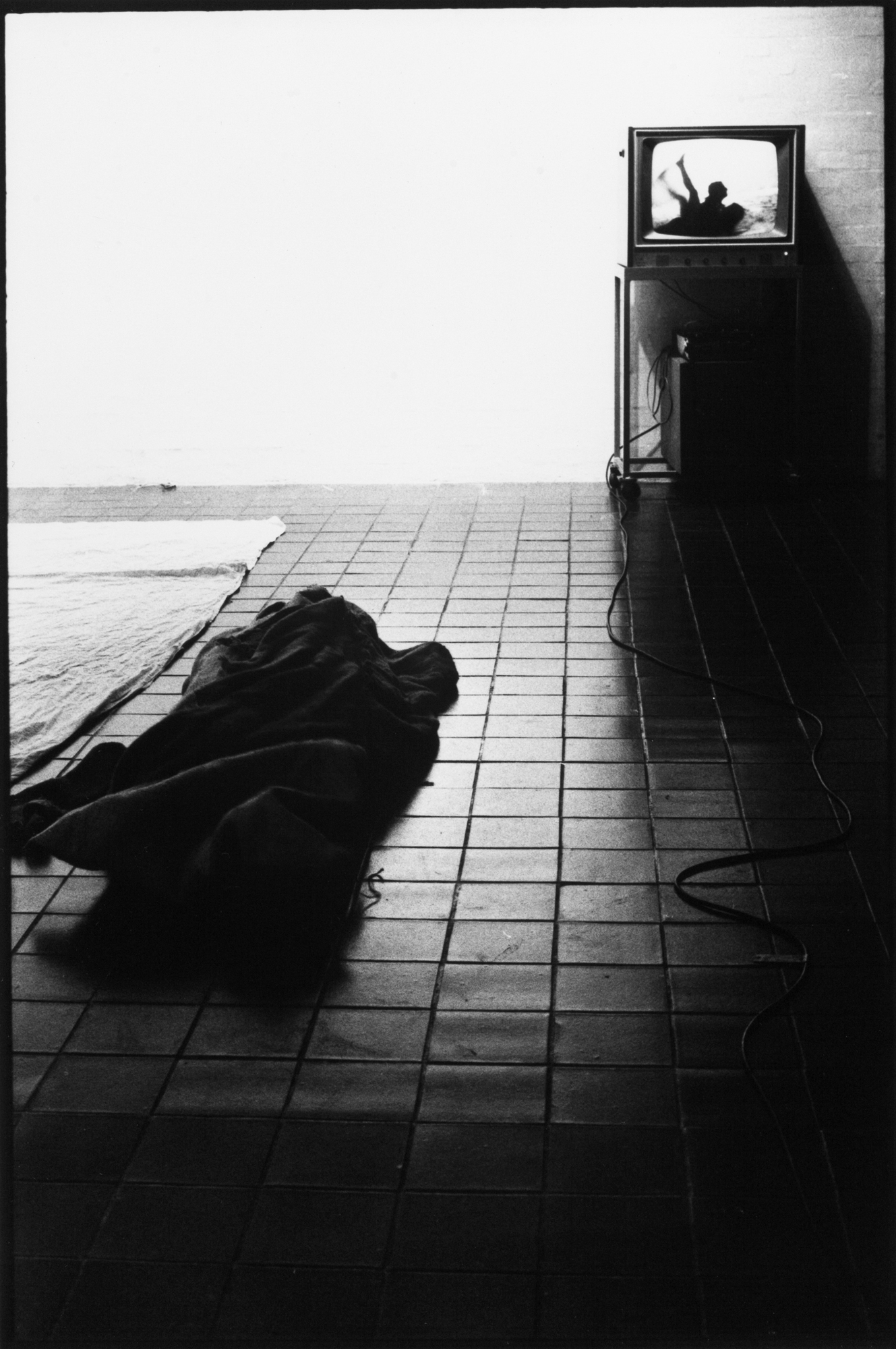 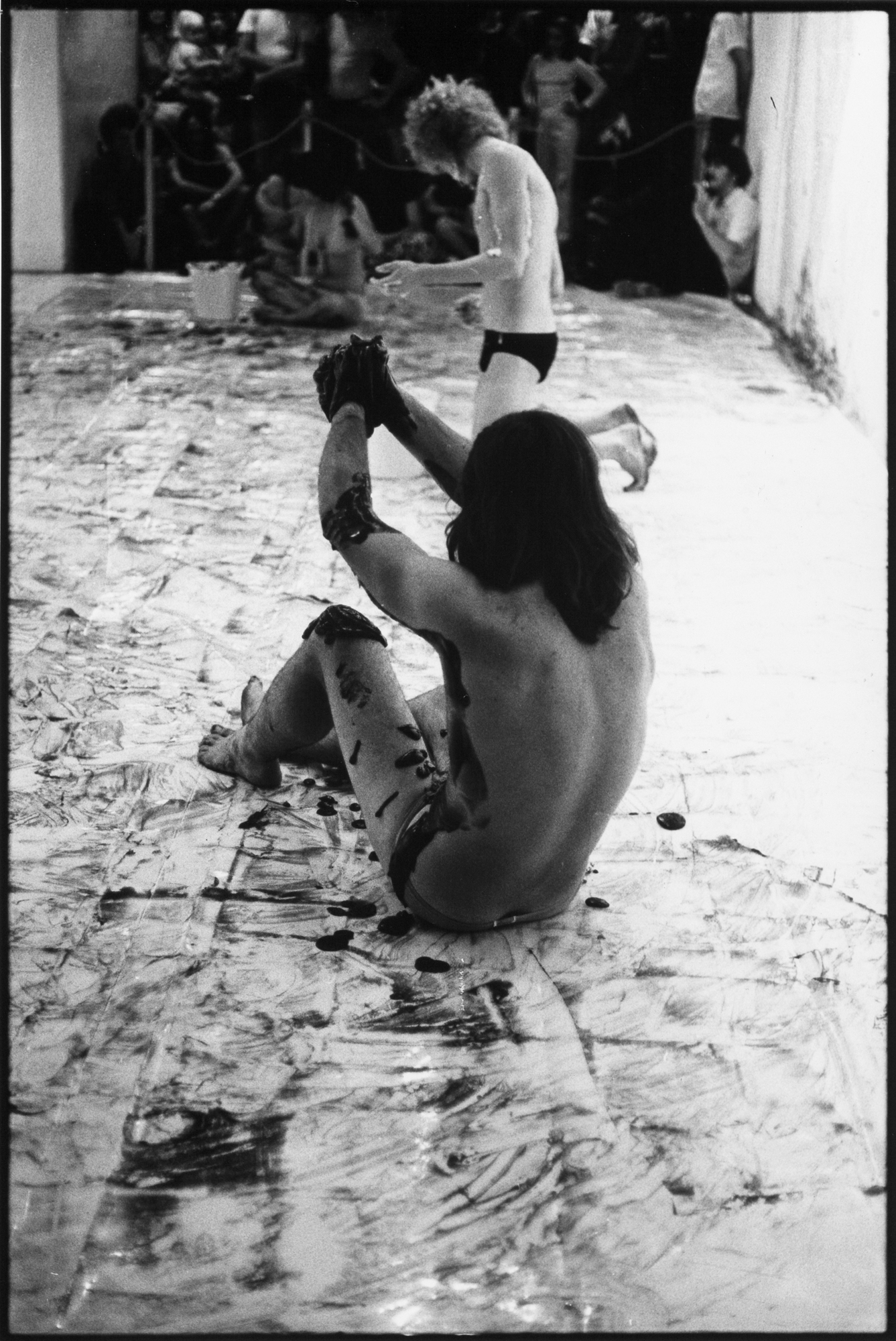 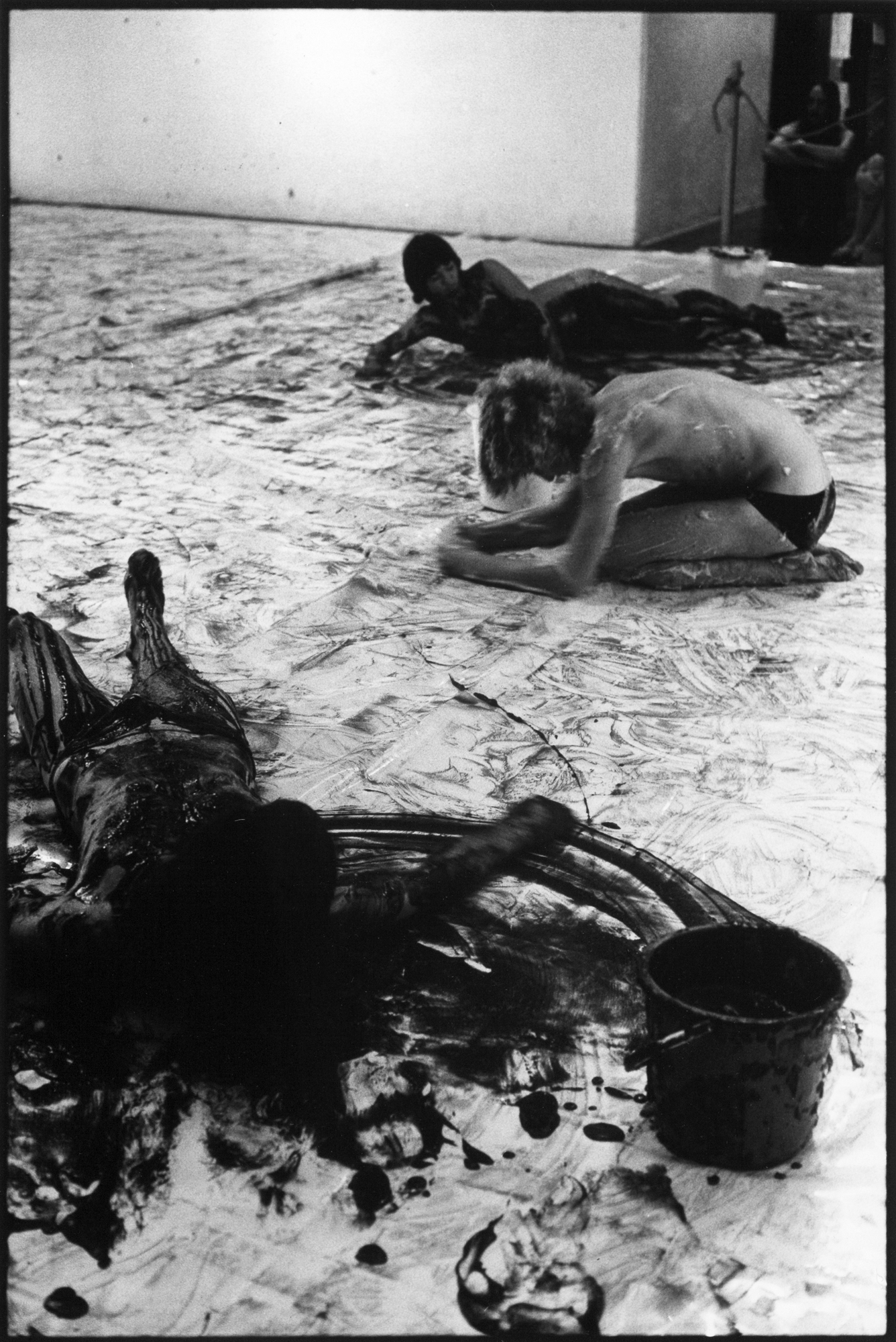 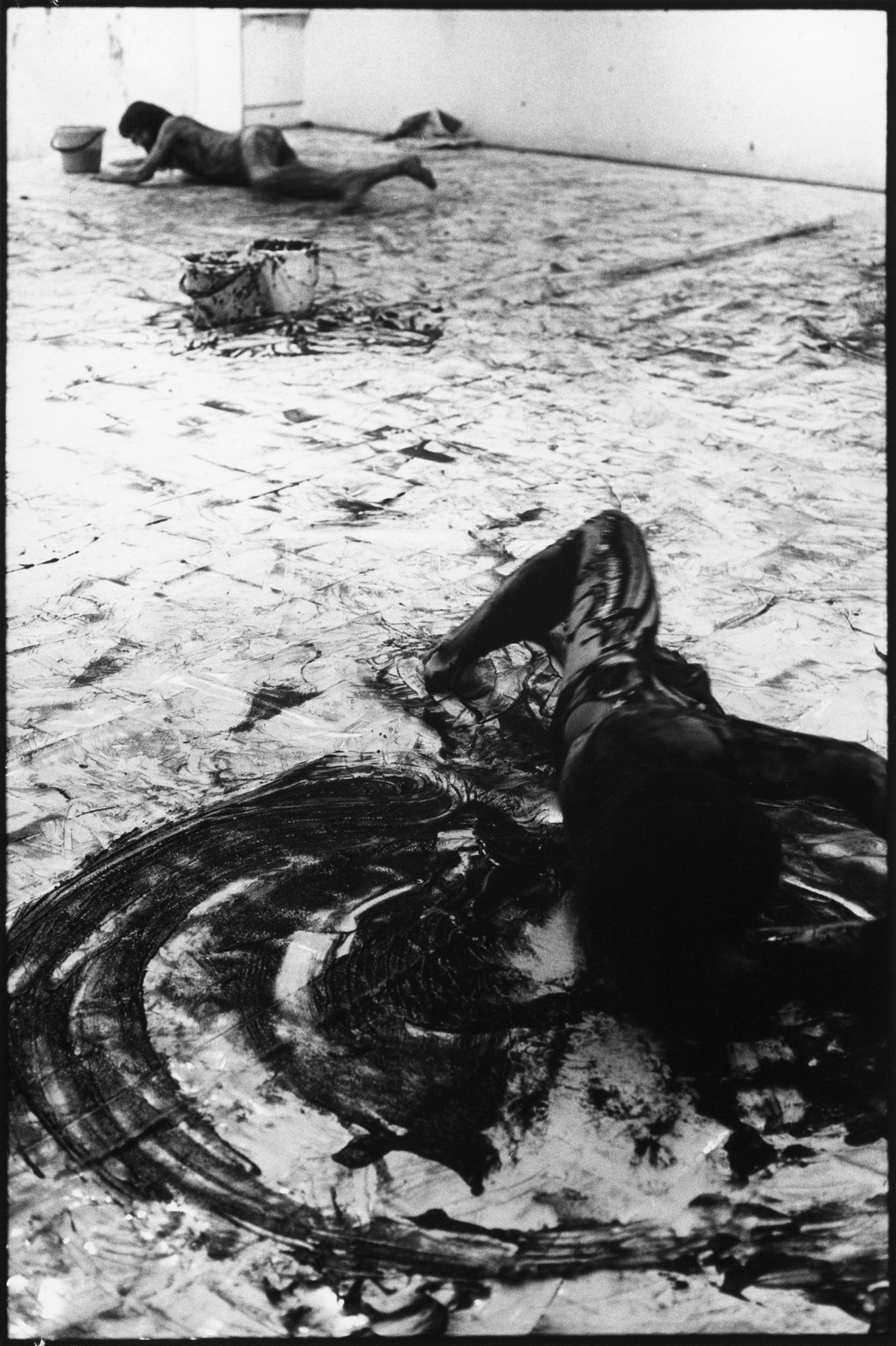 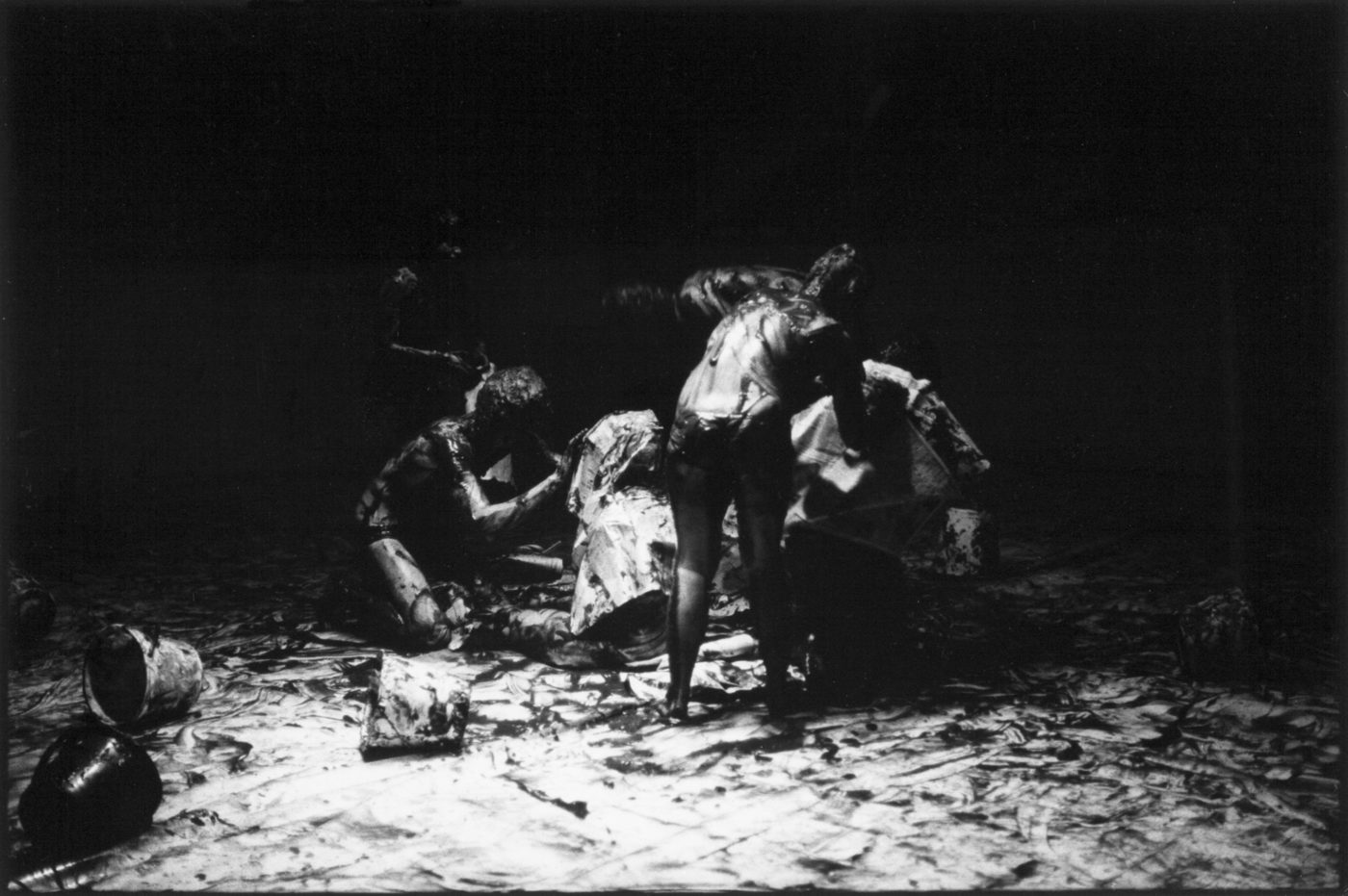 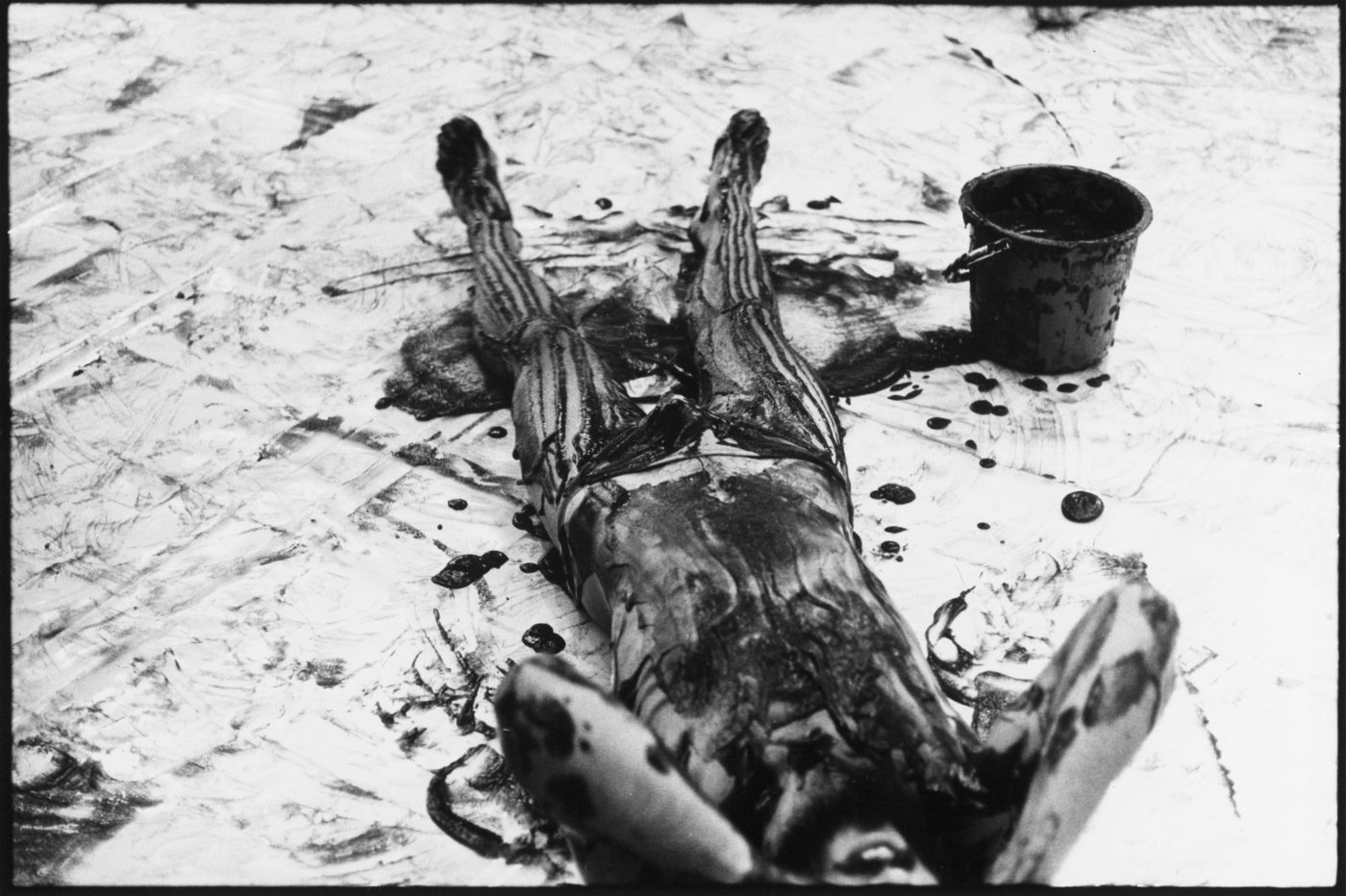 Michael Lett is pleased to present a suite of fifty black and white photographs by Bryony Dalefield, documenting the 1974 performance of Jim Allen‘sContact at Auckland Art Gallery.

Contact is cyclic in performance. Each of its parts comes into play in turn in one, two, three, activity areas. This live activity is interspersed with a video tape replay via three 25 inch television monitors. The three specific activities are titled Computer Dance, Parangole Capes, Body Articulation/Imprint and are performed in that order. Though each of the parts can exist in its own right the event only fully works if their performance is seen in sequence in its entirety. Each part takes approximately one hour to perform by twelve performers. Interconnecting these parts there is a video tape recording and playback so that the spectator has a visual juxtaposition of live and completed events.

Contact was first performed as part of the exhibition Four Men in a Boat at Auckland Art Gallery, 1974. It has since been performed at Govett-Brewster Art Gallery, New Plymouth; Adam Art Gallery, Wellington; and Artspace, Auckland, 2010/11

Jim Allen (b. 1922) has been developing his artistic practice since the 1950’s and is at the forefront of the development of post-object and performance-based art in Australasia. He was among the early exhibitors at the Experimental Art Foundation, Adelaide, South Australia and Founding Head of the Art School of the Sydney College of the Arts (which later became Sydney College of the Arts, University of Sydney). Since 2000 Allen has re-staged a number of early works, such as the two-part installation O-AR (1974) and the early performances Contact (1974), Poetry for Chainsaws (1976), News (1976) and On Planting a Native (1976) in Adelaide, Sydney, Auckland, New Plymouth and Wellington. His video works have been shown widely in America, Germany and the Netherlands. His work is represented in the collections of The British Council, London; Royal College of Art, London; Santa Barbara Art Gallery, California; Mildura Arts Centre, Australia; Osaka City Library, Osaka, Japan; Govett-Brewster Art Gallery, New Plymouth, NZ; Auckland City Art gallery, Auckland, NZ; Christchurch Art Gallery, Christchurch, NZ; Otago University, NZ; Chartwell Collection, NZ; Te Papa Tongarewa Museum of New Zealand.