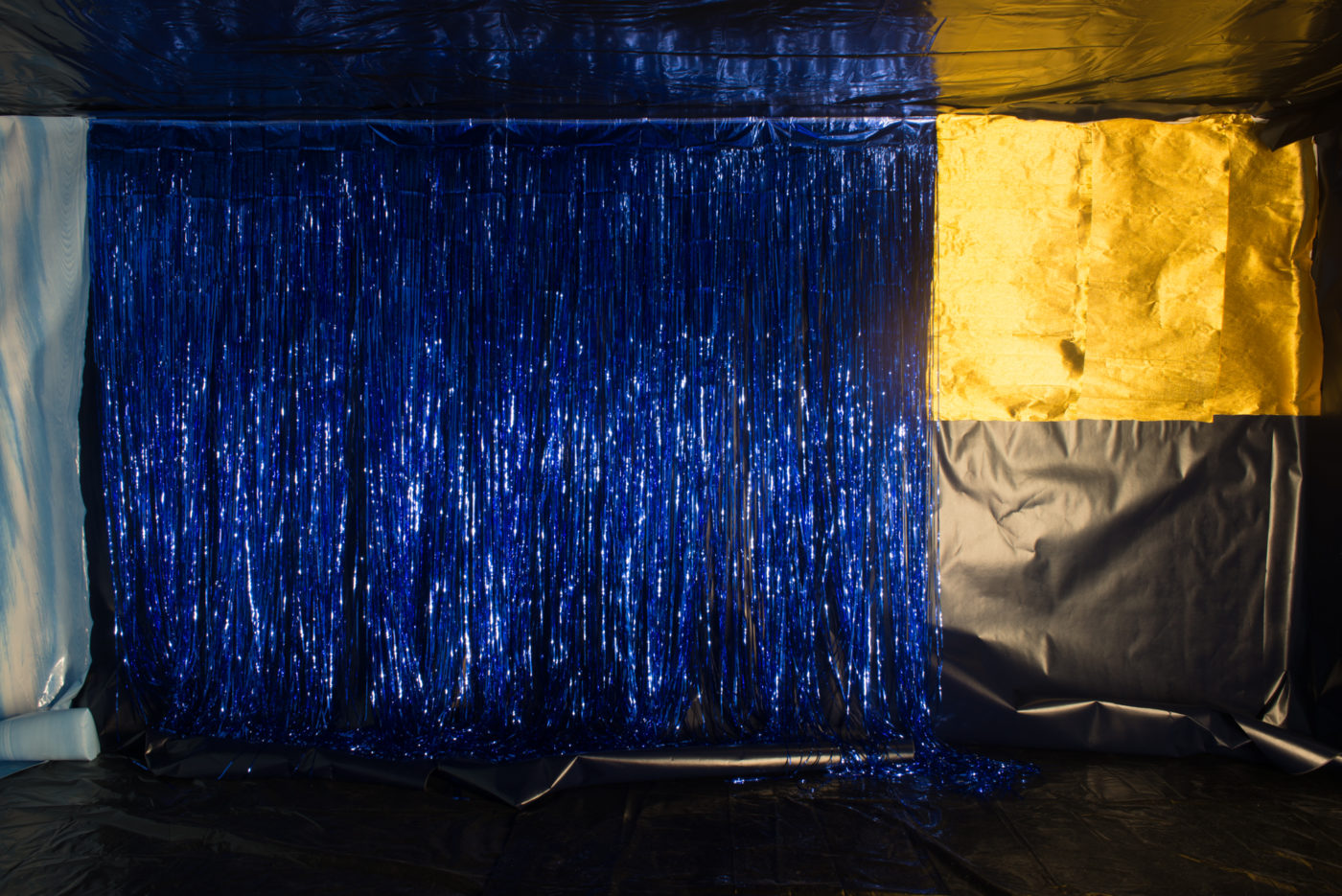 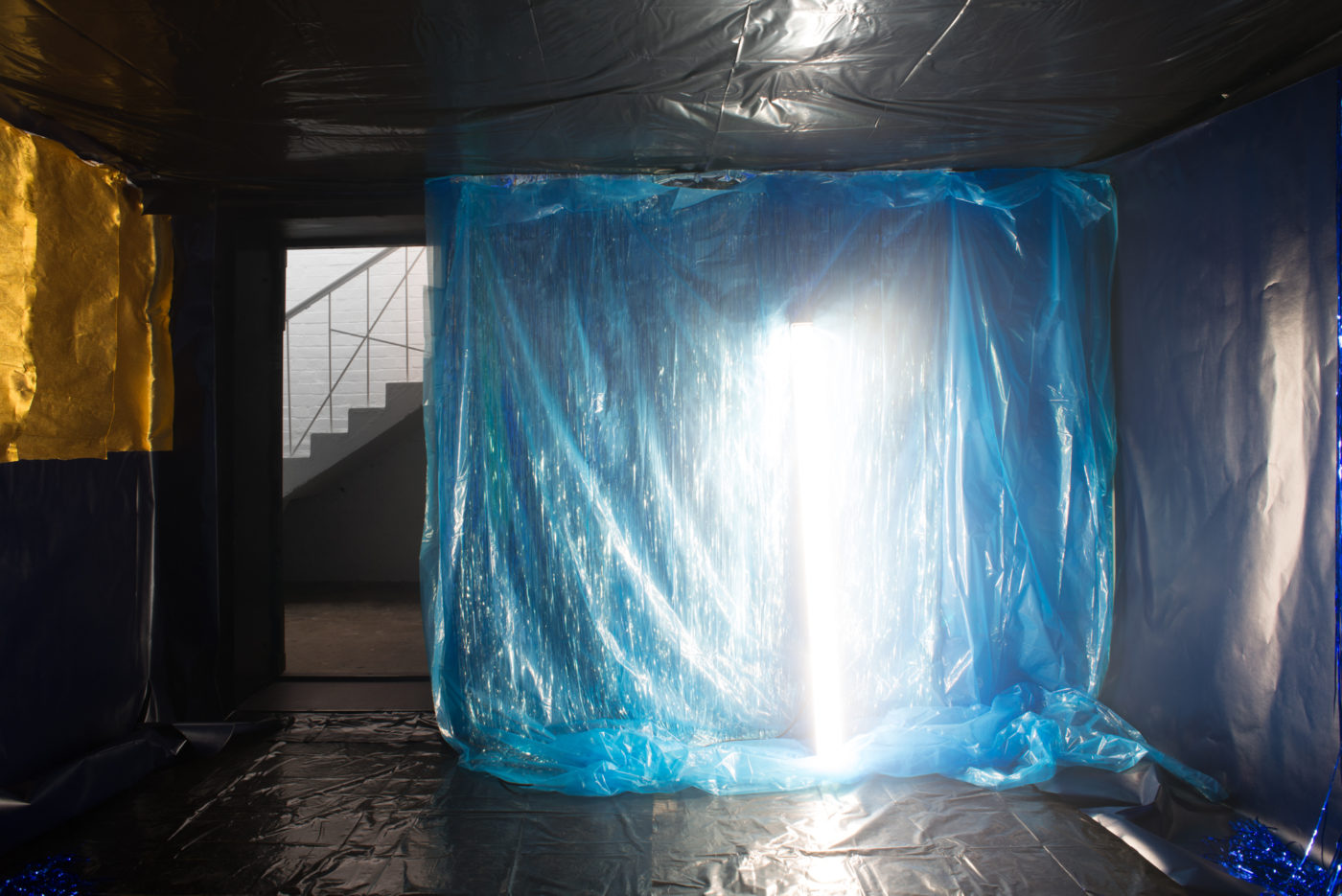 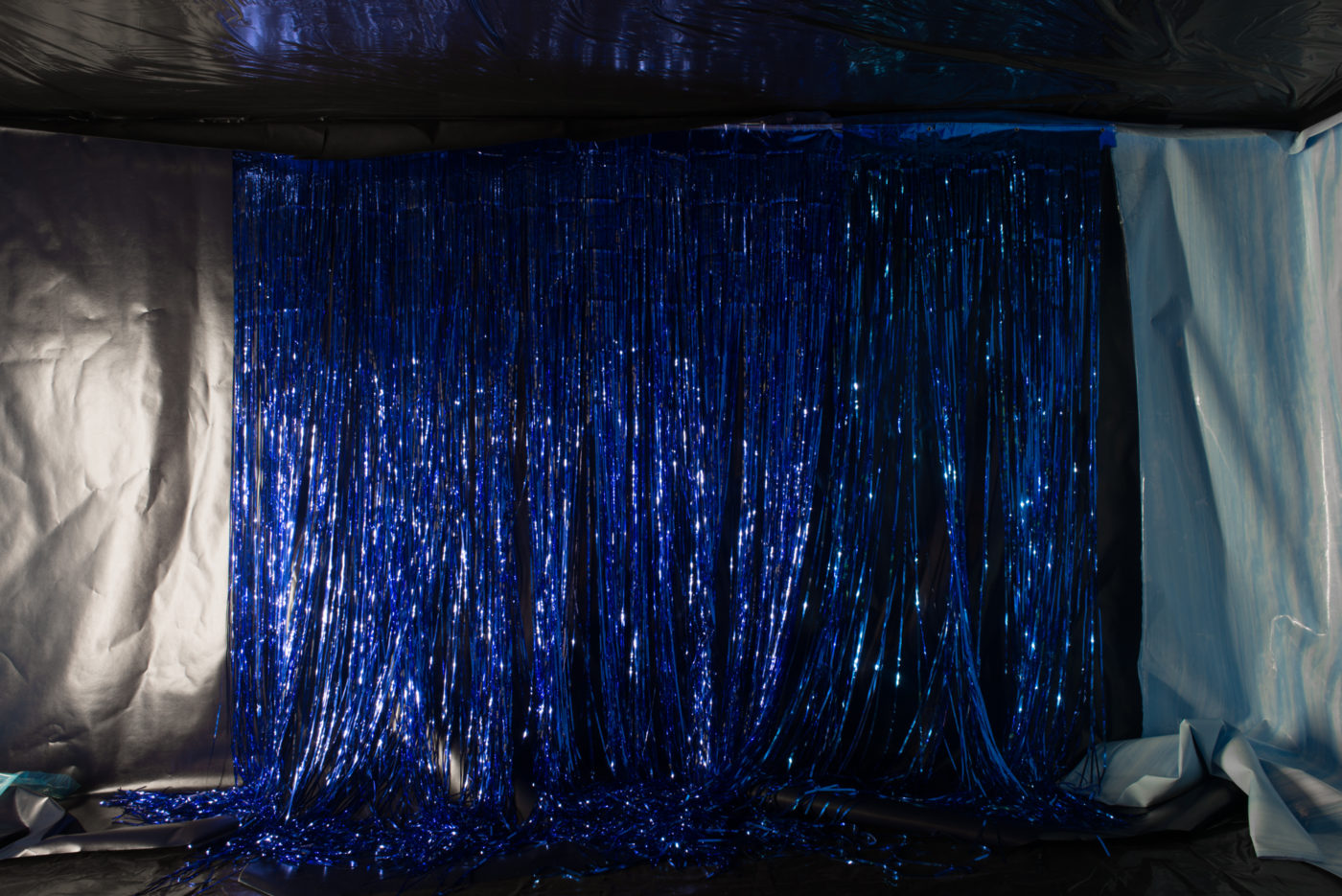 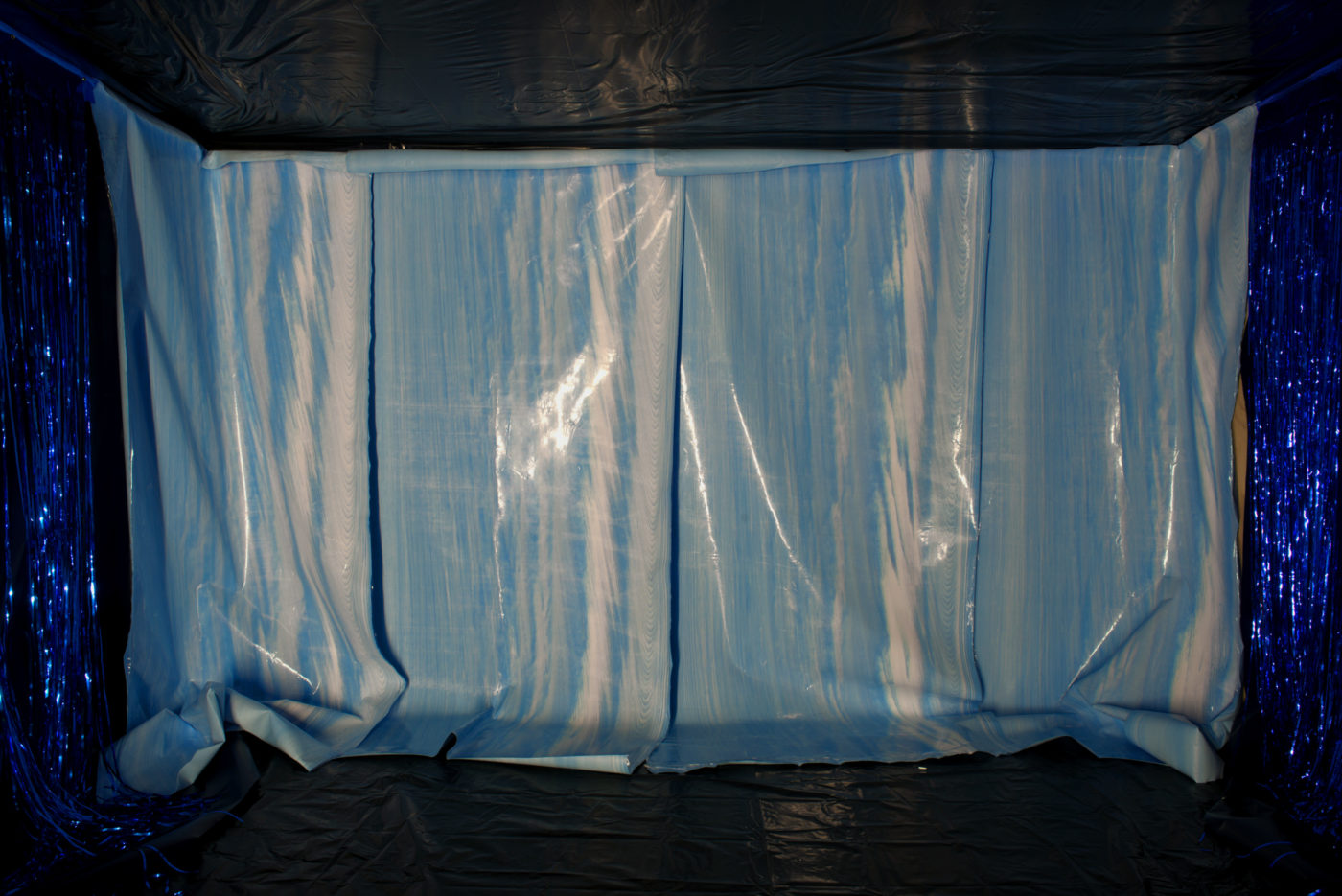 Jacqueline Fraser’s latest installation, Plastic, occupies a somewhat unusual position in her oeuvre. While it is visibly an extension of her current practice, it also makes reference to a piece created when she was at art school. At the time, Fraser – like many of her fellow students – was experimenting with conceptual art. Finding that some of the results were lacking sensuousness, she resolved to produce a work that would exude the same.

Using large rolls of blue plastic found at a factory dump, Fraser created an installation in a vacant building on campus, unreeling the sheeting to fill the space. She hoped to provide the viewer with an immersive, physically rich encounter, in which the textures of the material, the forms of its unfurling, and its interplay with the ambient light would encourage the sort of transcendent experience possible with the better examples of conceptual art.

Unfortunately, this first plastic work was short-lived, the Fire Department closing it down soon after it was completed. Plastic, however, has continued to appear in Fraser’s practice, often in unobvious ways. Earlier, the artist created sculptural works made largely of plastic-based materials. Subsequent pieces incorporated synthetic fabrics, laces, furs, and wigs. More recently, plastic has shown up in installations – as translucent supports for collage elements, as wall coverings of metallic curtains.

Plastic is very much a substance of the age in which we live. It thus holds an immediate appeal for Fraser, whose work is consistently and consciously of the time in which it is made. The artist luxuriates in the possibilities of the present, using whichever of its materials, technologies, and modes are fit for her purposes. Grounded in the moment, her work becomes curiously unbounded in its implications.

Latent with contradictions, plastic contributes its own plasticity of signification. Although it is organically derived, it is also the quintessence of the artificial, of the human-made – an ideal material for Fraser, whose resolutely unpretentious art nevertheless reveals a keen interest in the pretend, in the fake. Ever present, plastic is easy to overlook. When it is seen, it is wont to be scorned, regardless of its great and diverse utility. It has become cheap, both literally and figuratively.

On a practical level, the affordability of plastics is useful to Fraser, who is indefatigable in her experimentations, and is constantly creating new work. (Then, too, by buying her materials, Fraser enjoys greater control than when she had to rely on what she could find for free.) Moreover, though, the everyday nature of plastics makes them eminently attractive to an artist with an absolute commitment to the popular and the pulpy, an artist who recognises these as an inevitable part of our lived reality.

Perhaps most importantly, plastics tend to include an element of the unusual or uncanny. Sitting just outside the sphere of the natural, and just outside that of the virtual, they allow Fraser to create work that plays out of and reflects the world around us, but also activates a process of estrangement, helping to shift our understanding of that world. Fraser herself gets at the heart of the matter when she describes the materials that make up Plastic, noting, ‘It’s real brand-new stuff, but it’s just a little bit off.’