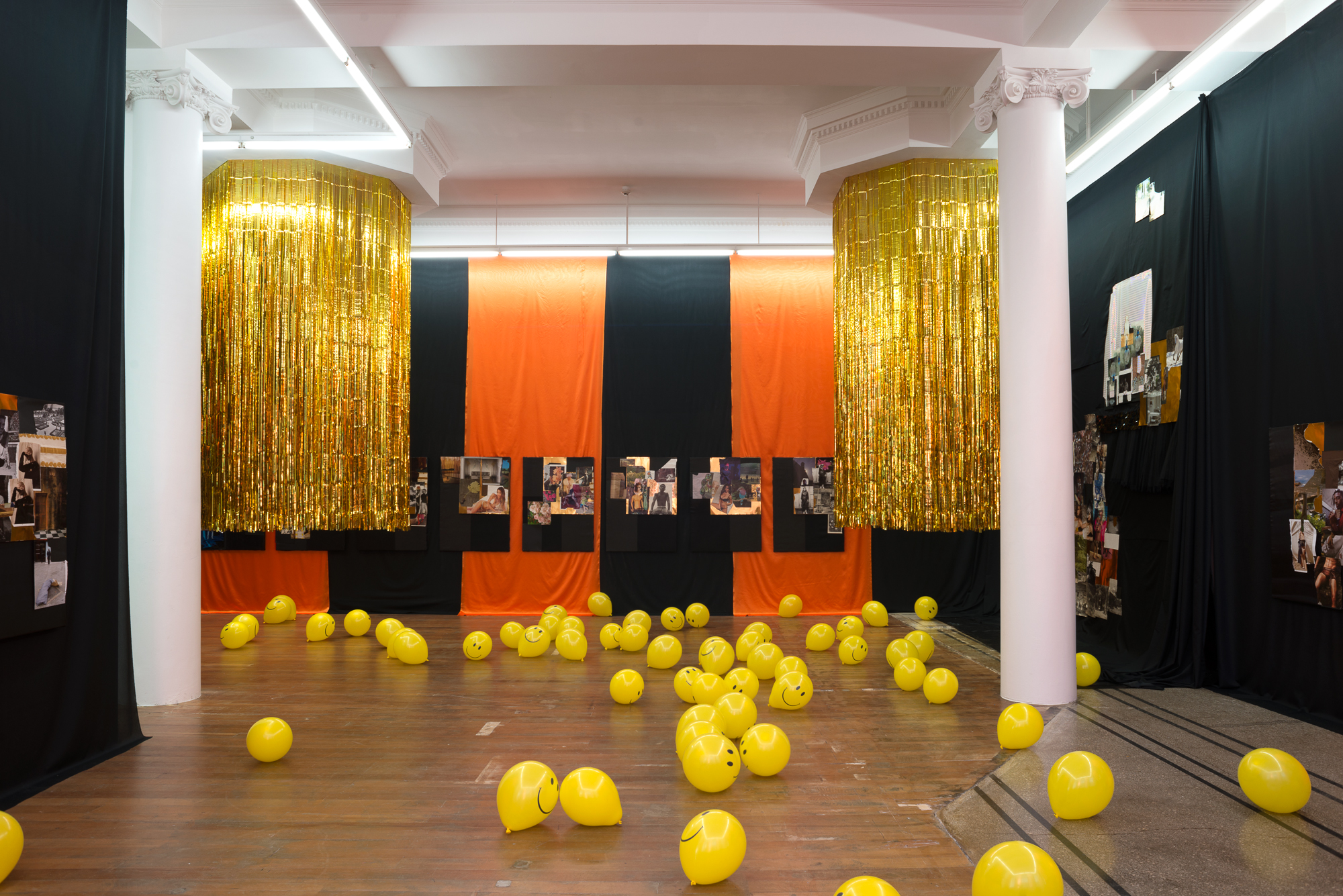 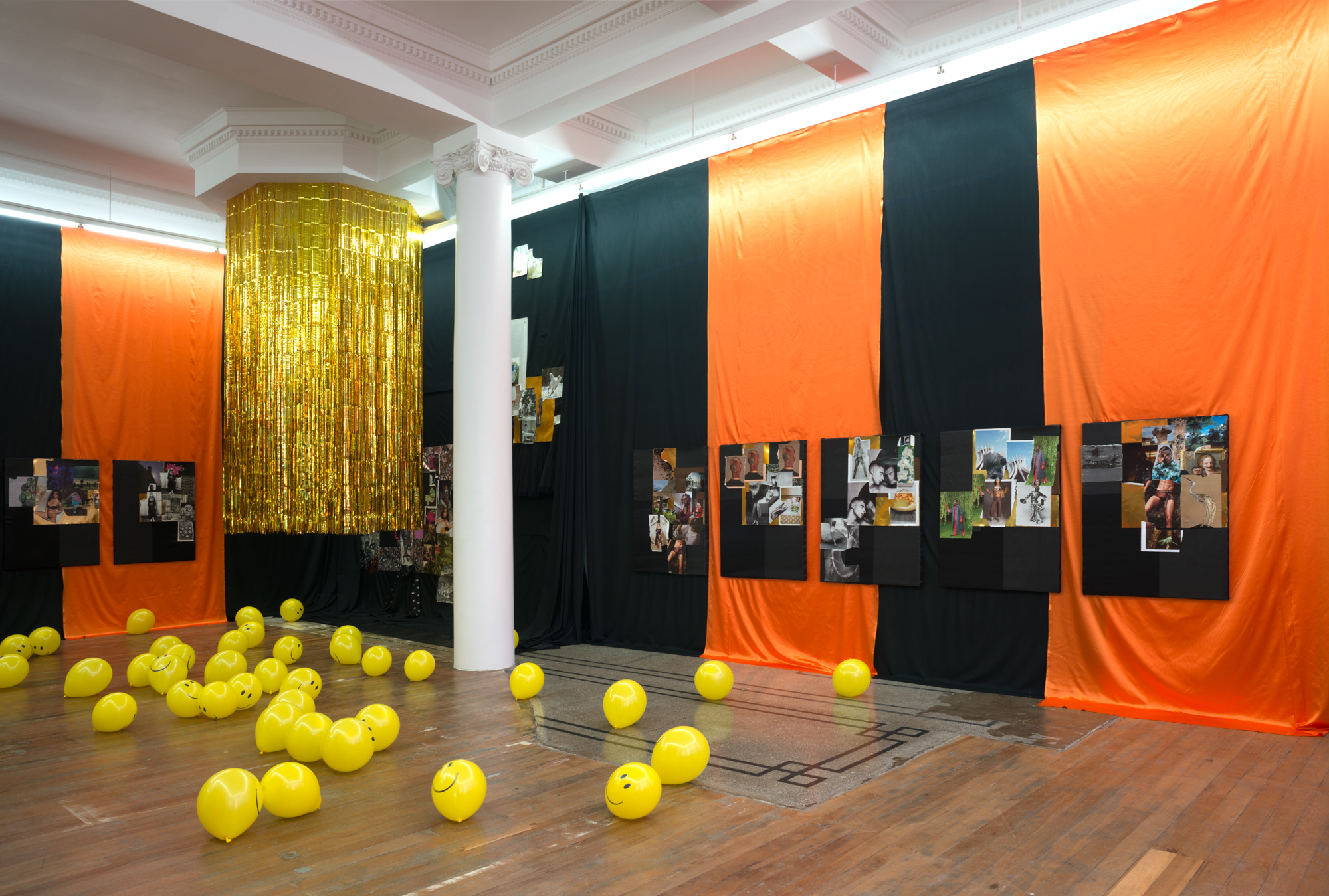 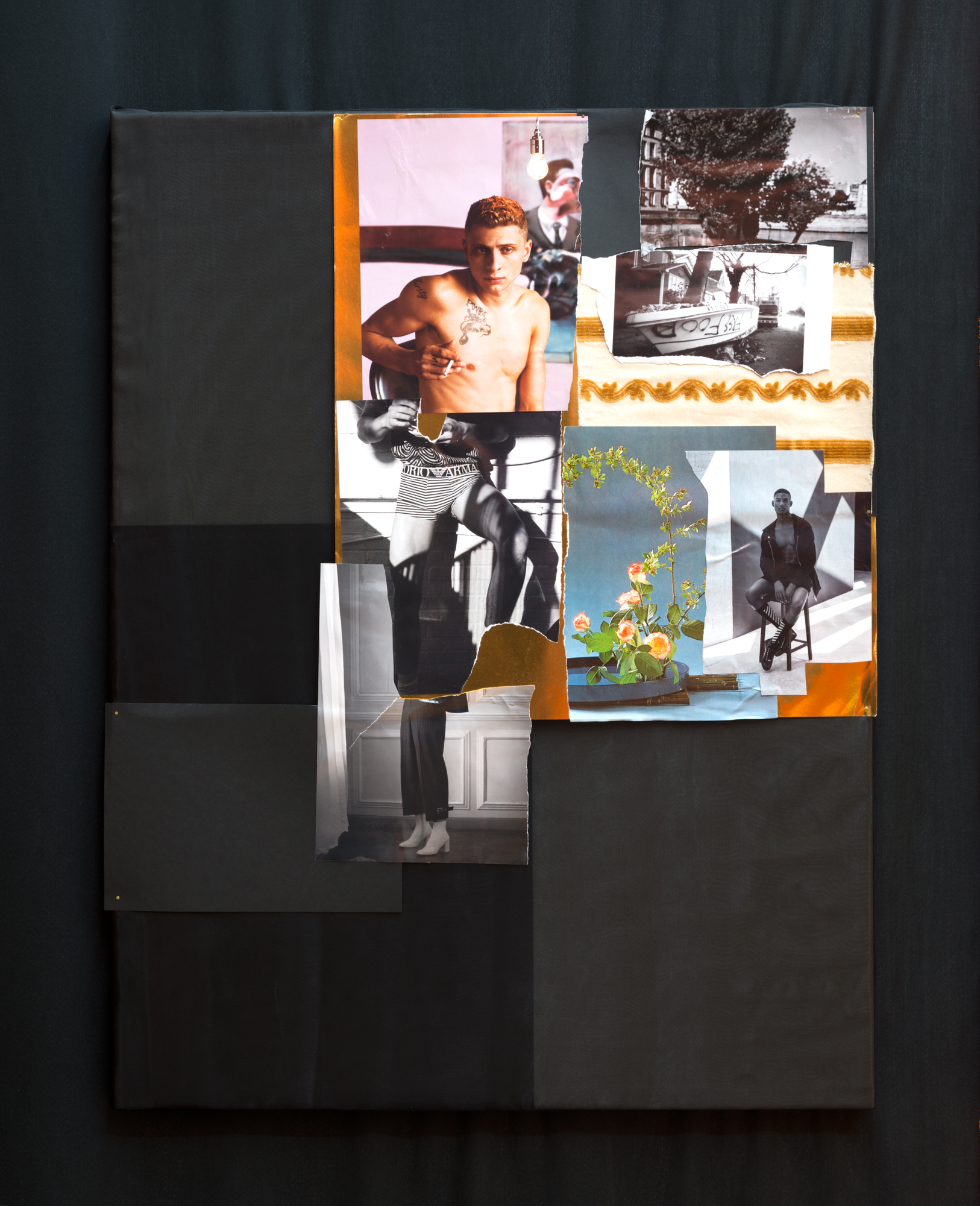 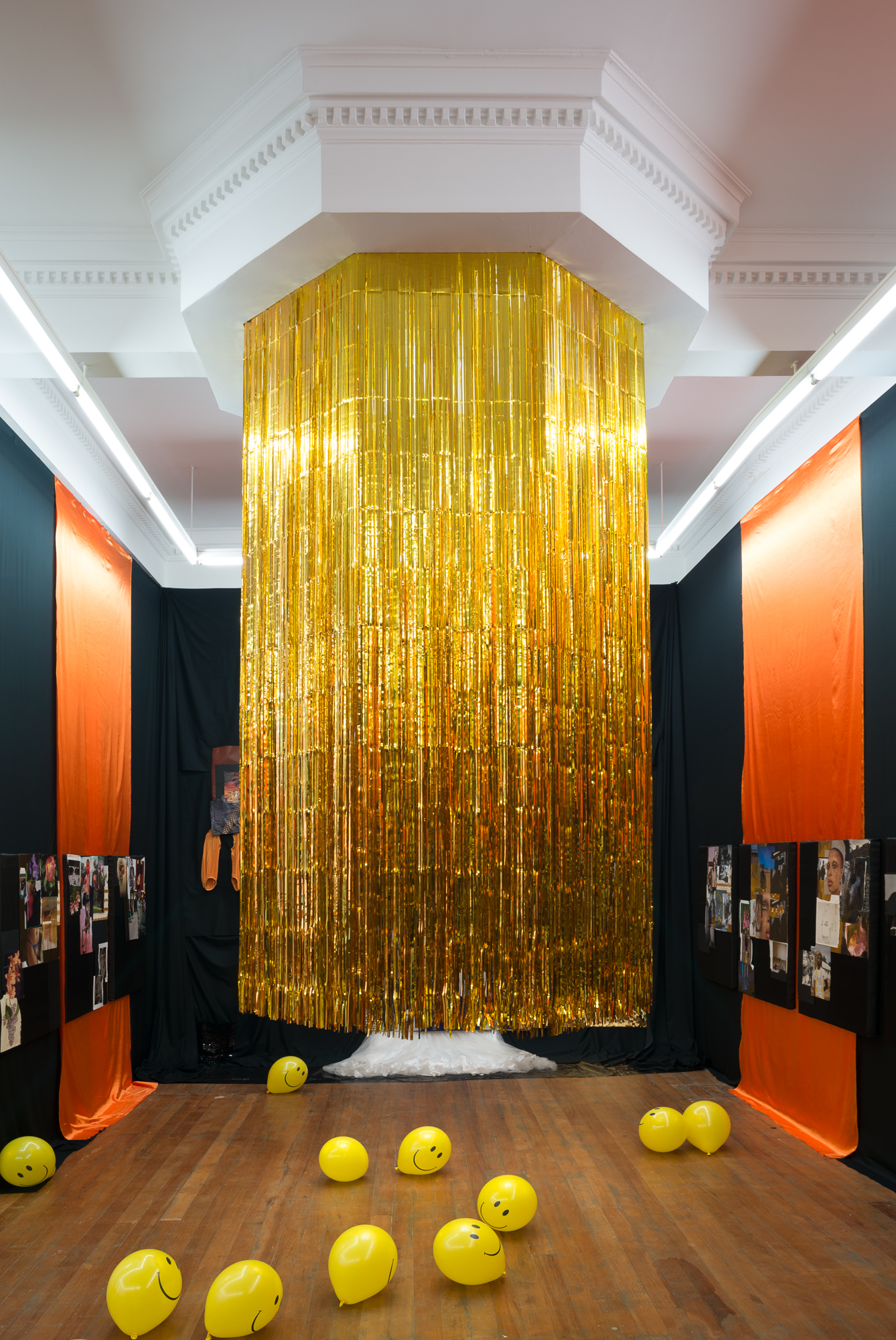 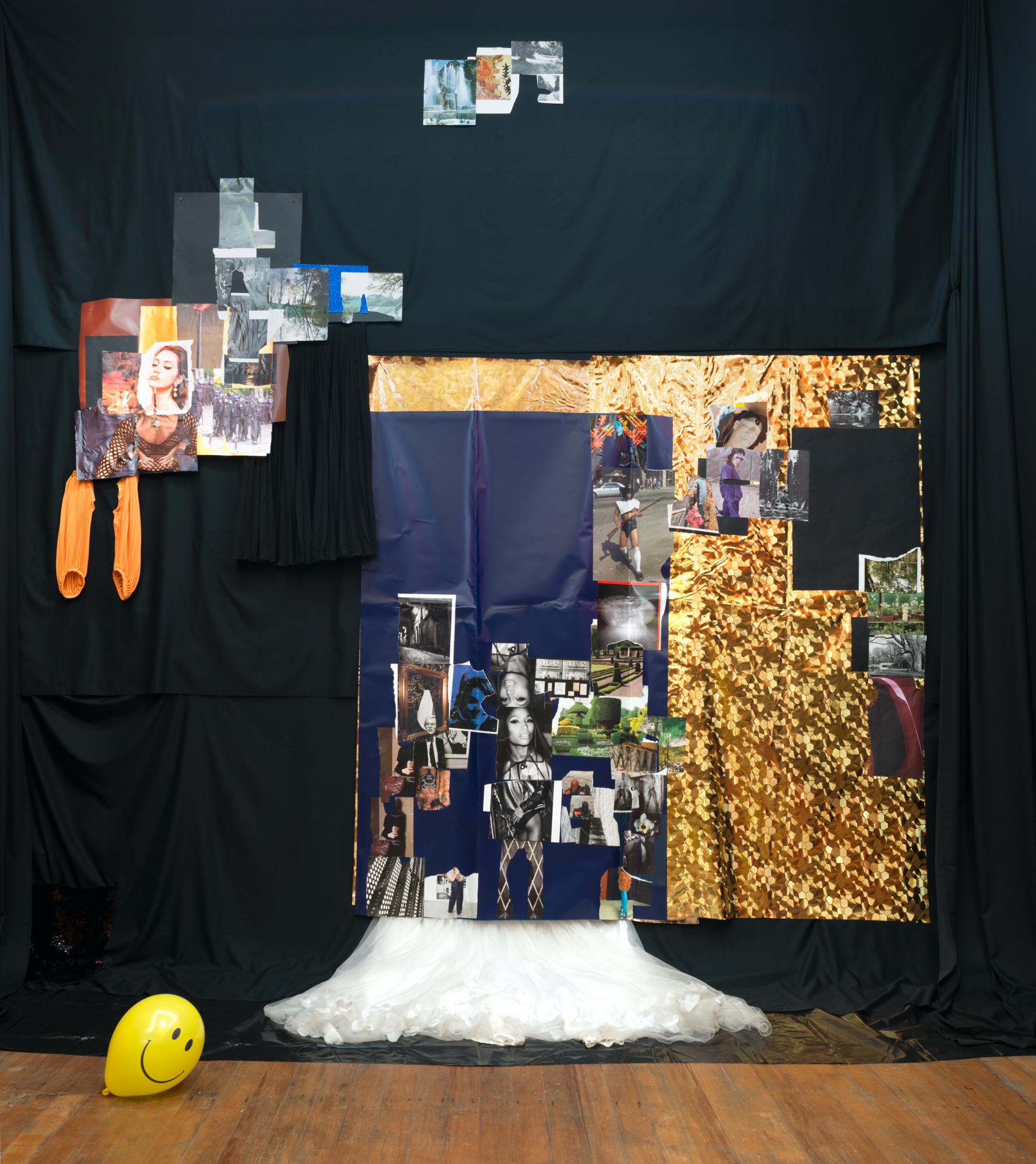 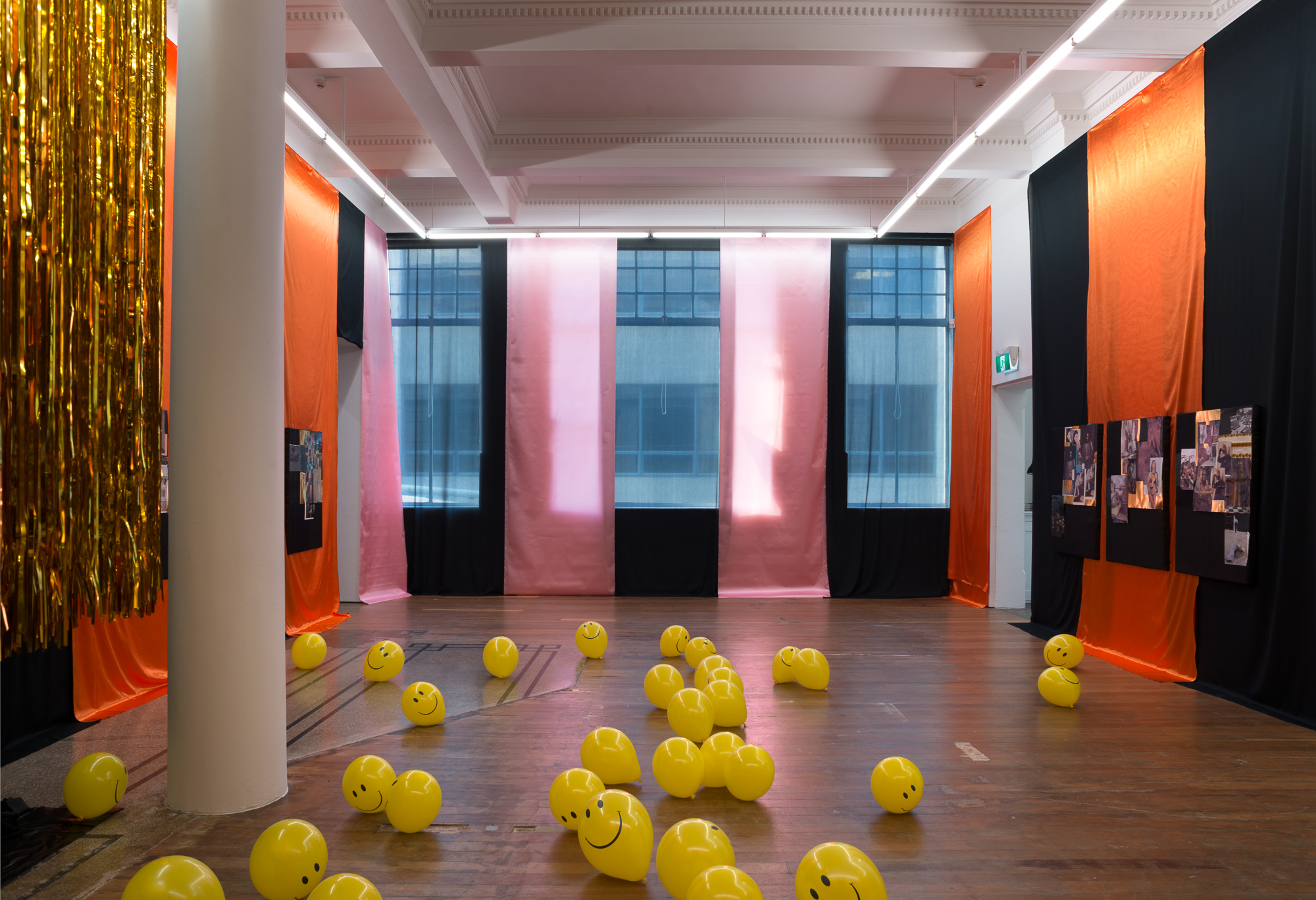 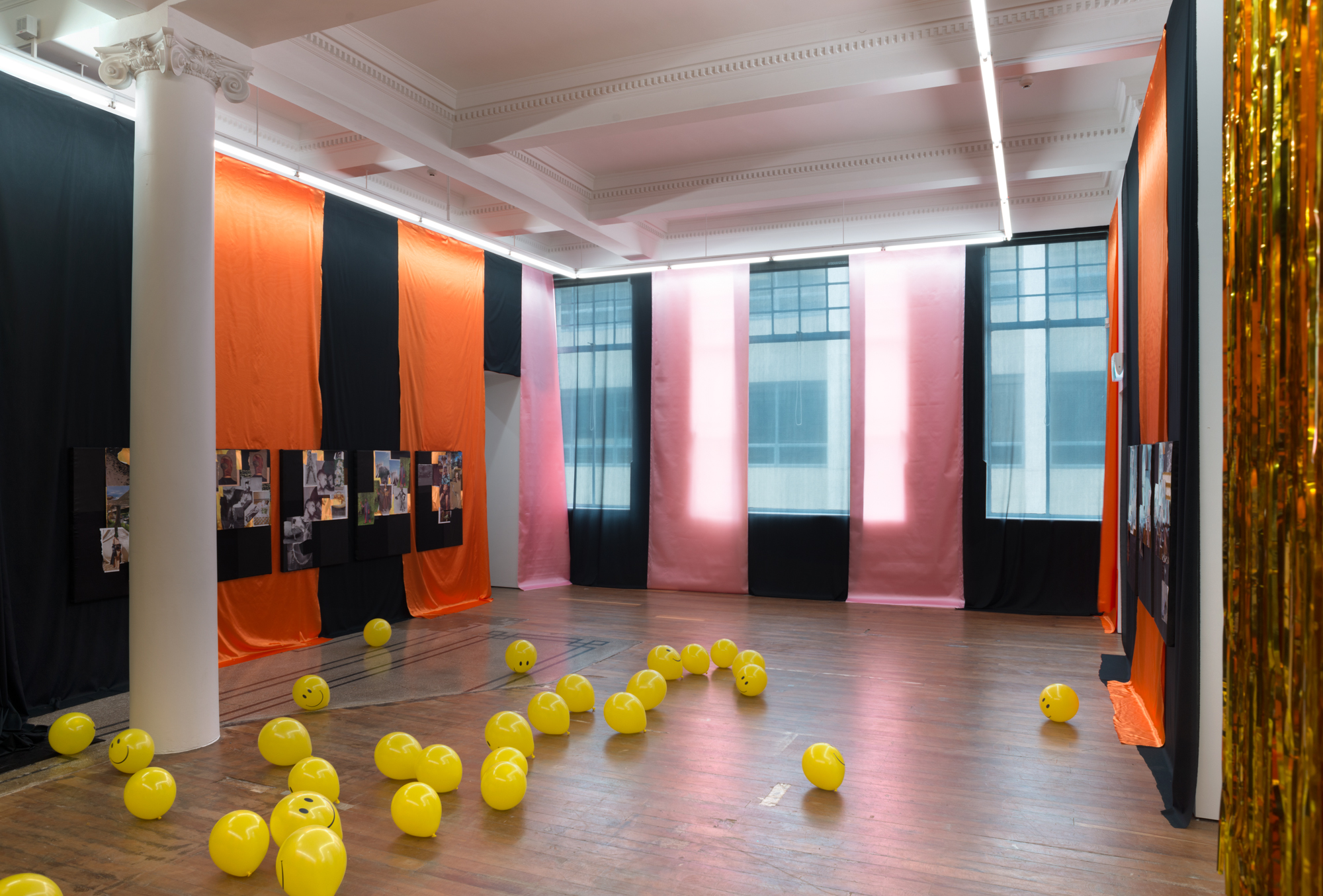 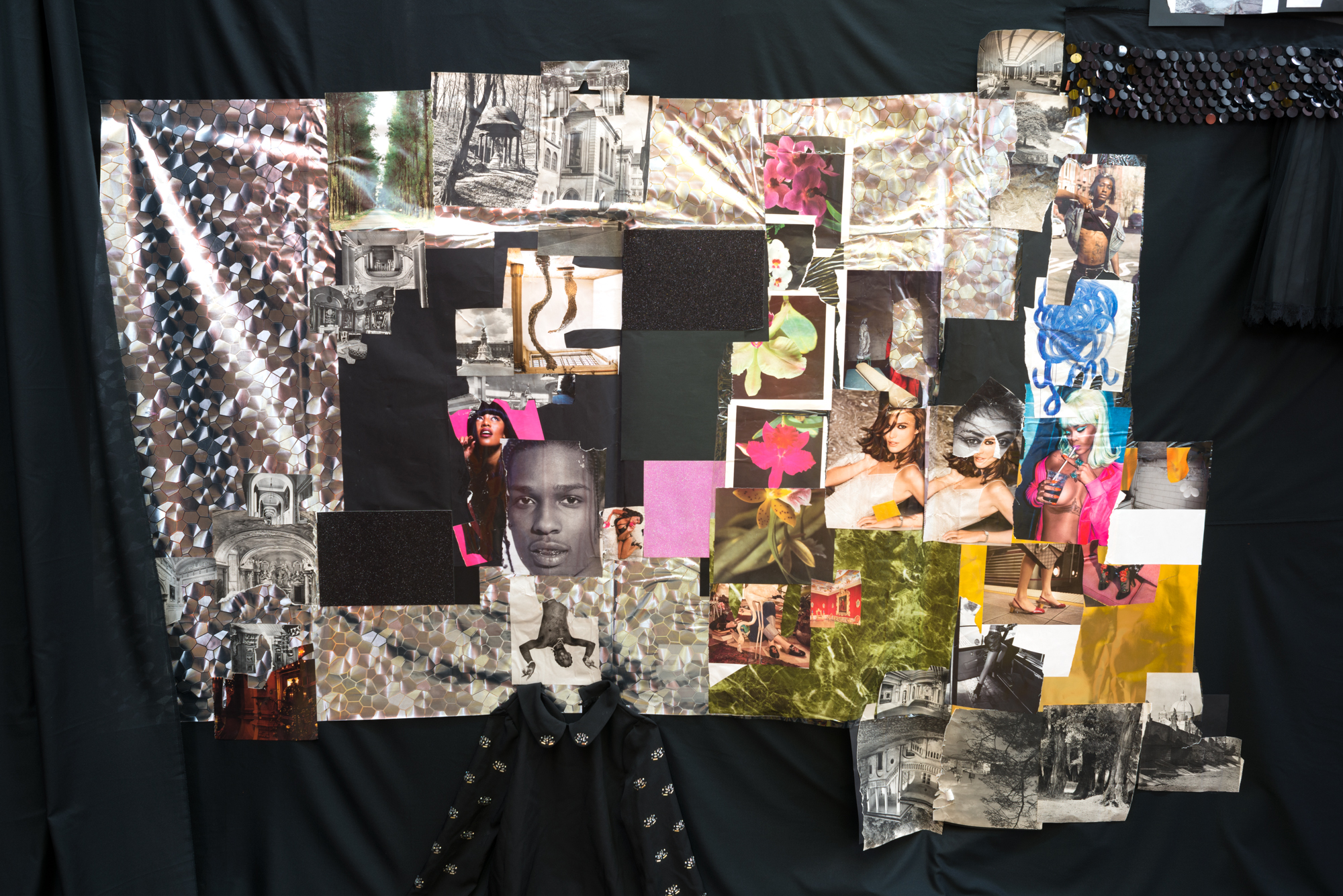 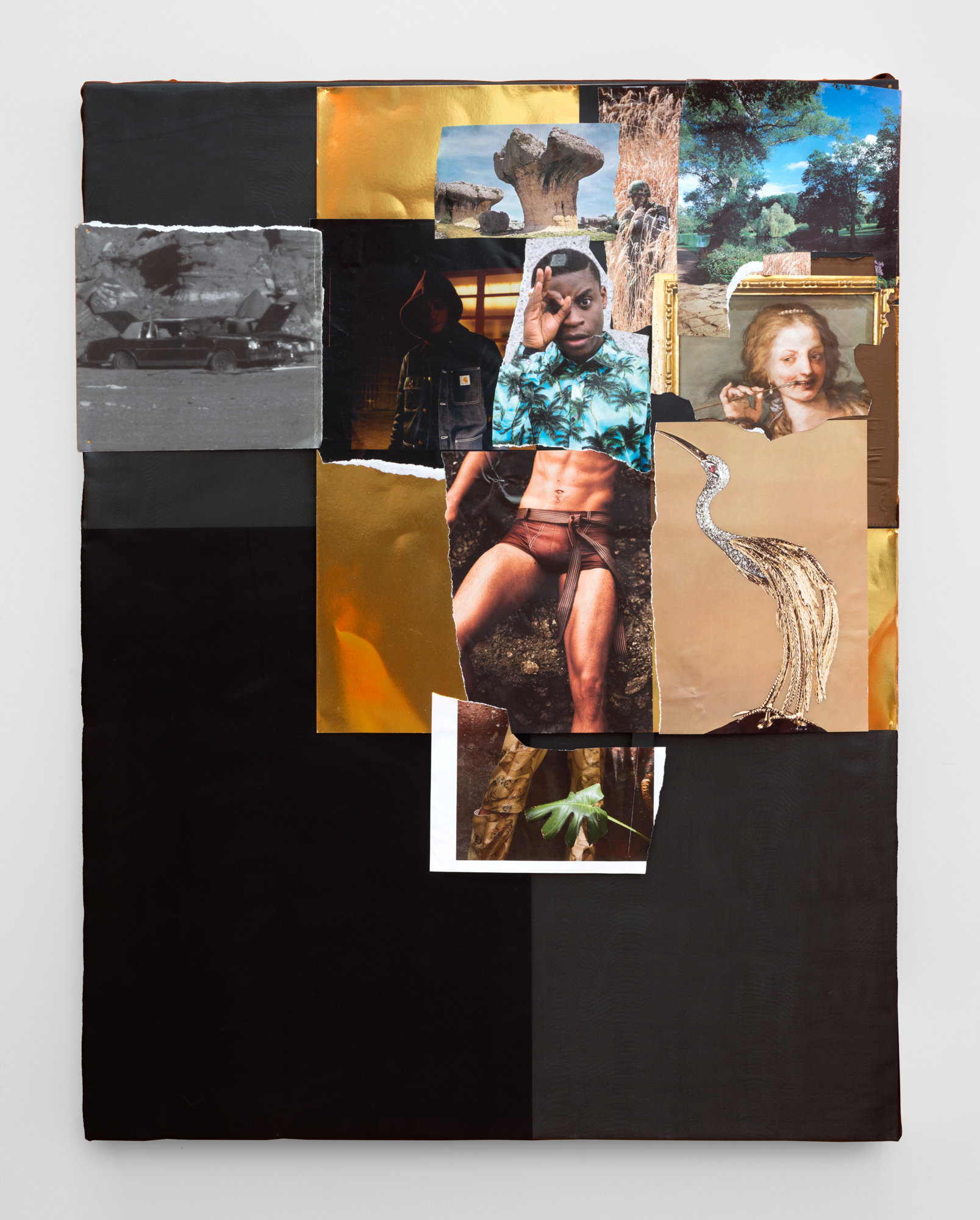 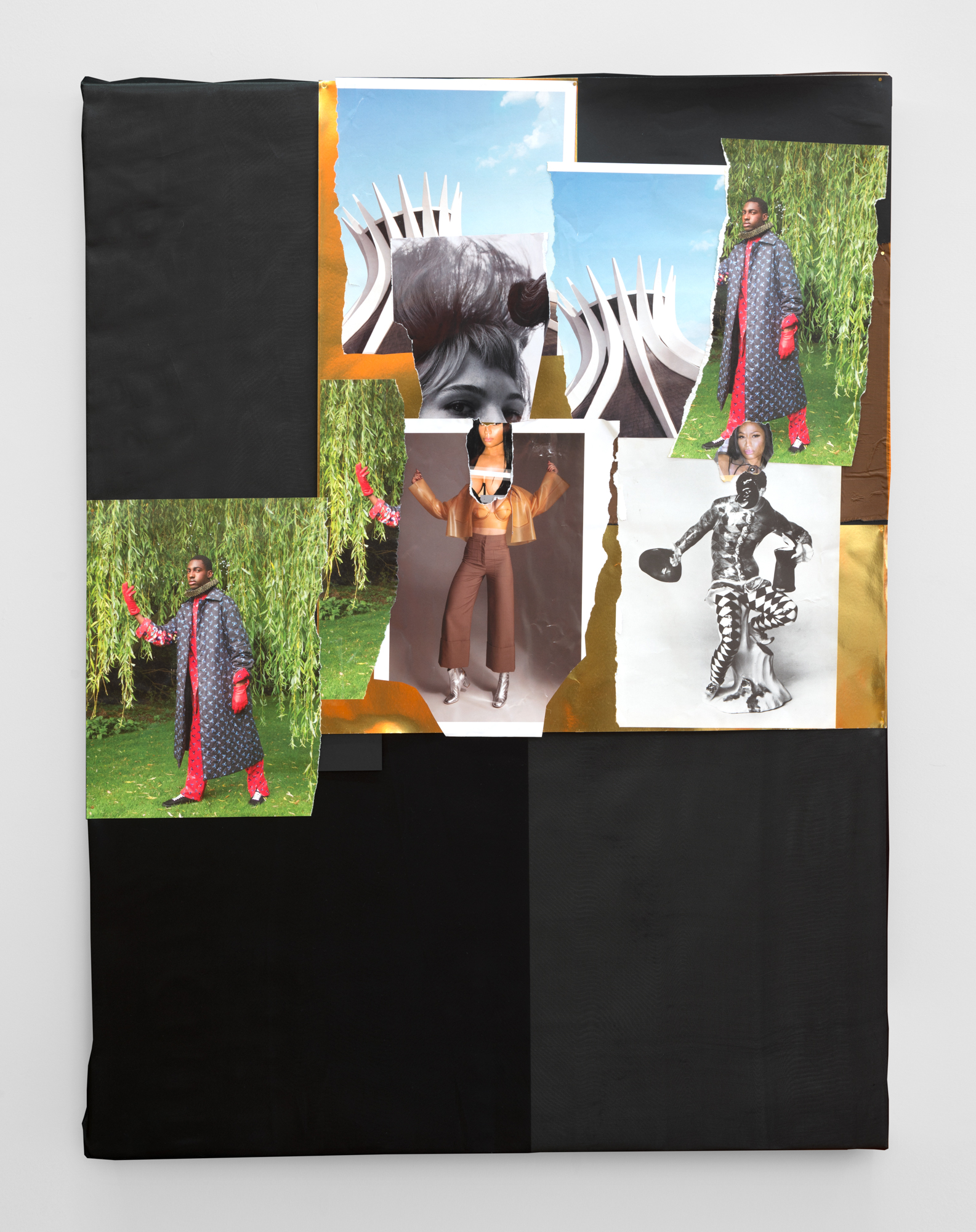 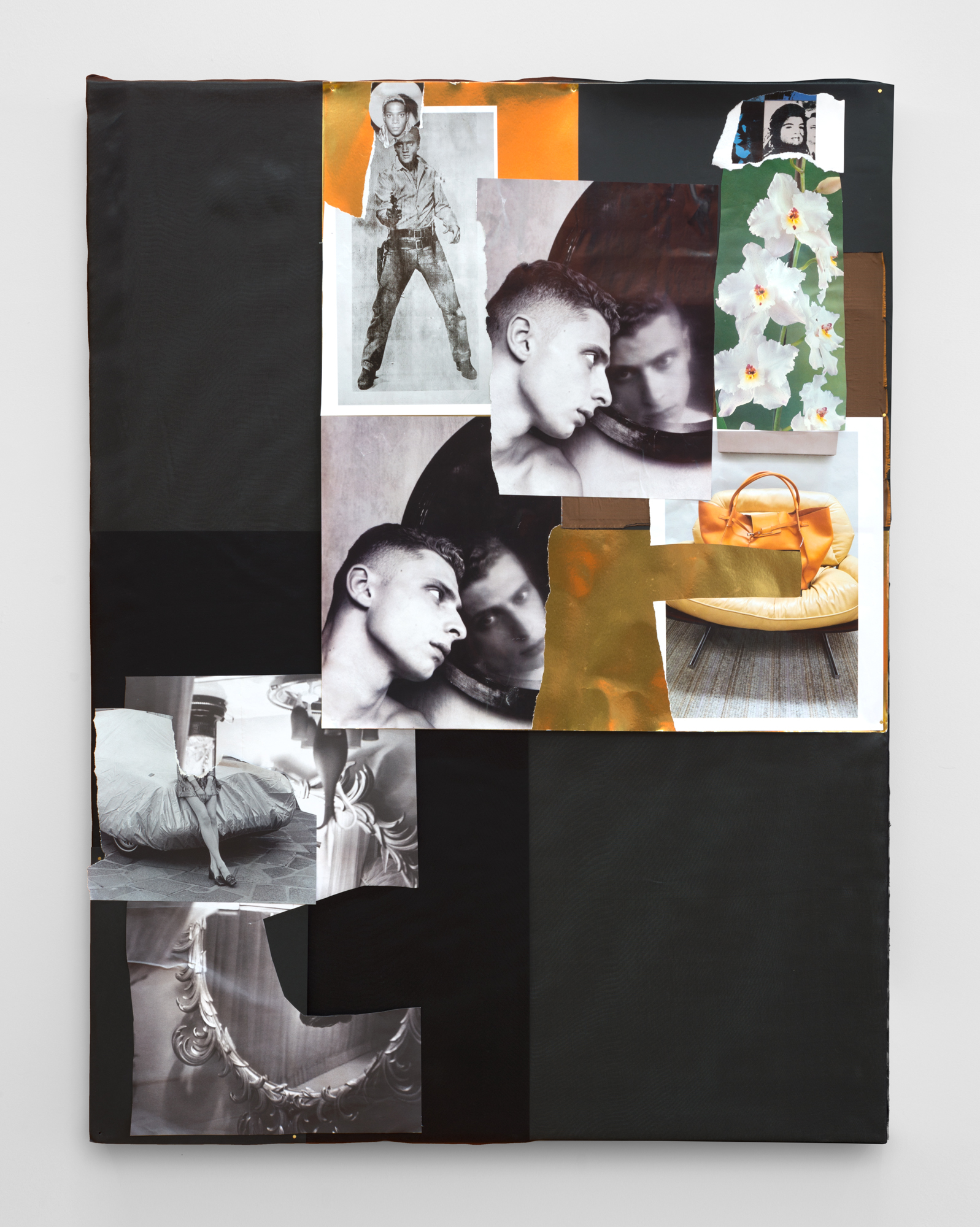 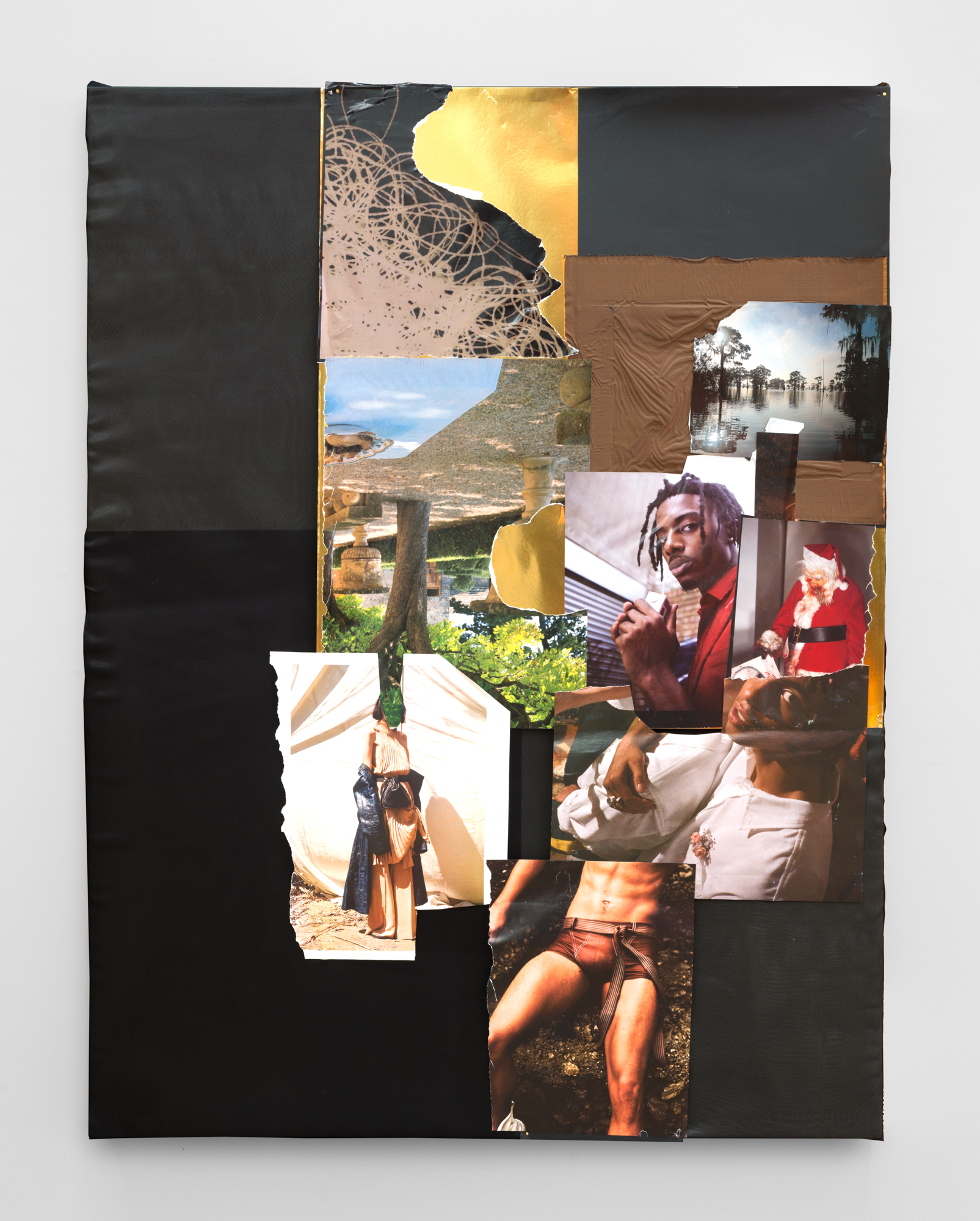 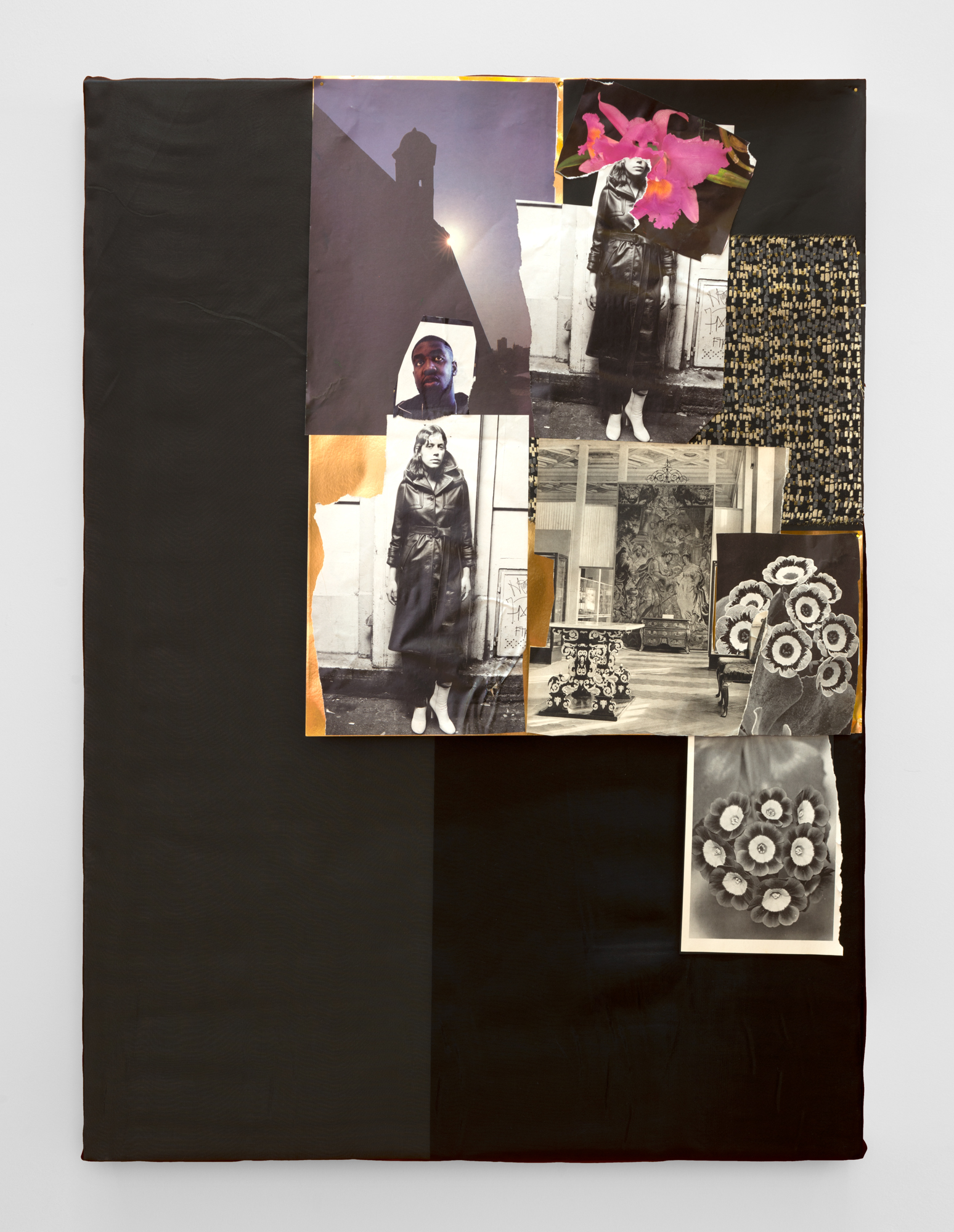 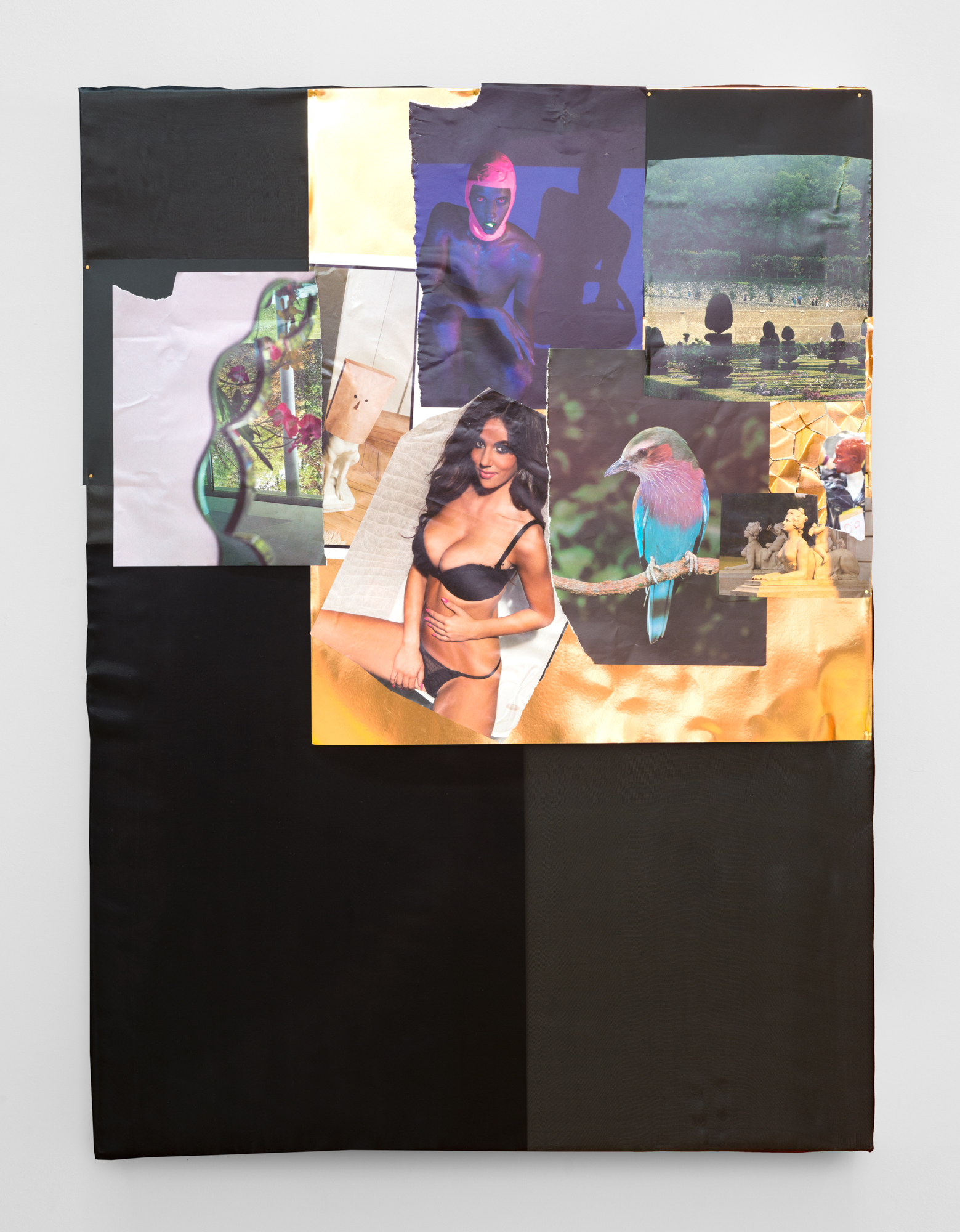 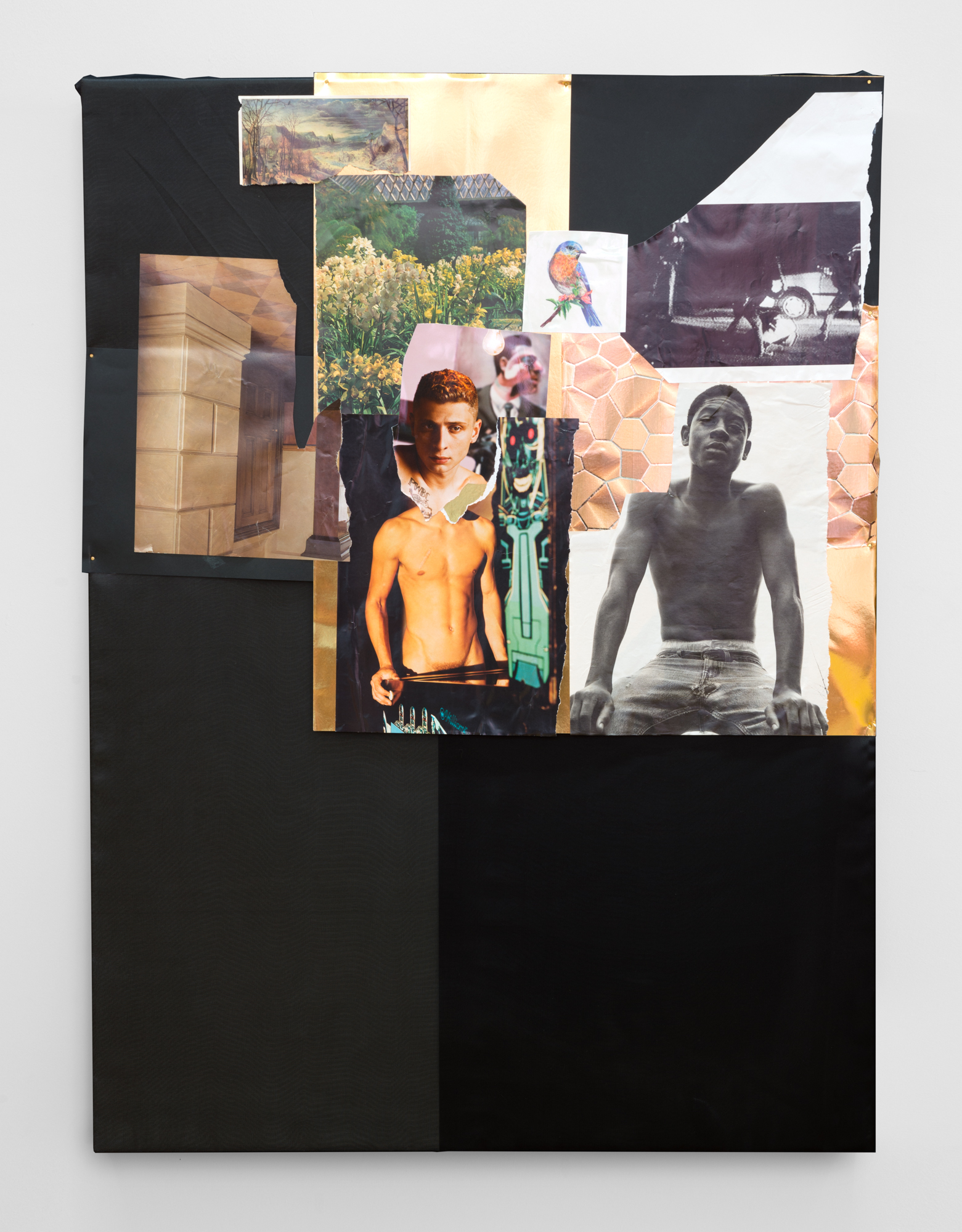 Michael Lett is pleased to present THE MAKING OF CARBON COPY 2018, a new site-specific installation by Jacqueline Fraser.

This elaborate work offers an alternate behind-the-scenes narrative of the 1981 film Carbon Copy. Tackling prejudice within an exclusive Californian community, this comedy stars a young Denzel Washington in his feature-film debut.

THE MAKING OF CARBON COPY 2018 is bourgeois, elegant and formal. Gold tinsel chandeliers hang amidst swathes of fabric, collages and embroidery. Images taken from magazines and gardening books create fictional scenes from the film, repeating themselves in unexpected juxtapositions. Anything with a picture is fair game.

Fraser’s ‘THE MAKING OF’ collages and installations are an ongoing series of works which are conceived as fictional, fantasies of possible cult movie remakes. Drawing on film as a starting point to explore different subcultures, these works often seek to challenge various social preconceptions.